BULLHEAD, S.D. — A punishing winter piled up snow on Ron Brownotter’s pastures so high that half of his cattle starved because they couldn’t graze the frigid, windswept prairie surrounding the Grand River.

A four-day blizzard stacked drifts as tall as a house, blocking roads to his pastures during the winter of 1996-97. “That changed everything for me,” he said. “I knew I had to diversify from beef cattle.”

The hard lessons from that disaster helped persuade Brownotter to switch to raising bison, the rugged “Monarch of the Plains” that adapted to thrive in the unforgiving environment of the Dakota prairies.

“They take care of themselves,” he said. “They’re hardy; they’re strong.”

Today, the Brownotter Buffalo Ranch on the Standing Rock Indian Reservation sprawls over 20,000 acres, home to a herd of 600. His herd is part of a bison resurgence at Standing Rock that also includes native herds owned by the tribe and others.

For Brownotter, raising bison isn’t merely about practicalities. It’s about his ancestry and identity, an extension of the days when the Standing Rock Sioux were sustained by bison herds that once roamed the Northern Plains by the millions.

“I’m raising buffalo because I’m a Lakota-Yanktonai person on Standing Rock,” he said. “We’re surviving here. It’s who we were and who we are.”

Thanks to years of hard work, Brownotter is doing much better than surviving.

His operation is believed to be the largest bison ranch solely owned by an American Indian in the United States and Canada, according to the National Bison Association.

It took years of struggle and help from financial partners to survive a gauntlet of challenges.

When he started ranching more than 20 years ago, he was commuting from California, where he was attending college, and he had to scrounge for posts to build a fence to hold his herd.

“I started with nothing,” he said.

The roots of the Brownotter Buffalo Ranch span three generations. When many families at Standing Rock were forced to sell their land allotments, his grandmother bought 320 acres in 1917.

“She never sold out,” he said, referring to his grandmother, Annie Leaf. His ranch southwest of Bullhead in Corson County occupies an area called Leaf Crossing.

The parcel his grandmother bought, later inherited by his father, became the basis for Brownotter’s ranch when he got his start in 1994. He eventually bought the land from his family and gradually added more rangeland through leases and purchases from neighbors.

They also hunted to keep food on the table. “A lot of times we went hunting deer on horses,” he said.

Growing up around cattle — and living amid a sea of grass — imbued Brownotter with a strong urge to raise livestock at an early age.

“I knew I was going to be a rancher since I was 12-years-old,” he said. “As a young person I would come out here and fix fence, on my own, without being told.”

He spent money that fell into his hands on items including a shovel and ax, which he regarded as investments in his future. “I knew I needed tools to become a rancher,” he said.

In 1994, while studying agriculture at Cal Poly in Pomona, Calif., Brownotter plunged into the cattle business with the purchase of 100 beef cattle using a loan from a federal loan program.

Whenever he could break away, he made the 1,500-mile commute, one way, back home to Standing Rock to tend his cattle. Family and friends helped when he was away, but being so far from his livestock nagged at him.

“It was a constant worry,” Brownotter said. Also, he added, “My equipment wasn’t up to par.”

While at Cal Poly, as a class assignment on agricultural entrepreneurism, Brownotter persuaded his study group to draft a business plan for a bison ranch on Standing Rock. The idea was viable, but it would be years before he would pursue it.

A setback in his early ranching days came when he was denied a loan to build pasture fencing. Years later, Brownotter would join a class-action lawsuit by American Indian farmers and ranchers alleging loan bias by the U.S. Department of Agriculture.

He had already started building the fence but had to rip it out. Then came the killer winter.

The impetus to turn to bison ranching came in 2000 or 2001. Brownotter and his wife, Carol, were out for a quiet drive to Bullhead.

Carol, who was taking classes at Sitting Bull College, knew that it would be a good time to switch to bison. “I noticed buffalo prices were at a slump,” she said. The cattle losses in 1997 remained a painful memory, and she knew Ron had yearned to raise bison for years.

“I just felt that this was the time to make the change,” she said. “I just said it — ‘We should go into buffalo.’ ”

That November, the Brownotters went to Custer State Park in the Black Hills for the annual bison auction, where they bought six bison yearlings. Brownotter fenced off 10 acres near their home.

They were bison ranchers.

“That was an amazing feeling,” Carol said.

Not long afterward, Brownotter had what turned out to be a fateful meeting with a future partner. He made a presentation to the Sitting Bull College board, suggesting they could raise money through a bison herd.

The board didn’t seem impressed, but one of the board members approached Brownotter after the meeting. Tom Aman, a business owner from Aberdeen, S.D., agreed to help Brownotter get the financial backing he needed.

At the time, Brownotter had 30 to 40 head of bison on 2,000 acres. A couple of months later, Aman and another man visited the ranch. They came with a message that stunned Brownotter. The upshot, he said: “We invest in Native American businesses and money is not an issue. Overnight, we grew from 2,000 to 20,000 acres.”

With financing in hand, Brownotter set about expanding his herd.

“We went to every buffalo sale in the area that year,” he said. He returned to the Custer State Park auction, one of the country’s leading bison markets, and bought every female in the ring.

“I sat in the back, the only brown face in the crowd,” he said. “I was outbidding everybody. I enjoyed it.”

At another auction, in Mobridge, S.D., he bought 200 head of bison.

There was just one problem. Brownotter didn’t have enough fenced pasture to hold a herd that had abruptly mushroomed in size. His only option was to unload the bison in the middle of his sprawling pasture.

“Talk about faith,” he said.

After making such a bold move, however, Brownotter was looking for reassurance. A religious man, Brownotter asked God for a sign. He was sitting on a plateau overlooking the Grand River, a mile from where Sitting Bull had lived.

He looked down and next to him was an eagle feather — “It was right there” — which he believes was an auspicious sign.

Brownotter took a roundabout path to ranching. He joined the Marines after graduating from high school, an enlistment that took him to California, where he was stationed at Camp Pendleton.

“I joined the Marines to get away from here because I was drinking too much, getting into trouble,” he said.

The Marines, in fact, got Brownotter into treatment. He spent the last three years of his 10-year hitch working as a drug and alcohol counselor. Sobriety has become a cause.

Brownotter has his eye on a neighbor’s 160-acre parcel. He’d like to turn it into a retreat center where residents of Standing Rock can receive inpatient addiction counseling, a service that is not available on the reservation, despite high rates of addiction.

The site he has chosen is directly east of his ranch headquarters and is surrounded by bison range, which he believes would provide a pastoral setting. Brownotter, who has lined up support from a backer, is confident his dream will become a reality someday.

“I guarantee this will be built,” he said, quoting a pledge from the backer that he recorded on video.

Some of Brownotter’s bison have an exotic pedigree. He received 201 bison that came from Catalina Island off the California coast, where a small herd had been transplanted in the 1920s to make a movie.

The Catalina bison, which he received around 2005, were a gift and an important part of establishing his growing herd. “That’s another miracle,” he said.

Brownotter has room to expand his herd to 750 and expects to reach that number in time. But he regularly thins his herd, selling more than 300 calves and yearlings every November in an auction from the corrals on his ranch.

He also hosts bison hunts on his ranch, another way of culling his herd, especially unruly bulls who have a habit of breaking through fences to eat his neighbors' crops. “They want that buffet,” he said.

Twenty-five years after starting with nothing, Brownotter is now on sound financial footing. Earlier this year, he bought out his partners’ interest in the ranch, giving him sole ownership.

He attributes his success to a string of miracles and the rich grazing lands on Standing Rock, especially pastures of native grasses. "Those are dollar bills waving in the wind," he said.

His growing ranch is part of a broader resurgence of bison at Standing Rock. The tribe has a herd of 250 and a cooperative in the reservation’s Rock Creek District, where Brownotter’s ranch is located, has a herd of 800 to 900, to name two other large herds.

Now in his late 50s, Brownotter is thinking about who will take over the ranch when he retires. He has four children — three daughters and a son — all of whom own bison. He hopes one of them, or another family member, will succeed him.

Years ago, Brownotter had a dream that long puzzled him. He was standing near the St. Aloysius Catholic Church in Bullhead, which he attends, and a herd of bison came thundering past him, running from east to west and stirring up a cloud of dust.

Today he regards that dream as a harbinger of the fate of his bison venture.

“It was a forecast of what was going to happen over time,” he said.

FORT YATES, N.D. — The Standing Rock Sioux were struggling to adjust to newly constrained lives as farmers when word came that a large herd of…

Two-hundred bison from the south unit of Theodore Roosevelt National Park will go to new homes after a roundup is completed this week. American Indian tribes in the U.S. will use the bison for ceremonies, nutrition programs, and to restock herds.

'We’re trying to get back to our way of life:' Northern Arapaho Tribe gets its own buffalo herd

More buffalo arrived on the Wind River Reservation last week, joining the more than 30 that already call the land home.

SANTA FE, N.M. — Evidence is mounting that wild North American bison are gradually shedding their genetic diversity across many of the isolate… 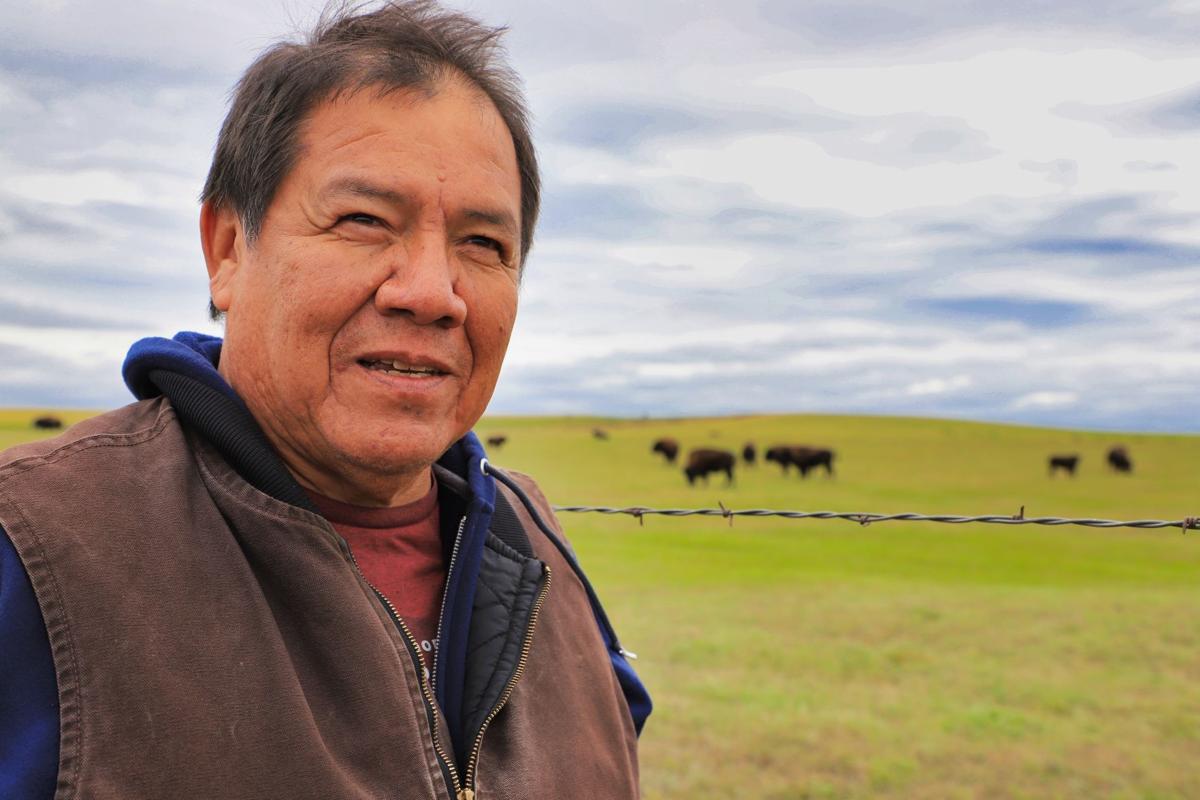 Ron Brownotter talks about his ranch with bison in the background. His ranch, on the Standing Rock Indian Reservation, sprawls over 20,000 acres, and serves as home to a herd of 600. 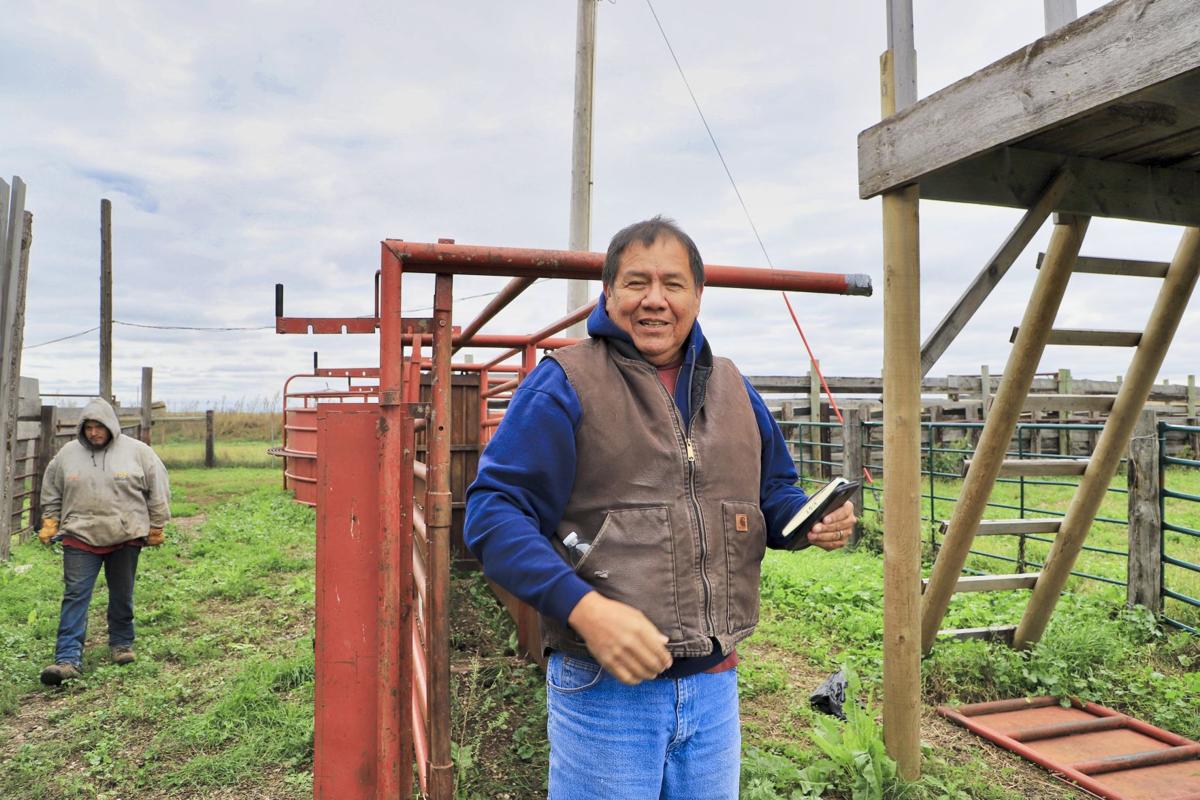 Ron Brownotter works at his ranch, "Brownotter Buffalo Ranch." Referring to a dream he was had, he said, "It was a forecast of what was going to happen over time." 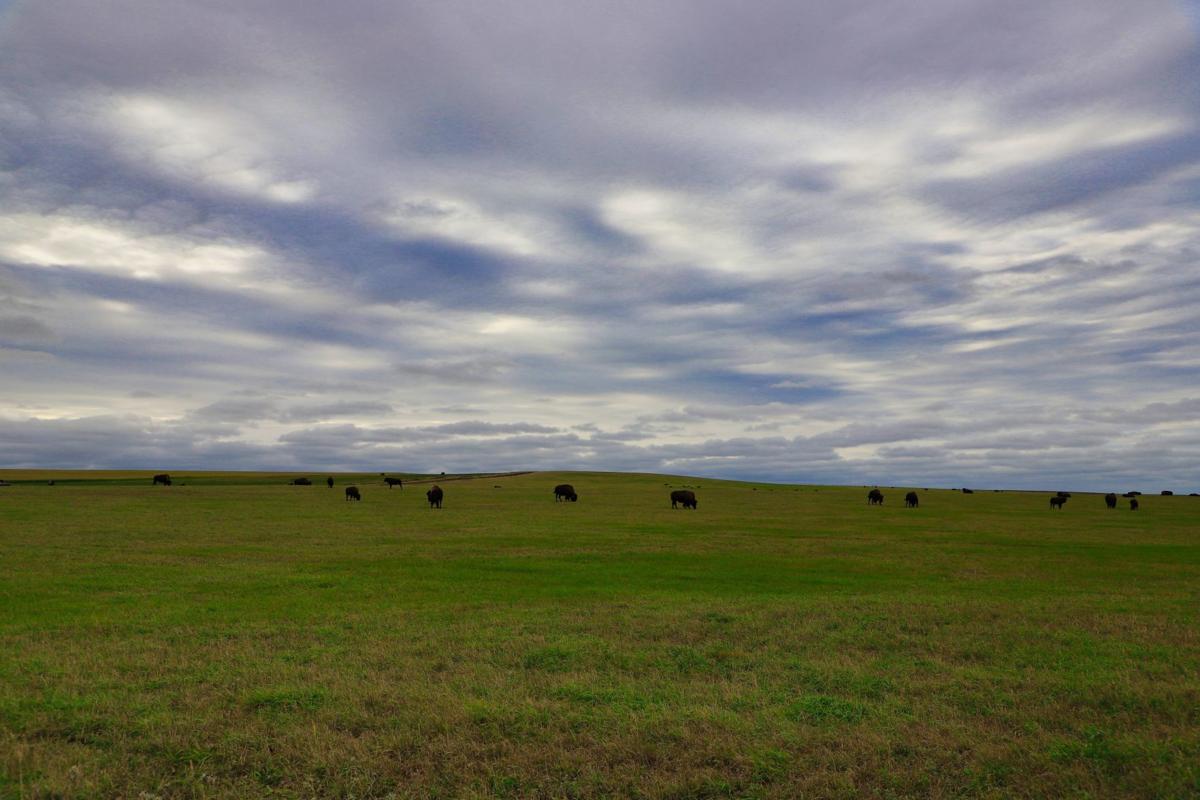