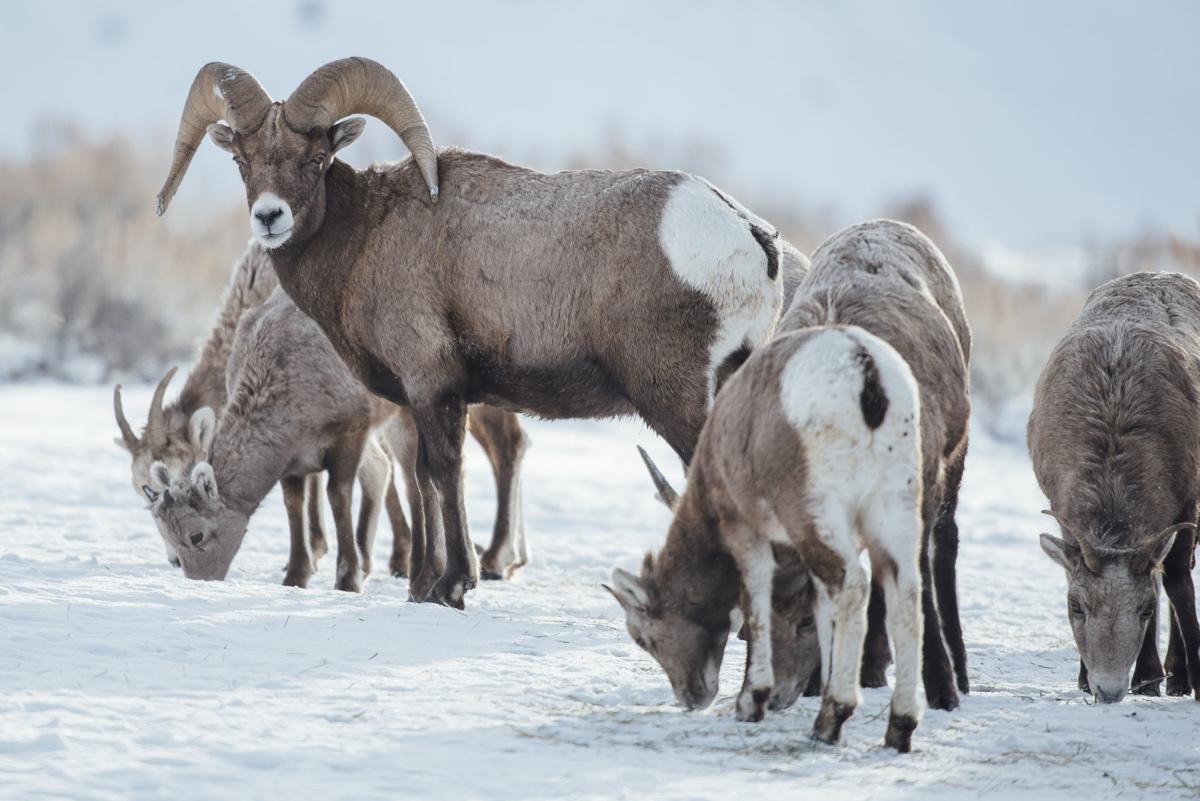 A study published this month by Montana State University researchers has found diverse patterns of migration among different sheep populations. 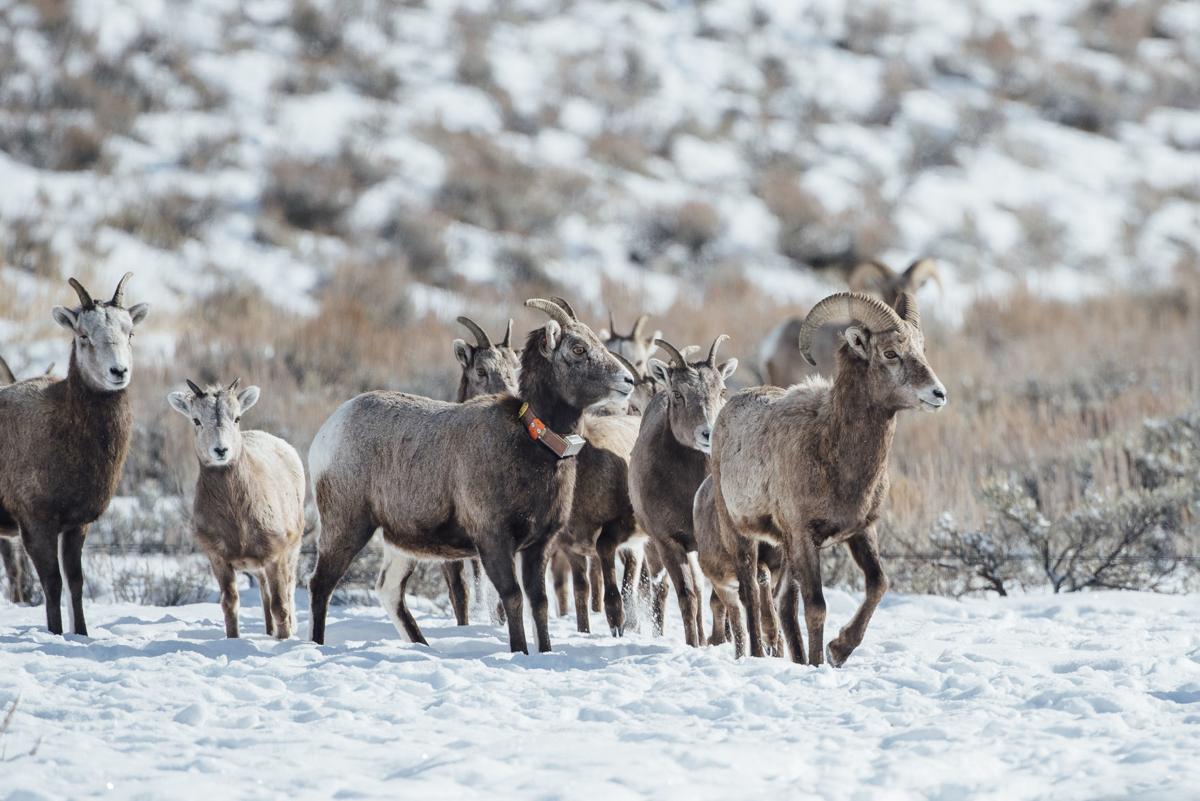 The MSU study revealed that not only do bighorn sheep in native populations tend to migrate more on average, they also exhibit longer migrations and have more diversity in how they migrate.

BOZEMAN — On the surface, bighorn sheep migration is like that of many other large mammals, moving to higher elevations as snow melts in the springtime then returning to lower ground to forage as winter sets in.

The paper, “Characterizing population and individual migration patterns among native and restored bighorn sheep (Ovis Canadensis),” was published in the journal Ecology and Evolution in July.

“This paper is the first to quantify migratory diversity in ungulates and start to ask questions about how our understanding of migratory diversity can influence sheep populations and their restoration,” said lead author Blake Lowrey, who is now a postdoctoral researcher in MSU’s Department of Ecology. Lowrey completed his Ph.D. in November.

The paper draws from an extensive data set compiled by the Greater Yellowstone Mountain Ungulate Project and the Montana Bighorn Initiative, both of which are led by MSU ecology professor and co-author Robert Garrott. Data was collected from 209 female bighorn sheep in the Rocky Mountains in collaboration with national parks, state wildlife agencies, land managers and researchers in Montana, Wyoming, Idaho and Colorado. Rather than focus on a single herd, the partnership allows for comparative studies across 18 populations of bighorn sheep.

Between 2008 and 2017, researchers fit bighorn sheep with GPS collars to track their movements. Blood was drawn to obtain measures of health in each animal. Nasal and tonsil swabs provided insight for disease and pathogen work. According to Garrott, it’s the largest coordinated research effort on bighorn sheep ever undertaken.

“Putting that all together provides a really rich data set to address a number of important topics related to bighorn sheep management,” Garrott said.

Lowrey, a spatial ecologist who studies distribution of animal species over the landscape, used the locations collected from the GPS collars to investigate migration patterns in the bighorn sheep. He defined core summer and winter ranges for individuals and measured elevation and geographic distances between the ranges. These migration patterns were then compared between types of herds: native herds that have never been removed from their historic ranges and herds within the historic bighorn sheep range in the Rockies but had been restored or augmented through species translocation.

“Migratory patterns in ungulates are thought to be learned,” Lowrey said. “If you remove animals from the landscape, you lose the herd memory needed to maintain a diversity of migratory patterns.”

In his research, Lowrey found not only do the bighorn sheep in native populations tend to migrate more on average, they also exhibit longer migrations and have more diversity in how they migrate. Sheep within a single native herd may migrate upward of 25 miles, they may travel short distances between high and low elevations, or they may stay at high elevations year-round. Yet within the restored and augmented populations, there is less variety. Most individuals have the same relatively short migration or do not migrate at all.

“Blake’s work is the first that has really demonstrated this contrast in migratory diversity between restored and native populations,” Garrott said.

While researchers have yet to determine what effect these patterns may have on bighorn sheep populations, Lowrey noted that diversity has important benefits in migratory fish and bird populations.

As part of his dissertation, Lowrey published papers on mountain goat habitat and range expansion, disease in mountain goats, and the niche overlap between native bighorn sheep and introduced mountain goats. And he said there’s more coming. Lowrey also plans to look at the effect of landscape characteristics such as spring green-up, road density and other development as factors that may influence migratory patterns of bighorn sheep.

“The work that he’s doing is giving us a stronger knowledge of how animals use the landscape and what they might need,” Garrott said. “This knowledge should help inform restoration and management in the future.”

A Montana ranching family’s decision to run a herd of goats and sheep in a region that supports the largest bighorn herd in the state, and was…

MSU’s Dave McWethy is the lead author on a paper published this week in the journal Nature Sustainability that outlines best practices for social and ecological resilience in a Western landscape where wildfires are becoming inevitable.

A field excavation of a triceratops near Ekalaka in July was one way for MSU paleontology undergraduates to gain a better understanding of the field.

After a long drought for bighorn sheep transplants in Montana, the Department of Fish, Wildlife & Parks is proposing an introduction in th…

A study published this month by Montana State University researchers has found diverse patterns of migration among different sheep populations.

The MSU study revealed that not only do bighorn sheep in native populations tend to migrate more on average, they also exhibit longer migrations and have more diversity in how they migrate.