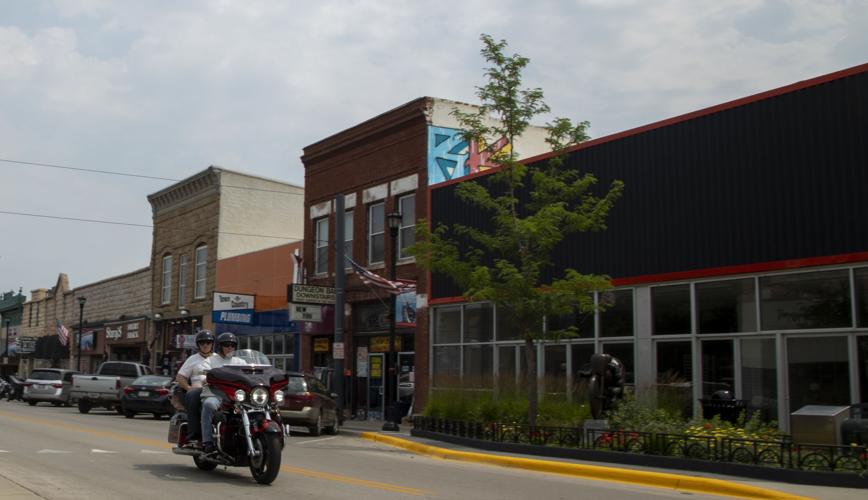 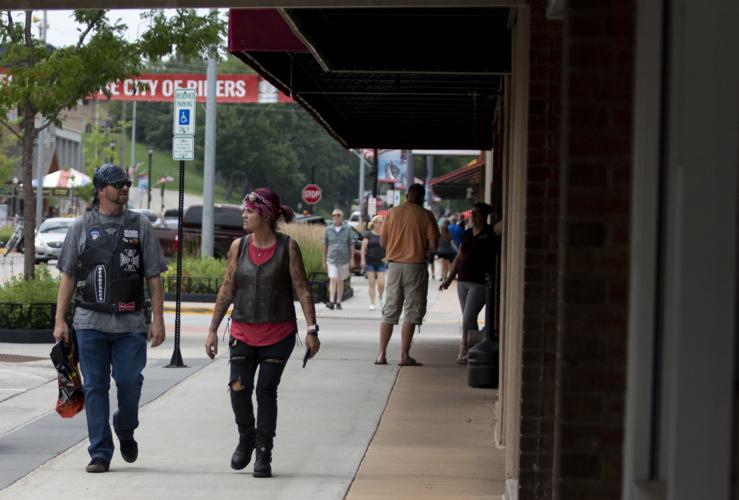 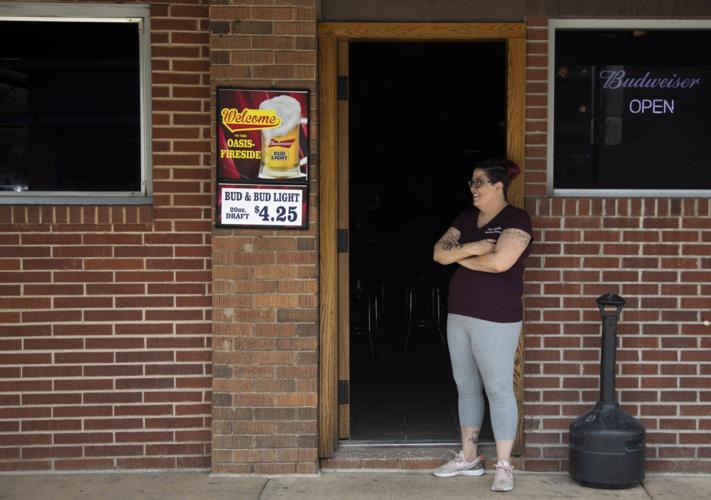 Bartender Christa Peterson takes a break outside the Oasis Bar and Fireside Lounge on Friday in Sturgis. 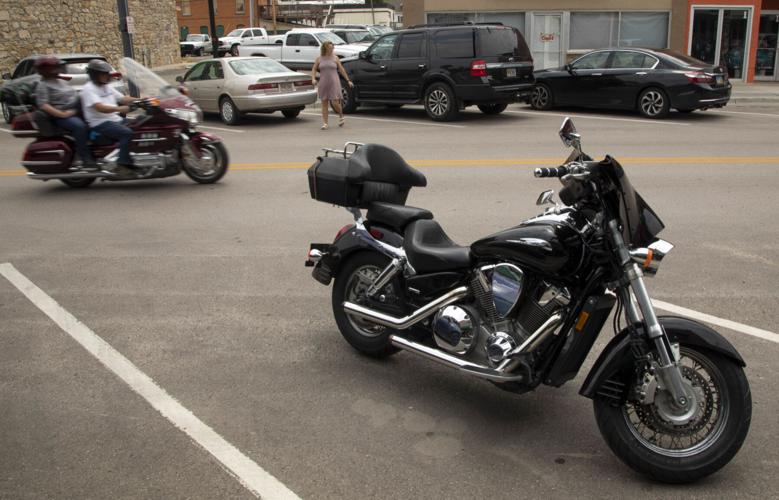 Preparing for more than half a million visitors is a daunting task, but Sturgis has done it for years. This year is bringing a few new challenges to the forefront as the city hosts the 81st Sturgis Motorcycle Rally from Aug. 6-15.

Public Information Officer Christina Steele said Wednesday that finding enough employees to staff venues, bars, restaurants, hotels and campgrounds has been a significant concern as the city and businesses ramp up for hundreds of thousands of visitors.

"We have no way of tracking how many people are planning on coming to the rally in any given year, but just in having conversations with a lot of stakeholders, campgrounds, hotel owners, they are looking at a very, very busy rally," Steele said. "We have been actively recruiting for several positions like our civilian security hired to keep an eye on our sponsors' activation areas, parking areas and several random positions that we're hoping to hire for."

Steele said the police department seems to be doing better in hiring the extra law enforcement needed for the rally, as most officers return every year. But the low unemployment numbers in South Dakota are making it difficult to hire for other positions.

"It really has been a very big challenge this year getting enough people to come on for the hotels, restaurants and bars," she said. "Our stakeholders are having the same issue as every community in South Dakota is experiencing. There just aren't enough people to work. So, we are asking our visitors to be patient and understanding, knowing that service might be a bit slower than in years past."

Another challenge for planners is that rally-goers can drink beer or wine from 10 a.m. until 10 p.m. each day of the rally on Main Street. The Sturgis City Council approved allowing open containers in souvenir cups purchased from the city.

"There will be several different locations downtown where people can go and purchase their official souvenir cup if they want to have beer or wine in the public right-of-way," Steele said. "So, when they purchase the cup, they will get ID'd, they will be given a wrist band to prove that their ID has been checked. That will allow people to enjoy their beverages in the public right-of-way. After 10 p.m., they will not be allowed to do that."

Steele said the price of the souvenir cups will be determined next week and that people can purchase one cup for the entire rally instead of purchasing a cup each day.

During the 2020 Motorcycle Rally, attendance was significantly down because of the COVID-19 pandemic. As a precaution, rally-goers were encouraged to wear masks and the city installed several hand sanitizer stations downtown.

For the 2021 edition of the rally, Steele said no active messaging about masks will be put forth by the city and there will not be any hand sanitizing stations this year installed by the city.

The economic benefit of the Sturgis Motorcycle Rally is a huge boost not only for Sturgis but the entire Black Hills, Steele said.

"The rally is so widespread and has an economic reach in all directions," Steele said. "That is certainly felt in a lot of communities. They are all looking forward to having a really good year, but like everybody else, they are going to be challenged with having the right number of people to help in the bars, restaurants and hotels. People are really looking forward to the rally, but there are certainly some challenges out there."

A 14-year-old boy from Laurel was pronounced dead Tuesday after drowning Monday in Canyon Ferry Reservoir about 20 miles east of Helena, officials said.

Of the thousands who crossed into Sturgis during the 82nd motorcycle rally, here are 24 people that stood out to us.

“ ... The way you keep your huckleberry patch secret is you don't, say, file it (with) a government agency."

After his second impeachment, former President Donald Trump made it his mission to defeat Rep. Liz Cheney, his chief Republican rival. On Tuesday, he succeeded.

Zinke has spent much of this campaign railing against the so-called “deep state,” alleging that an entrenched federal bureaucracy stifles meaningful change.

John Engen, the longest-serving mayor of Missoula, died of pancreatic cancer on Monday, and tributes poured in from far and wide.

Each prison inmate in the program is responsible for shoeing and training four to six horses.

The Montana Supreme Court on Friday struck down an attempt by Republicans in the Legislature to change the way the high court’s justices are elected.

“It’s crazy,” Elias Jade NotAfraid said. “I’m from Lodge Grass – the middle of nowhere. And my work is in the MET!"

Bartender Christa Peterson takes a break outside the Oasis Bar and Fireside Lounge on Friday in Sturgis.