So many ways to draw one line.

There are nine different maps carving Montana into two U.S. House districts, all of which are posted for public comment on the state Districting and Apportionment website.

Time is running out for public comment on Montana’s new congressional districts. The commission’s Oct. 19 meeting is currently the last scheduled time people can testify on the proposed maps in person or by Zoom, and written comments for that meeting should be in by Oct. 16.

Not displayed on the website is how each would-be district voted in the 2020 election. As the market saying goes, “past performance is no guarantee of future results,” but that hasn’t stopped the speculation. Several election oddsmakers have taken the time to do show the political leanings of Montana’s proposed districts.

This is a look at the political lean of each map based on votes cast for president in 2020.

This map nominated by Republican members of the bipartisan Districting and Apportionment commission creates a western district that broke 55.4% for Donald Trump in the 2020 The eastern district broke 58.6%.

Republicans on the commission said they liked this map because the districts were compact, with a dividing line that runs north to south with Cascade and Gallatin counties being split in ways that send both Great Falls and Bozeman into the east.

This map, nominated by Democrats on the commission, creates a western district that almost broke for Joe Biden in the 2020 presidential election. Voters in the would-be district gave Biden 47.7% of their vote, with 49.7% voting for Trump and the remaining vote going to third party candidates.

This map, nominated by Republicans members of the Commission, is very similar to Proposal 1. It divides the state north to south, breaking up Cascade and Gallatin counties and sending Bozeman and Great Falls to the east.

Voters in the western district broke for Trump 55.3%. In the east, Trump collected 58.7% of the vote.

Nominated by Democrats on the commission, this map mostly uses the Rocky Mountains as the dividing line with one exception. Kalispell is part of the eastern district.

Voters in this western district went 50.1% for Trump in 2020 and 47.3% for Biden, with the difference going to third party candidates.

Republicans on the commission nominated this map, which includes Bozeman and Great Falls in the east with Billings, but reaches east along the Hi-Line to draw Rocky Boy's Reservation and much of the Havre area into the west.

This is a map nominated by Democrats, which puts most of the western district in the southwest. In the west, voters give Trump 49.3% of the vote and Biden 48%, with the difference going to third party candidates.

Similar to proposal 4, this map uses the Rocky Mountains at the dividing line. In this case, all of Gallatin County goes to the east. This is a map nominated by Republicans on the Commission.

This is the only map that puts part of Billings and all of Crow and Northern Cheyenne Reservations in the west district. The west district is a long, thin map that stretches from Rosebud County to Lake County, home the Flathead Reservation.

Biden actually wins more of the vote this west district by narrow margins, 48.7% to Trump’s 48.6%

The east still goes strongly for Trump, with the former president picking up 65.7% of the vote to Biden’s 31.9%.

This map has the most geographically compact western district proposed by Democrats. It puts the Flathead Reservation in the east and in doing so divides Missoula County. The west includes every major must-win city for statewide Democratic candidates.

Still, voters in the west broke for Trump 49.8% to Biden’s 47.5% with third party candidates picking up the difference.

Written comments may be mailed, emailed, submitted online, or faxed to the commission at: Montana Districting and Apportionment Commission PO Box 201706 Helena, MT 59620-1706

The battle for Gallatin County congressional voters heats up. The city is blue, but much of the rest of the county is red.

The options for drawing Montana’s congressional districts have narrowed to two, with few days allowed for public reaction.

With time running out to create two new U.S. House districts, Montana’s Districting and Apportionment Commission is scrambling to produce a co…

In one final edit to the single line dividing Montana’s two congressional districts, Republicans and the chairwoman of the state’s districting… 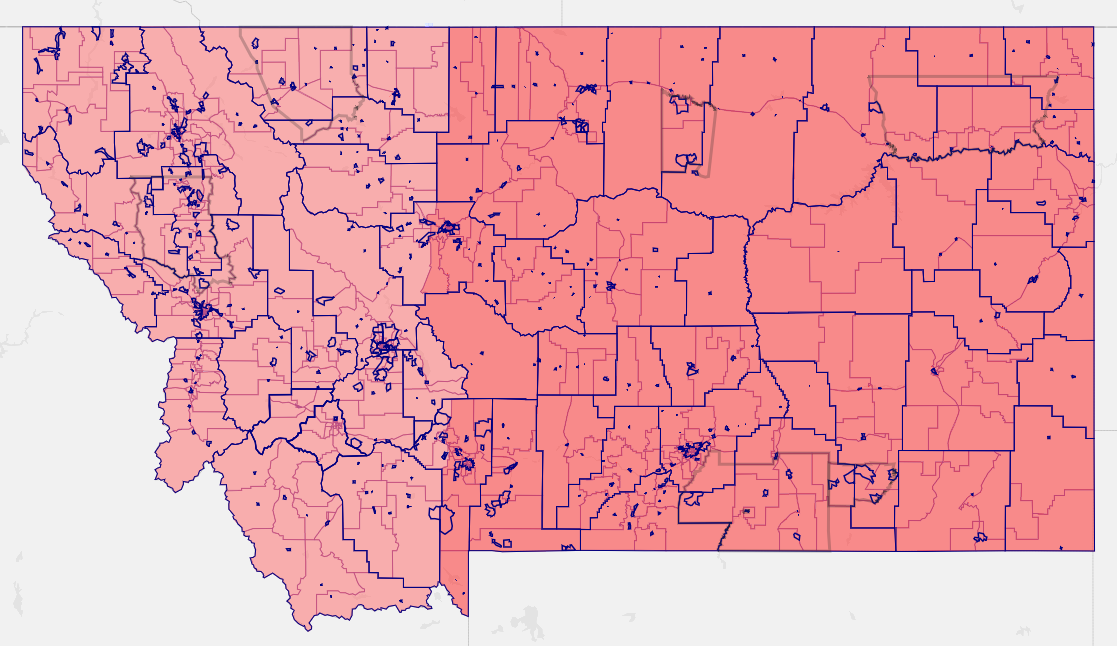 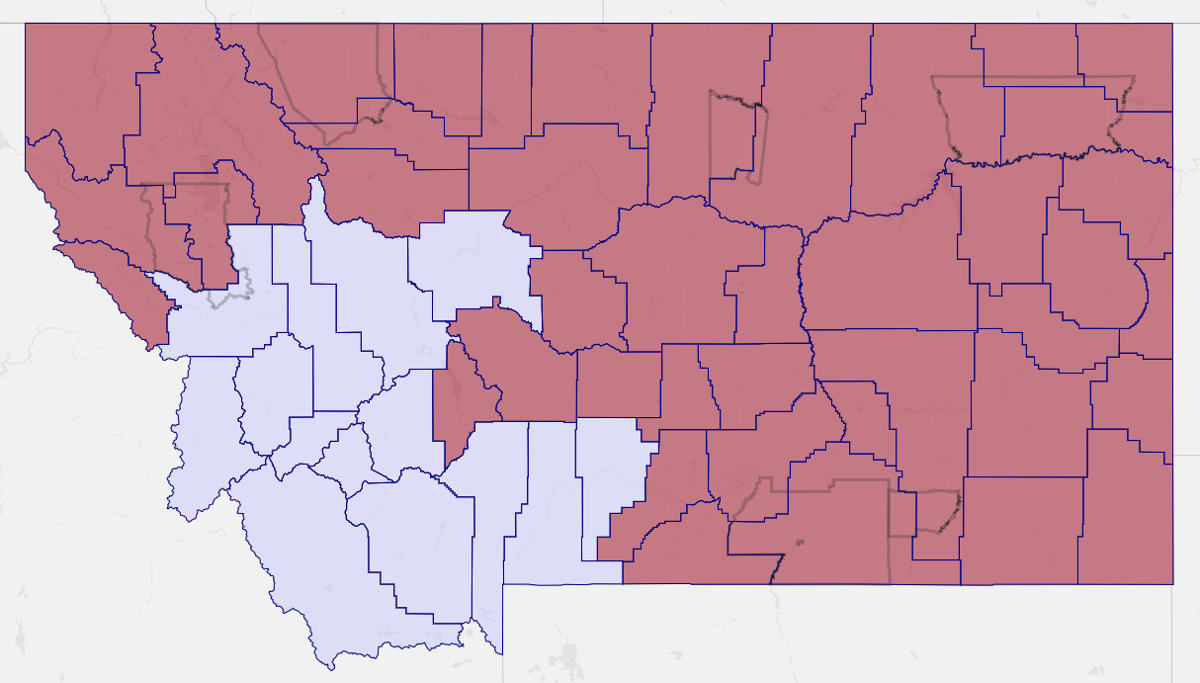 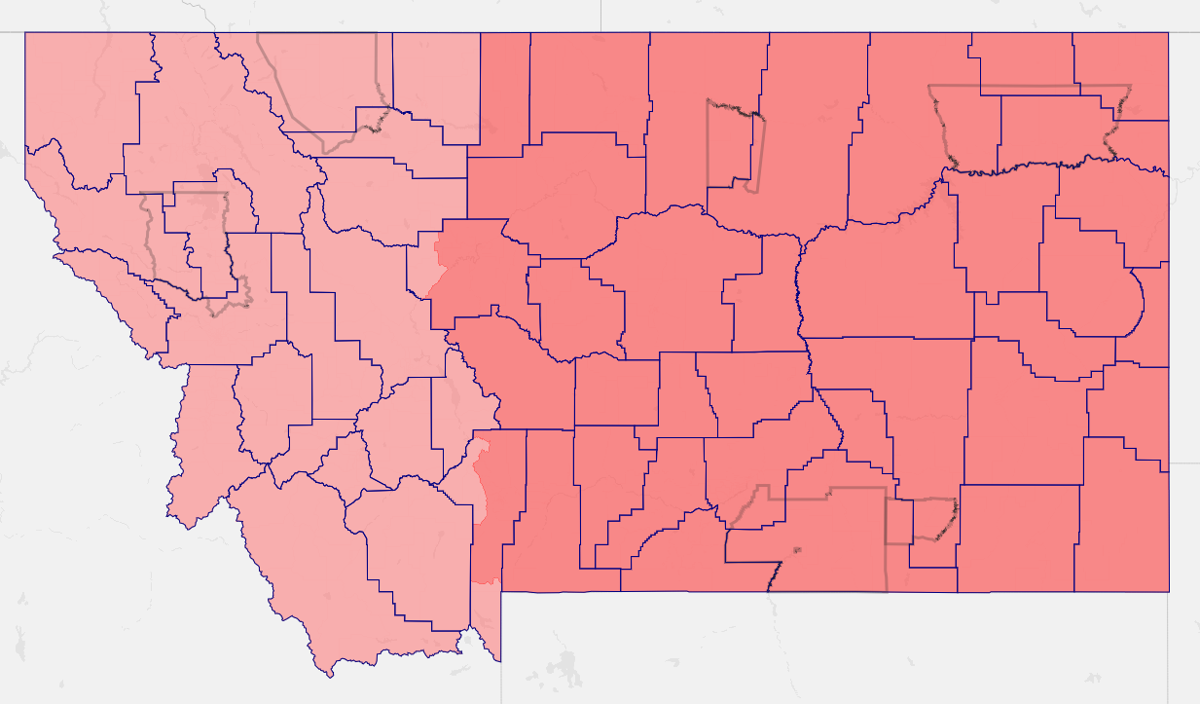 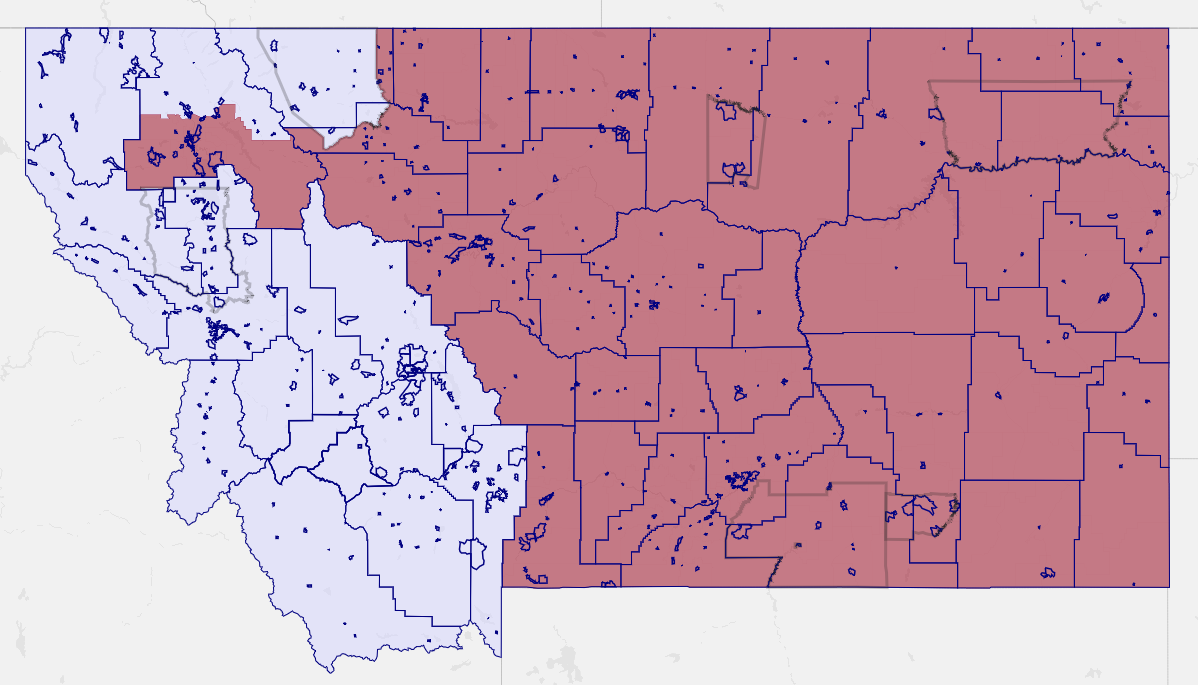 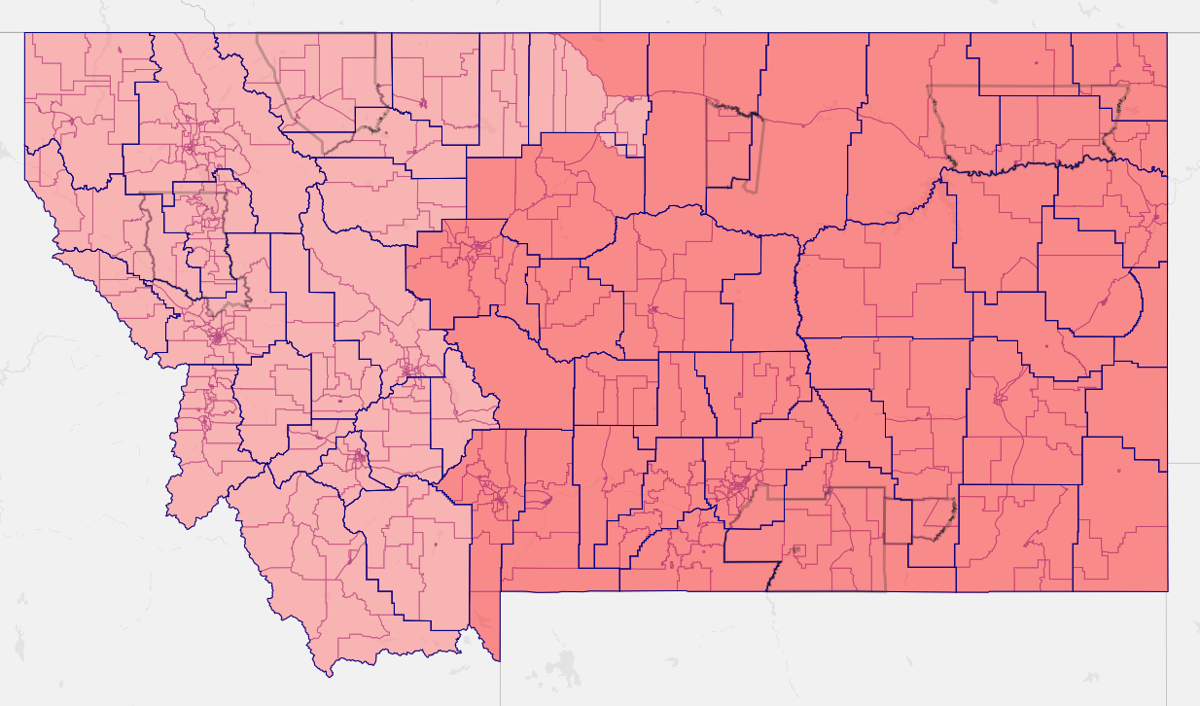 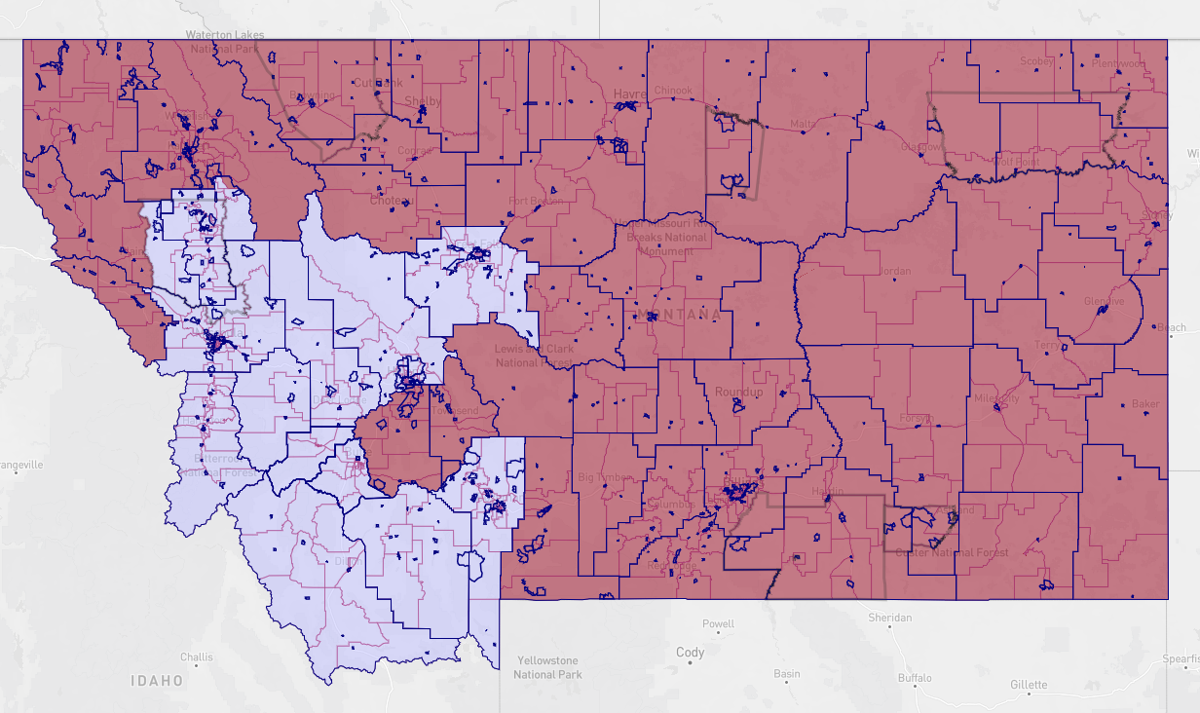 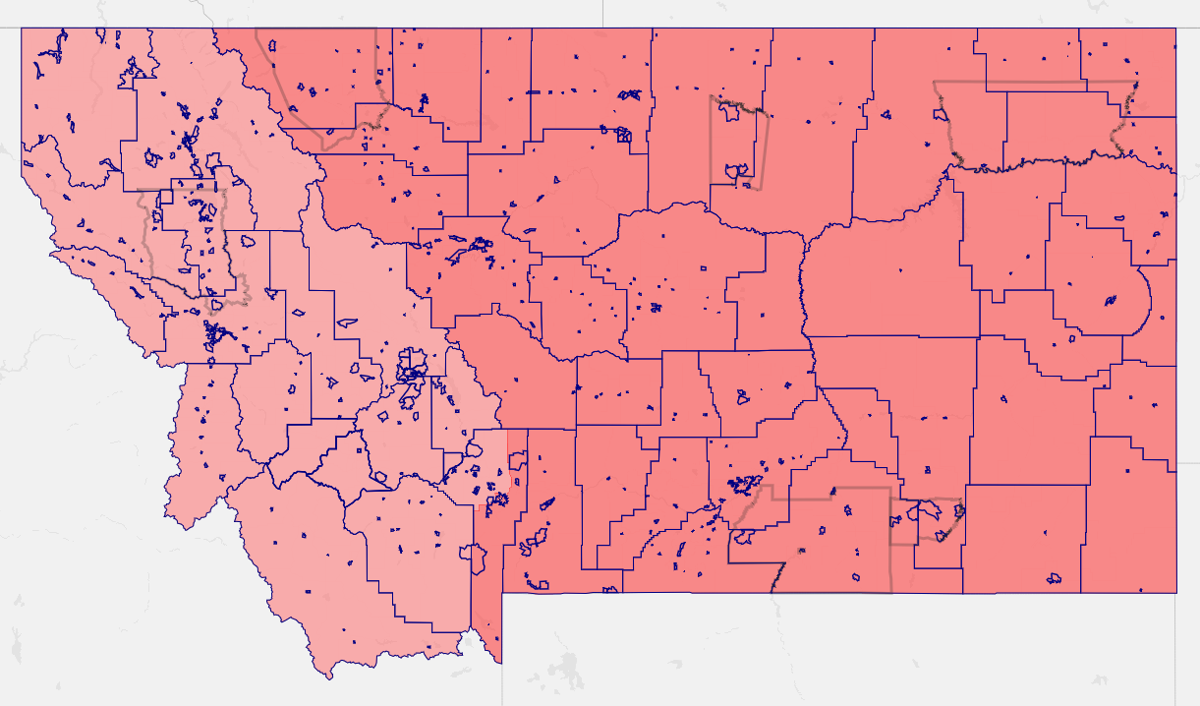 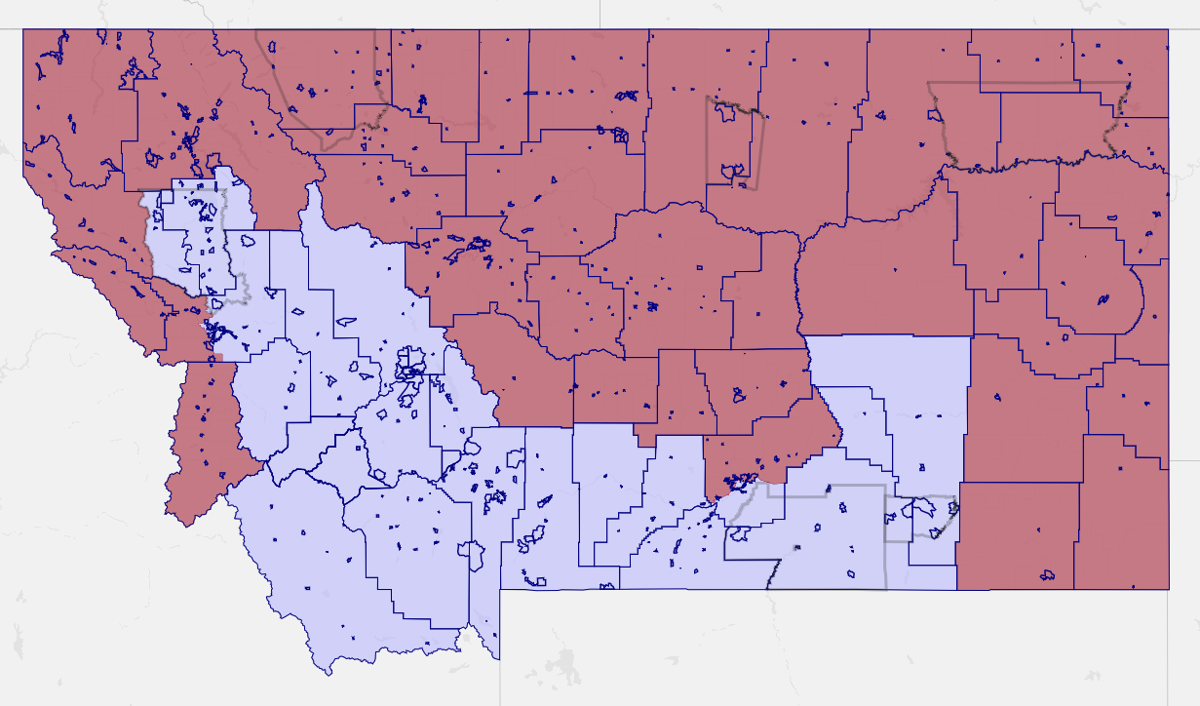 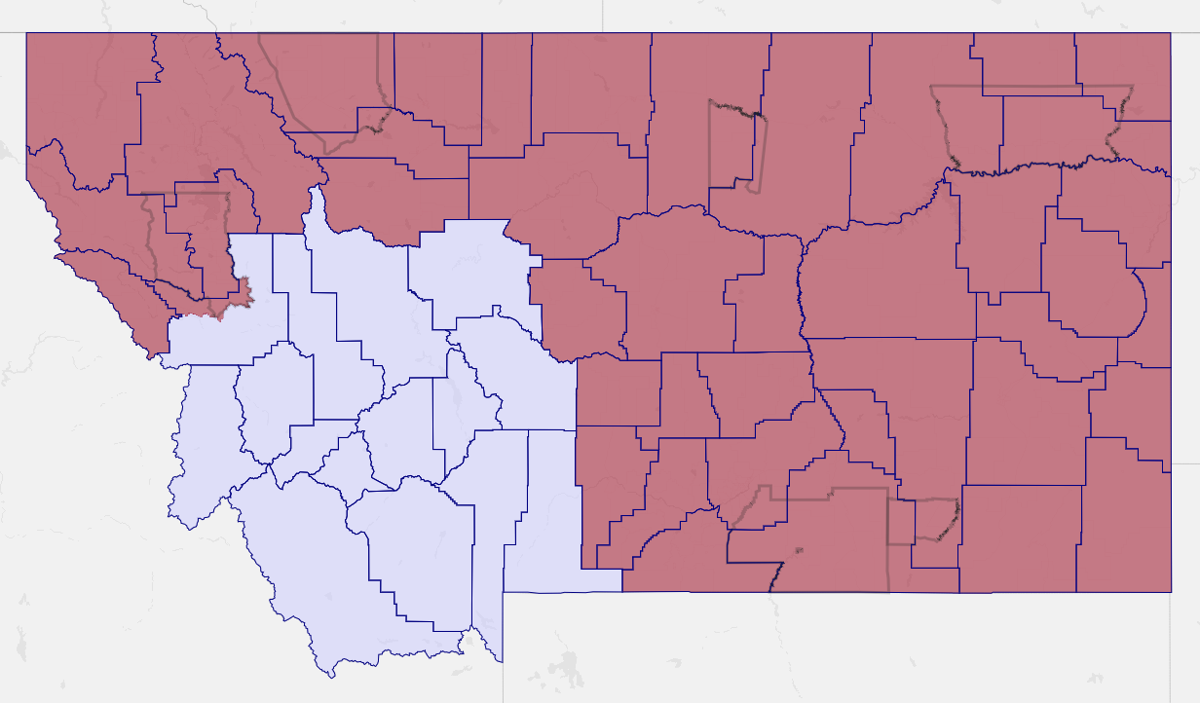