An Amber Alert has been canceled for a 2-year-old boy who was missing from Belgrade since 4 a.m. Monday.

The child was located safe in Washington and his mother is in custody.

The boy, Michael Tschiegg, is a white male with brown hair and brown eyes.

Authorities say the boy was taken by his 37-year-old mother Diana Brooke Willis, who has serious mental health issues and is believed to be a threat to the child's life, based on previous history. She is a 5-foot-7, 150-pound white woman with green eyes and brown hair.

The boy and his mother might be traveling westbound on Interstate 90 in a 2008 white Honda Accord with Montana license plate CJH533, possibly en route to Seattle. 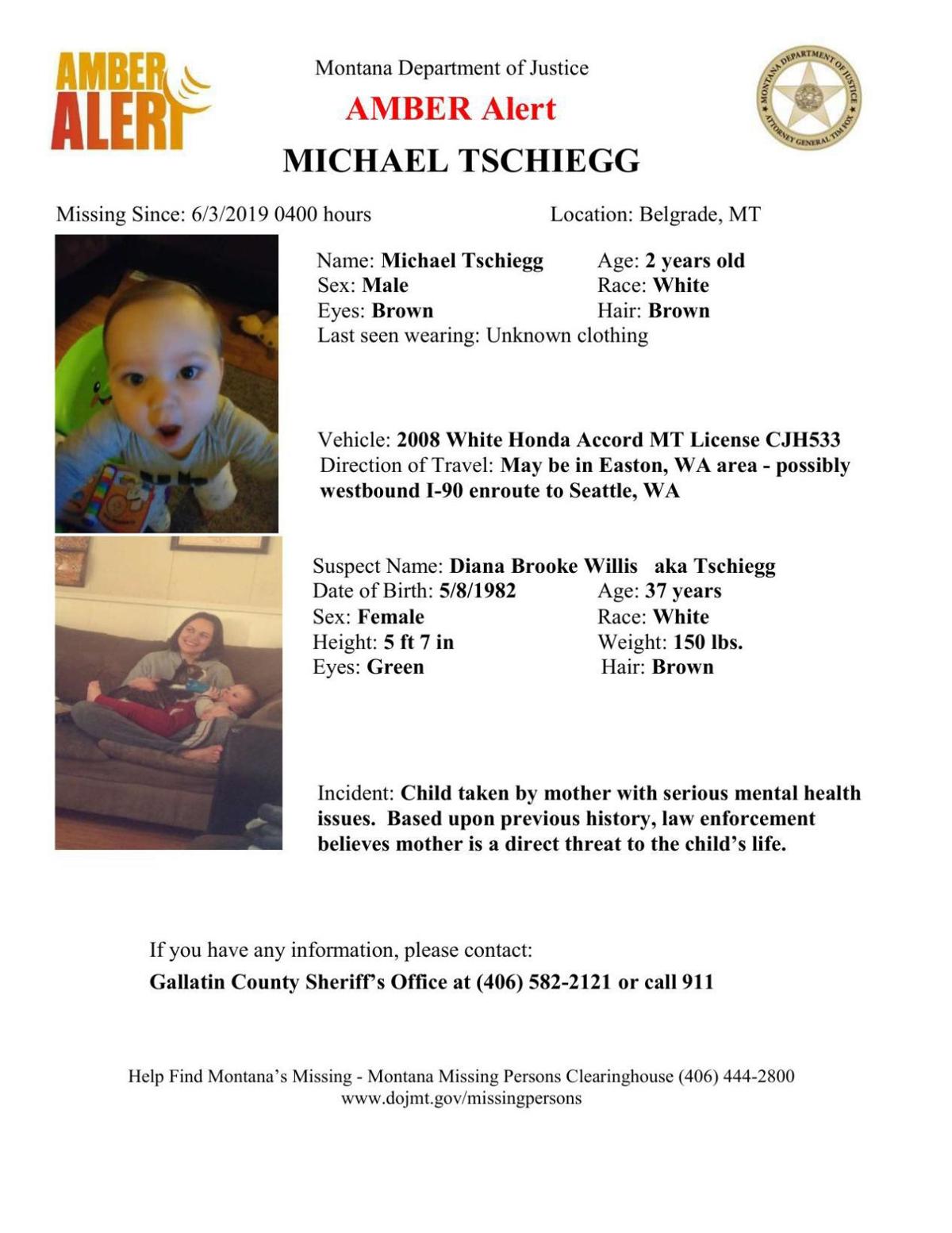 A man reported missing Monday in Billings was found early Tuesday morning when he was checking into a hotel, according to the Billings Police …

The Montana Department of Justice is asking for the public's help finding a 14-year-old girl last seen in Busby who may be in danger.