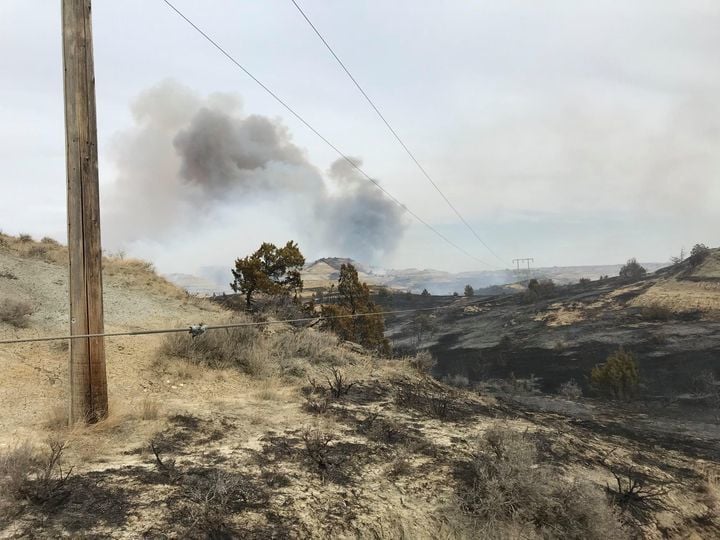 Local, state, and federal firefighters are on scene of an active wildfire southwest of Medora. The public is asked to avoid the area to allow emergency responders easy access to the fire. 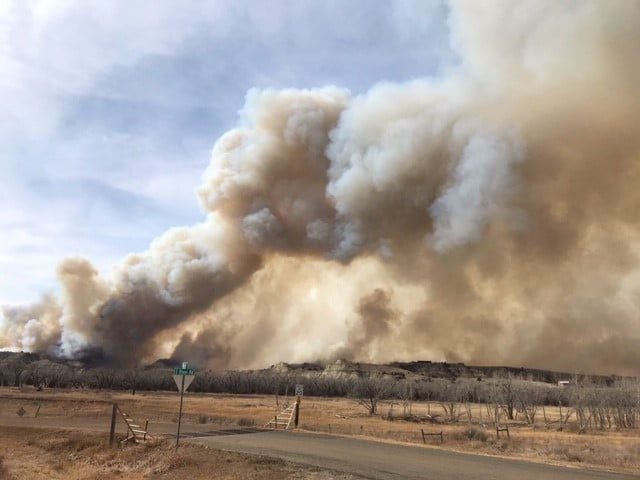 A wildfire is threatening the western North Dakota tourist town of Medora, and authorities have ordered the 125 residents to evacuate.

The fire was 2-3 miles southwest of the town late Thursday afternoon, with the wind blowing the flames toward the community, according to Misty Hayes, district ranger for the Medora Ranger District of the Little Missouri National Grassland.

She did not know how large the fire was or how it started. There have been no reported injuries to people, Hayes said, and she wasn't aware of any livestock injuries or losses.

"I don't think there are any ranches in the path at this point," she said.

It wasn't clear where the Medora residents were going. "They've left it to individuals to make that determination," she said.

Roger Dieterle, a retired pastor who lives south of Medora, was driving west from Bismarck and saw the fire’s smoke from Dickinson to Beach. The fire started within a mile of his home, which he said wasn’t in danger. He called the fire "a huge tragedy."
“We just pray for safety for everybody that’s involved,” he said.

Medora is on the doorstep of Theodore Roosevelt National Park. It's a small community of stores and shops with a Western feel. It's also home to the Medora Musical, in an outdoor amphitheater on the edge of town.

Theodore Roosevelt Medora Foundation President Randy Hatzenbuhler said he planned to drive out to Medora on Thursday evening, and had “not heard anything one way or the other” regarding the Burning Hills Amphitheater, where the popular musical is staged, or other foundation properties.
“We just are waiting to see,” he said.

Hayes said she did not think the fire was yet even partially contained, but that officials were hoping the Little Missouri River on the western side of the town would stop its advance.

Wind in the area was blowing from the south-southwest at about 15 mph, with gusts up to 27 mph, according to National Weather Service data.

The North Dakota Department of Transportation closed both the east and west entrances from Interstate 94 into Medora due to the fire and resulting smoke that was reducing visibility.

All of North Dakota is in some form of drought, with extreme drought covering almost all of the west, according to the latest U.S. Drought Monitor map, posted Thursday. That has elevated the wildfire danger, with nearly all of the state considered at “very high” risk and Billings County in the “extreme” risk category.

Wildfires have burned more than 30,000 acres in North Dakota already this spring, compared with fewer than 10,000 all of last year. Nearly all counties have implemented some form of outdoors burning restrictions.

A National Weather Service red flag warning for critical fire weather conditions was in effect Thursday, with low humidity and gusty winds persisting across the state. The state forecast calls for no precipitation through at least the start of next week.

(Check back for updates.)

Firefighters continued to make progress Wednesday on containing wildfires in the Black Hills of South Dakota that earlier forced the evacuation of more than 400 homes.

Mount Rushmore National Memorial and South Dakota State Highway 244 are both open following a fire that closed both since Monday.

Local, state, and federal firefighters are on scene of an active wildfire southwest of Medora. The public is asked to avoid the area to allow emergency responders easy access to the fire.