Wilks Ranch Montana Ltd and Daniel Iverson had claimed in 2012 that Gene Klamert had not used his water allotment for irrigation for 17 years, and therefore the right should be considered abandoned.

"Abandonment is tricky because the critical burden is on the party claiming abandonment," said Michelle Bryan, a law professor at the University of Montana specializing in natural resources and environmental issues.

"Once you've won in front of the Water Court it's really hard to overturn on appeal," she added. "You have to show there was clear error made."

She compared it to sports where the referee closest to the play is given deference.

The intricacy of such cases doesn’t make it easy or inexpensive for landowners caught up in the proceedings, whether willingly or in defense of their water rights.

That was the issue for Klamert, the owner of the Bullseye Ranch in Petroleum County and a part-time Billings resident. He bought the ranch in 1998, leasing it out twice between 1998 and 2004.

The ranch is irrigated by Flatwillow Creek, a tributary to the Musselshell River that flows east from the Big Snowy Mountains. The state has termed it “chronically de-watered.”

Along its winding route the creek passes through Iverson’s property as well as Dan and Farris Wilks’ NBar Ranch before reaching Klamert’s property. The NBar is just one of several ranches the billionaire brothers from Texas have purchased across the state to become one of Montana’s largest private landowners.

Klamert has senior rights to 34 cfs of water from the creek for irrigation on about 800 acres of land, according to state documents. The oldest of those claims, for 15 cfs, dates to 1882.

Since those are the senior water rights on the creek, making Klamert’s claims invalid would have moved every other water right on Flatwillow up in status and given Iverson and the Wilkses more water.

That was at issue in June 2017 when Water Master Ben Sudduth, of the Montana Water Court, ruled in Klamert’s favor that he had not abandoned his right to use the water.

The extensive documentation attorneys introduced for the case revealed an irrigation district with incomplete or unfiled records, water withdrawals often undertaken on the honor system without verification by the water commissioner, and neighborly agreements made to withdraw water so neither landowner would be left completely dry.

The case was further complicated because of the time frame involved — water withdrawals dating back to the 1980s. Even finding and deposing witnesses was difficult because people had died or moved away.

On the issue of whether the Water Court erred in concluding that Wilks Ranch and Iverson failed to establish a continuous period of nonuse, McGrath wrote:

“The Water Court did not err when it held substantial, credible evidence supported the Water Master’s findings that actual water use occurred between 1988 and 2004,” McGrath added.

Wilks Ranch and Iverson also argued that the “failure to assert water rights through the water commissioner is the equivalent of nonuse.”

McGrath wrote: “Although the Water Master recognized that Klamert and his predecessors did not appear in the water commissioner and (Flatwillow Improvement Association, which polices water use on the creek) records between 1988 and 2004, the Water Master also noted that the records were fraught with error and, for many of those years, the landowners and lessees paid dues, attended meetings, and Klamert even served on the FIA Board. The Water Master further acknowledged that reporting to the water commissioner was inconsistent among other Flatwillow Creek water users. In light of these circumstances, Objectors fail to establish that Klamert attempted to ‘take advantage of [his] own wrong.’”

In a third argument the appellants contended that “the Water Court erred in not addressing the issue of partial abandonment.”

Again, McGrath upheld the Water Court’s work, writing: “It is apparent from the report that the Water Master weighed the relevant evidence before concluding no long period of continuous nonuse occurred for any of Klamert’s claims. Failure to delineate specific findings for each individual claim did not amount to clear error.”

The Supreme Court opinion also found that the Water Master and Water Court “were under no obligation to discuss alternative remedies” for the appellants.

The court's opinion could serve as advance notice to other attorneys about how the justices will use water commission records, said Bryan, of the University of Montana — that the records alone may not settle an issue when a water right holder or other users offer contradictory testimony.

The ruling could also lead water districts, the state, or the Water Court, to require a higher level of record keeping going forward, she added.

"The other thing that people might conclude is that it's difficult to declare a water right abandoned," Bryan said. "Even when you have commission records it can be a difficult process."

She also noted that judges may be hesitant to take a water right away, in part because of its monetary value, saying such a move would be "highly punitive."

Such lengthy litigation makes it difficult for landowners to know whether they have water, but water law is so complicated and involves so many parties and water bodies that spending decades to adjudicate the issues — before a court specifically created in 1979 to undertake the proceedings — is somewhat understandable.

“It’s unfortunate that it takes so long to make it through the process,” said Jo Casey, Klamert’s attorney.

Bryan noted that bigger cases require water rights holders with "the economic ability to mount the challenge," something that applies to the Wilks brothers who became billionaires after selling their fracking business.

Despite the difficulty of the case, Bryan praised the Water Court and Montana Supreme Court for ruling quickly.

Attorneys James Hubble and Oliver Urick of Stanford represented Iverson. Wilks Ranch Montana was represented by Abigail Brown, of Helena, and Michael Cusick, of Bozeman. None could be reached for comment.

The appeals process does allow the attorneys to petition for a review of the opinion within 15 days.

Although Dan and Farris Wilks have lost three times in court in an attempt to unseat the senior water right on Flatwillow Creek, the Texas-bas…

A water rights case in Petroleum County has revealed an irrigation district in organizational disarray, accusations of perjury by witnesses an…

Now downtrodden and ailing, the 65-year-old Tim Thompson’s tale of woe underscores the problems that can follow a family member’s death, the difficulty of doing business with relatives, the danger and nastiness of infighting among families and the plight of some landowners who are land rich but cash poor.

Fergus County Sheriff Rick Vaughn campaigned for election in November while on duty as the department’s undersheriff, according to a recently … 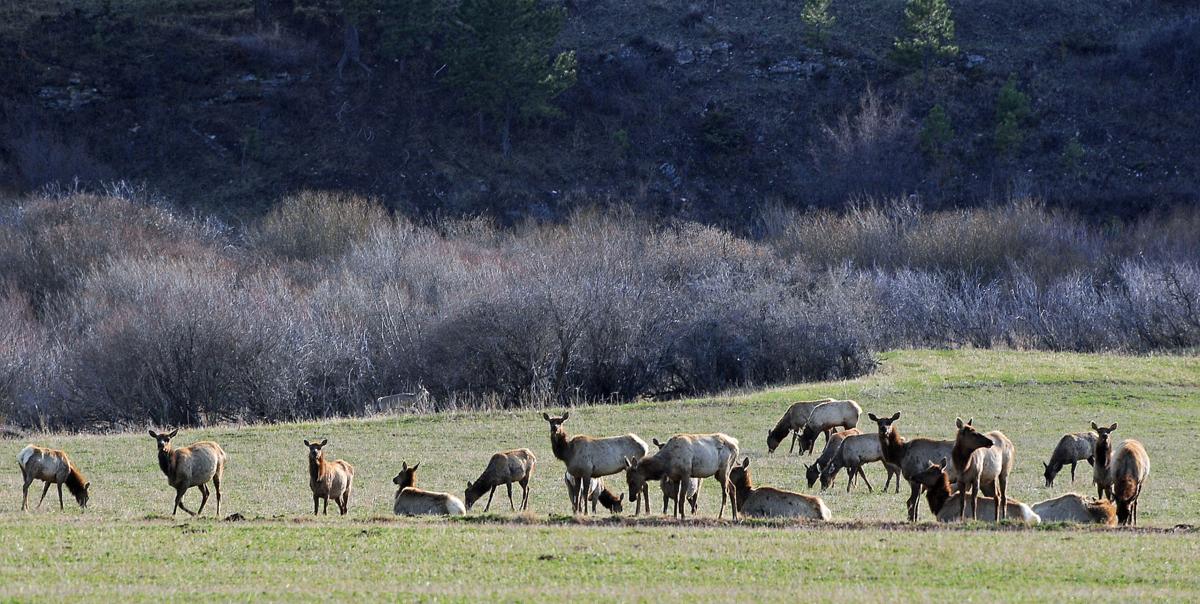 Elk graze along Flatwillow Creek on the NBar Ranch in Fergus County. The ranch is owned by Dan and Farris Wilks. 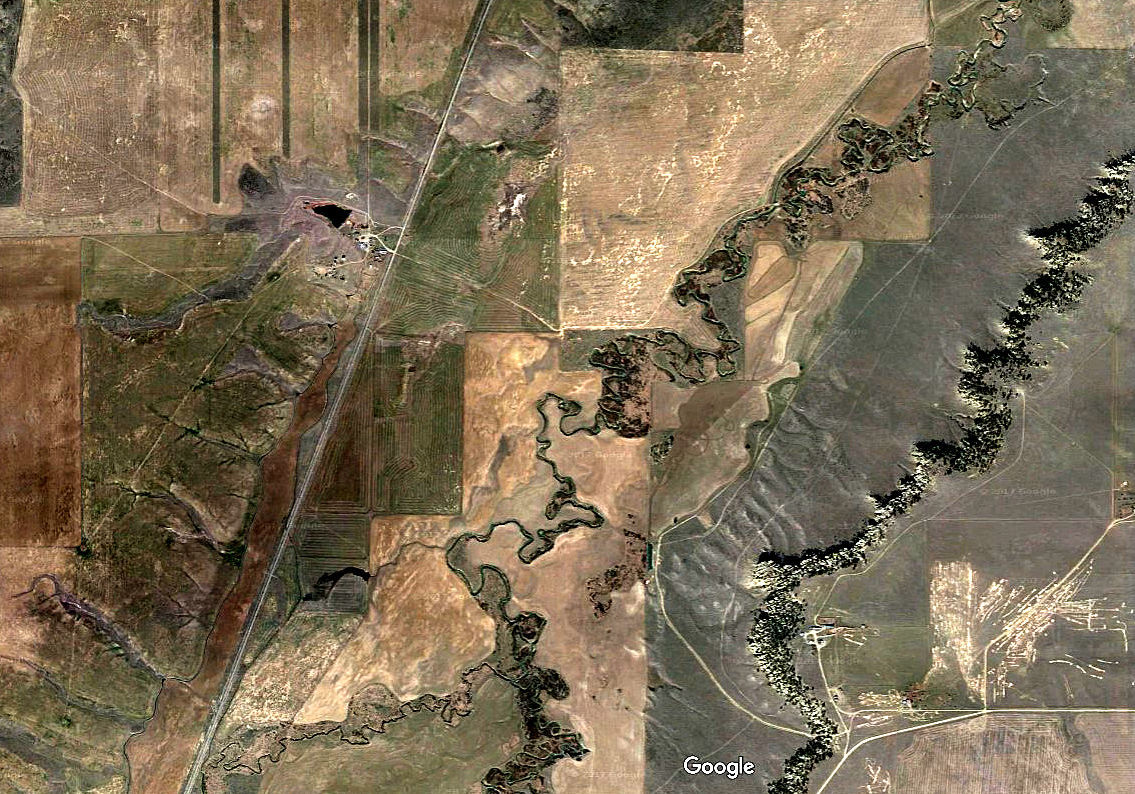 This Google Earth satellite image shows Flatwillow Creek winding through the center of the photo. Irrigation water drawn from the stream was at the center of a court battle.