Thirty miles downriver from where their home was swept away by the Yellowstone River on June 13, Victoria and TJ Britton found their suitcase on a boat ramp. In it were precious wedding and family photos.

A riverside landowner called the couple after noting the luggage tag with their name.

Victoria also posted her phone number on the Park County Flooding Facebook site along with a plea for anyone finding clothes or household items to let her know.

“Right now, even pieces of clothing or parts of the house mean so much,” she wrote on Facebook.

“We lost everything,” she said Tuesday in a telephone interview. “All kinds of things, big or small, mean the world right now.”

Some of their possessions are undoubtedly buried under the piles of sand, trees and brush stacked up where the river pooled, eddied or pushed its debris into fields.

“We lost everything,” she said. “It’s really heart-breaking.”

So if you see shoes, clothes, tools or kitchen items along the Yellowstone’s riverbanks, Victoria would like them back.

The Brittons were living in an upstairs apartment just north of Gardiner in a five-plex that houses Yellowstone National Park employees. TJ Britton works for the agency and has lived in the complex for 16 years. Together, the couple occupied the upstairs apartment closest to the river.

The night of June 12, Victoria said she could feel the house shuddering but thought it was from the large logs flowing downstream crashing together. Then, at 6:30 a.m. on June 13, a knock on the door alerted them to the worsening situation.

Where normally there is 30 feet of yard before a slow drop-off to the river, Victoria saw only about 10-feet of bank left, and it was quickly crumbling.

As a survivor of hurricanes Sandy and Noreen, Victoria wasted no time gathering belongings and fleeing the apartment.

“I’ve had nightmares about this,” she said.

The couple grabbed important papers, some clothes and their pets, as well as items from their neighbor’s place downstairs who were away, before relocating to the town’s rodeo grounds. Now her neighbors have nothing to come back to other than the clothes and a backpack full of toys the Brittons gathered for them.

Not far from their apartment, the Brittons sat on the hillside for hours and watched as their belongings were slowly consumed. When their deck fell in, the grill still stood upright with the lid open as it drifted downstream. Eventually a power pole next to the home was consumed by the river and transformers popped and blew. In the end, they witnessed the entire apartment complex collapse into the Yellowstone River and bob downstream.

“We watched our lives crumble away piece by piece,” she said, and yet some people watching nearby cheered when the house fell into the water.

Seeking out her family and neighbors’ household possessions is providing her with a purpose and a distraction.

“Right now, things mean more to us than ever.”

Residents in Gardiner, Montana, captured the house collapsing into a river as severe flooding inundated the region. Nearby Yellowstone Nationa…

'A brand-new river installed': Gardiner outfitters excited to get back on the water

After flood waters turned the gateway town of Gardiner into a virtual dead end, Richard Parks is looking to keep his nearly 70-year-old fly fishing shop in business.

Traveling to Yellowstone? Here's what to expect

Here's what tourists need to know about visiting Yellowstone National Park as it partially reopens to visitors on June 22 following flooding that prompted the evacuation of visitors and entrance closures.

While on a normal trail running training trip near his Lander, Wyoming, home, Gabe Joyes stumbled and was stabbed in his leg by a trekking pole. For more than an hour he laid on the ground trying to not to die of blood loss. 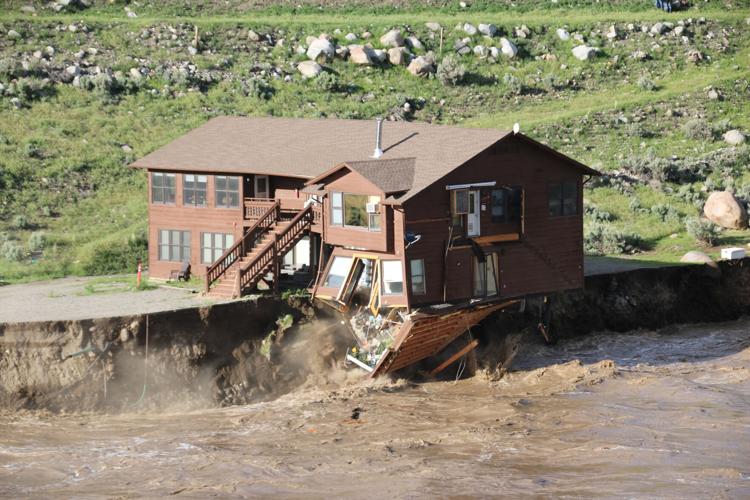 Employee housing near the Yellowstone River crumbles into the stream as floodwaters erode the bank below the building. Victoria and TJ Britton lived in the upstairs apartment closest to the river. 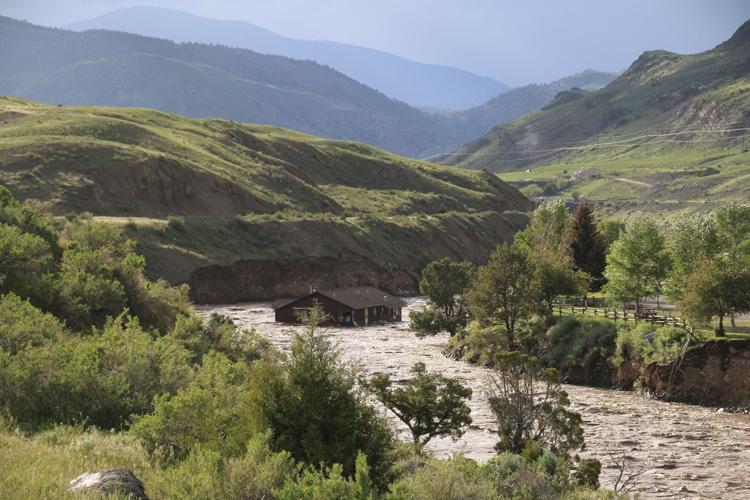 After collapsing into the Yellowstone River, the five-plex floats downstream on June 13. 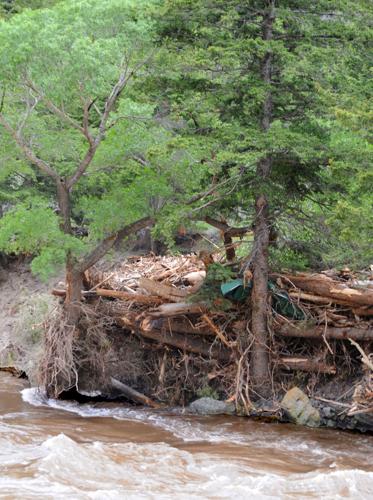 The Brittons' canoe was trapped in trees along the Yellowstone River in Yankee Jim Canyon. 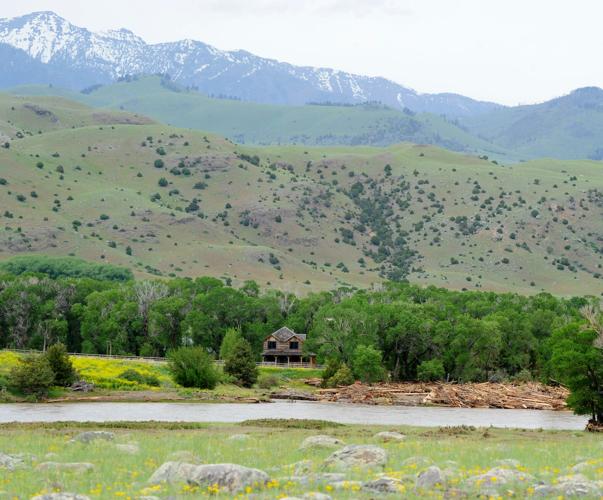 A home along the Yellowstone River in Paradise Valley now has a front yard of trees washed downstream by the June 13 flash flood.