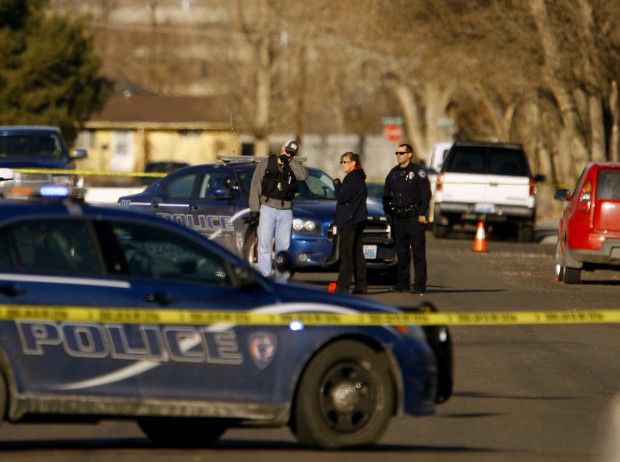 Investigators examine the area near the site of a homicide Wednesday morning on Desmet Drive in Casper. According to police, a 34-year old woman was shot dead overnight. One man is in custody. 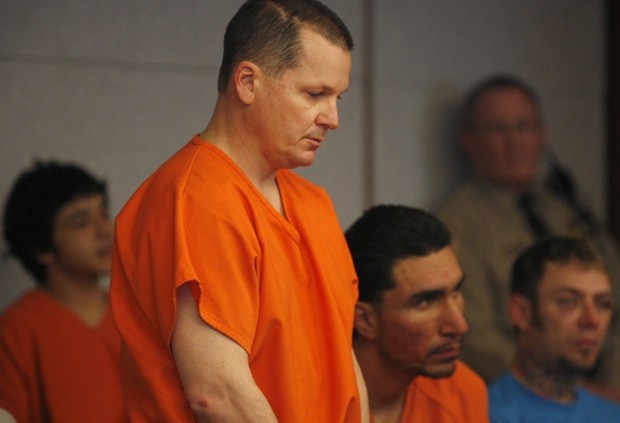 Thomas Miller listens to Judge Michael E. Huber as he reads off charges filed against Miller, including the first-degree murder of his wife, Natalie Miller, in Circuit Court on March 27 in Casper. 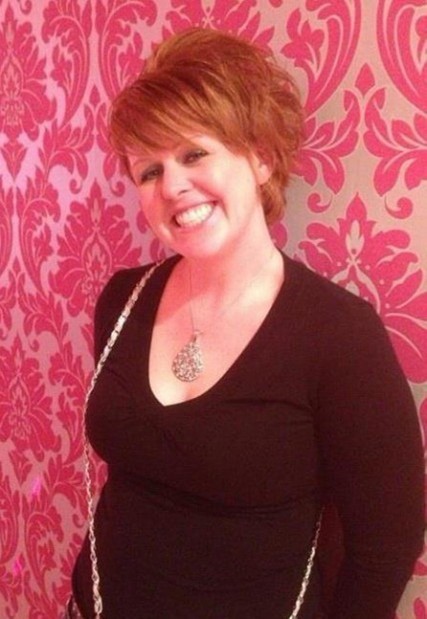 Investigators examine the area near the site of a homicide Wednesday morning on Desmet Drive in Casper. According to police, a 34-year old woman was shot dead overnight. One man is in custody.

Thomas Miller listens to Judge Michael E. Huber as he reads off charges filed against Miller, including the first-degree murder of his wife, Natalie Miller, in Circuit Court on March 27 in Casper.

CASPER, Wyo. — Natalie Miller was the first to notify police of her death.

Shortly before midnight Wednesday, before the flurry of neighbors’ phone calls came in reporting gunshots and screaming in the 2500 block of DeSmet Drive in west Casper, a 911 operator spoke with Miller.

The 34-year-old woman told the dispatcher her husband was going to kill her, according to a police affidavit. Specifically, he was going to shoot her.

Natalie and her husband, Thomas Miller, 46, had been arguing about money, a female witness in the house later told police. She said Natalie had attempted to end the argument and go to bed, to which Thomas responded, “Fine, go ahead.”

He then retreated to a room where he kept his firearms, the witness said. She heard Natalie ask, “What are you doing?” before seeing her attempt to flee. Natalie was still in the house when she called police.

Natalie soon ran to the next-door neighbor’s house, but her husband was close behind.

“Thomas Lee Miller apparently shot Natalie multiple times while she was attempting to gain assistance at the neighbor’s house,” the affidavit states.

The witness said she went to the Millers’ door, where she was approached by Thomas, holding a gun in his hands.

“You’re next,” he told her, according to the affidavit. “You’d better start running.”

A neighbor across the street who wished to remain anonymous said she and her boyfriend woke up when they heard gunfire.

The neighbor said by the time she saw what was happening, the adult victim and the other woman presumed to be her mother were at the next-door neighbor’s house.

“We got out there as the (male next-door neighbor) was coming out to flag the cop down,” the witness said.

She heard him tell the first responding officer, “’I’m the neighbor. They came here for help.’”

The witness said she believed the shots came from victim’s home and not the next-door neighbor’s house.

“The neighbor dragged the body to the front porch and said (to the officer), ‘Save her, save her,” the witness recalled. The officer then pulled her to the side lawn and began performing CPR.

“He was working on her the whole time, even after the ambulance got there,” she said. “He never broke stride. He just wouldn’t give up.” The witness said the first responding officer must have been working on the woman for at least 30 minutes.

Meanwhile, police began searching the neighborhood with flashlights, she said. They yelled for the suspect to come out, and he eventually did with his hands in the air.

The witness said the police took the man down and she lost sight of him behind the parked cars.

“Then all the cops went into the house,” she said.

Natalie Miller worked as a CT technologist in the radiology department at the Wyoming Medical Center. She had been there for a decade, Chief Nursing Officer and Chief Operations Officer Julie Cann-Taylor said.

Although Cann-Taylor said she didn’t know Miller as well as some of the other employees, the mother of two was a friend to everyone she crossed paths with.

"She was always bubbly, bright and positive,” Cann-Taylor said. “She said hi to everybody in the hall — we all knew her.

“She was definitely a part of the Wyoming Medical Center family.”

“Natalie was an outstanding radiation technologist,” Diamond said. “People are devastated, because that department was very close.”

Representatives from Flint Energy, where Thomas Miller was employed, declined to comment.

Thomas Miller’s eyes were fixed on the ground Wednesday afternoon as he sat among the four or five other men in matching orange jumpsuits.

Miller briefly glanced up when Natrona County Circuit Judge Michael Huber announced his name in a roll call for a series of initial appearances.

The defendant’s voice was barely audible when he answered Huber’s procedural questions. The judge directed him to speak up on several occasions.

“Are you married?” Huber asked as one of the standard questions. “Yes, sir,” Miller responded after a brief pause. He looked back down.

Thomas Miller was charged with first-degree murder, aggravated assault and two counts of child endangerment. According to the affidavit, the couple’s children, ages 6 and 2, were in the house at the time of the argument. They appeared to have been “aware of said act,” the document states.

Miller said he had no attorney but spoke with Public Defender Robert Oldham shortly before his hearing concluded.

The state asked for a $1 million bond. Huber instead ordered the defendant held without bond.

When Huber asked Miller if he had anything to say, the defendant softly uttered, “I’m … um … sorry.”

Miller will receive a preliminary hearing within 10 days to determine if the case will be heard in District Court.

Only Wednesday’s charges appeared on a Natrona County background check for Thomas Miller. Miller told the judge that he was born in Spokane, Wash., but has lived in Casper for 14 years.

At a Wednesday morning press briefing, Casper police said they were unaware of any history of domestic violence between the two. Sgt. Deahn Amend said alcohol appeared to have played a factor in this incident.

“This was a sad and tragic situation that not only affects the family, but friends and neighbors as well,” the statement read. “Our thoughts are with you at this heartbreaking time.”