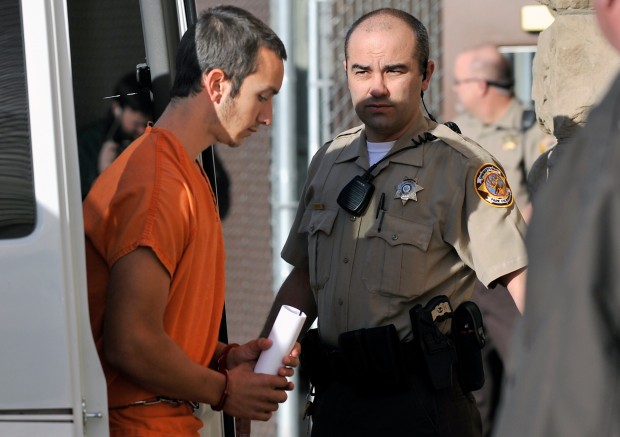 Stephen Hammer, a suspect in a triple homicide in Clark, Wyo., is escorted into the Park County Courthouse in Cody for his arraignment March 5. 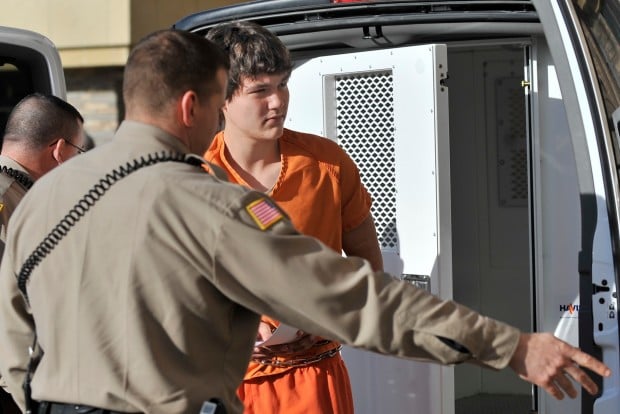 Tanner Vanpelt, a suspect in a triple homicide in Clark, Wyo., is led into the Park County Courthouse in Cody for his arraignment March 5. 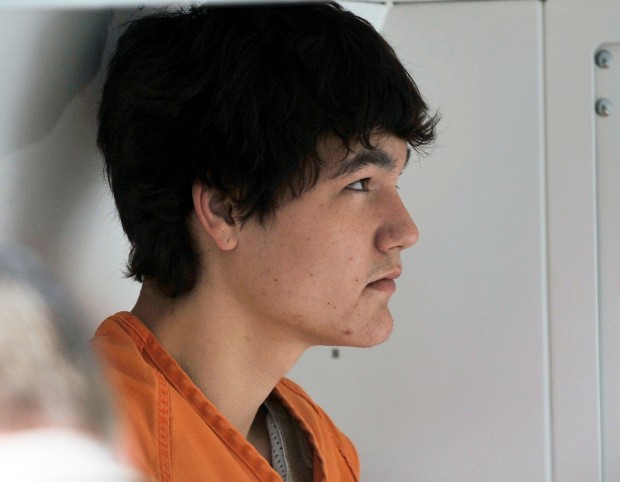 Tanner Vanpelt, a suspect in a triple homicide in Clark, Wyo., waits to be escorted into the Park County Courthouse in Cody for his arraignment March 5. 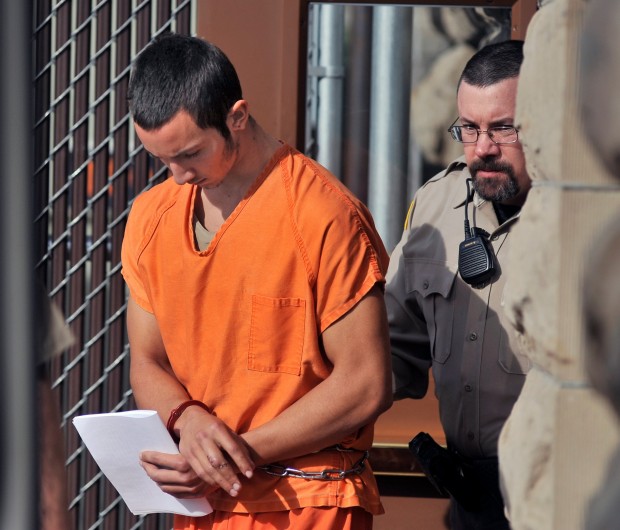 Stephen Hammer, a suspect in a triple homicide in Clark, Wyo., is escorted from the Park County Courthouse in Cody after a March 5 court appearance. 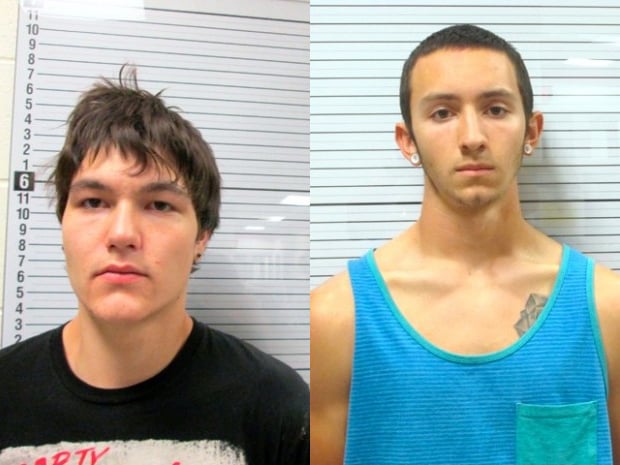 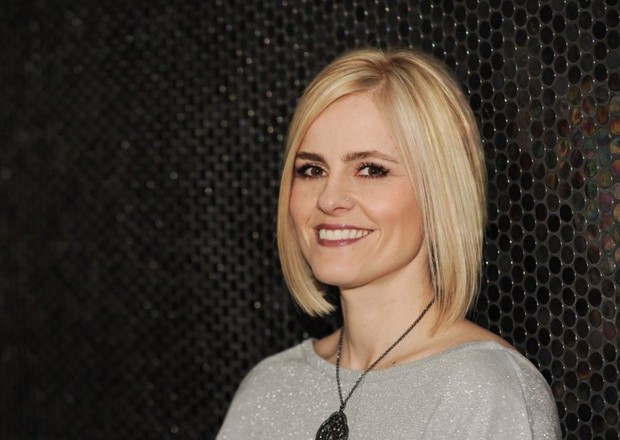 Ildiko Freitas is shown in an undated photo taken from her Facebook page. 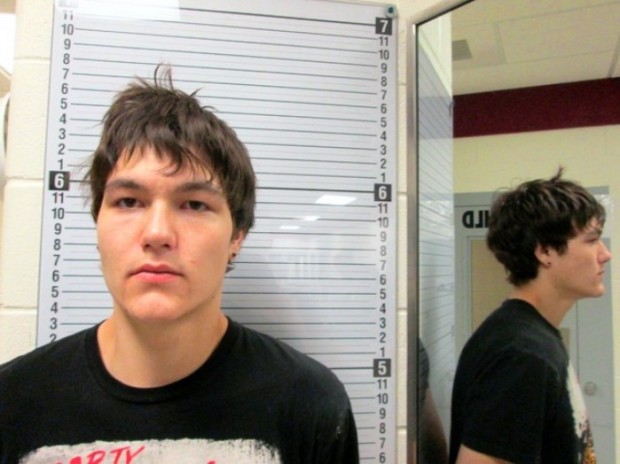 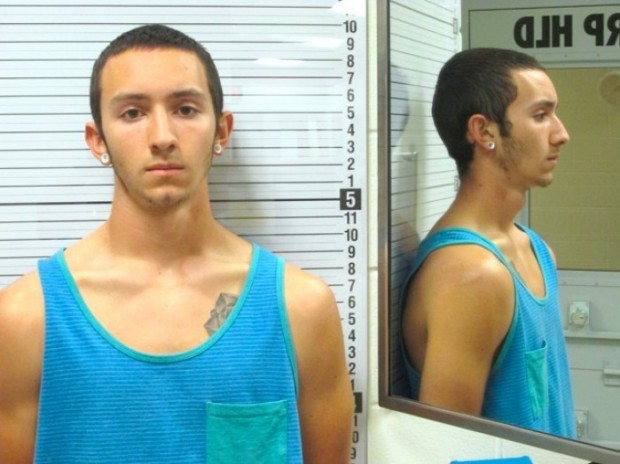 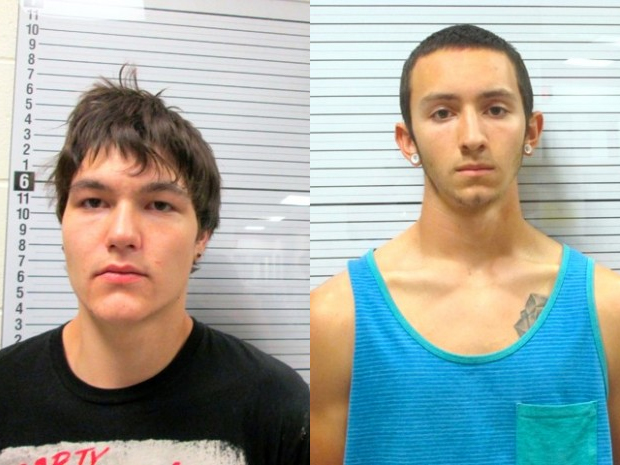 Stephen Hammer, a suspect in a triple homicide in Clark, Wyo., is escorted into the Park County Courthouse in Cody for his arraignment March 5.

Tanner Vanpelt, a suspect in a triple homicide in Clark, Wyo., is led into the Park County Courthouse in Cody for his arraignment March 5.

Tanner Vanpelt, a suspect in a triple homicide in Clark, Wyo., waits to be escorted into the Park County Courthouse in Cody for his arraignment March 5.

Stephen Hammer, a suspect in a triple homicide in Clark, Wyo., is escorted from the Park County Courthouse in Cody after a March 5 court appearance.

Ildiko Freitas is shown in an undated photo taken from her Facebook page.

CODY, Wyo. -- In a packed courtroom and amid heavy security, two Cody men were charged Tuesday morning with 11 felonies each for the slayings of three people in the rural town of Clark over the weekend.

The courtroom was filled with friends and family members of the victims and the defendants. Neither man said much during the proceedings, quietly answering the judge’s questions with one- or two-word replies and occasionally asking for clarification of a question.

Eight of the charges against each man carry the possibility of the death penalty upon conviction. Skoric has not indicated if he will seek the death penalty in the case and was not available for comment immediately after the hearing.

Sheriff Scott Steward said after the hearing that it doesn't appear that Hammer and Vanpelt chose Freitas' home at random.

"Mr. Hammer knew and was acquainted with the younger victim, Ildiko Freitas," he said.

Hammer reportedly lived in Clark before his mother and stepfather divorced and the family moved from Clark.

Details of the killings were not discussed during the hearing, but charging documents filed earlier Tuesday provided new details of the slayings.

The documents state that two men in the area of Big View Road in Clark, about 30 miles north of Cody, found Freitas’ dog running down the road on Saturday morning and returned the dog to her home.  There they saw Janos Volgyesi lying on the garage floor with blood coming out of his mouth. They then saw a woman on the kitchen floor in a pool of blood.

When one of the men yelled inside, they heard the woman, later identified as Freitas, moaning. They called 911.

Arriving emergency crews worked on her but she was pronounced dead a short time later.

A deputy found Hildegard Volgyesi at the bottom of the basement stairs with at least one gunshot wound to the face.

Neighbors told deputies that they saw a white sedan head into the driveway of Freitas’ home and watched two men get out and go into the garage. They reported that the sedan left about 20 minutes later, followed by a black Audi sport-utility vehicle, which belonged to Freitas and her husband.

A little more than an hour after the shootings were first reported, Wyoming Highway Patrol troopers pulled over both cars and deputies took the drivers, Hammer and Vanpelt, into custody without incident.

Hammer admitted to an investigator that he was sorry for shooting at least one of the victims and said he was involved in a gun theft in Cody in February, according to the affidavit.

“Hammer stated that we probably already knew that they used the guns stolen from the Cody gun store last week,” the investigator said in the charging documents.

That theft happened Feb. 26 at Cody Sports and Pawn.

Hammer went on to say that they drove to Freitas’ home on Saturday in an attempt to get a vehicle and go to Denver because of the gun thefts.

“He indicated that there was an argument over the black Audi and that at one point Tanner Vanpelt pulled out a gun and shot Ildiko in the head in the kitchen,” the documents state.

After Vanpelt shot Freitas, Hammer went downstairs and was surprised by a woman at the bottom of the stairs. He told investigators that he shot the woman once and then ran upstairs and out of the garage. As he ran he heard more shooting and then both men got into cars and drove off, the court documents state.

The affidavit indicates that Vanpelt told an investigator that he and Freitas got into an argument over him wanting to use the black Audi before he started going through purses in the home in an attempt to find the keys.

He admitted to shooting her but said they didn’t plan for it to go that way, according to the charging documents.

When Vanpelt went downstairs after hearing more shooting, he found Hildegard Volgyesi lying on the floor. She was still alive and he shot her twice more “because he saw her moving around,” the affidavit states.

As Vanpelt was opening the garage door to leave in the Audi, Janos Volgyesi walked in through the back door, looked at him and turned around to hang something on the wall, at which time Vanpelt shot him, the documents state.

Vanpelt and Hammer then hid the guns they used in a nearby irrigation pipe, the documents say. After they were taken into custody, they led deputies to a pair of 9mm pistols, which were listed by Cody police as stolen.

It wasn’t clear what charges, if any, may be filed against the two men for the gun theft.

Waters set a preliminary hearing for both men for March 13.

They remain in custody at the Park County jail.

CLARK, Wyo. — The wide-open sagebrush flats along the Montana-Wyoming border make it easy to spot strangers passing along the dirt roads that …

Two men arrested over the weekend in connection with a triple homicide in Clark, Wyo., were scheduled to make their initial court appearances …