Maybe it could be called Colter’s Heck.

A small hydrothermal feature spouted to life March 25 in the Shoshone River where it meanders through Cody, Wyo. — just east of Yellowstone National Park’s more famous geyser features — spewing a brew of heated gases into the water for about four days.

“I was surprised to see it,” said Dewey Vanderhoff, a Cody photographer who captured shots of the venting. “I’ve lived here all of my life and I’ve never seen it.”

The Cody region was once called Colter’s Hell in memory of early explorer and trapper John Colter. He visited the region in the early 1800s after finishing a cross-country trek with two guys named Lewis and Clark. Colter noted the Cody-area geysers, hot springs and sulfurous smelling river and he told others. Back then the Shoshone River was known as the Stinkingwater or Stinking river for its sulfurous smell.

Over the ages, most of those hydrothermal features have subsided, although geyser cones, hot springs, sinkholes, a sulfur-permeated spring and an abandoned sulfur mine and mill still stand testament to the area’s more active past.

“We’re kind of in a lull compared to when John Colter was in this area,” said Jason Burkhardt, a Cody-based fisheries biologist for the Wyoming Game and Fish Department. “There was substantially more geothermal activity that was occurring back then.”

Vanderhoff said he found out about the plume when a friend telephoned on Monday morning and joked that he had “proof positive” that the Yellowstone super volcano was about to blow. His friend said a fissure had opened up in the river and “we’re all about to die,” Vanderhoff recounted.

So Vanderhoff grabbed his camera and went to snap some photos. The vent was just behind the Best of the West store, down inside the narrow canyon that the Shoshone River has carved through the Chugwater geologic formation’s red stone. He said there was an old rock feature about the size of a bathtub with water gurgling out from four or five holes — “like jets in a Jacuzzi.” He said the plume appeared to have a “substance” like Jell-O since it didn’t break up.

“It was pretty impressive,” he said. “The river right there is a really dark green. With a polarizing filter it really popped out.”

Vanderhoff posted images of the vent and the yellowish plume it sent downstream on his Facebook page. The posting received 2,000 views, which Vanderhoff called “unprecedented” for his page.

By Wednesday, though, the venting had stopped, prompting Vanderhoff to call it a “transient geologic phenomenon.” Then on Friday the venting started again, so Vanderhoff grabbed his video camera this time.

Burkhardt said such vents are nothing new along the Shoshone River below Buffalo Bill Dam, which is located about 4 miles west of Cody.

“There are a number of springs that add hydrogen sulfide water to the river,” he said. “At certain times of the year it is lethal to fish.”

Hydrogen sulfide is a colorless gas that smells like rotten eggs.

In one stretch of the river through town, Burkhardt said surveys by his crew pick up no fish — a river dead zone — because of the high hydrogen sulfide content in the water. That concentration eventually dissipates about 1.5 miles downstream from DeMaris hot spring, he said.

So for most of the year, except during high water flows in the spring, fish just below the dam and fish downstream of the hot springs are largely separate populations because of what Burkhardt called a chemical barrier.

Despite the chemicals in the water, Burkhardt said there’s never been any evidence they accumulate in fish to the point that they are dangerous for humans or animals to consume.

The Department of Environmental Quality took water samples above and below the feature in 2012, but not of what the vent emits, and found a slight increase in the water’s pH from mildly basic to mildly acidic, according to Jason Martineau of the DEQ’s Sheridan office. That swing isn’t enough to affect the river’s plant and animal life, he said. And even if it did, “We’re not going to be able to fix the problem,” he added.

Geologic studies have shown the Cody area sits atop a hot spot thanks to a large fold in the earth called the Horse Center anticline. One well drilled near DeMaris hot springs produced 208 gallons per minute of 93-degree water. Maximum temperatures of the underground water has been measured at 103 degrees.

The well and hot springs are close to the southeastern edge of the anticline. On the eastern edge is a 2-mile long deposit of travertine, rock created by mineral springs like those found at Mammoth in Yellowstone National Park, further evidence of the area’s more active geologic past.

The hydrothermal system is estimated to extend about 7 miles south of Cody.

Growing up in the northwestern Wyoming town, Vanderhoff said the town’s adjacent hot springs was tied into the “colorful history” of the area. Next to the springs once stood a nightclub, house of prostitution and a pool that he used to sneak into as a high school student. The venting hydrothermal feature is just “one little exclamation point” in that lively history, he said.

Since the venting in the Shoshone River stopped shortly after Vanderhoff posted the Facebook photos on a day so close to April Fool’s, he joked that he “may have to eat a lot of crow.”

As winter approaches, take heart in the fact that it won’t last 80 years.

Colter's Hell: Tales of the first Euro-American to visit Yellowstone 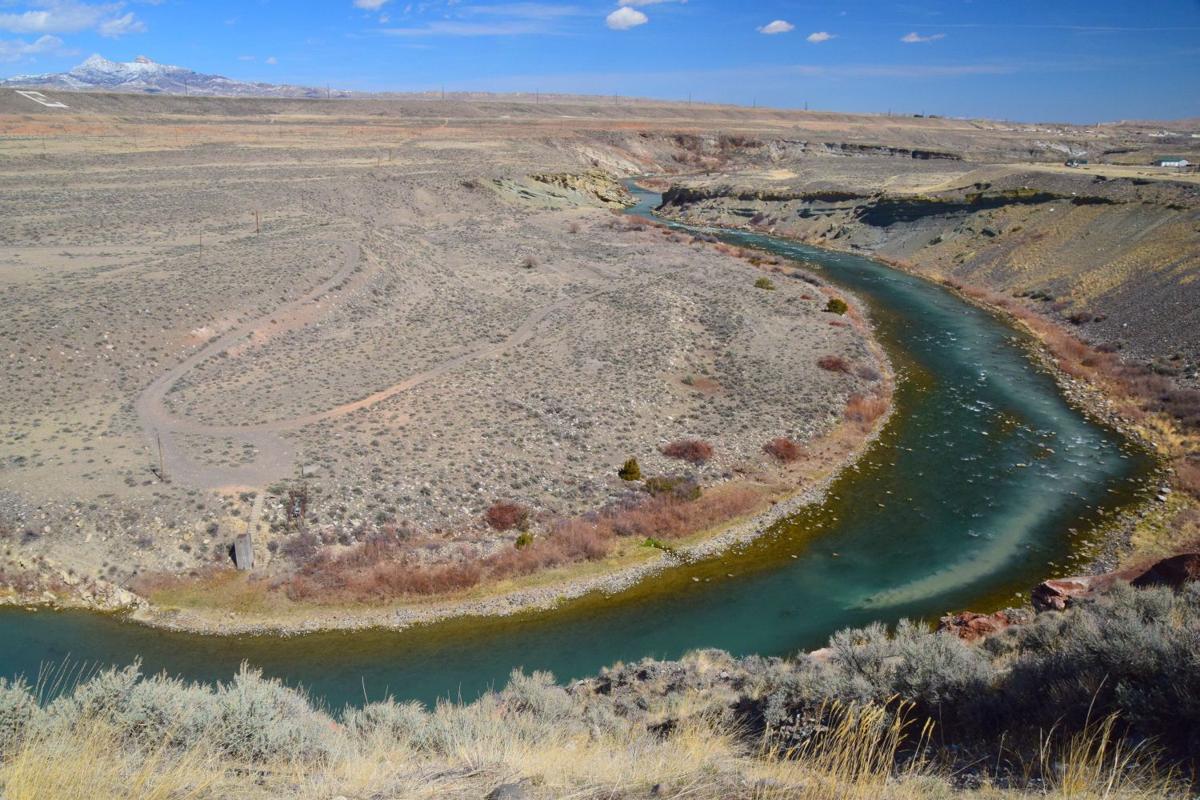 A hydrothermal vent that sprung to life and died only four days later is seen on Monday spouting discolored water into the Shoshone River inside the Cody, Wyo., city limits. 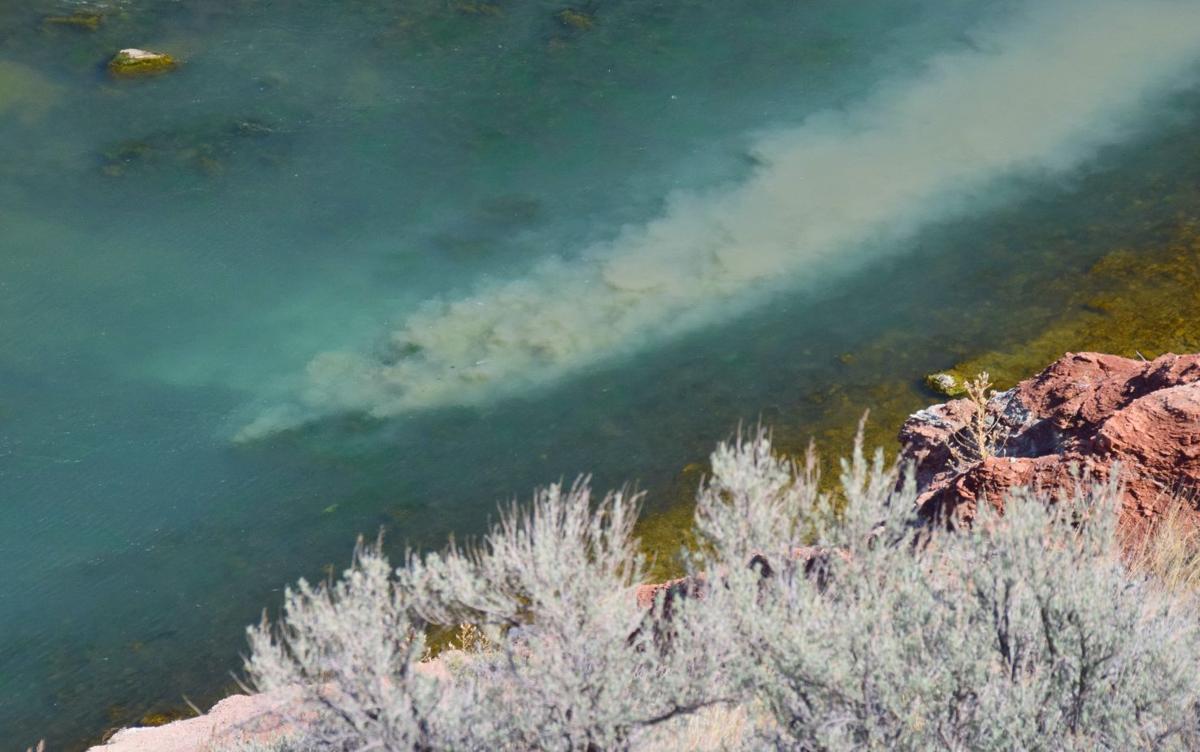 Roiling, discolored water is ejected into the Shoshone River in Cody, Wyo., on Monday.

A Google Earth map pinpoints the site of the feature, right on the outskirts of Cody, Wyo. 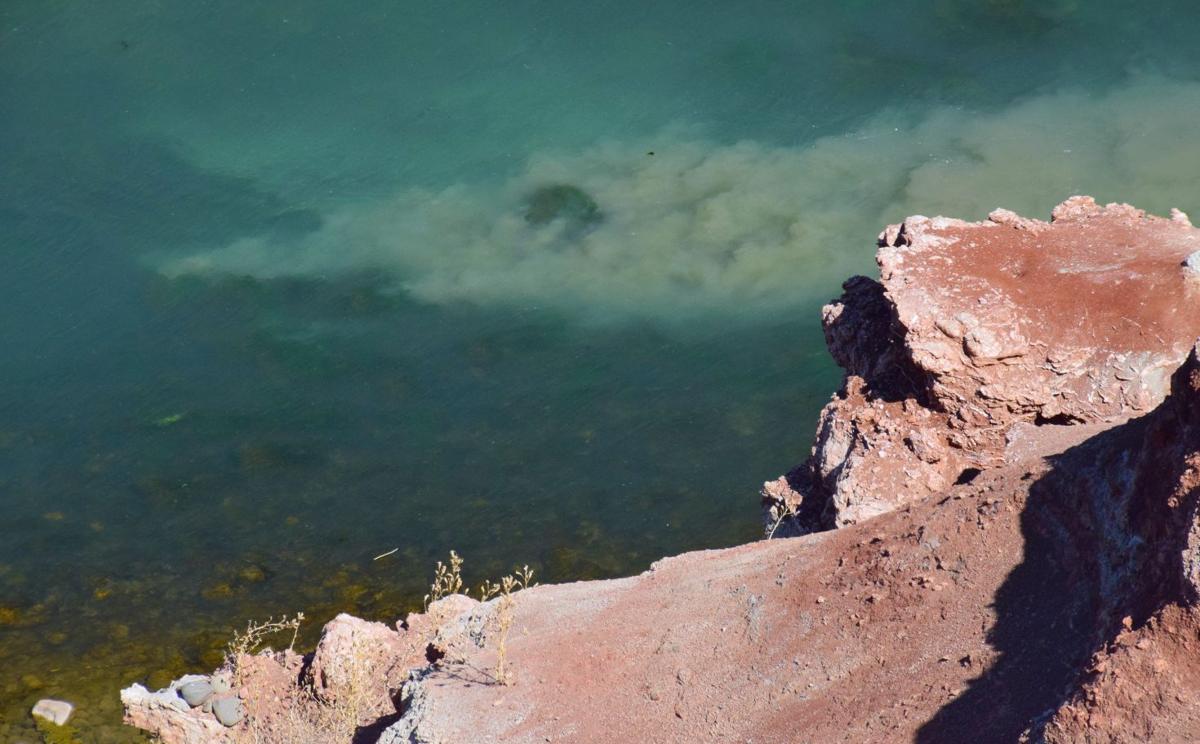 Hydrothermal features can emit hydrogen sulfide gas which is poisonous to humans and is a common byproduct of oil and gas drilling.