Snake-haters, look away -- and, whatever you do, don't look up.

Scientists have discovered that brown tree snakes can use a lasso-like movement to climb large, smooth cylindrical objects -- a way of moving never seen before in the reptiles.

Experts from Colorado State University and the University of Cincinnati made the discovery by chance while working on a project aimed at protecting the nests of Micronesian starlings on Guam -- one of only two native species remaining on the island.

People accidentally introduced brown tree snakes to the Western Pacific territory in the 1940s-50s, and the invasive species has since decimated forest bird populations on the island, as well as being responsible for power outages.

Using a three-foot metal baffle -- often used to keep birds safe from racoons and other snakes -- researchers attempted to keep the tree snakes from climbing up to bird boxes.

But, to their astonishment, video surveillance of the boxes revealed a brown snake writhing its way up to the bird box, having formed a lasso around the cylindrical pole, eight inches in diameter, with its body.

Snakes generally use one of four types of locomotion -- known as rectilinear, lateral undulation, sidewinding and concertina modes -- in order to move. When climbing steep and smooth surfaces, like branches or pipes, the animals typically use a "concertina" movement, bending sideways to grip in at least two places.

But by "lassoing," the snakes are able to form a single gripping region, with little bends formed in the loop of the lasso, allowing them to advance slowly upward, researchers said.

"We didn't expect that the brown tree snake would be able to find a way around the baffle," study co-author Thomas Seibert, of Colorado State University, said.

"Initially, the baffle did work, for the most part," Seibert said. But after four hours of video footage, "all of a sudden, we saw this snake form what looked like a lasso around the cylinder and wiggle its body up. We watched that part of the video about 15 times. It was a shocker. Nothing I'd ever seen compares to it," he said.

Researchers say this way of moving isn't necessarily easy for the snakes, which often slipped, moved slowly, breathed heavily and stopped to rest.

"Even though they can climb using this mode, it is pushing them to the limits," said co-senior author Bruce Jayne of the University of Cincinnati.

But however difficult, researchers say the movement allows the reptiles to attack unsuspecting prey, and could explain how they are able to climb power poles, which leads to electrical outages.

"Understanding what brown tree snakes can and cannot climb has direct implications for designing barriers to reduce the dispersal and some of the deleterious effects of this highly invasive species," Jayne said.

The researchers say they want to use their new knowledge of how the snakes move to better protect birds in the area.

"Given that brown tree snakes can use lasso locomotion to defeat poles or cylinders of a certain size," Seibert said, "we can design baffles to better protect bird houses used for restoring some of Guam's birds."

The study was published Monday in the journal Current Biology.

Macaques can spot expensive items to steal and ransom for food, and more of this week's weirdest news

A study found that adult macaque monkeys can comprehend which items have the highest value to visitors, and will only release them after recei… 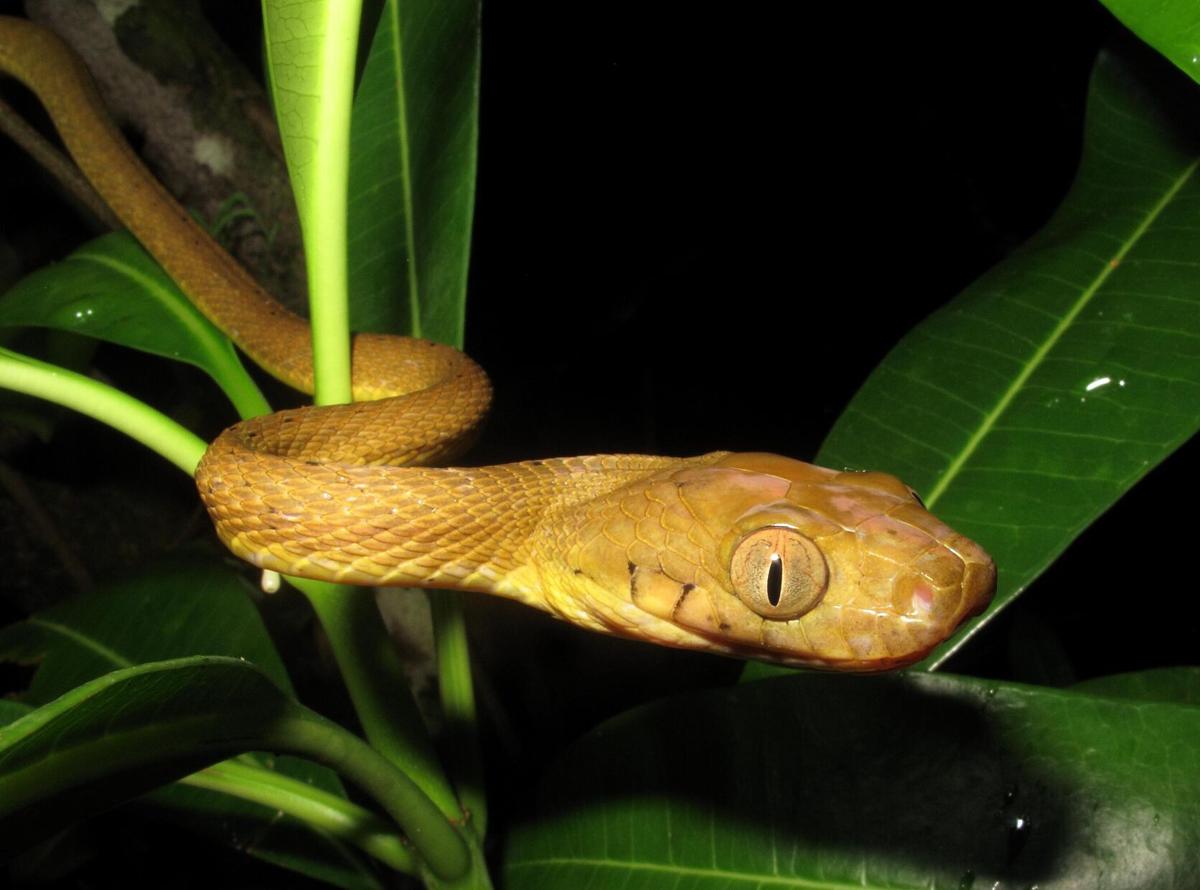 Researchers studied the brown tree snake, an invasive species that is thought to devastated much of Guam's birdlife. 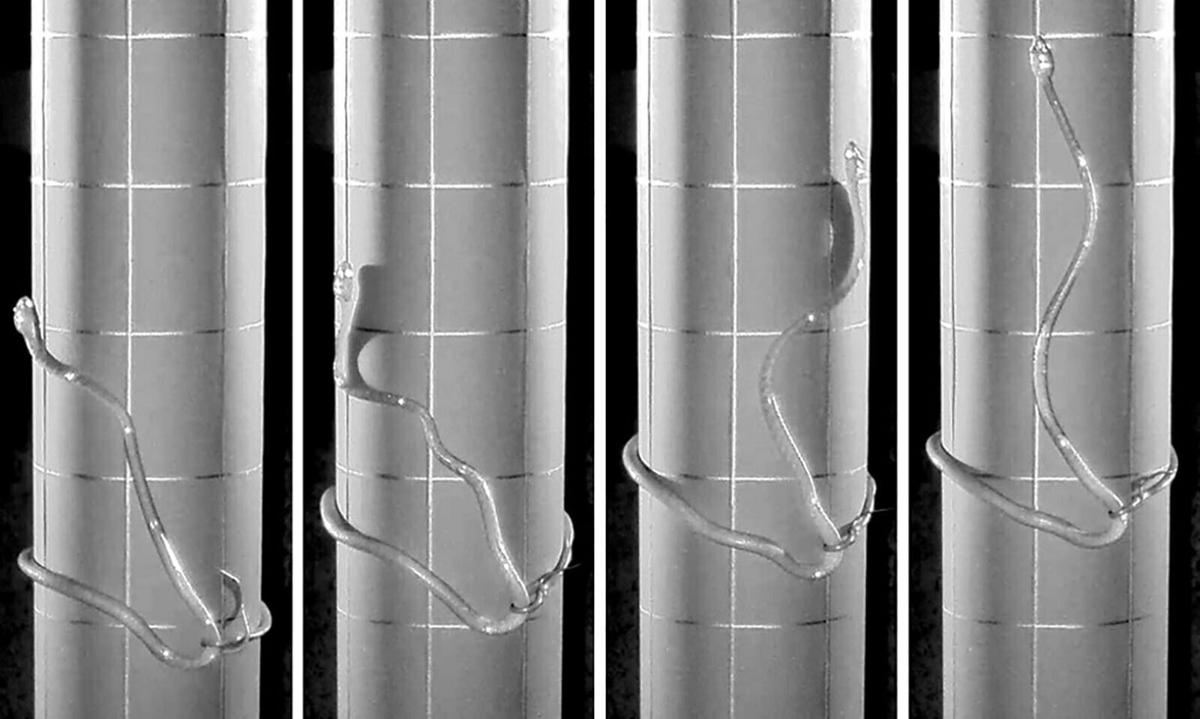 A team of researchers has discovered a new mode of snake locomotion that allows the brown tree snake to ascend much larger smooth cylinders than any previously known behavior.