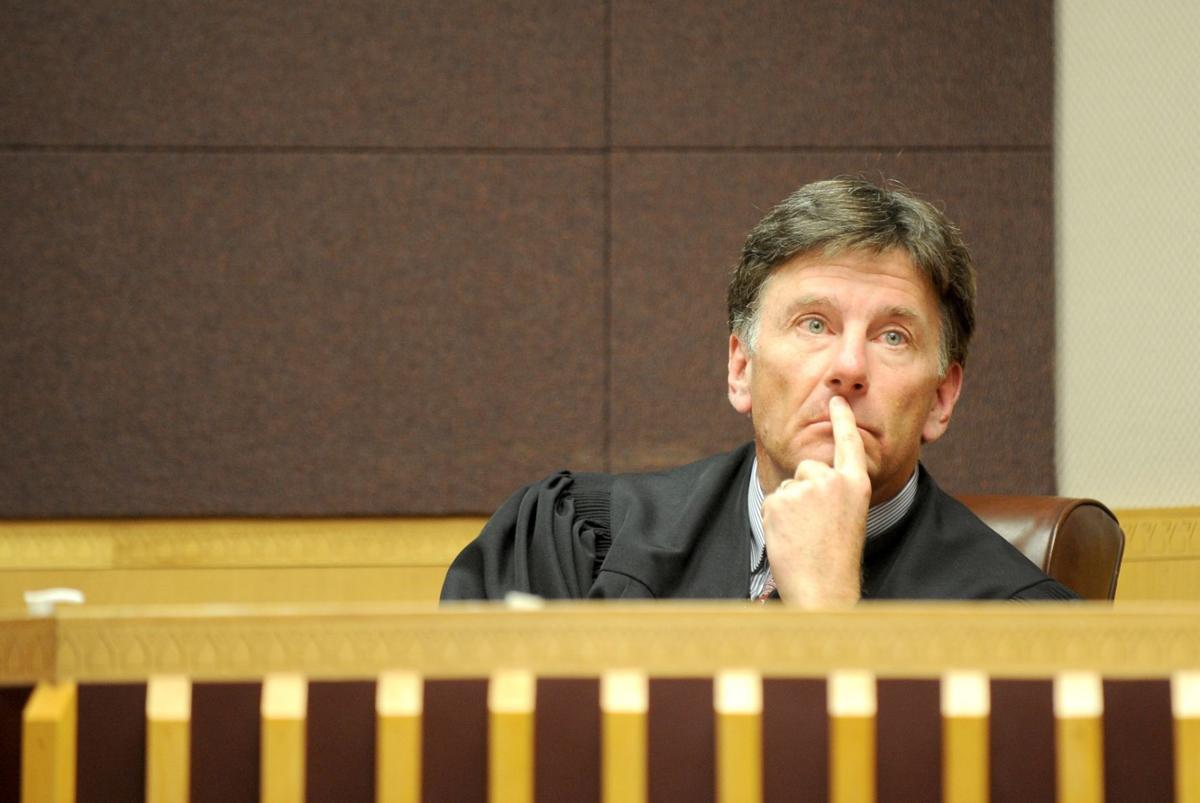 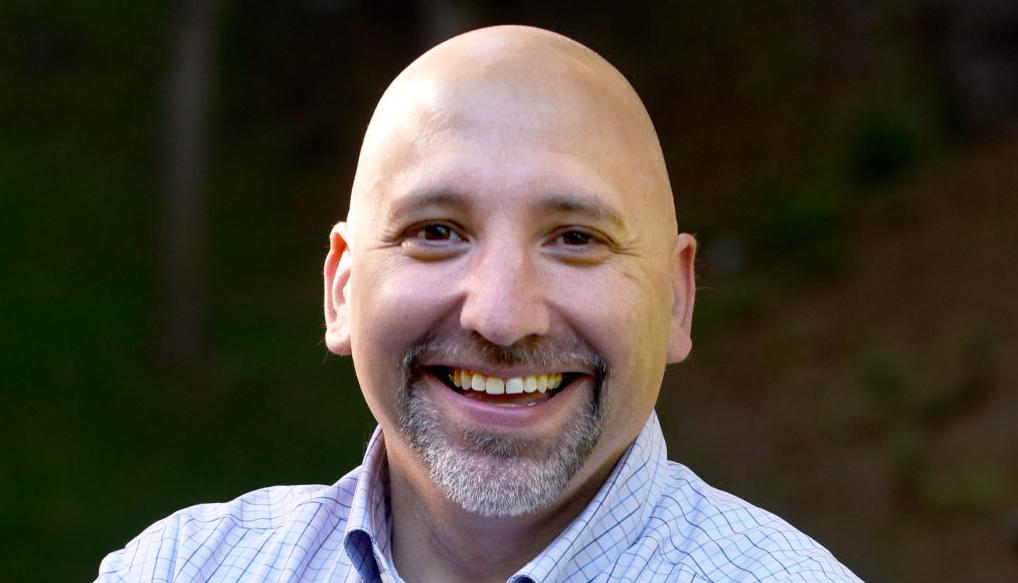 In one of my favorite stories about former Billings Mayor Willard Fraser, he once became incensed at The Billings Gazette for, well, speaking the truth. More precisely, he was livid because The Gazette published verbatim Fraser's truth.

Furious and finger-wagging, he asked a reporter who had apparently upset him by that day's story, "What do you mean telling people what I mean?"

In other words: How dare you use my words against me.

But that's what the media does: Compare politicians' words to their actions. In a nutshell, that's accountability.

Last April, before Yellowstone County District Judge Russell Fagg decided to mull over a run for the U.S. House; before he decided to resign from the bench; before he explored the possibility of the U.S. Senate, he was a monthly local columnist writing about all things judicial on the opinion page of The Gazette.

In one of those columns, Fagg said, "One good solution is for justices to recuse themselves from any case where there is the 'appearance of impropriety.'"

Fagg, in his column, seems to have borrowed what he says he believes directly from the Montana Code of Judicial Conduct which says that judges at all times must "avoid both impropriety and the appearance of impropriety in their professional and personal lives."

Fagg's actions recently raise questions about whether he really meant those words. And those questions must not only be asked, but answered. As Fagg "explores" a possible Senate bid, we have to ask some tough questions. That, after all, is the media's job.

A state judicial commission determined in July that Fagg's "exploratory" foray into politics didn't violate Montana's law at the time. In July, he hardly had much more than a website and so an investigator said he had not breached any ethical code, called judicial canons which are meant to prohibit judges from becoming politically active.

But a careful review of attorney Geoff Keller's findings on July 20 said, "Fagg is not a declared candidate for any public office at this time."

Judges typically cannot engage in overt political activities for good reason — it undermines the impartiality of the judiciary.

But all that was before Fagg started talking about specific issues, before he put to work Washington-D.C. area consultants, and before he slapped "Judge" on the "Russ Fagg U.S. Senate" donation materials.

The report said, "(Fagg) hasn't taken any actions...that would convert him from being a potential candidate." It also said that Fagg had not, in July, said, "this is what I have done/believe."

Rule 4.1(A)(6) says, "A judge or judicial candidate shall not publicly identify himself or herself as a candidate of a political organization."

The Canon 4 also says that a judge cannot "publicly oppose a partisan or independent candidate for any non-judicial public office."

However, Fagg's recent actions seem to run contrary to these rules, and his words to supporters at a recent Billings event seem indistinguishable from those of a candidate.

In a speech to supporters in Billings he said Sen. Jon Tester "is definitely going in the wrong direction. He's definitely voting for the Democratic line. And I can, you know, give you all kinds of examples... I mean, he says one thing and he does something else. And he's really got people bamboozled... And I just think we can do better. And so, it's a huge challenge. I am under no illusions how difficult it's going to be to unseat Senator Tester. I mean, the guy's already raised $6 million. I can't imagine that. To me, it's just crazy."

Several times, Fagg talks about exploring a candidacy, but then seems to slip back into talking like a candidate — one who happens to also occupy a seat on the bench.

Fagg, while at the fundraising event in Billings, addressed the federal deficit, states' rights, the BLM, the Forest Service, and natural resources — not exactly the kinds of things that affect him daily in his job as a District Court judge.

At the conclusion of his remarks in Billings, Fagg said, "I think Montana has a great future ahead of it, but we need to work together in order to do that, and I think I am the best chance of winning the general election in November of 2018."

If that's not identifying yourself as a candidate, I don't know what is.

And if saying Tester is has people "bamboozled," doesn't count as opposing a partisan candidate for non-judicial public office, then the judicial canons would seem to be worthless.

In an interview about his comments, Fagg told me that he saw nothing wrong with the remarks because he had told the room full of supporters that he was only exploring a run.

"I have a bright line in cases of impropriety," Fagg said. "And if you read the judicial commission's report, they said that this is the way to do it. I don't understand the disconnect. Everything I have done is done with FEC (Federal Elections Commission) and the judicial committee in mind."

Twice during the speech, he mentioned donation envelopes — with checkboxes for a "generous" donation of $5,400 per couple (not tax deductible, by the way) or $2,700 for individuals.

On that same donation form, Fagg's logo has incorporated "Judge" Russ Fagg, U.S. Senate. In small font below the shape of Montana, it says, "Exploratory Committee."

If slapping "Judge" on a contribution form doesn't constitute an appearance of impropriety, I don't know what does.

"I had a judge who said, 'Once a judge, always a judge,'" Fagg said in an interview with me. "I have been a judge for 22 years and so that helps people know who I am."

For a man just considering a run at politics, it also seems odd that he's recruited LVH Consulting in the Washington, D.C. area. A look at that "consulting company" shows nearly $2 million in payments from various Republican campaigns in 2016, including Pat Toomey, Mike Lee, Tim Scott and even Montana's own, Zinke for Congress. Odd that Fagg criticized Tester for a $6 million fundraising war chest when he appears to be poised to raise millions, too.

"I don't have a contract with them," Fagg said, but acknowledged they are sending communications on his behalf.

Fundraising is not illegal for an exploratory committee, but using the title "judge" on fundraising literature looks "inconsistent with the independence, integrity or impartiality" of the judiciary — all part of Canon 4 of the Montana Code of Judicial Conduct.

Here's what I mean: He is sitting on the bench and clearly engaging in political activity. If a litigant walked into his courtroom with a Bernie Sanders or a Hillary Clinton button or T-shirt, how could they be sure Fagg would treat them with impartiality?

It's that darn "appearance of impropriety" he cited in his own column.

When asked about the column, Fagg said that he was criticizing judges who took trips paid for by companies whose cases they were adjudicating, not commenting on judges and political office. He said those words — his words — are being used out of context.

I'd argue this isn't some hair-splitting exercise in semantics.  It's not even about politics. It's about trust.

I have the greatest respect for Fagg's service in the community. You'd be hard-pressed to find someone more involved in the community during the course of many years. His politics are no surprise either; he was a Republican legislator.

If he was so committed to judges not appearing to act improperly that he wrote a column about it, we have an obligation to take him at his word. And it would appear that Fagg is guilty of the same misstep for which he criticized the nation's highest judges.

If we cannot trust what he says while he's in a job that has a strict canon of ethics and rules, what is going to make Fagg more trustworthy when and if he moves from the bench to the U.S. Senate?

Be a judge or be a senatorial candidate. But I am not sure you can be both, your honor.

We have to be able to hold our politicians to their own words.

That's precisely what residents should be doing when it comes to his recent actions.

Darrell Ehrlick is the editor of The Billings Gazette, email dehrlick@billingsgazette.com.

Gazette opinion: Harada deserves more than a slap on the wrist

Something seems really wrong with the way District Judge Ashley Harada's case is being handled.

Retired Judge Russell Fagg let Billings in on one of the worst-kept secrets in Montana politics on Saturday: the Republican is running for U.S…