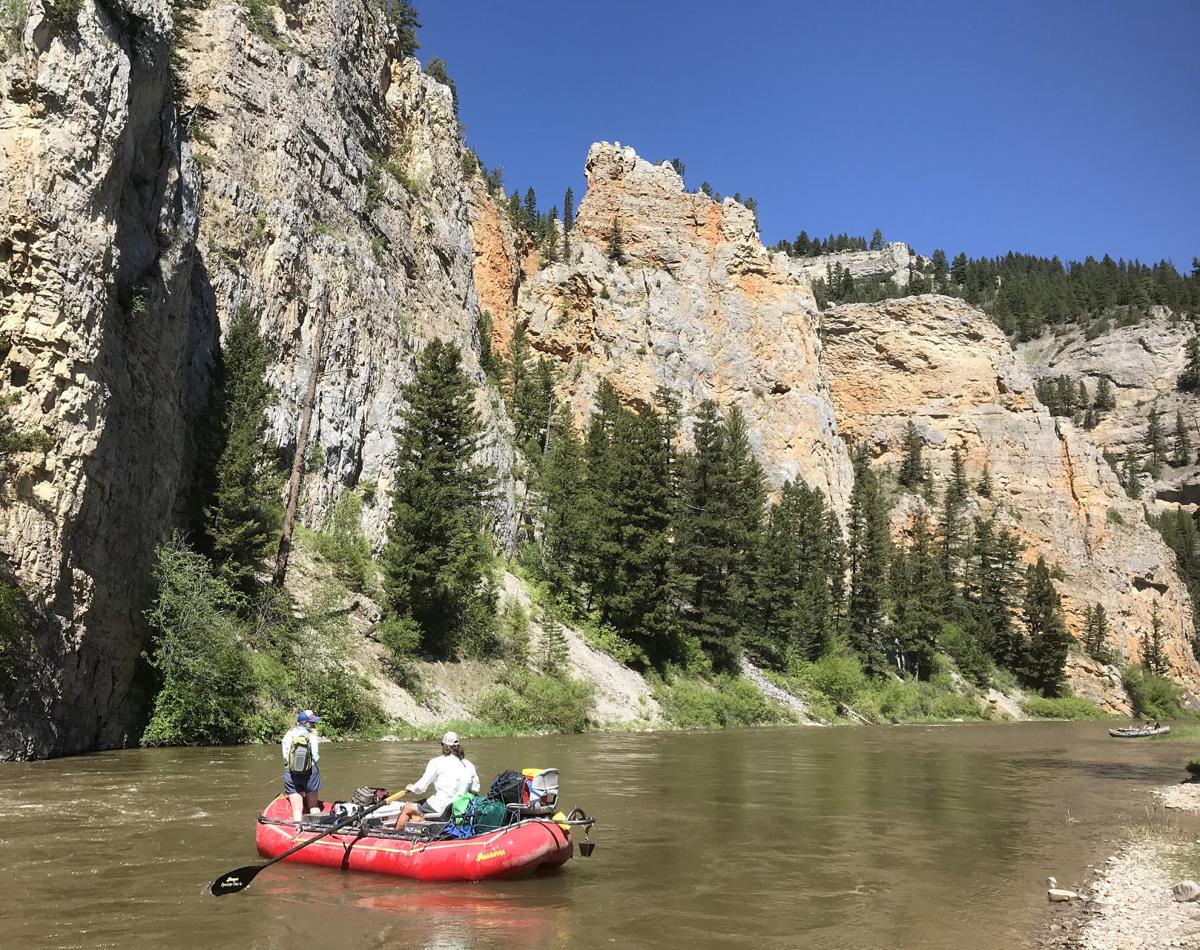 Montana's Smith River is open only to floaters who win a permit in an annual lottery or who call ahead and get a permit after a party has cancelled. 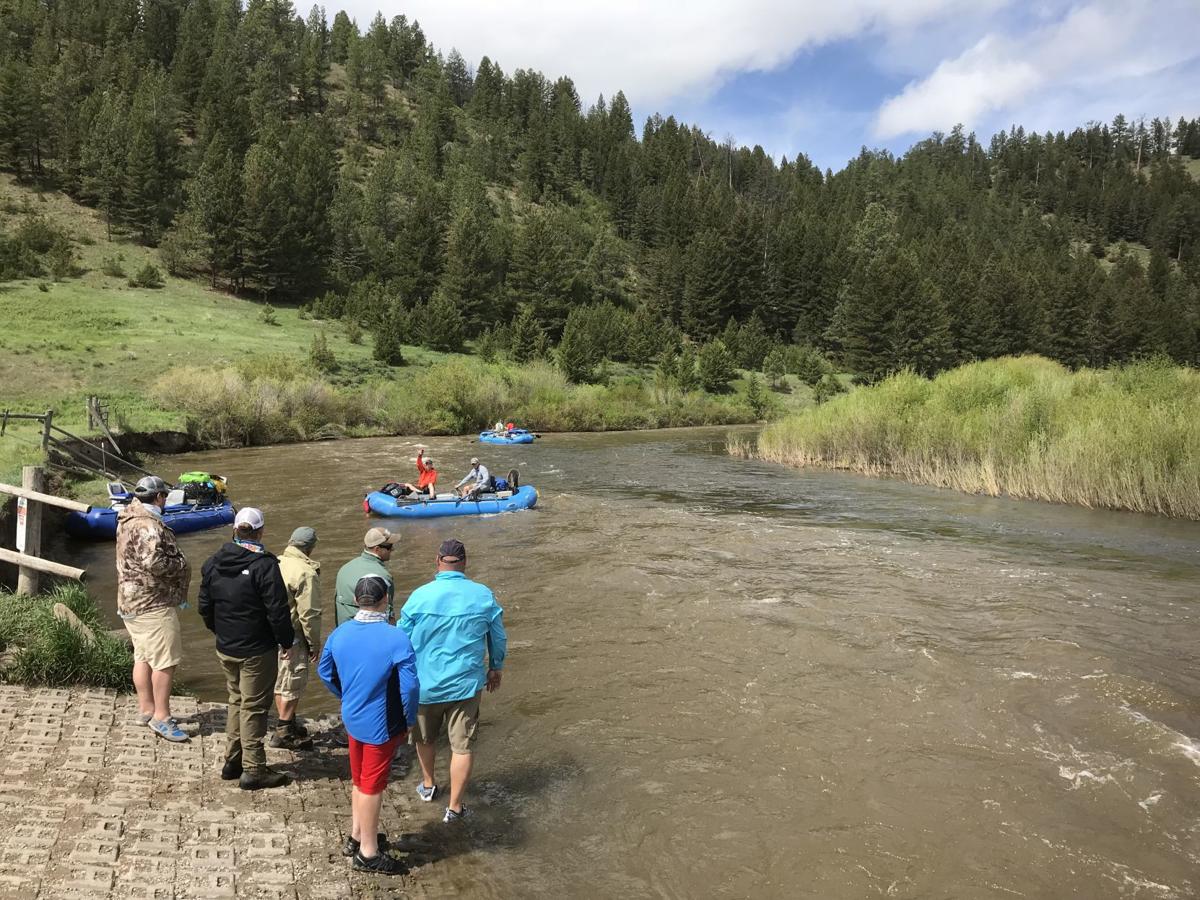 The launch site for the Smith River float trip starts at Camp Baker, not far from White Sulphur Springs.

The Montana Conservation Elders are opposed to the proposed mine that would threaten the legacy and preciousness of the Smith River. Our group consists of seniors who have spent their lives defending Montana’s wild places in our various roles as citizens, agency personnel, teachers, journalists, authors, professionals, career conservationists, outfitters and Congressional staff. We created our organization to work together to continue our lifetime passions for Montana’s outdoors.

The proposed Black Butte Copper Project is the latest in the long list of Montana mine proposals that sell the project to the public as a job creator with no downside. History, something near and dear to our group, demonstrates the true stories of mining in Montana. For a few jobs upfront, Montana’s environment is irreversibly damaged, and at the end of so many mining operations the mining corporations declare bankruptcy. American bankruptcy laws are for corporations, not for citizens — and these corporations have insufficient bonding to cover the costs of cleanup leaving taxpayers with the expense, and subsidizing these temporary mining jobs. Ghost towns and polluted streams across Montana speak to this boom, then bust cycle.

As is so often the case, the group pressing for this scheme demonstrate a history of corporate shenanigans and shifting allegiances. First it was Cominco American in charge, then Tintina Resources, on to Sandfire Resources (Australian), now it’s Sandfire Resources America (which is actually Canadian).

The financial statements of the auditor’s report for Sandfire Resources for June 2019 reveal the flimsy condition of the corporation. I quote: “The group incurred a loss of $14,194,685 during the year ended June 30, 2019.” The Group lost $10,008,510 in 2018. The report states in its notes, "due to its under capitalization, a material uncertainty exists that may cast significant doubt on the group’s ability to continue as a going concern.”

Mining promoters say this time it will be different. Don’t believe that, not with the long history of irresponsible mining in Montana. Look at the Berkely pit — permanently scarred land, forever requiring taxpayer funded remediation. It’s been said “The definition of insanity is doing the same thing over and over and expecting different results.” This goes for the end results of most mining operations in this state.

This proposed mine involves exposing sulfide deposits which accompany the copper. The sulfides are oxidized to form sulfuric acid, bad enough itself, but in addition it leaches out arsenic and cadmium. All of these elements and molecules are toxic to all living things. Mine proponents claim cement will be used to treat a portion of the tailings to minimize the risk of acid drainage; the problem there is that basic chemistry dictates that the acid will disintegrate the cement. The remaining tailings will be transported to a lined tailings pond, eighty acres in size. However, again, history establishes these lined ponds inevitably leak over time. A retrospective evaluation done by Montana Trout Unlimited and Earthworks found that mining corporations water quality estimates were understated in eleven out of twelve cases involving hard rock mines since 1980.

We’re not opposed to all mining operations, just those that are suspect. It is proven history that substandard mining outfits are not to be trusted by the citizens of Montana. The glue that holds any relationship between two entities is trust; in our personal lives and relationships we expect people to do the right thing and abide by the golden rule. Should our values be any different for corporations?

Tourism in Montana is big business. According to the Institute of Tourism and Recreation Research nonresidents spent over $3.7 billion in Montana in 2018. These visitors paid $180 million in taxes, which means a reduction in an individual Montana taxpayer of $430 each year, according to the Montana Office of Tourism and Business Development. Nonresident travel in Montana directly supports 39,000 jobs in our state, indirectly another 14,000 jobs. Together, that’s one in nine jobs in Montana. These jobs are less cyclical than those in the mining industry. The Smith River alone generates over $10 million for the Montana economy, as analyzed by Southwick Associates.

The Smith River country has its own intrinsic value as a fishery, as a provider of wildlife habitat and as a tourist destination. The Smith River and environs are for all Montanans, not just one community. The demand for permits to float the Smith have led to it being the only river in Montana with a permit system; roughly only one in ten applicants get the prize — a permit. We have no right to permanently damage this special place.

Jim Posewitz, one of our members, writes of Montana as the “Last Best Place,” of its wild abundance being protected throughout history by citizens in this democracy, those coming “from each succeeding generation who carry a powerful and persistent land ethic.” He continues, “that it is an effort that will always be a work in progress.” This is one more time that the people of Montana, as individuals and as groups, must step up to protect a piece of the “Last Best Place,” the Smith River. The generations that follow are counting on us.

For the last decade, tens of thousands of people who love Montana’s Smith River have feared and fought against its possible ruin. In 2010, the…

“I believe this proposed mine will be another catastrophic event in the history of Montana hard rock mining,” said Curtis Thompson, a Cascade …

Copper mine in central Montana would emit 340 tons of dust a year, draft air permit says

State regulators say an underground copper mine in central Montana would emit up to 340 tons a year of dust and other small particles.

Montana's Smith River is open only to floaters who win a permit in an annual lottery or who call ahead and get a permit after a party has cancelled.

The launch site for the Smith River float trip starts at Camp Baker, not far from White Sulphur Springs.