Where have the deficit hawks flown to? Are their heads in the clouds?

If you look at the tax plan that just passed the Senate, it’s clear they have flown away from Washington.

Unfortunately, some folks in Congress turned their back on future generations and passed a so-called “tax reform bill” that sells off the futures of our kids and grandkids in exchange for tax giveaways to wealthy out-of-staters.

These tax giveaways to the ultra-rich will saddle future generations of hardworking Montanans with crushing debt by adding nearly $1.5 trillion to the national deficit.

The national debt is already a hefty $20 trillion and climbing, and every man, woman, and child in the USA owes a $63,000 share of that.

Montana small business owners know that sometimes you have to borrow money to survive the bad years, but in the good years, you pay off that debt. Our economy is in pretty good shape right now. We shouldn’t be taking on more crushing debt that will have to be paid off down the road. That is not how you pass down the country to the next generation.

I have long supported cutting taxes for working families and small businesses, simplifying the tax code, and cutting our national debt. But this disastrous plan fails Montanans, and it fails our future leaders.

This tax giveaway to the wealthy not only saddles future generations with more debt, it also raises taxes on Montana families, forces cuts to Medicare, and eliminates important deductions that allow Montanans to keep more of their hard earned money in their wallets.

This all takes place while corporate tax cuts remain permanent, inflating the bank accounts of big business and leaving the folks who do the hard work with smaller paychecks.

Furthermore, folks in the Senate voted on this bill without knowing everything that is in it. The 479-page bill wasn’t released to the public, or to me, until a couple of hours before votes were scheduled to take place. This secret bill had hand-written notes scribbled in the margins, as well as pet projects and sweetheart deals that were snuck into the legislation at the last minute in order to hide them from taxpayers.

There is a desperate need for real tax reform in this country, and the Senate’s leaders should have listened. Montanans need tax reform that gives a break to working class families and small businesses, without adding to our debt.

But politicians in Washington decided to ram this through with no public input, no transparency, and no analysis of how it will impact folks outside of the swamp. This is Washington, D.C., at its worst. That is why we are stuck with a partisan gimmick that makes the rich even richer while the rest of us pay their bill.

Like all Montanans, I care deeply about the future of our Montana and I will relentlessly keep fighting bad proposals coming out of Washington, D.C., that hurt Montanans, threaten our future, and load our kids with debt at the expense of wealthy out-of-state interests.

Across the nation, the problems of illicit drugs and violent crime are growing —and Montana is not immune to what we would like to think is ju…

Family Promise has served needy families in Yellowstone County for many years. It has broad based support from our town and the involvement of…

Every now and then, an issue so thoroughly riles both pro and con forces that the practical realities of a proposal get lost in the idealistic…

I have just come back from giving testimony on the Medicaid rates for nursing homes in Montana. It was a well-run hearing. The governor presen…

When Gov. Greg Gianforte announced the formation of a task force in July to identify “short- and long-term recommendations and strategies for …

With members of the 118th Congress sworn in, and with the chaotic House speaker election now settled, lawmakers are beginning to establish a l…

Montanans are blessed with some of the most expansive rights and freedoms of any U.S. state. We have these freedoms because our Constitution w…

Montana is fortunate to be a state with farmers, ranchers, and organizations dedicated to making quality food available to our communities.

Chloe Koessl: The physician who saved my life is now my medical school mentor

At 16-years-old, a bad car accident changed my life dramatically. I was rushed to the critical access hospital in my hometown of Glasgow — a t…

Kim Gillan: It's time we stand up for seniors

In mid-December, the media reported “Miles City nursing home closing, the 11th one in Montana this year,” implying a gloomy future for seniors… 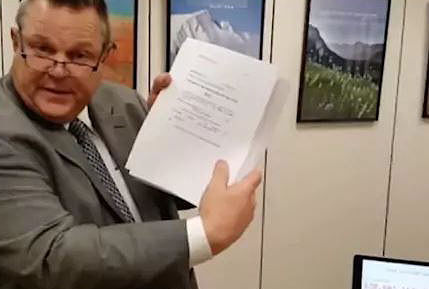 Sen. Jon Tester holds up a copy of the 479-page GOP tax bill, complete with handwritten edits, in a video shot just before the bill passed the Senate early Saturday morning. 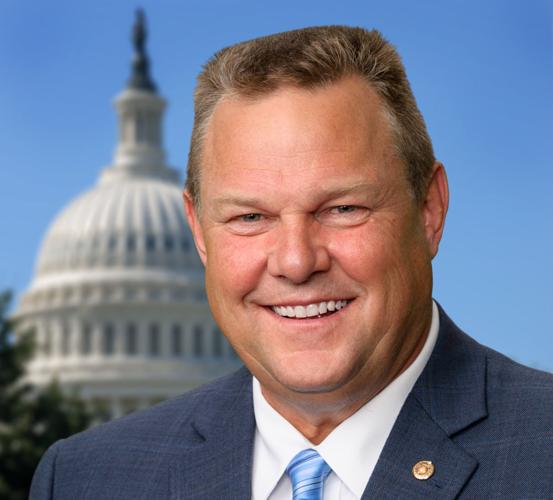