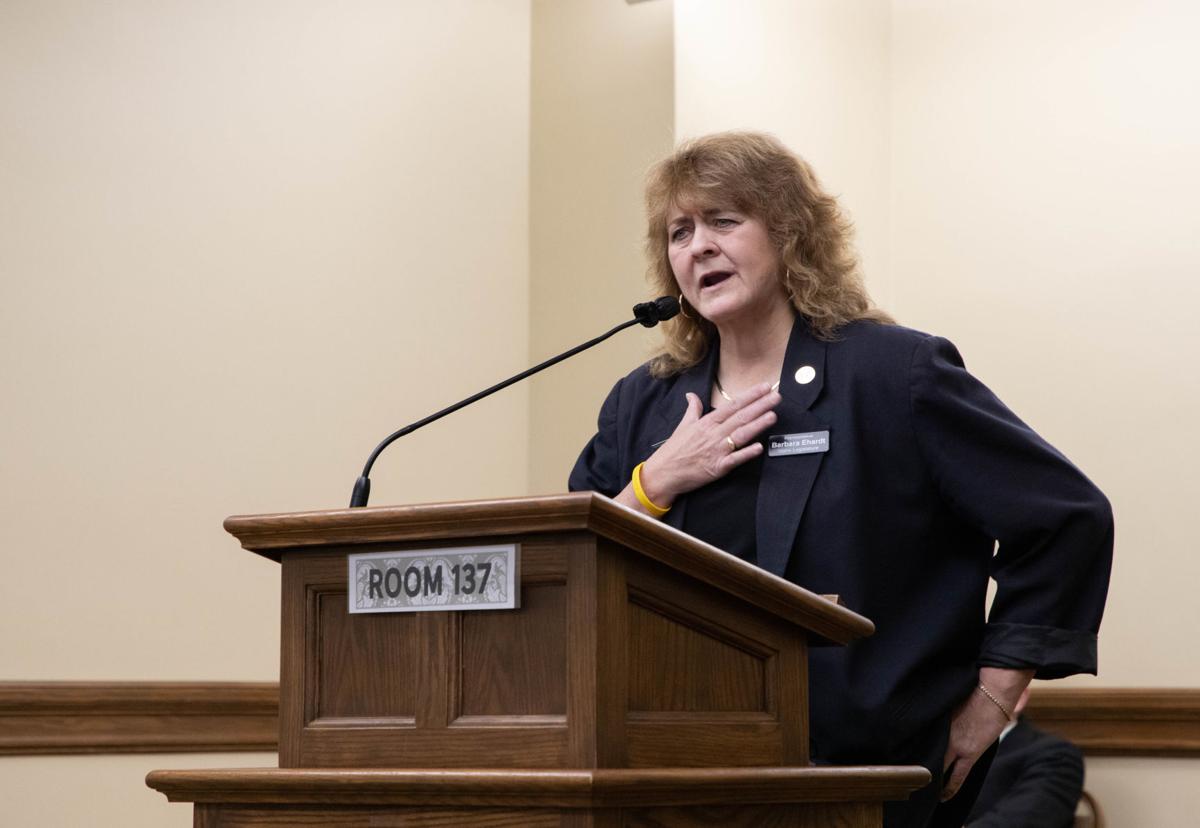 Idaho State Rep. Barbara Ehardt, R-Idaho Falls, testifies in support of Montana House Bill 112 during a hearing in the Montana House Judiciary Committee Monday. The bill, which would ban transgender women and girls from competing in high school and college women’s sports in the state, is very similar to Ehardt’s own bill, which was signed into law in Idaho last year and is currently embroiled in legal battles at the federal level. 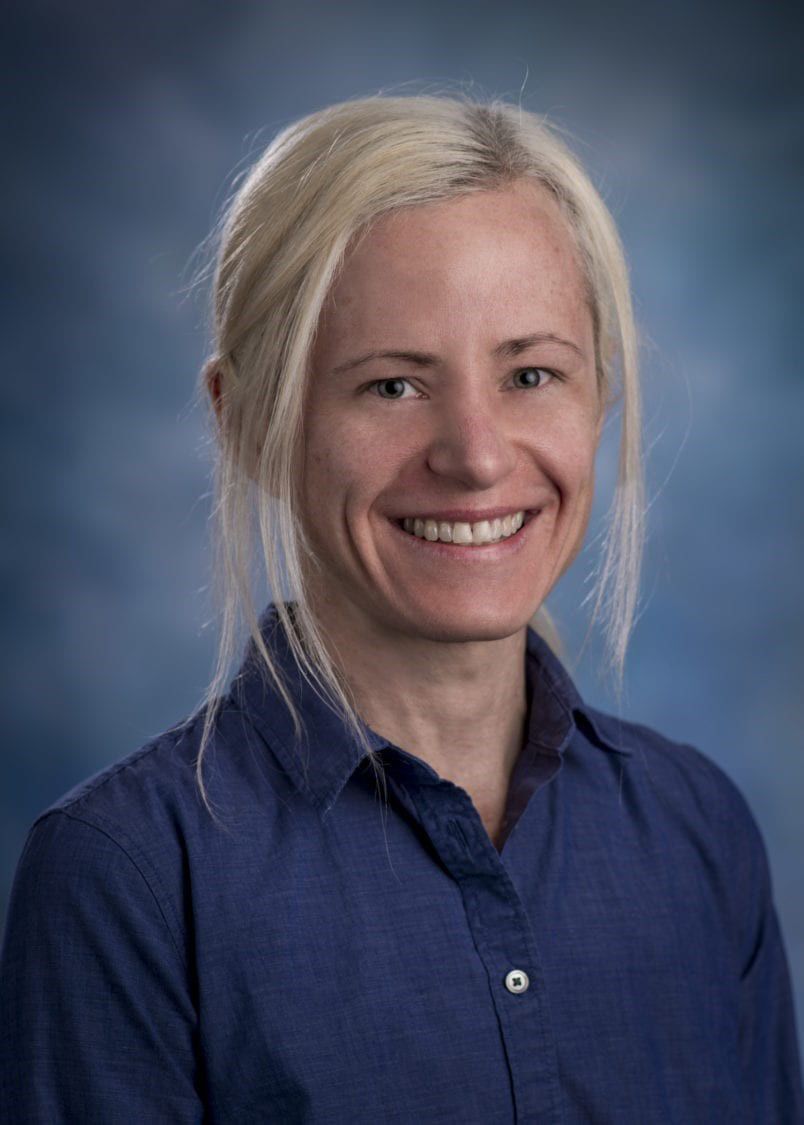 This week, the Montana House passed HB112, designated the "Save Women’s Sports Act" by a 61-38 vote, largely along party lines. This bill follows Idaho’s HB500, the first of its kind, which seeks to maintain the sex separation of sport.

These bills have been designed as "anti-trans" and "hateful" with headlines wrongly stating these bills "ban transgender people from sport." They do nothing of the sort. These bills are also couched as conservative "anti-LGBT" efforts. They are not. As a female athlete on the political left, I strongly support these bills.

Sports are separated by sex because of male-female biological differences of which we are all aware. Starting before puberty and accelerating thereafter, males are stronger, faster, and bigger than females, on average, and it is not close. Furthermore, this sex-difference isn’t about socialization or effort; it is about biology. Male physiology (muscle mass, greater hemoglobin, bone strength, hip shape, lower fat composition) is exceptionally advantageous for sport. For example, 400-meter Olympic champion Allyson Felix has her lifetime best time (49.26 seconds) beaten by hundreds of high school boys every year. The most lauded women’s sports team of this decade, the US Women’s National Soccer Team, was defeated by the FC Dallas boys age 15 and under team 5-2 before going on to win the Women’s World Cup later that year.

If sports were not sex-separated, there would be almost no female college athletes, no female professional athletes, and zero female Olympic athletes for the vast majority of sports (e.g., track, swimming, tennis, basketball, soccer, cycling, and so on). For female athletes to gain benefits from competitive sport, including the possibility of being on teams and winning occasionally, sports must be sex-separated. This is not debatable.

Enter gender. In recent years, we have seen various countries and US jurisdictions allow gender self-identification as a replacement for sex in a variety of arenas including sports. Many of these bills and efforts no doubt have good intentions, but they are misguided. Gender (identity) is not a synonym for sex. People who are transgender experience a "sex-gender mismatch," but they still have a sex and it is on that basis that they are transgender. People should not be discriminated against on the basis of gender, and transgender people deserve full human rights.

There is, however, no "human right" to female sport, just like there is no human right to participate on 14-16-year-old soccer team for 18- or 12-year-olds. For fairness, we create categories for sports based on age and sex, among others (weight, experience), which determine inclusion. For sex-separated sports, being male or female determines access, and gender has nothing to do with it. It is not only not discrimination to separate sports by sex, it is necessary for females to have a level playing field.

To be clear, being transgender should not be a basis for discriminatory treatment on the basis of gender, but sex-based rights are based on sex not gender. Females are not disadvantaged versus males in sport because of their gender — being feminine (some aren’t) — or because of their gender identity— they feel female (some don’t, they just are), but because of their sex. Allowing born males (trans girls or trans women) into girls’ and women’s sports makes no sense because gender is irrelevant to sport.

Thus, although cast as "hateful," Montana’s HB112 is only "hateful" if you think the sex-separation of sport is hateful (and, if so, then why aren’t you calling for unisex sports?). To the claims that HB112 bans trans girls from sport; that’s false. It bans born males from competitive female athletics, which is, in my view, justifiable policy based on the latest scientific evidence about male advantages in sport. Trans girls are still free to participate in unisex and boys competitions.

I support Montana’s HB112. Maybe you do not, but at the least, I urge you to consider on what basis it is "hateful" or "phobic" to eliminate females’ sex-separated sports. It is not hateful to recognize sex, and it is not transphobic to maintain sex-separated sports. We can — and should — protect transgender people from discrimination based on gender without undermining females’ protections based on sex.

Callie Burt is an Associate Professor in the Andrew Young School of Policy Studies at Georgia State University. Her research focuses on crime and law; sex and gender; and genomics. She has recently published an article on balancing sex-based and gender-identity based rights in Feminist Criminology.

It would be an understatement to say that the past year has unleashed uncertainty and anxiety through the hearts and minds of Montanans. The s…

Walter Schwietzer had a problem with his tractor in the middle of last year’s haying season. It wasn’t a complicated issue, but because softwa…

Rocky Vista University is the right partner at the right time for Montana, and can add tremendous value to Billings’ role as the regional prov…

Richard Kyte: Kindness is too often a neglected virtue

Opinion: I have never met a kind person I disliked, even if I disagreed with their politics or we had no interests in common.

Guest opinion: Montana, don't do what Kansas did

In 2012, Gov. Sam Brownback convinced the Kansas Legislature to enact sweeping tax cut legislation. The plan was billed as a “shot of adrenali…

Guest opinion: Deb Haaland is the right person for Interior

Congresswoman Deb Haaland is the right person to lead the Department of Interior.

Idaho State Rep. Barbara Ehardt, R-Idaho Falls, testifies in support of Montana House Bill 112 during a hearing in the Montana House Judiciary Committee Monday. The bill, which would ban transgender women and girls from competing in high school and college women’s sports in the state, is very similar to Ehardt’s own bill, which was signed into law in Idaho last year and is currently embroiled in legal battles at the federal level.