As the nation struggles to regain unity after the recent elections, Montanans can point to its late Senator Mike Mansfield as an example.

As chronicled in Don Oberdorfer’s biography of Mansfield, he lied about his age to serve in the U.S. Navy as a seaman, and made wartime voyages aboard the USS Minneapolis, then went on to serve in the Army and the Marine Corps. Due to his underage enlistment he was one of the youngest veterans of WWI. Later in life he would become the longest-serving Majority Leader of the U.S. Senate, but insist that his gravestone read only PVT U.S. Marine Corps.

Once a low-wage copper miner, Mike Mansfield was never accused of harboring too little respect for government institutions, but perhaps guilty of affording too much. As one of the foremost authorities in Congress on Southeast Asia policy, Mansfield early on opposed U.S. involvement in Vietnam and made his position clear in dozens of private meetings and memoranda to Presidents Kennedy, Johnson and Nixon. Some would argue that he should have been more public in his opposition to his presidents — especially Lyndon Johnson.

However, that was not the manner of the deferential senator from Montana, for whom respect for our government institutions and the Constitution seemed paramount. How would the reticent Mike Mansfield fare in today’s tweet-driven twenty-four hour news cycle? Would the impact of multimillion-dollar issue-ad campaigns filtered by partisan media personalities cancel that humble statesman? Without a doubt.

The pace of our news-driven politics today would deny him time to even think through the complex memoranda he sent to those presidents. His assessments certainly wouldn’t fit within a two-minute cable news spot or be aptly summarized within a 280-character tweet. Nor would he have had time to deliver such comprehensive responses in today’s money-driven political environment, as in-between floor votes he’d have to attend hundreds of breakfast, lunch and dinner fundraisers in order to be re-elected. He spent less than $100,000 in his last Senate race in 1970, whereas over $190,000,000 was spent on Montana’s two U.S. Senate candidates in 2020.

If our government institutions are going to regain their constitutionally prescribed roles, and re-instill some modicum of respect between Congress, the White House and our courts, we must remove the ratings-motivated partisan filters we rely upon so much. Removing the billions in dark money spent to foment hatred over policy differences might help as well. But simply offering respect for each other and displaying a little less arrogance about how absolutely right we all think we always are would be a great start.

Maybe we should all give it a try.

It is time for the Biden administration to support environmental justice for the Northern Cheyenne people on coal. When President Biden was el…

Elections have consequences. The governor, through his appointments, and the Legislature, through their actions, can make changes that affect …

Scott Beckstead: Mink and the coronavirus

Nearly a dozen Montana counties are reportedly at high risk this month for spreading COVID-19, according to an article in the Billings Gazette.

Williams: Abortion rights aren't the first the U.S. has curtailed. And they won't be the last.

"Today, the Supreme Court is dominated by so-called originalists who ardently view the Constitution as frozen in a time in which women, Indigenous people and Black people were subordinate to the framers," writes columnist Michael Paul Williams.

CCLM: Flooding and our future

“The damage is catastrophic,” a Red Lodge business owner said. “We’re between a rock and a hard place. And if we don’t get some assistance, we…

As a lifelong angler and hunter, fifth generation Montanan, and immediate past chairman of Montana’s Fish Wildlife and Parks Commission I can …

Does the media have a bias toward bad news? | The Ethical Life podcast

🎧 Can the negative slant of news reports be blamed for the generally lousy vibes in the country?

Montana is no stranger to disasters, both natural and man-made. The state has a long history of natural disasters including flooding, wildfire…

Jeff Welsch: In Montana, our emphatic commitment to local journalism is bucking a tired cliché

Our commitment to meaningful local journalism is more resolute than ever as it becomes even clearer how vital we are to thriving communities and a flourishing democracy. 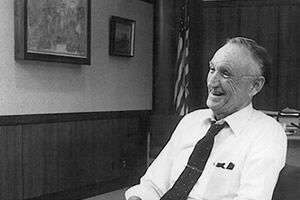 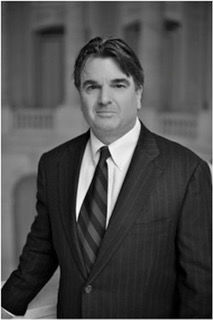