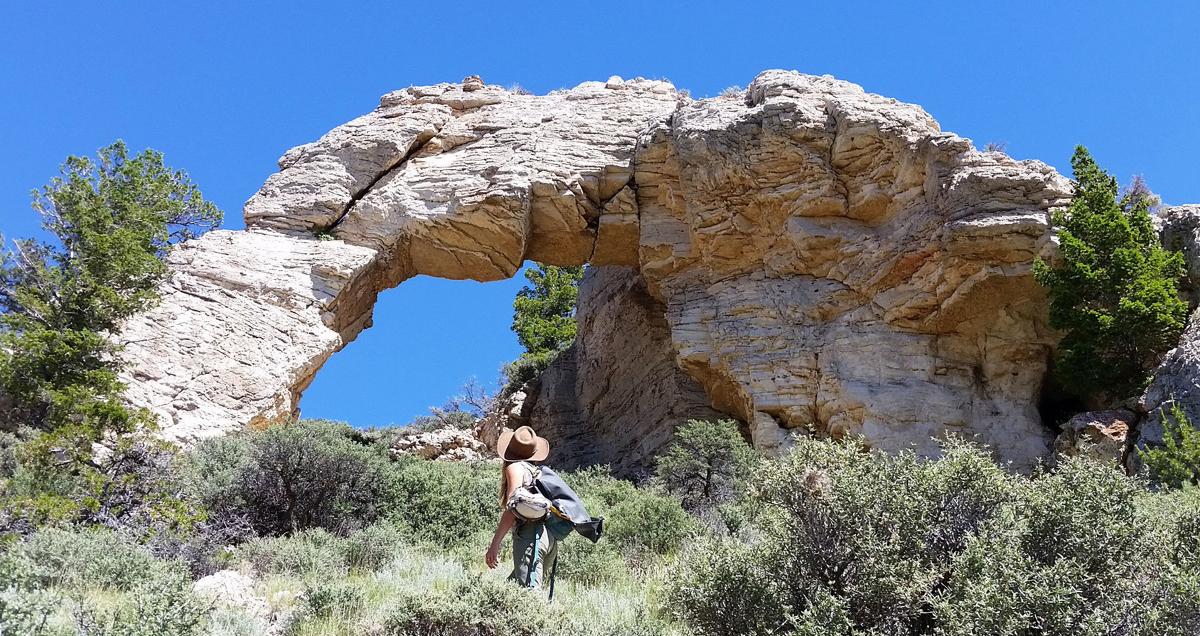 Billings has seen a steady increase in population and economic diversity. In all likelihood, Billings will continue to grow. At a modest average growth of 1.5 percent a year, Billing’s population will increase by more than 40,000 people in 20 years.

At the same time, Billing’s economy has greatly diversified. It is no longer just a cow town with some refineries on its outskirts.

Thus, one is left asking where does the city’s future lie? It is increasingly clear that one of the major factors attracting new talent, new businesses, and new residents is Billing’s proximity to wildlands and open space. The Rims and Yellowstone River both provide local natural areas that are attractive to residents.

A sleeping giant lying south of town is the Pryor Mountains and Big Horn Canyon area. The mountains were named for one of Lewis and Clark’s expedition members. The Pryors consists of two fault block mountains that rise to a height of 8,800 feet. They contain a unique landscape of high, flower studded prairie plateaus, deep, rugged limestone canyons and an abundance of wildlife.

Lying in the rain shadow created by the Beartooth Mountains, the lowest elevations receive a scant 5 inches of precipitation (Tucson, Arizona receives 12 inches), making this the most arid location in Montana. However, due to the tremendous elevation difference between the valley and mountain tops, one can move up through sagebrush and juniper to forests of aspen Douglas fir and subalpine fir.

Due to the diversity of habitat, the Pryors are a biological hot spot. About 1,000 species of plants are found in the Pryors or 40 percent of all plant species known for Montana, including four species found nowhere else in the world. More than 30 species more common in deserts further south reach their northern limits here.

Wildlife is abundant here including large mammals like deer and bighorn, but also more than 200 species of birds as well as increasingly rare species like Yellowstone cutthroat trout.

In addition to the natural attributes of the range, there are many archeological and historic sites culturally significant to the Crow people that deserve special attention.

With all these outstanding features in mind, it’s time for Billings to stand up and recognize that the Pryor Mountains are an ecological and economic asset that deserves greater protection and recognition for its unique features.

There are a number of ways to ensure the future of the Pryors. The first is the designation of all large roadless areas. Currently, the Custer Gallatin National Forest is revising its forest plan and should recommend four exceptional, roadless areas including Bear Canyon, Big Pryor Plateau, Lost Water Canyon, and Punchbowl for wilderness designation.

Several creeks in the Pryors merit protection under the Wild and Scenic Rivers Act including Bear Creek, Lost Water Creek and Crooked Creek.

Beyond the immediate need to have the Custer Gallatin National Forest support wilderness designation in the Pryors, longer term, the fragmented agency management of the area, split between the National Park Service, Bureau of Land Management and Forest Service would be better served if the entire Pryor Mountains/Big Horn Canyon NRA were given national monument status under National Park Service management.

Given the growing amenity economy that is driving economic growth across the West, protecting landscapes like the Pryor Mountains/Bighorn Canyon area as a national monument would highlight the special attributes of the area and add to Billings' desirability as a regional economic center.

Protecting the Pryor Bighorn area as a national park unit with wilderness overlays would ensure that the area’s unique features are preserved into the future.

George Wuerthner, an ecologist and author of "Wildfire: A Century of Failed Forest Policy," divides his time between Livingston and Bend, Oregon.