A blueprint for the election of 2020? That history remains to be written. No, welcome to the presidential election of 1876.

We Americans often get so fixated on our present controversies that we forget we have a long history of brutally, even viciously, contested presidential elections. And they’ve happened every four years for the last two-plus centuries. Since no presidential candidate, other than the first, George Washington and later James Monroe in 1820, has run unopposed, it’s not surprising that our presidential elections are no strangers to controversy. In 1800 and 1824 no candidate in those races received a majority of that strange American beast, the Electoral College vote, to determine a decisive victor. The vote was split between several regional contenders. Accordingly, the House of Representatives — under its constitutional obligation — was left to determine the winner. Abraham Lincoln received less than forty percent of the popular vote in 1860; his name wasn’t even on the ballot in many southern states, but he earned enough of the Electoral College vote to prevail. The South, however, couldn’t stomach his stance on slavery — he didn’t want it to spread — and seven states seceded before his inauguration and civil war erupted. In five elections: 1824, 1876, 1888, 2000, and 2016 the losing candidate received a majority of the national popular vote. In the 2000 race, as anyone older than thirty can recall, the Supreme Court ended Florida’s recount that handed George W. Bush the White House five tortuous weeks after Election Day.

The 1876 election, however, was a true chart-topper for political mendacity. It took place during the twilight days of Reconstruction as the nation healed its wounds from the bloody Civil War. Many northerners, some sympathetic southerners, and African Americans tenaciously tried to safeguard civil rights for four million recently freed former slaves. The Democrat Samuel Tilden squared off against his Republican challenger Rutherford B. Hayes. In the South, African Americans flocked to the polls to vote for Hayes and the party of the Great Emancipator, Abraham Lincoln, only to be met by armed, Democratic-leaning vigilante groups hellbent on re-establishing white supremacy. Overt intimidation and outright violence were commonplace at many polls. Ballots went missing in key precincts or were fraudulently cast by southern whites. South Carolina recorded a 101 percent turnout. Hayes and his Republican party, despite substantially losing the popular vote to Tilden, understandably cried foul. South Carolina, Florida, and Louisiana where the intimidation and voter suppression had been the most blatant, sent dueling slates of electoral votes to Congress — one for Hayes, one for Tilden — for lawmakers to disentangle. The national press hurled daily accusations of electoral treachery against whichever party their respective editors opposed. In the meantime, the Republican-led House of Representatives appointed a special fifteen-person electoral commission to sort it all out. Composition: five Republicans, five Democrats, and five Supreme Court justices, three of whom were Republican and two who were Democratic appointees. The math: eight Republicans, seven Democrats. No surprise that after weeks of deliberation and national suspense — with talk of renewed civil war growing louder by the day — the commission’s eight Republicans, including those three Republican-leaning Supreme Court justices, awarded the disputed electoral votes to Hayes, giving him an Electoral College majority of one. It was the most razor-thin margin in American history. In return for their acquiescence to the commission’s findings, southern Democrats received assurances that their section of the country would be returned to notorious “home rule” — that is, the non-interference of the Republican-led federal government while the re-establishment of white supremacy in state governments and communities rapidly unfolded. What followed was the long national nightmare of segregation, racial terror punctuated by wide-spread lynching, the wholesale disenfranchisement of African Americans, and a legacy of federal indifference to racial injustice. The reverberations painfully still echo through American history to the present day.

Yet somehow, despite the subsequent sordid history spawned by this chaotic mess of an election, America survived. Is the past any guide to our future? Hard to say in these uncertain times, but the moral of the story is that we have suffered and persevered through turbulent, vicious, bitter presidential elections in our past. What we haven’t experienced, though, is a defiant, incumbent president refusing to accept the results of an election defeat and peacefully relinquishing power to the hated opposition. Hopefully that editorial will remain rightfully unwritten.

Keith Edgerton is the chair of the history department at MSU-Billings where he teaches courses on modern American and Montana history. 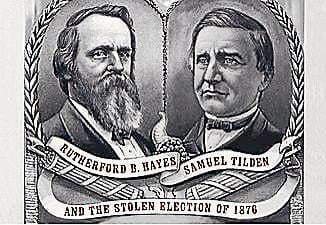 The disputed election of 1876 was the closest in U.S. history. 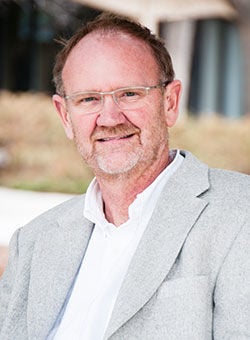