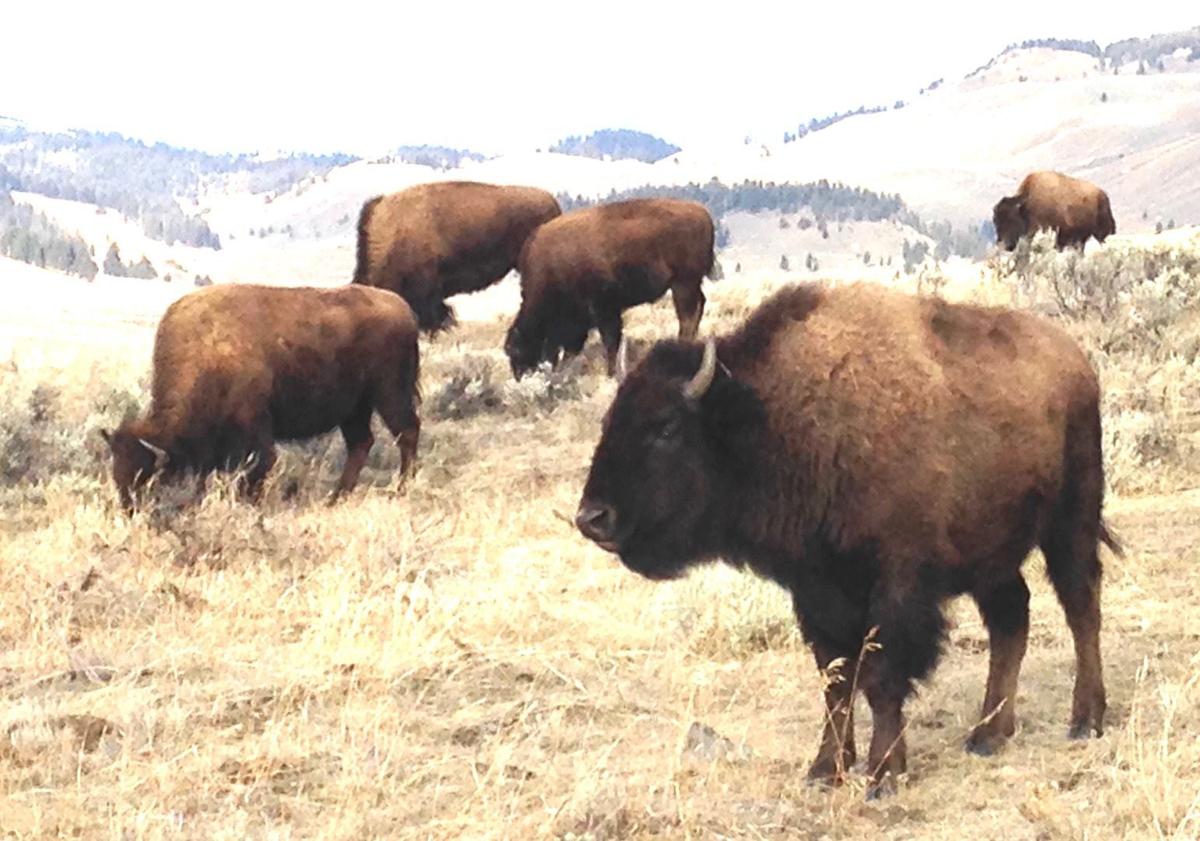 Wild bison like these in Yellowstone Park's Lamar Valley have not been allowed to roam into Montana like other wild game. Montana Fish, Wildlife and Parks this month released a rule setting up a planning process for allowing wild bison in Montana under strict conditions. 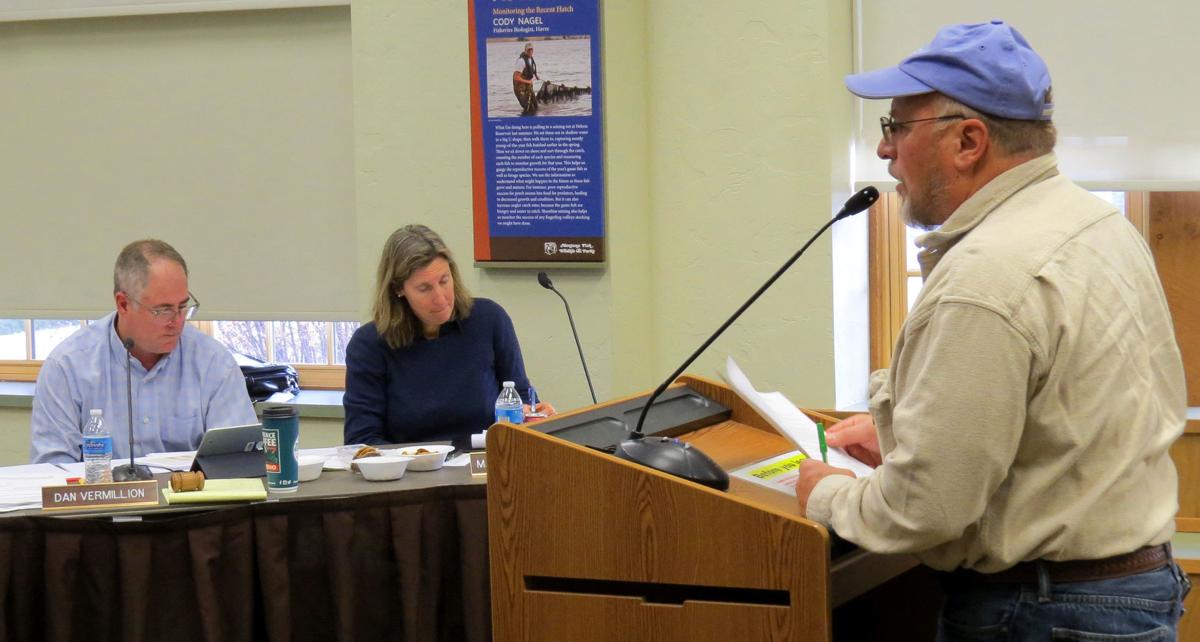 Chris Marchion, of the Anaconda Sportsman's Club, addresses the Fish and Wildlife Commission on Dec. 12, 2018, in Helena, including chairman Dan Vermillion, at left, and Fish, Wildlife & Parks director Martha Williams.

Very few people today realize that at the turn of the 20th century, market hunting and commercialization had nearly wiped out Montana’s wildlife populations.

It was only through the establishment of ethical laws by Montana’s pioneer legislature and the hard work of Montanans on both sides of the aisle that we began the long effort to restore wildlife back to our lands and waters. While Montana has done a good job restoring notable species like elk and deer, other species like bison have not been as successful.

Fortunately, the state’s recently released bison restoration rule is the next important step in Montana’s proud legacy of wildlife restoration. The rule is the culmination of work by landowners, hunters, wildlife biologists, and Montana conservationists. It creates pragmatic guidelines that spell out how Montanans must work together to advance restoration on state or federal lands in the future.

For restoration efforts to proceed in Montana, a proposal must originate from the ground up through transparent collaboration with local communities. A proposal will need to include the input of landowners, county officials and hunters. It would also require a full environmental analysis and public review process. It must be made in Montana.

This new wildlife restoration rule is being celebrated by hunters across the state. We hope the day is close when a healthy herd of wild bison can be ethically hunted and professionally managed by the state, outside of the shadow of Yellowstone National Park.

One group, however, does not want Montanans to work together to find this path forward. The United Property Owners of Montana is a dangerous agent of privatization. The group has long fought to eliminate bison in Montana and to privatize elk management for their outfitter members. For years, this dark money organization has operated in the halls of the State Capitol to shut down access to public lands and have even tried to privatize public resources like drinking water and eliminate our stream access law.

Given this, it’s not surprising to see their lobbyist, Chuck Denowh, recently oppose this new bison rule in a fact-devoid opinion piece. His organization obstinately opposes Montanans working together with local communities to restore public wildlife. But they also oppose the efforts of private groups, like American Prairie Reserve to restore private herds of wildlife using private property rights. They have resorted to invoking the American Prairie Reserve as a boogeyman, even though they have nothing to do with establishing a wild herd of bison.

This aptitude for lying and intolerance for Montanans sitting down to work out their problems is exactly what we have come to expect from a group that is ethically and morally bankrupt. United Property Owners and others like them, represent the same forces of greed that decimated our wildlife populations in the 19th century.

These anti-access, out-of-state funded dark money groups are on the wrong side of history. Montana’s legacy is one of favoring the creation of public opportunities over private greed. For over a century, Montanans have rallied to create and enhance our rich legacy of public lands, public access, and public wildlife.

The new bison rule has given many Montanans new hope and new guidelines to continue the legacy of restoring our public wildlife for the benefit of future generations. There is much work to be done, but by working together, I’m confident we can achieve the next great conservation success.

Chris Marchion, of Anaconda, was inducted into the Montana Outdoor Hall of Fame in 2014.

Wild bison like these in Yellowstone Park's Lamar Valley have not been allowed to roam into Montana like other wild game. Montana Fish, Wildlife and Parks this month released a rule setting up a planning process for allowing wild bison in Montana under strict conditions.

Chris Marchion, of the Anaconda Sportsman's Club, addresses the Fish and Wildlife Commission on Dec. 12, 2018, in Helena, including chairman Dan Vermillion, at left, and Fish, Wildlife & Parks director Martha Williams.