If there’s one thing Montanans are about, it’s common sense. We work hard, play by the rules and don’t like when Washington elites impose laws that go against what works for Montana. That’s why I fought against President Biden and the Democrats’ attempt to pass their partisan bill to enact a federal takeover of elections every step of the way — because what they were trying to do didn’t make sense, and it’s not what Montanans wanted.

In Montana, thanks to the leadership of Gov. Greg Gianforte and Secretary of State Christi Jacobsen, the Montana Legislature passed election integrity laws that make it harder to cheat, like strengthening voter ID laws. It’s not only Montanans who agree that voters should show an ID before casting a ballot, according to the Honest Elections Project, nearly 80% of Americans feel the same way.

This seems like a no-brainer to most of us Montanans because after all, you need an ID to get a hunting or fishing license, to rent a car, or to get on an airplane. And now, in many liberal-run cities across our nation, Democrats are even enforcing ID checks to get into a coffee shop or sit down for dinner. So, it’s no wonder why we’re all left a little confused how President Biden, Chuck Schumer and Senate Democrats, including the senior senator from Montana, tried to override the will of Montana voters and undermine state voter ID laws when it comes to something as foundational to our democracy as maintaining integrity in our elections.

Why should the federal government reach their hands into business that Montanans already settled? If the Democrats’ multiple attempts to steamroll the Constitution, undercut Montana’s election laws and make it easier to cheat seem to go against every ounce of your common sense, that’s because it is.

Although the Democrats tried hard to mislead the American people, including Chuck Schumer going to the Senate floor and lying about Montana’s election integrity laws, their effort was never about voting rights. It was always about power and ensuring one party rule forever. It was simply an attempt to tip the scales in their favor and control Washington, D.C.

Undermining state voter ID laws was just the icing on the cake; their bill was jammed full with far-left priorities to support their partisan power grab. If my colleagues had it their way, their so-called “voting rights bill” would have spent your tax dollars on political campaigns, mandated unsupervised ballot drop boxes, allowed for the counting of votes received after election day and prohibited states from cleaning up out-of-date voter rolls.

I think most Montanans would agree these efforts just don’t make sense.

Our Founding Fathers feared concentrated power in the federal government and they knew what they were doing when they put the power to administer elections in the hands of the states. To abandon that founding principle would be a disservice to Montanans and all Americans who want safe, secure and trustworthy elections.

Bill Dutcher: Pitman and Jones are hurting MetraPark and its future

Metra has been under assault by two members of our county commission.

"Is there a direct relationship between what you see on the streets in Denver, Seattle, Portland, and San Francisco with legalizing marijuana?"

K. Webb Galbreath: Public service is a safeguard, not a political power trip

People who know me well, know that I am not a politician. I’m about as far removed from power trips, lying and the political game-playing as a…

My neighbor is famous.

Last week we learned about the Supreme Court’s impending decision to strike down Roe v. Wade and overturn half of a century of legal protectio…

Williams: Without informed citizens, democracy will succumb to falsehoods.

A week after the murder of George Floyd, Richmond police tear-gassed peaceful protesters at the Robert E. Lee monument.

Kevin Proescholdt: Poisoning the Absaroka-Beartooth Wilderness is a bad idea

On April 14, the U.S. Forest Service (USFS) issued a draft decision to approve a proposal by Montana Fish, Wildlife, and Parks (FWP) to repeat…

The April 26 article on sex parlors masquerading as massage parlors quotes the mayor without quoting local massage therapists. “Some” massage … 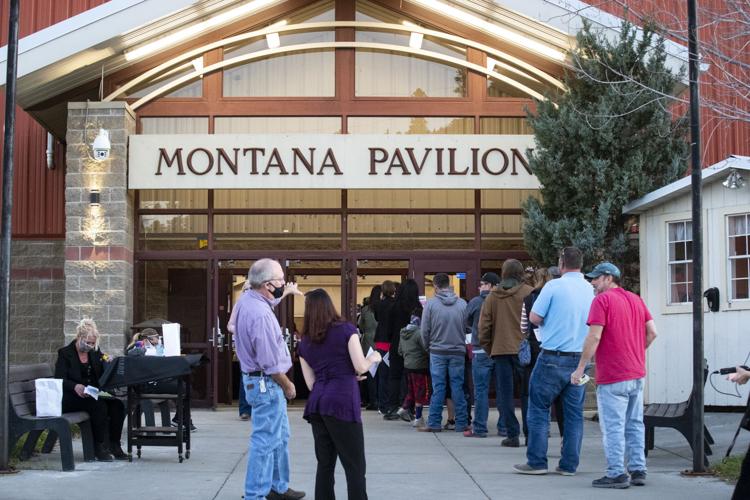 Voters wait in line outside of the Montana Pavilion at MetraPark in Billings on Election Day, Tuesday, Nov. 3, 2020. 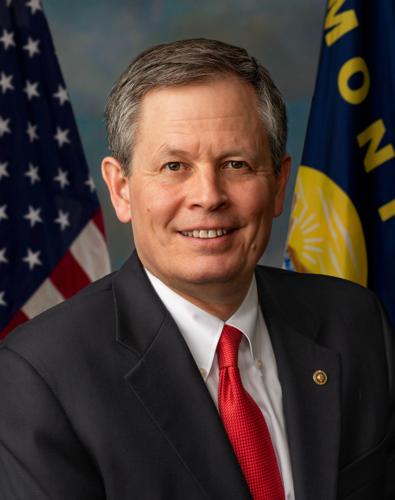