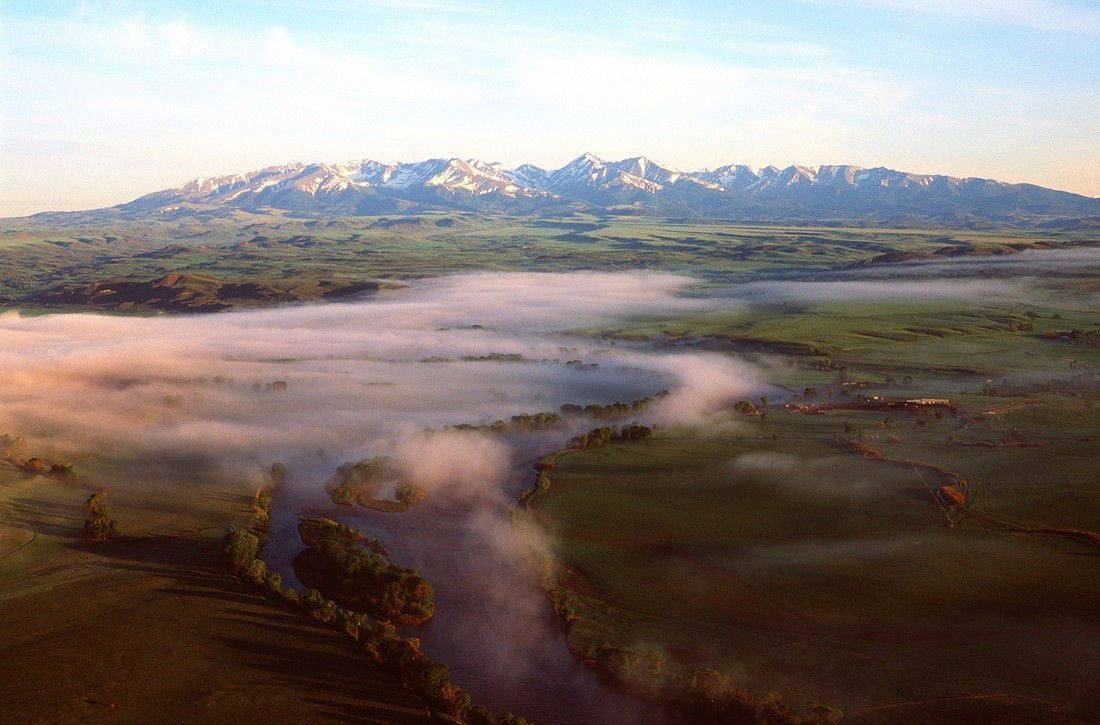 Fog shrouds the Yellowstone River as it winds past the Crazy Mountains in this aerial view east of Big Timber. 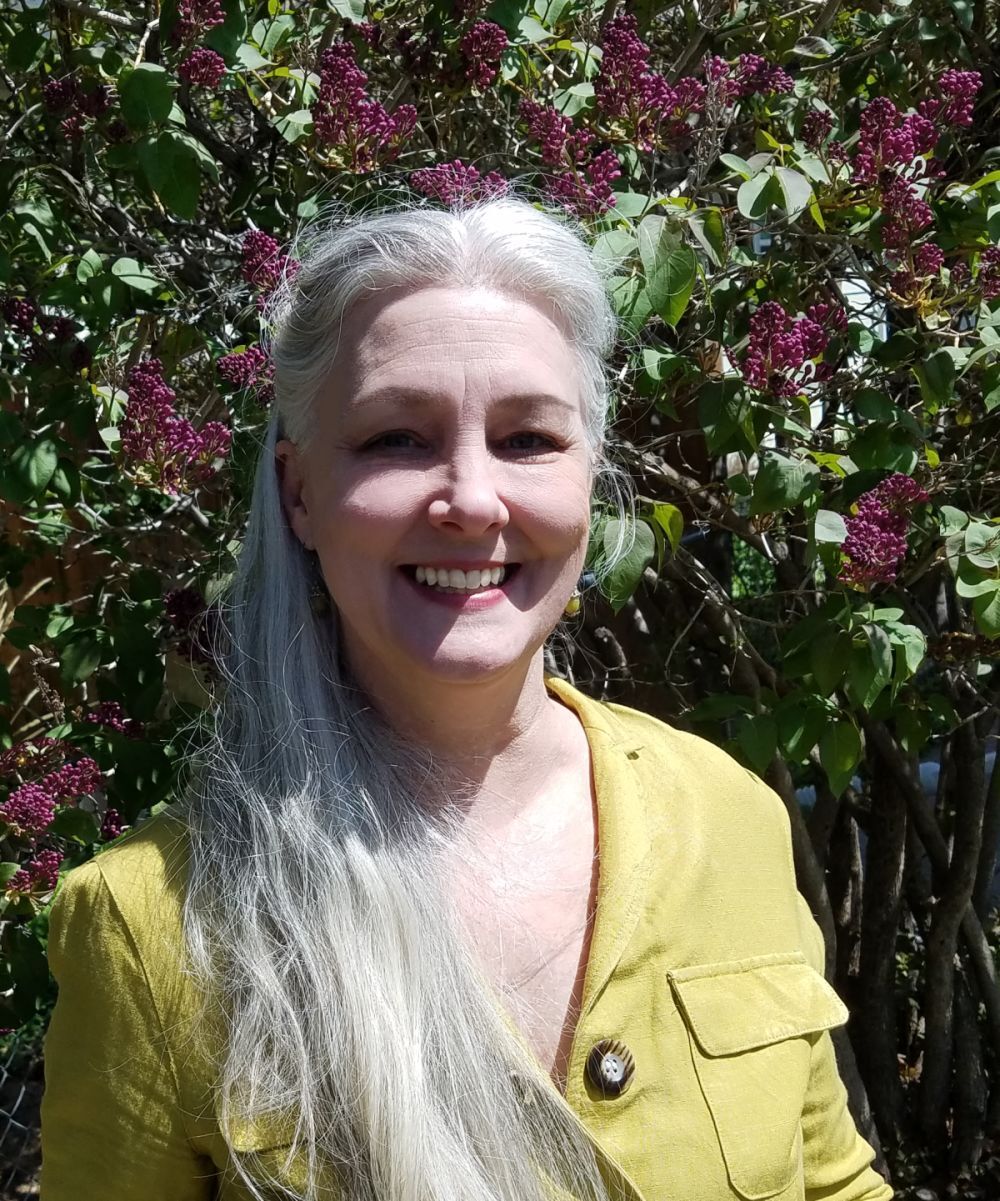 Recently touted as a “made-in-Montana compromise”, this 3rd land exchange proposal (east-side of the Crazy Mountains) is anything but — let's call it what it is — a big money sellout.

For the public trust's sake, here are the tip of the iceberg points, and how these land exchanges are shrinking the Crazy Mountains.

• Tom Glass (Western Land Group, Inc. representing the Yellowstone Club) was in discussions with Custer Gallatin National Forest Supervisor Mary Erickson, on a proposed land exchange in Big Sky. Glass was informed that the land they offered the FS, was not an equal exchange, they would need to come up with the value balance.

• On February 10, 2020, Enhancing Montana's Wildlife & Habitat, our Friends of the Crazy Mountains plaintiffs and attorneys attended a private meeting requested by Glass and Jess Peterson (Western Skies Strategies), involving their proposed eastern Crazy Mountains land exchange they were creating for the Forest Service. This presentation was also given to numerous groups, shopping for buy-in.

• Glass stated they did not believe a NEPA process would need to be conducted and were leaning toward a Congressional legislative exchange, rather than administrative, potentially steamrolling the process and reducing opportunities for public involvement. Glass registered as a Congressional lobbyist, on behalf of Yellowstone Development, LLC, on March 1, 2020, to lobby on “Land Exchange Legislation”.

• Not only does this east land exchange ignore the approximate 100 year old public access existing trail system, abandoning a crown jewel Sweet Grass Trail to privatizers, it also moves the trails to much steeper elevations, limiting users who can physically access the trails. This proposal, as the others, ignores the fact — the public already has access: historical prescriptive easements, Northern Pacific Railroad grant deeds, and RS2477 public access, if only the FS would simply do their job to defend it from private landowner obstruction.

To summarize what got us to this point:

2015, Responding to Sen. Daines, concerning Trail 115/136, Erickson wrote, “The Forest Service maintains that it holds unperfected prescriptive rights on this trail system as well as up Sweet Grass Creek to the north based on a history of maintenance with public funds and historic and continued public and administrative use.”

June 16, 2017, District Ranger Sienkiewicz was removed, after Sen. Daines wrote to Ag Sec. Sonny Perdue, including landowner false allegations. After public outcry and an investigation, Sienkiewicz was re-instated, but has not been involved with any proposed exchanges.

2019, The east and west-side are currently in litigation; south-side exchange is sitting after majority public comment opposition; this east-side exchange has not formally been presented to FS yet.

Taken as a whole, between east and west-side obstruction requiring litigation, proposed southern exchange, now the east proposal, we're seeing the inexcusable shrinking of the Crazy Mountains, a theft from the public's hands.

To view a satellite map with existing trails and proposed trails, go to EMWH.org, to view shrinking of the Crazy Mountains.

While collaboration and finding solutions is great, as a public trust researcher and advocate, not only do I disagree with the east-side proposal and its faulty foundation, I feel Supervisor Erickson's directing of the Yellowstone Club's involvement and money toward the Crazy Mountains is appalling, exacerbating an already flammable situation.

Please contact Senators Tester and Daines, Rep. Gianforte and tell them, “Do not legislate the East Crazy Mountains, it must go through the administrative process, the public must have input.

When Montanans venture out in winter, we know to bundle up with coat, hat, gloves and snow boots. When going out during the COVID-19 pandemic,…

I’m just going to blurt it right out: Call off on-campus schooling for the foreseeable future.

As hunters and conservationists, we are nothing short of grateful that our state’s citizens demand their leaders to lead on public lands issue…

Guest view: Steps in the right direction being taken in Crazies

My love affair with the Crazy Mountains began nearly two decades ago.

Guest view: Bullock continues to block OPI from the table

I am optimistic for the coming school year. I would rather be talking about the positive vision for Montana education than the governor’s vaca…

The United States has long been at the vanguard of conservation, and the Trump Administration has furthered these ideals more than any adminis…

Fog shrouds the Yellowstone River as it winds past the Crazy Mountains in this aerial view east of Big Timber.