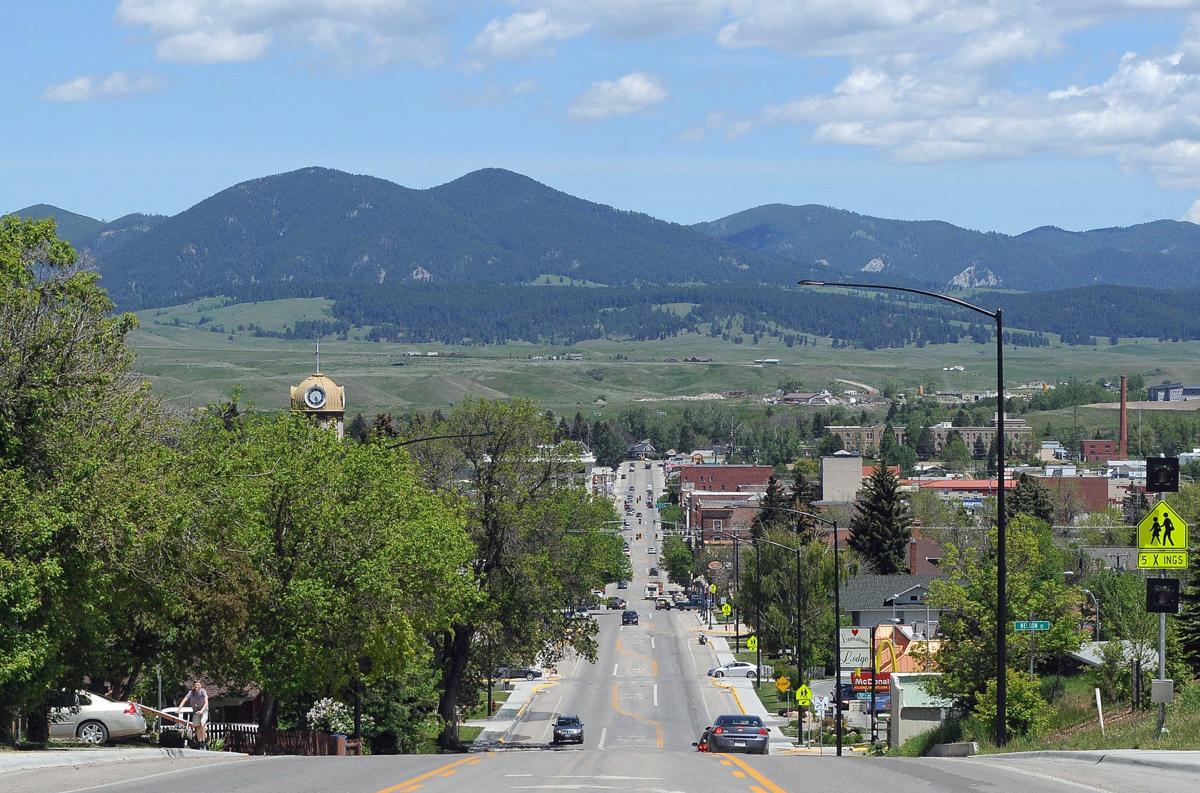 Large portions of BLM property in the Judith Mountains, located north of Lewistown, will be managed for recreation. 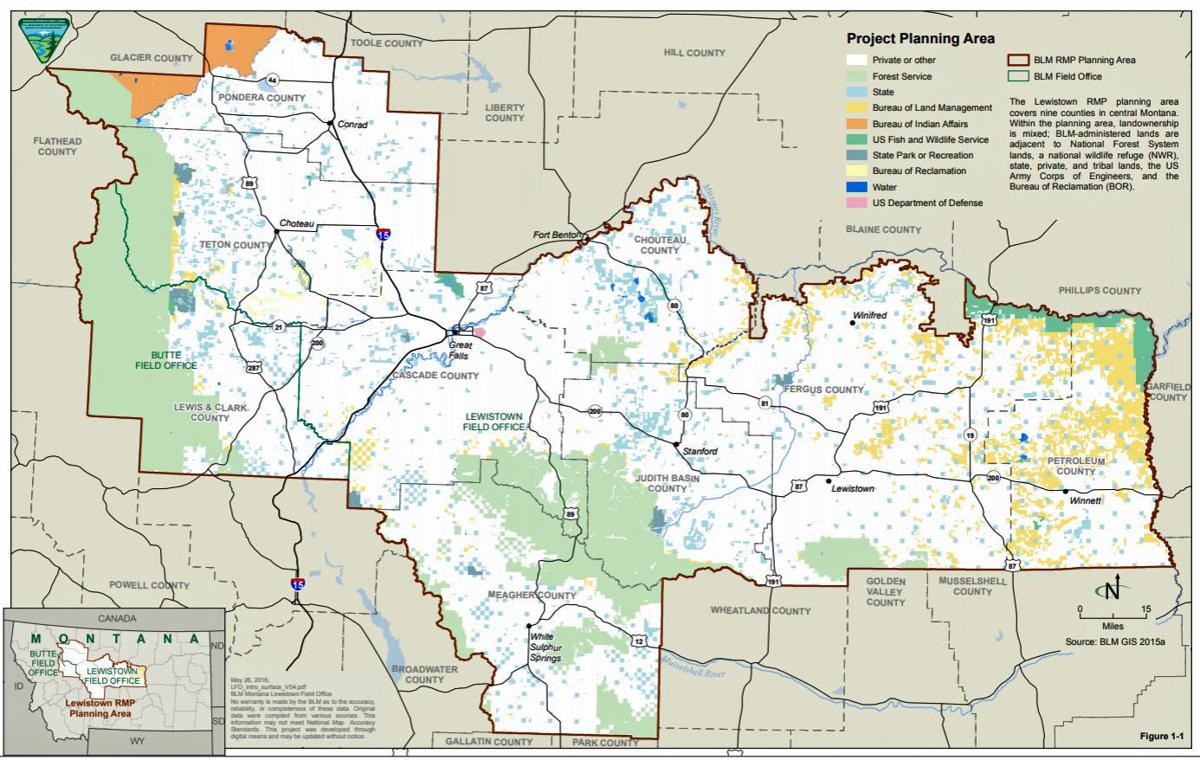 The Resource Management Plan for the Lewistown area stretches from the Musselshell River in the east to the Rocky Mountain Front in the west. 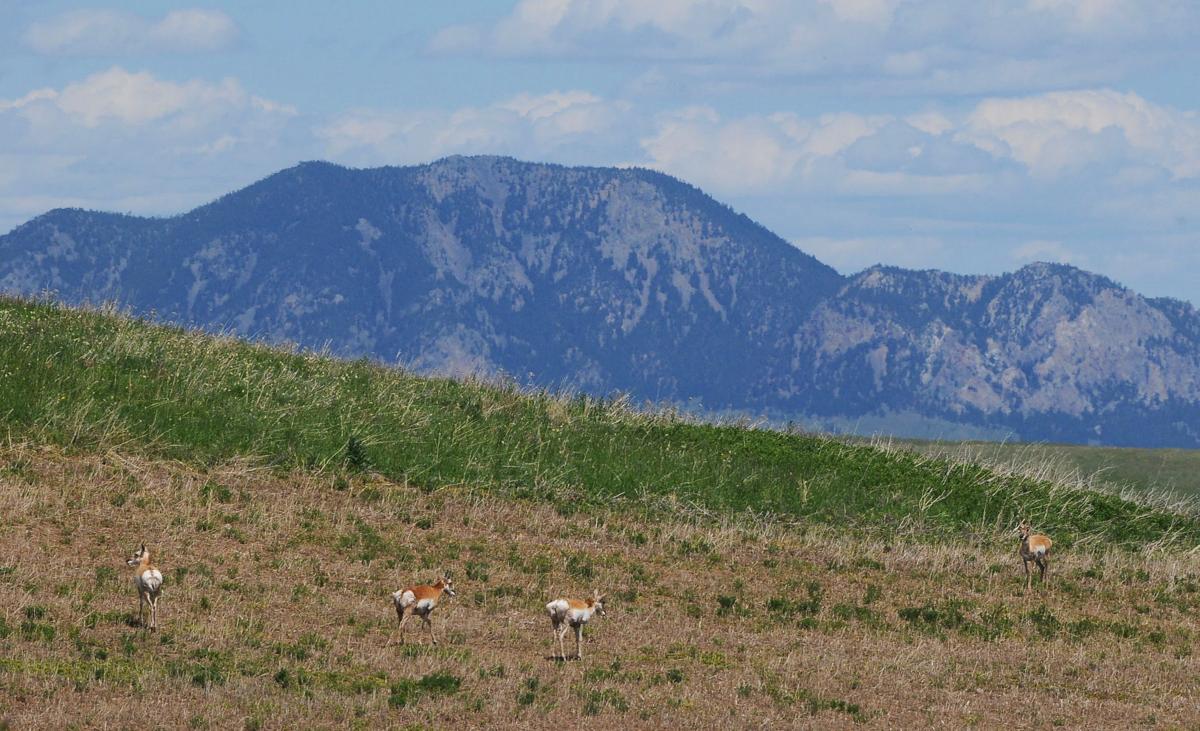 In late February, the Bureau of Land Management released a final resource management plan for 650,000 acres of public lands in central Montana administered by the BLM’s Lewistown Field Office.

This RMP allows 95 percent of this area to be developed for oil and gas and offers no conservation measures whatsoever for some of the last intact prairie grasslands in the United States, habitat that make this one of the most productive areas in North America for big game and upland birds.

This and many other recent BLM management plans make it abundantly clear that the agency, and the Department of the Interior (which houses the BLM), is shirking its mandate to manage public lands for multiple use. The management plan also suggests that the BLM is selling itself out to special interests, interests that Interior Secretary David Bernhardt and Acting BLM Director William Perry Pendley worked for before overseeing most of America’s public lands.

Because this RMP offers no conservation measures, we’re left with little doubt it was designed explicitly for the oil and gas industry, and not for the American public and the priceless value we place on our public lands, wildlife, and outdoor way of life.

The Lewistown Field Office resource area includes wildlands that adjoin the Upper Missouri River Breaks National Monument, the Charles M. Russell National Wildlife Refuge, and the UL Bend Wilderness Area – lands that look very much today as they did when Charlie Russell painted them over 100 years ago. If industrialization comes to these lands, the region will lose so much of what makes Montana distinct from any other state in the union.

No doubt, the BLM must provide leasing for oil and gas and other kinds of mineral extraction as part of its multiple-use mandate. During our tenures as directors of the BLM, we helped fulfill that mandate. But we recognized that we had, as part of our mandate, an obligation to offer conservation measures as well.

The Lewistown Field Office, which conducted the painstaking work of gathering input from Montanans and others who have a stake in this area, also recognized that protecting roadless, intact prairie and thriving wildlife habitat is part of their multiple-use mandate. That’s why the field office identified 200,000 acres as having wilderness character during its public scoping period and why it proposed protecting 100,000 of those acres in a 2016 draft of its RMP.

But the Department of the Interior under Bernhardt rejected even that modest amount of protection and all but tore up the 2016 draft and started over again with an eye towards giving the oil and gas industry everything it wanted.

It’s true that the agency has offered up a “backcountry conservation area” designation for some of the places in central Montana it identified as having wilderness character, but that designation does not ultimately prohibit oil and gas exploration.

It’s also true that the areas addressed in this management plan hold little oil and gas potential. But that won’t deter oil and gas companies from purchasing leases in this area, and they will most likely pay about $1.50 an acre for those leases by exploiting a loophole in our public land oil and gas leasing system.

Companies can get away paying that price by waiting until after the closing of BLM lease auctions, when leases not auctioned off sell for $1.50 an acre per year. That next-to-nothing purchase enables the company to lock the public out from those lands and to manage them mostly as they see fit as long as the lease exists.

With the Lewistown RMP, the BLM is creating the conditions for this heinous practice called “speculative leasing” to occur on hundreds of thousands of acres in central Montana. We don’t expect the agency to change course anytime soon.

That’s why we are calling on Congress to introduce legislation as soon as possible that would close this leasing loophole. It may be the best hope we have to protect public lands in Montana and elsewhere from being locked up and exploited by oil and gas companies for years to come.

Guest opinion: Something is rotten at the PSC

There’s a quote from Shakespeare’s Hamlet that goes, “Something is rotten in the state of Denmark.” This has come to refer to corruption from …

Guest view: Steps in the right direction being taken in Crazies

My love affair with the Crazy Mountains began nearly two decades ago.

Guest view: Anti-government rhetoric is not the answer

Today the U.S. is failing the biggest test since World War II. The wealthiest country on Earth has gone from the envy of the world to the obje…

As hunters and conservationists, we are nothing short of grateful that our state’s citizens demand their leaders to lead on public lands issue…

Tens of millions of dollars are generated every year to support Montana public schools through stewardship of our State Trust Lands.

When Montanans venture out in winter, we know to bundle up with coat, hat, gloves and snow boots. When going out during the COVID-19 pandemic,…

I’m just going to blurt it right out: Call off on-campus schooling for the foreseeable future.

Large portions of BLM property in the Judith Mountains, located north of Lewistown, will be managed for recreation.

The Resource Management Plan for the Lewistown area stretches from the Musselshell River in the east to the Rocky Mountain Front in the west.