When a pack of alt-right wing whackadoos decide to load up into a U-haul in Couer D’ Alene, Idaho, to interfere with a Pride Celebration, the gasp heard around the Mountain West should ring as loud as my voice when I belt out George Strait tunes. It’s shocking that in 2022, there are people who still harbor disdain for the fact that gay folk exist and desire the same freedoms as straight folks. Ironically, the same folks that wear “Don’t tread on me” T-shirts seek to tread on others who don’t share their viewpoints. In a state where “Oro y Plata” is as representative of Montanans as the phrase “live and let live,” and where women had their right to vote recognized before the federal government came around, the behavior of the U-haul bandits makes as much sense as renting a U-haul when an Uber or carpool to the event would suffice.

Shock should pulse through our veins when we see cancel culture leftists protesting Supreme Court justices at their homes — versus the courthouse steps — based upon perception of a forthcoming legal decision. They seek to bully (or kill off) conservative justices, and they are inspired to do so by high ranking government officials. Senate Majority Leader Chuck Schumer carelessly stated at a courthouse protest that conservative justices “will pay the price…you won’t know what hit you if you go forward with these awful decisions”. There can be only one “price” Schumer desires the Justices to “pay” since their jobs are lifetime appointments for which no impeachment can occur related to legal decision making. Schumer takes zero personal accountability for these inciting statements, and instead of holding Schumer accountable, his supporters run toward equivalency, downplaying Schumer’s statements as “not as bad” as statements made by former President Trump.

But we aren’t shocked; these antics have come to be an expected response. Both the far left and far right are bullies, seeking to cancel anyone with an alternate view. Voters used to keep these bullies out of government. When voters began to embrace and elect those with low emotional intelligence over statesmen and women with a modicum of self-control, we normalized what should otherwise be shocking and deviant behavior. We have a State Superintendent of Public Instruction who violates the laws she advocates for and expects all of us to be pacified by her admonition to observe the law that she herself failed to observe. By pleading “no contest” to the charge of failing to stop for a school bus, Superintendent Arntzen follows a burgeoning line of elected officials who carelessly violate Montana law, take no accountability and expect the voting public to condone their behavior. And the truth is, we do condone their behavior, trashing the Republican platform and its principles every time we vote for self-proclaimed Republicans who knowingly and recently violate Montana law.

Greg Gianforte assaults a reporter, lies to the public about it, then pleads guilty because he was caught on tape and is rewarded with a both a congressional and a gubernatorial seat.

Sen. Jason Ellsworth uses his position to bully a cop, lies about a meeting with Gianforte to violate Montana speed laws in construction zones, and obtains re-election. The Montana Legislature violated Montana law by selling historical chairs to themselves versus a public auction with zero consequence despite multiple complaints filed with the supposed “watchdogs” of Montana government.

Make no mistake, when the crime statistics for Montana are released, these “republicans” will blame “leftist policies” rather than the fact that as leaders they exemplify and thereby promote the behavior they condemn.

Tammi Fisher is an attorney, former mayor of Kalispell and the host of the Montana Values Podcast.

It is time for the Biden administration to support environmental justice for the Northern Cheyenne people on coal. When President Biden was el…

Elections have consequences. The governor, through his appointments, and the Legislature, through their actions, can make changes that affect …

Scott Beckstead: Mink and the coronavirus

Nearly a dozen Montana counties are reportedly at high risk this month for spreading COVID-19, according to an article in the Billings Gazette.

CCLM: Flooding and our future

“The damage is catastrophic,” a Red Lodge business owner said. “We’re between a rock and a hard place. And if we don’t get some assistance, we…

Williams: Abortion rights aren't the first the U.S. has curtailed. And they won't be the last.

"Today, the Supreme Court is dominated by so-called originalists who ardently view the Constitution as frozen in a time in which women, Indigenous people and Black people were subordinate to the framers," writes columnist Michael Paul Williams.

As a lifelong angler and hunter, fifth generation Montanan, and immediate past chairman of Montana’s Fish Wildlife and Parks Commission I can …

Does the media have a bias toward bad news? | The Ethical Life podcast

🎧 Can the negative slant of news reports be blamed for the generally lousy vibes in the country?

Jeff Welsch: In Montana, our emphatic commitment to local journalism is bucking a tired cliché

Our commitment to meaningful local journalism is more resolute than ever as it becomes even clearer how vital we are to thriving communities and a flourishing democracy.

Montana is no stranger to disasters, both natural and man-made. The state has a long history of natural disasters including flooding, wildfire…

Authorities arrest members of the white supremacist group Patriot Front on Saturday near an Idaho pride event after they were found packed into the back of a U-Haul truck with riot gear. 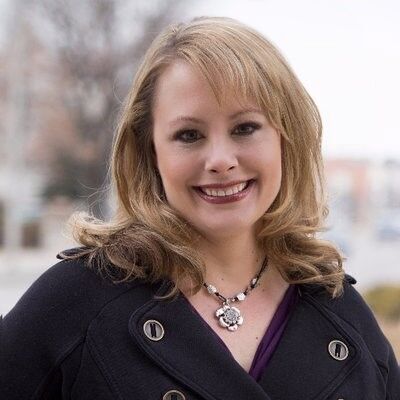