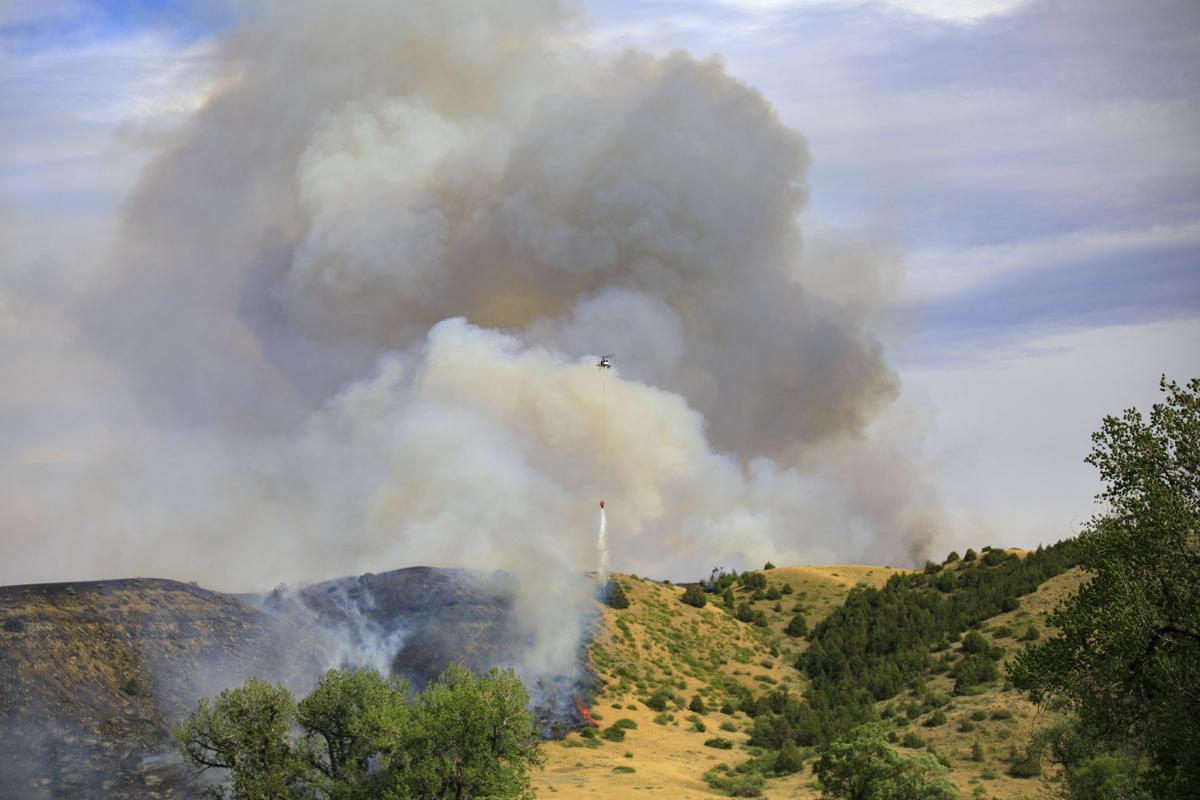 The Cottonwood fire burns alongside Pryor Creek Road near the intersection of Blue Creek Road Tuesday, Aug. 10, 2021 south of Billings. 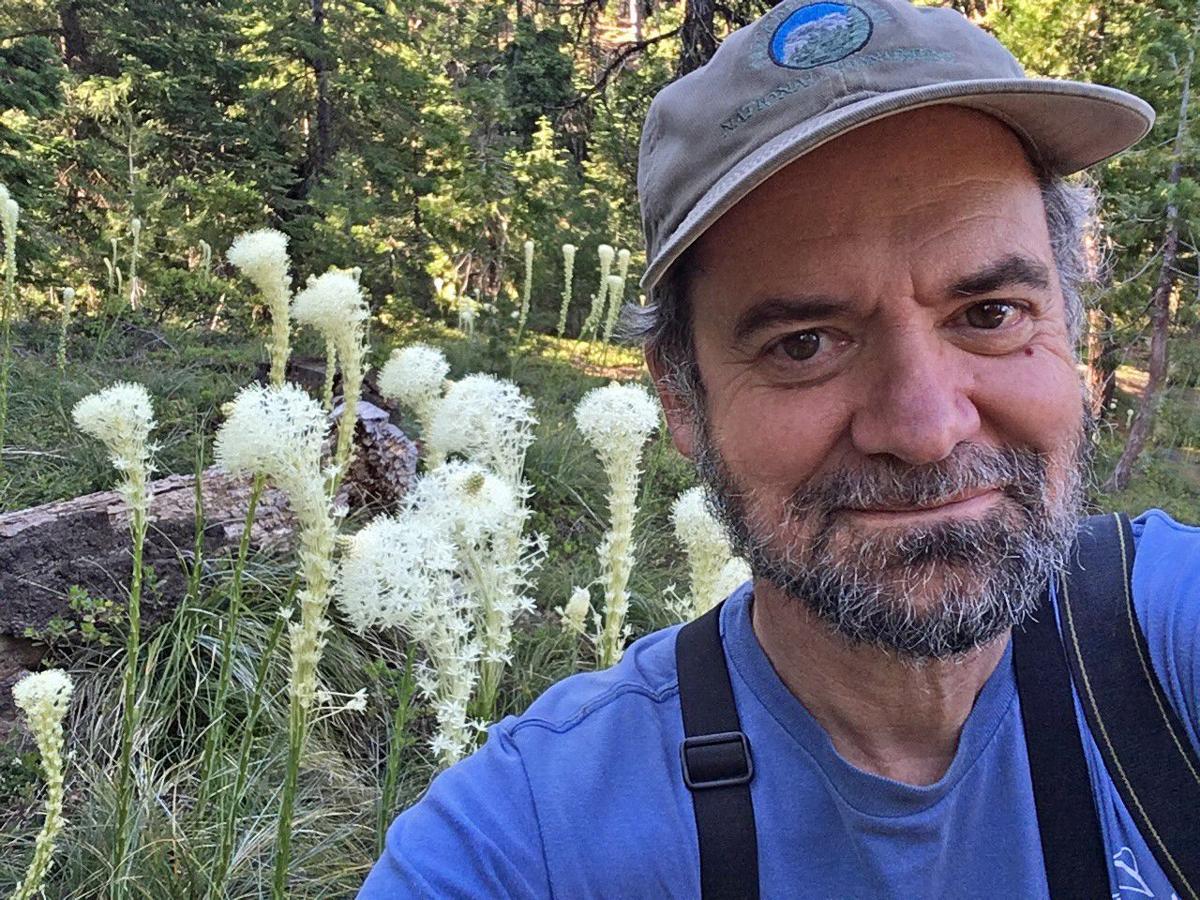 The grizzly bear. The wolf. The cougar. These magnificent creatures, apex predators, how can we not admire them? People cross the world for the opportunity to see one in the wilds of Yellowstone or Alaska.

There, we view them from a distance, free to indulge our awe in safety. It has been a long time since Americans lived in fear of wild beasts.

But now that fear has returned. Fear felt not just in the woods, but also in cities and towns: Paradise, California; Talent, Oregon; and now in suburban Superior and Louisville in Colorado’s Boulder County.

The dangerous predator we’re facing these days is wildfire, charging even out of grasslands to destroy our very homes. And no one is safe.

As an ecologist, I know that predators are essential to the health of wildlife communities, keeping prey populations in check. They’re also a driving force in evolution, favoring the faster or stronger or smarter animals able to escape their attacks. Of course, civilization long ago freed us from the evolutionary pressure exerted by predators. But that freedom has come at a cost.

When populations and ecosystems grow badly out of balance, there must come a correction. Humans and the environments we have created are not immune to this rule, and we must recognize that we have unleashed the fire-predator through our own choices.

What choices? On the global scale, we have released vast amounts of carbon dioxide and other greenhouse gases into the atmosphere. This was done at first in ignorance, but for at least the past 30 years, it truly was a choice made in the face of increasingly desperate warnings.

The resulting greenhouse effect has raised temperatures and decreased rain and snowpack throughout the West, contributing to “fire weather” like the hurricane-force winds that shockingly bore down on the suburbs of Denver in the dead of winter.

We also made land-management choices that strengthened the threat of fire. First, we behaved as if we could banish fire from the landscape, suppressing all wildland fires everywhere, and ending the use of prescribed fire in forests as a management tool. This led to a huge build-up of flammable fuels.

Second, industrial-scale logging eliminated over 90% of fire-resistant old-growth forests and replaced them with highly flammable tree plantations. Finally, we vastly expanded our human footprint, building houses right where the fire-predator likes to roam, at the brink of forests and grasslands.

Reconciling ourselves to the depredations of wildfire requires that we take the long view — the really long view. The fuel-choked forests resulting from our (mis)management need to burn, and they will burn. The best we can do is to preserve the old forests that remain and manage younger forests to increase their resilience to moderate-intensity fire. It could be a century or more before a new forestland equilibrium is reached, one with lower fuel loads, better adapted to the high fire-frequency climate we have created.

Meanwhile, what about us? Colorado’s Marshall Fire proved that wildfire is the one predator we can’t eliminate. Far from any forest, this was pushed through tinder-dry grasslands by howling winter winds and burned more than 1,000 suburban homes in a matter of hours. So, like any prey species, we must adapt as best we can. As individuals, we can create defensible space around our homes. We can get skilled at escaping wildfire by having evacuation plans ready.

As a society, we can adopt sensible policies to limit sprawling development in fire-prone areas. Recent events prove that these include not just remote forestlands, but even grasslands near suburbs. Faced with predators, animals try to get into the center of the herd. We need to do the same, avoiding exposure to the fire-predator at the vulnerable edge.

Finally, we can — we must — embark on an urgent global effort to end the burning of fossil fuels within the next few decades. If we do not, the West will face year-round fire weather, and a future at the mercy of fire.

Yet there is reason for hope: the uniquely human capacity for rapid social and cultural evolution. Let’s harness that strength, and work toward the day when fire is a predator no more, but our powerful partner in the stewardship of the land.

Pepper Trail is a contributor to Writers on the Range, writersontherange.org, a nonprofit dedicated to spurring lively conversation about the West. He is an ecologist in Ashland, Oregon.

It’s wake-up time. We have a governor with more game violations than any governor in our history. Last week 35 of the top biologists wrote a l…

One of the great motion pictures of all time was the 1939 Academy Award blockbuster directed by the legendary Frank Capra called "Mr. Smith Go…

The Cottonwood fire burns alongside Pryor Creek Road near the intersection of Blue Creek Road Tuesday, Aug. 10, 2021 south of Billings.