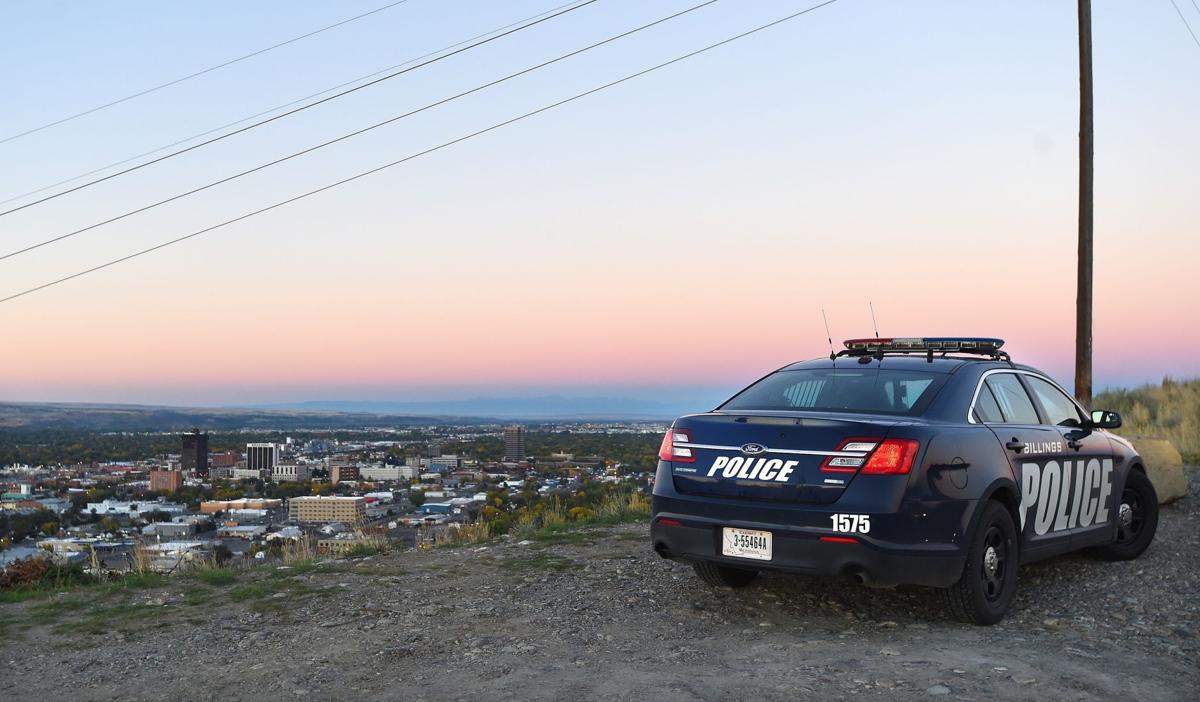 A Billings Police Department patrol car parked on the Rims overlooking the city. 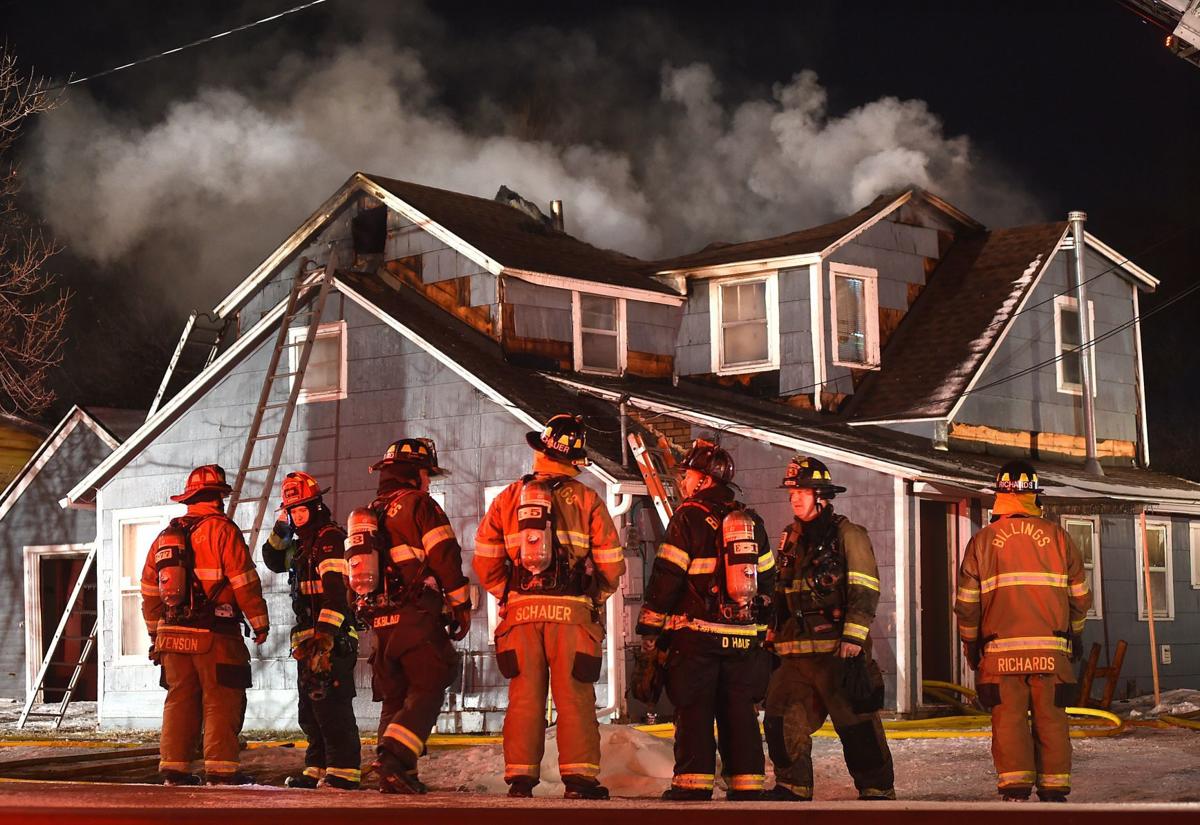 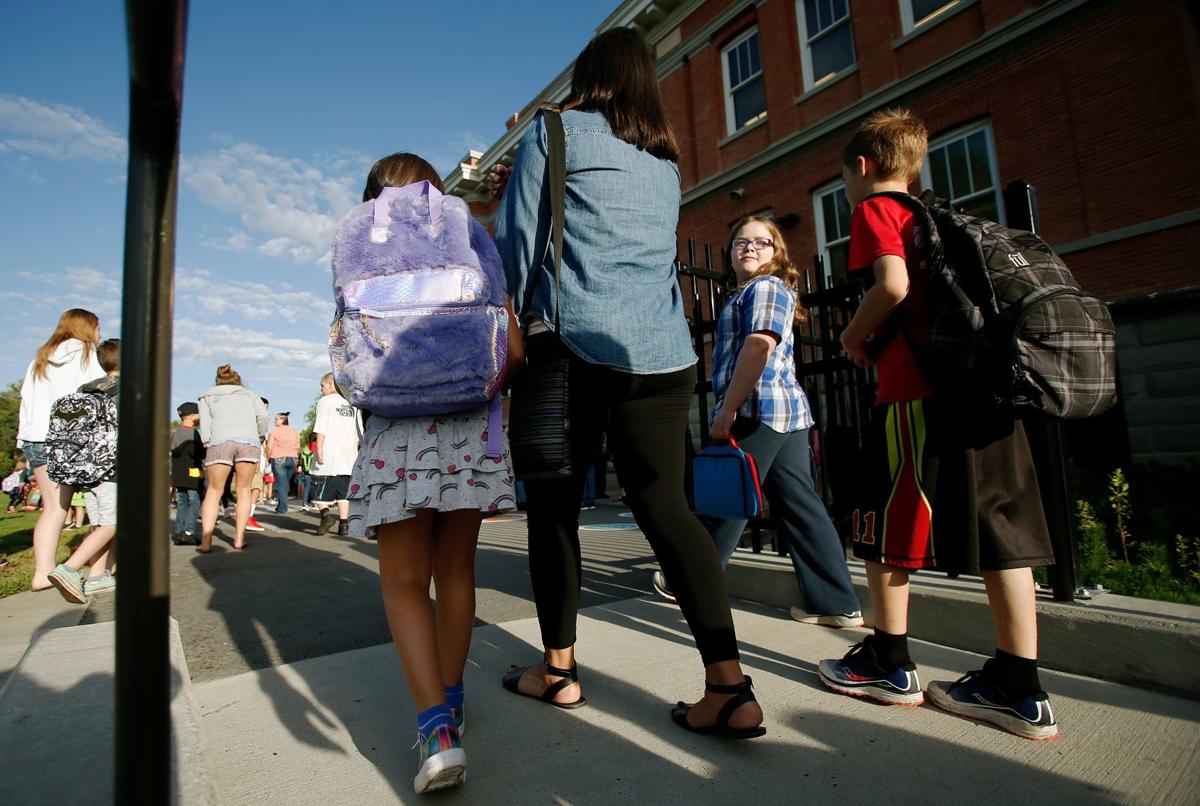 Students line up for the first day of school at Broadwater Elementary on August 22, 2019.

A Billings Police Department patrol car parked on the Rims overlooking the city.

Students line up for the first day of school at Broadwater Elementary on August 22, 2019.

Today is the beginning of a momentous year and a new decade that confront Montanans with crucial public policy decisions.

By the end of 2020, Montanans will have helped elect a president of the United States, a U.S. senator, a U.S. representative, governor, attorney general, state superintendent of public instruction, secretary of state, state auditor, three Public Service Commission members, 25 state senators and 100 state representatives. Important as the state and national officers are, the elections that most impact our daily lives will be at the local level with county and district offices. Voters also will pass judgment on funding local government and public K-12 schools.

For Montana's largest city, 2020 will be an especially important decision year. The city of Billings is shorthanded in the fire and police departments. After a proposed public safety levy failed at the ballot box five years ago, the city has constrained police and fire budgets so that resources have failed to keep pace with city growth. Even with austere budgeting, the city has had to spend down its reserves to maintain the present level of services.

Only the voters can give the city authority to raise the revenue needed to avoid cuts to fire and police protection and to provide the level of service that will provide the rapid, professional emergency response that Billings people want.

The City Council and administration have grappled with public safety funding needs for years and have delayed putting another proposal up for voter consideration since a $117 million, 10-year proposal failed 49%-51% in November 2014. They can delay no more. Billings needs more police officers to make our community safer. We need traffic law enforcement to reduce the number of crashes and injuries on our streets. We need sufficient staffing to answer all emergency calls quickly. We need more patrols downtown, in city parks as well as officers to work on investigations and domestic violence. We need Crisis Intervention Training for all our police officers because they are called to thousands of times a year to help people threatening suicide or in other mental health crises.

The city of Billings needs another fire station in the Heights and another on the West End just to improve emergency response times to the national average. The city must then staff those fire stations.

Much as we want to recommend that some means other than property taxes pay for the public safety we need, there is no other source provided in Montana law. Budgets already have been pared, less urgent calls have been diverted to volunteers or long waiting. Grants are leveraged and court fines help, but the millions needed to provide public safety for 115,000 residents (and our visitors) can only come from property taxes as Montana law and the City Charter allow.

The City Council must give voters the opportunity to properly support our police and fire services as early in the year as possible. The ballot proposal must be clear and justified by data and excellent communication from city leaders.

Billings Public Schools must go to K-8 district voters this May for an increase in the property tax levy that funds elementary and middle school operations, including teacher salaries, classroom supplies, utilities and building maintenance. Even if voters approve the levy, the district will have to cut next year's budget by about $4 million. The present year's budget also has been pared down because expenses exceed expected revenue.

The elementary district has not sought a levy increase since 2013, the year in which voters approved a tax hike to hire more teachers to reduce the number of overcrowded classrooms. The crowding of nearly 100 mostly primary grade classrooms was threatening the district's state accreditation, and most elementary schools were filled to overflowing.

That fall, voters approved a $120 million building bond that constructed Ben Steele and Medicine Crow Middle Schools, provided extensive renovation of Broadwater and McKinley elementary schools and completed major maintenance projects at the district's four other middles schools and 20 other elementary schools. As a result, all sixth-graders moved to middle school, elementary schools were no longer overcrowded and the increased teaching staff eliminated most over-size classes.

The levy request this May will be relatively modest for a district with 11,000 K-8 students: less than $2 million. State law controls how much public schools can spend and how much they can seek from voters. State law requires each district to spend a "minimum budget" and allows each a "maximum budget" that requires voter approval. Because Billings elementary district didn't seek a vote to spend the maximum budget for the past six years, the schools had to operate with less money than law allowed. For the 2020-2021 school year, it is estimated that the gap between what the district can spend with out a vote and what voters could approved is estimated at $1.3 million to $1.6 million. That's what the district must seek. Even with the voted levy, there will be budget cuts for Billings K-8 schools, according to Superintendent Greg Upham.

Like the city, the school district spent down reserves in years that no tax increase was sought. 2020 will be a time of reckoning for both.

Statewide, our energy future is up for public debate. The Montana Public Service Commission is considering an integrated resource plan from NorthWestern Energy, Montana's largest utility, which provides electricity in Billings and most cities statewide. Public hearings on the plan, including a session at 6 p.m. Thursday at Billings Public Library, and a session at 5 p.m. Friday at the Lewistown Public Library, are providing NWE customers the opportunity to comment on the skimpy plan and speak up for consumer protection. Not in the plan, but announced the day after the first public hearing, NorthWestern is proposing to purchase a larger share of Colstrip Unit 4. NWE proposes to invest more heavily in coal-fired generation at an aging plant while all the other Colstrip co-owners are moving away from coal to wind, solar and gas power generation.

Questions that must be answered include: How much would the Colstrip operation, shutdown and coal ash cleanup cost Montana ratepayers? Why doesn't NWE invest in renewable energy like the rest of the market?

Montanans will need to speak up to their elected Public Service Commission and make the members remember who they work for. The southeast district commissioner, Tony O'Donnell of Billings, is up re-election in November. The southwest district, now represented by Bozeman's Roger Koopman, who is term-limited and cannot seek re-election, extends all the way east to Stillwater and Musselshell counties. Let's make sure we have good representation on the panel that regulates power and gas for our homes, businesses, farms and schools.

Another statewide issue that plays prominently in Billings is housing affordability and homelessness. An affordable home is one that the resident can pay for and still have enough money to cover other basic needs, like food, health care and transportation.

Lack of affordable housing is a major factor in homelessness, but not the only factor. Mental illnesses, addictions, lack of life skills and job skills put people at risk for homelessness.

Public and private agencies are working to prevent homelessness throughout Montana.  Keeping people housed is much better for them and less expensive for society than having folks on the street. There are also efforts to house those who are homeless, including U.S. military veterans, teens, people in recovery from addictions and families with children.

We applaud the many individual Montanans, groups, businesses, charities, faith communities and public officials who work against homelessness. But all their work is not enough. We call on Montanans to redouble efforts to provide affordable housing, to support public policies that incentive construction of affordable housing and programs that help the newly housed become responsible residents for the long term.

Trails for all ages

Trails are consistently the most popular park amenity when Billings and Montana residents are surveyed about what they want in city and state parks. Nonmotorized trails for walkers, hikers, cyclists and runners provide a community connection for all ages. For proof, look no further than the Swords Park Trail atop the Rimrocks — or any other local trail — to see the diverse citizens that come to walk their dogs, push baby strollers, jog and bike.

Safe trails cost money, and that remains a challenge for trail lovers statewide. The city of Billings has invested little local money in trails. The City Council should provide residents who want to support trails with easy opportunities to do that collectively. A $2 optional monthly fee is one good, painless idea for generating funds.

Private donations and federal grants have built most of our trails so far, but a key federal funding source is gone. The federal grant opportunities remaining are extremely competitive and very limited. In future years, a state law enacted in 2019 will provide some new matching funds for trail development from an increase in the optional fee on state vehicle registrations, but it will take local initiatives to land state grants.

This is our community agenda, our hopes for action that will better our communities in 2020. Let us know what you think and what your 2020 priorities are. We welcome your opinions at Voice of the Reader. Sound off by writing to speakup@billingsgazette.com. Please include your name, address and a daytime phone number for verification, and state your opinion in 250 words or fewer.