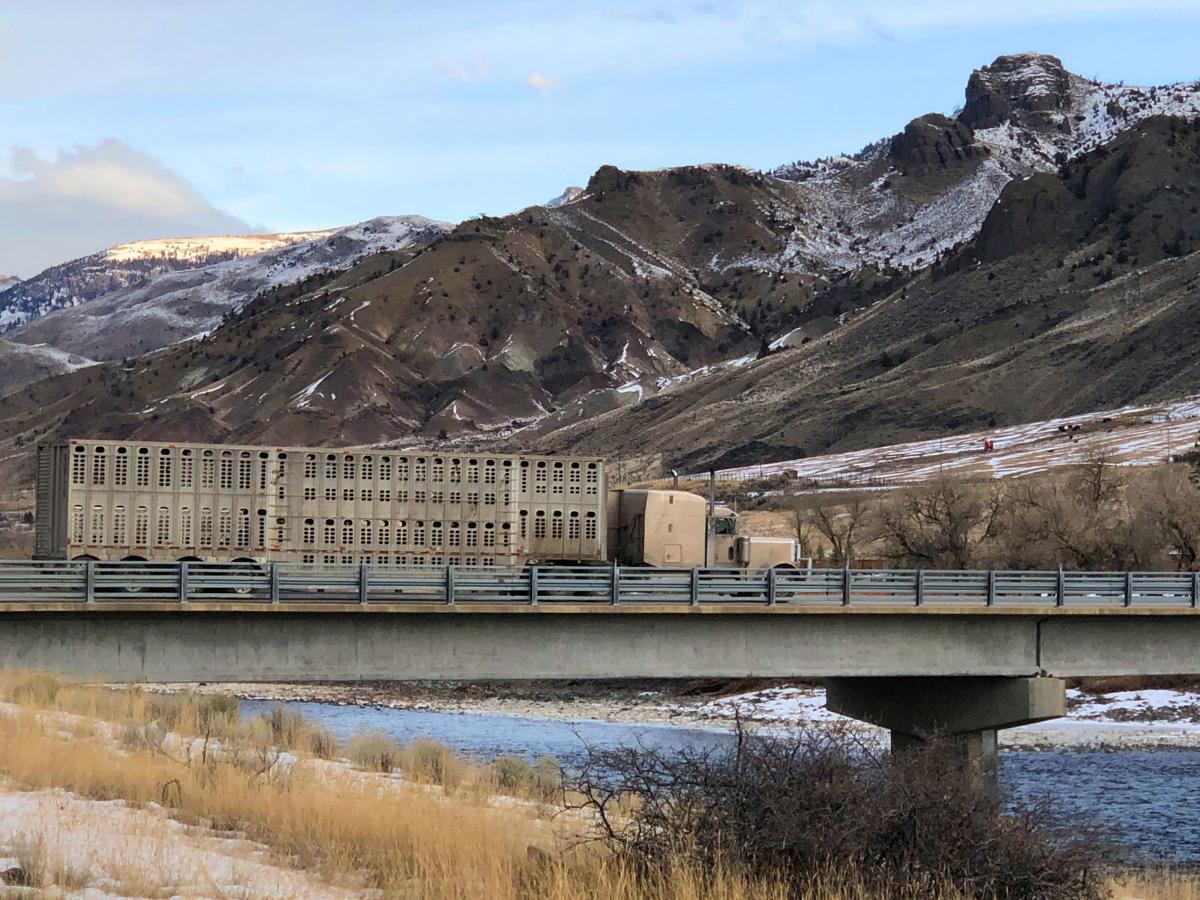 A trailer loaded with 33 bison crosses the Yellowstone River Monday morning on its way to the Fort Peck Indian Reservation where they will be quarantined before being available to other conservation herds. 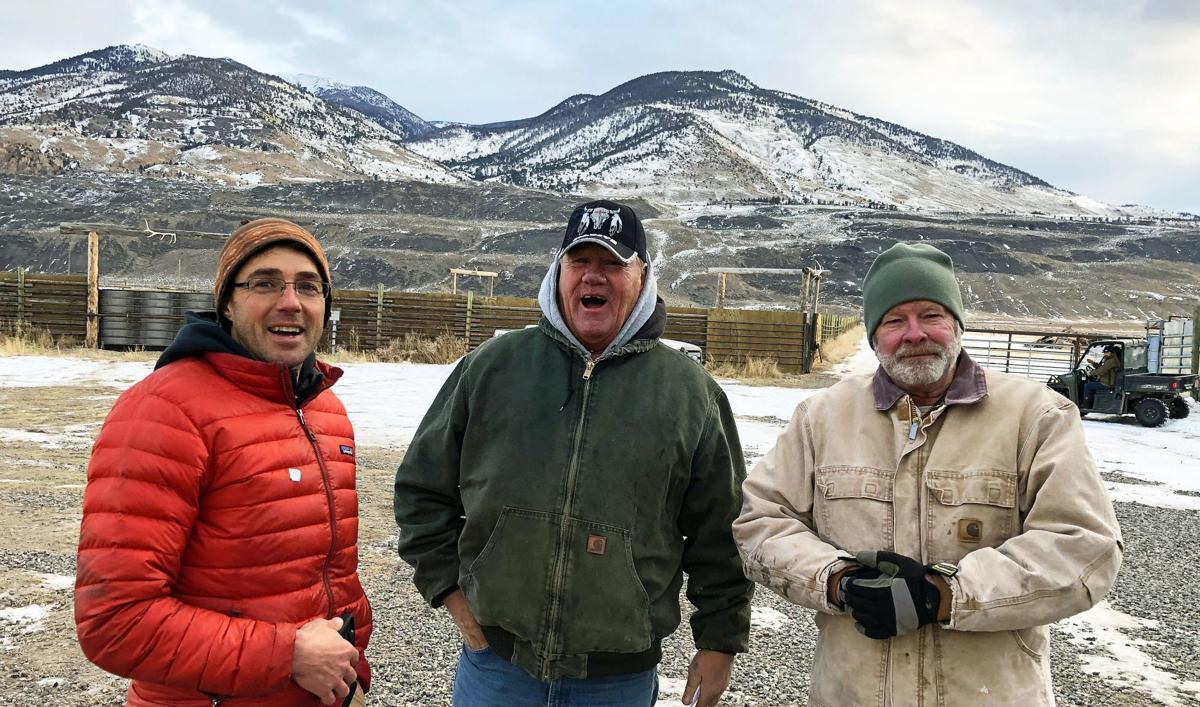 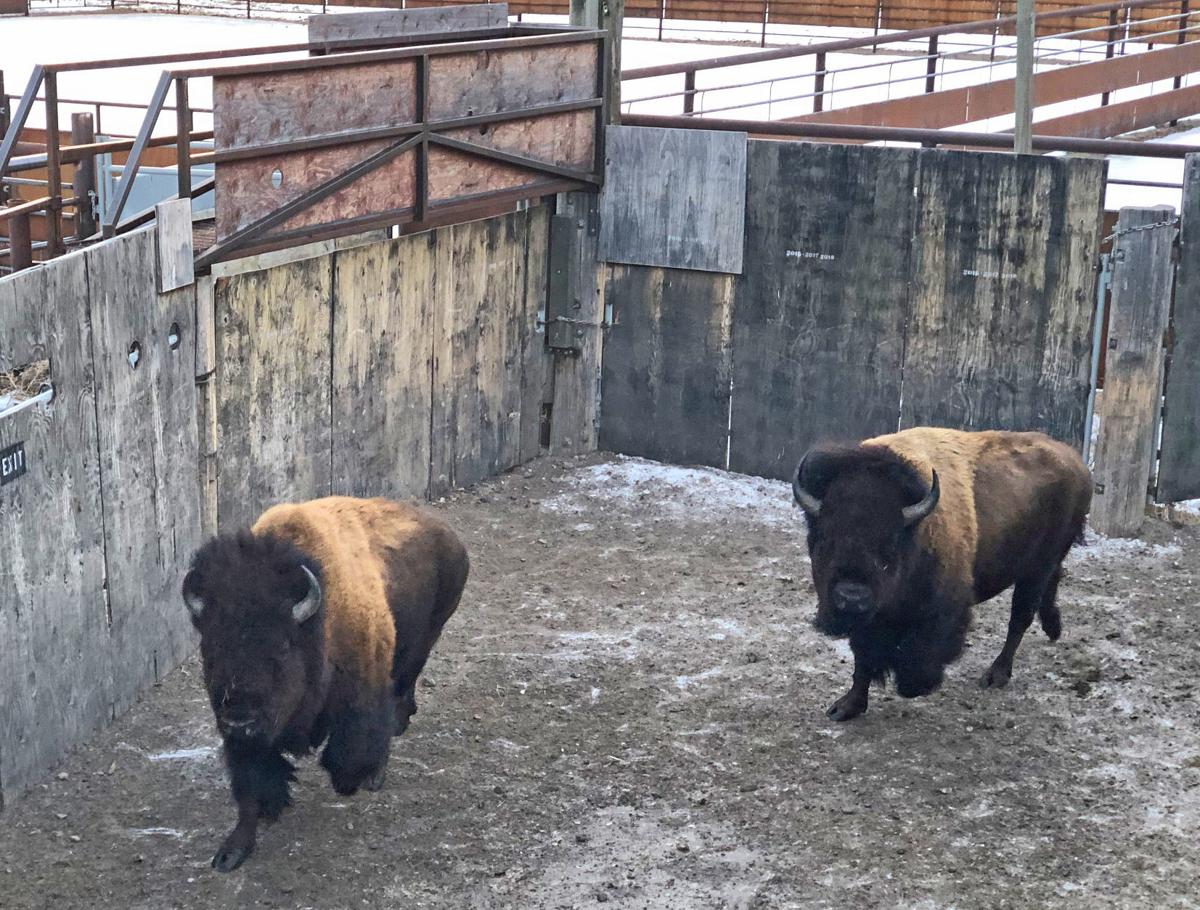 Female bison are corralled prior to being loaded for shipment to the Fort Peck Indian Reservation in Eastern Montana.

A trailer loaded with 33 bison crosses the Yellowstone River Monday morning on its way to the Fort Peck Indian Reservation where they will be quarantined before being available to other conservation herds.

Female bison are corralled prior to being loaded for shipment to the Fort Peck Indian Reservation in Eastern Montana.

The bison cows hauled across Montana this week are probably the most tested members of their species that ever lived. After years of quarantine at Corwin Springs just north of Yellowstone National Park, 14 bison cows that consistently tested negative for exposure to brucellosis were trucked Monday to the Fort Peck Indian Reservation in northeastern Montana.

The load of bison also included 14 calves and five bull bison. The males also have tested negative, but the females have been subjected to more testing out of concern that birthing materials could spread brucellosis if the cow was infected with the disease that can cause domestic cattle to miscarry their calves. No cases of wild bison transmitting brucellosis to cattle have ever been documented. Yellowstone bison and cattle have been kept apart over the years as federal and state agencies wrestled with the politically charged questions about what to do with Yellowstone's thriving bison population. Pushed by ranchers worried about their herds losing brucellosis-free status, an interagency bison management plan set a target limit on the park's bison population and annually sets a goal of killing several hundred bison to keep the park's population closer to that limit.

Hundreds of bison have been killed each winter. Most, in recent years have been shot by members of several Indian tribes that asserted their treaty rights to hunt outside Yellowstone near Gardiner. Other bison have been shot by hunters with permits from the Montana Department of Fish, Wildlife & Parks. More bison (300 last winter) have been corralled by the National Park Service just inside the park's northern border, then shipped to slaughter. The bison meat is distributed to Native American communities.

The 33 bison trucked to Fort Peck on Monday are among a relative few to have escaped the killing.

“I’m really happy,” said Robert Magnan, the Fort Peck tribes’ bison manager. “We’re not only taking females and babies, some of the females are pregnant. It’s a double batch.”

Bison, traditionally known as buffalo, are integral to the culture of Fort Peck Tribes and other Northern Plains Indian groups who depended on vast herds for food, shelter and heat sources for many generations before reservations existed. Buffalo are also key to life and livelihoods for tribal members today. Fort Peck Tribes maintain a cultural herd of 400 buffalo and a commercial herd.

Several years ago the Fort Peck Tribes built a 320-acre quarantine facility to USDA standards for up to 600 buffalo on a 13,000 acre tract they have established for wide-ranging bison management. Although approved by federal agencies, the quarantine facility sat empty as politics and science clashed in complex decisions about managing Yellowstone Park bison.

The female bison released from the USDA quarantine facility this week are the first females under a new program. In 2014, the Fort Peck facility received 138 bison that originated in Yellowstone and had been quarantined on Ted Turner's buffalo ranch. Last summer, 55 male bison that had been quarantined and tested for more than a year were transferred to Fort Peck's facility where they were to be quarantined for another year. The Fort Peck Tribes transferred five other bison in June to the Wind River Reservation of Wyoming. The plan is for Fort Peck to distribute these genetically pure bison to other tribes and organizations that want to conserve the species and grow their own herds.

The Christmas week buffalo transfer is a win for conservation, for animal health and for the Montana economy. This valuable natural resource — healthy bison that have not interbred with cattle — should be used for the benefit and enjoyment of the people. Their genetics should be used to develop disease-free bison herds to preserve the species and to contribute to the local economy of tribal communities. The spirit of cooperation that brought 33 bison to Fort Peck must continue. Let's reduce the bison border slaughter and increase America's healthy stock of our national mammal.