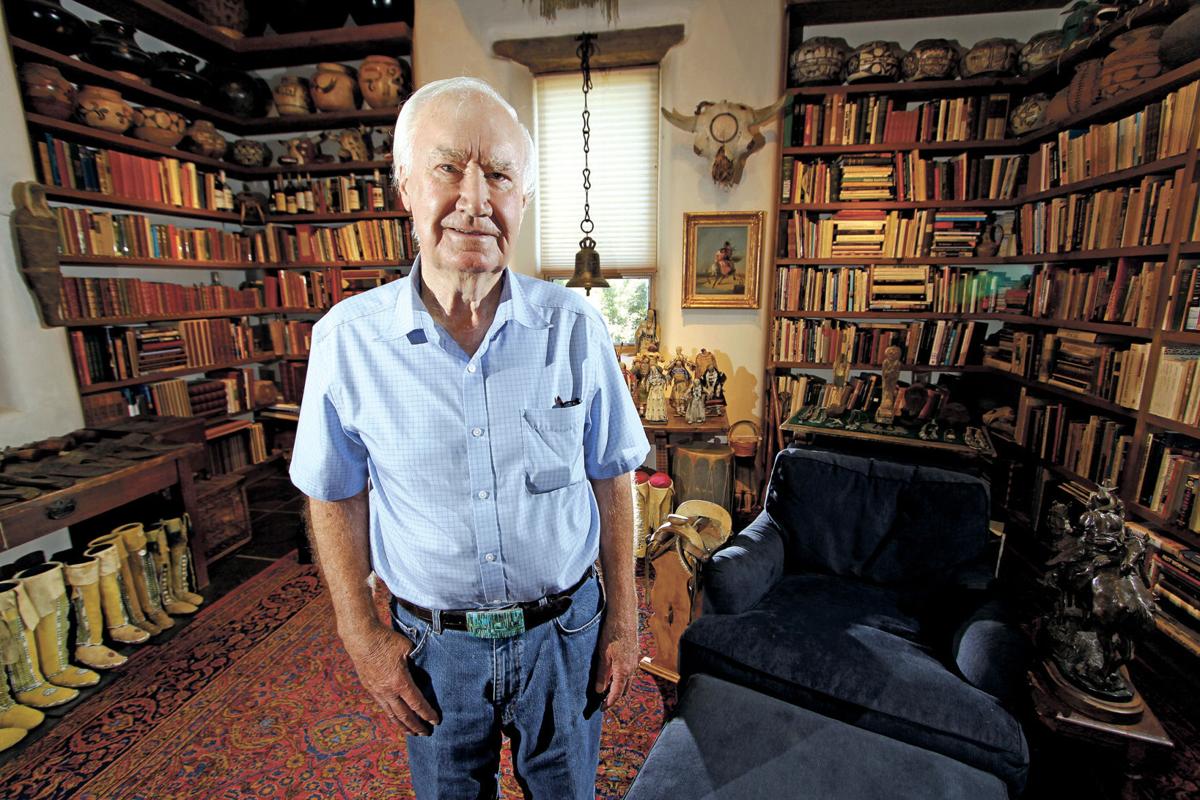 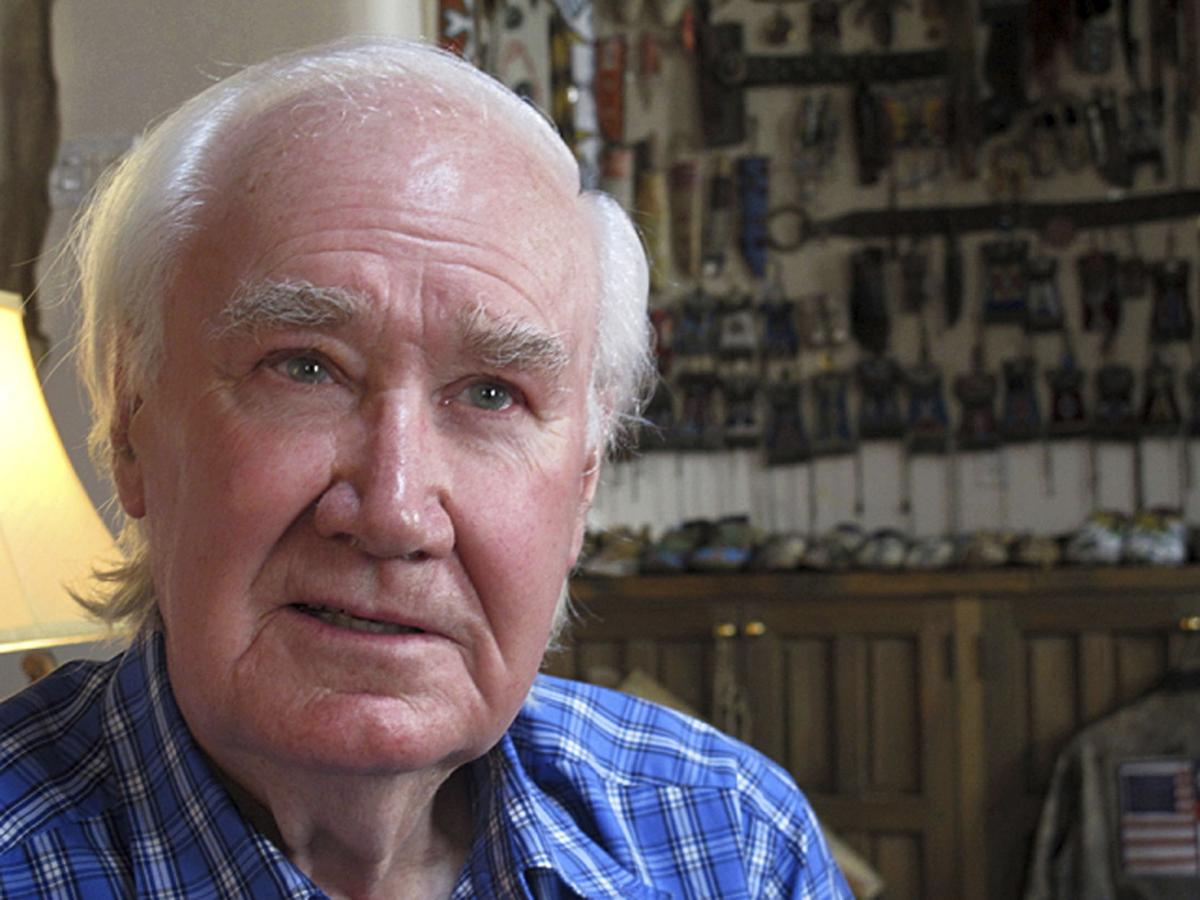 FILE - In this March 22, 2013 file photo, antiquities dealer and author Forrest Fenn poses in his home in Santa Fe, N.M.

SANTA FE, N.M. — Antiquities dealer and author Forrest Fenn, who gained fame after hiding a treasure chest filled with gold, jewels and other valuables that drove hundreds of thousands of people to search remote corners of the U.S. West for the riches - sometimes with tragic consequences - has died. He was 90.

Police confirmed Fenn died Monday of natural causes at his home in Santa Fe, New Mexico. Police spokesman Greg Gurule said Tuesday that officers were alerted that afternoon and that more information would be released as it becomes available.

It was only in recent months that Fenn announced his treasure had supposedly been found in Wyoming by someone he didn't name. Fenn said he hid the loot 10 years ago in the Rocky Mountains and dropped clues to its whereabouts in a poem published in his 2010 autobiography.

Fenn had said he packed and repacked his bronze treasure chest for more than a decade, sprinkling in gold dust and adding hundreds of rare gold coins and gold nuggets. Pre-Columbian animal figures went in, along with prehistoric "mirrors" of hammered gold, ancient Chinese faces carved from jade and antique jewelry with rubies and emeralds.

He had always said he hid the treasure as a way to tempt people to get into the wilderness and give them a chance to launch an old-fashioned adventure and expedition for riches.

The treasure spurred an almost a cult-like following - many people quit their jobs to dedicate themselves to the search. Others depleted their life savings, and some people died searching for it. Law enforcement officers in New Mexico and elsewhere had asked Fenn to call off the hunt, saying people were putting themselves in danger to find the valuable haul.

Fenn rebuffed those requests, saying it wouldn't be fair to those who spent time and money looking for the treasure chest.

He tried to narrow the scope for treasure hunters, repeatedly saying the 40-pound chest was neither in a dangerous location nor one where an old man couldn't schlep it alone. But plenty of searchers forgot, disregarded or didn't hear about that promise of accessibility.

After announcing that the riches had been found, Fenn had mixed feelings, saying he was a bit sad that the chase was over.

"I congratulate the thousands of people who participated in the search and hope they will continue to be drawn by the promise of other discoveries," he posted on his website earlier this summer.

A self-described schmoozer and endless flirt who reveled in endless emails from treasure hunters, Fenn's idea to stash some of his favorite things began years earlier when he was diagnosed with cancer and given just a few years to live.

In his book "The Thrill of the Chase," he laid out his unusual rags-to-riches story while sharing memories of his favorite adventures and mischief-making. The book said the recollections were as true as one man could average, considering that one of his natural instincts was to embellish.

Fenn was raised in Temple, Texas, where his father was a school principal. His family spent the summers in Yellowstone National Park, where he and his brother honed their sense for adventure.

Fenn spent nearly two decades in the Air Force, including his decorated service as a fighter pilot in Vietnam.

After returning to Texas, he, his wife and two daughters moved to Santa Fe, where, over time, he became one of this artistic enclave's best-known and most successful gallery owners.

As an art dealer, he hosted a virtual who's who of the rich and famous at his gallery and guest house, including Jackie Kennedy Onassis, Sam Shepard, Jessica Lange and Michael Douglas, to name a few. Even in his 80s, he was known for throwing parties.

Forrest Fenn’s hidden treasure may have been discovered in early June, but that hasn’t stopped fortune hunters from speculating about where it…

An Indiana treasure seeker who had to be rescued by park rangers after illegally rappelling into the Grand Canyon of the Yellowstone in January has received multiple penalties for his actions.

FILE - In this March 22, 2013 file photo, antiquities dealer and author Forrest Fenn poses in his home in Santa Fe, N.M.