Thrust 6,000 feet above the horizon to the southwest of Billings, the Beartooth Mountains have long demanded attention for their jagged beauty and imposing appearance.

Now, thanks to dedicated research by a couple of Beartooth junkies, lovers of the mountain range can figure out which prominent peaks they are seeing from Montana’s largest city.

Billings resident Doug Jones began the project out of curiosity.

Use Ctrl+scroll to zoom in on the peaks of the Beartooth Mountains. Click and drag to view different peaks.

“I’ve always wanted a frame of reference,” he said. “I’m the guy who takes the window seat in a plane,” allowing him to look out and track the familiar parts of the landscape below.

Due to the COVID-19 pandemic, Jones had some extra time on his hands. So he scouted around for a photo of the Beartooth Mountains to start his project. When he didn’t find what he wanted, he drove to the top of the Billings Rimrocks, snapped his own photos and stitched them together for a panoramic view.

Much of that information was gathered when he spent a summer working in Red Lodge, as well as after college when he dedicated more than two months to exploring the mountains. Lemke climbed all 27 of the 12,000-foot high peaks (https://www.summitpost.org/montana-12-000-foot-peaks/810330). Along the way, he took numerous photos and notes, posting the information on his website.

After swapping information with Lemke via email, Jones decided he needed a better photo to work with on his project. He searched the internet and came across Billings Gazette photographer Larry Mayer’s Oct. 15, 2017, aerial view of the Beartooths.

In his 43 years at The Gazette, Mayer has taken hundreds of photos of the Beartooth Mountains from a variety of angles. The photo Jones came across was taken from the Lockwood area with the city in the foreground. It was an unusually clear day following a cold front that had passed through, clearing the sky of any haze, Mayer said.

With Mayer’s photo in hand, Jones decided to up the ante. In addition to naming the visible peaks taller than 11,500 feet in the photo, he decided to also name some of the prominent ones that were just out of sight. All told, the modified photo identifies about two dozen peaks, Jones said.

“I’m just a curious guy who got it started,” he said, “a bored old guy on a computer.”

Jones calculated that over the course of a month he spent about 40 hours working on the project in an old-school way that could admittedly be much easier with today’s technology.

If Jones hadn’t done the research in such an old-fashioned manner, however, he may not have met his kindred spirit, Lemke. In discussing their shared interest in the Beartooth Mountains, they’ve also discovered a common background. Both went to the Colorado School of Mines where they were trained as earth science engineers — Jones is a mining engineer and Lemke is a geological engineer.

Jones said he arrived in Billings years ago to work at the Stillwater Mine. An outdoorsy guy, his family took backpacking, camping, fishing, hiking and hunting trips into the mountains. When his two sons were in Boy Scouts, the family planned a five-day backpacking trip on the Beaten Path, a route that travels up the East Rosebud Valley.

“That was one of the best experiences of my life,” Jones said.

The fishing was great and the weather was beautiful until the last night when a downpour thoroughly soaked the campers. His job eventually took him away from Billings, but three years ago he returned, drawn in part by the beauty of the Beartooths and the memories they hold.

Geologically, the high plateaus, steep cliffs and glacier-carved valleys are “unusual and fascinating,” Lemke said. He was attracted to the area because he couldn’t find much information about hiking into the mountain range’s high lakes and peaks.

“I found that super appealing,” he said.

“Granite Peak is one of the few mountains I’ve climbed multiple times,” Lemke added. “It’s one of the most captivating mountains.”

At an elevation of 12,808 feet, Granite Peak is Montana’s highest point and is considered one of the most difficult in the United States to summit because of the long hike to get to its base, a plateau known as Froze to Death.

“The hikes to get to it are some of the most beautiful terrain I’ve seen in the United States,” Lemke added. “I haven’t been anywhere else where you can throw a cast in a lake and every single time get a bite.”

So although the two men have never met in person and are separated in age by decades, via email they’ve shared an appreciation of an unusual Montana mountain range.

“It was nice to get to know Matt,” Jones said. “I wish I would have done something like he did when I was his age.”

Photos: Images of the Beartooth Mountains

Clarks Fork of the Yellowstone River

West Fork of the Stillwater River

Granite Peak in the Beartooth Mountains

Room with a view

In a state with more beautiful places per capita than the national average, it's no surprise there's little consensus on Montana's most dramatic natural features. This feature was originally published by The Billings Gazette in 2007.

Fifteen years changes a lot when it comes to backpacking, probably most significantly the person doing the backpacking.

20 photos to remind you how awesome Montana is

Have you forgotten just how ridiculously awesome the state of Montana is? No? Well, here are some photos from Gazette photographers to remind …

Picture perfect: A drive through Yellowstone in November

The short drive between Cooke City and Gardiner, the only road through Yellowstone National Park open to automobiles in winter, revealed a med…

More than 20 years ago some friends introduced me to an unusual outdoor experience. Five of us divided the cost of a Forest Service rental cab…

The men spent two nights in the mountains with no shelter and were suffering from hypothermia when rescuers found them. 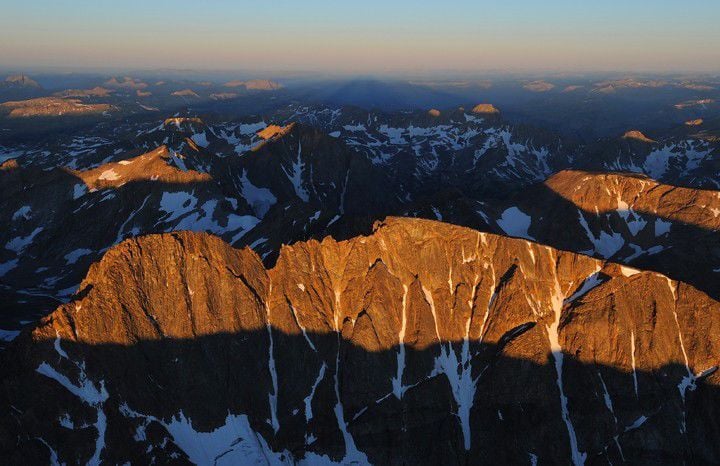 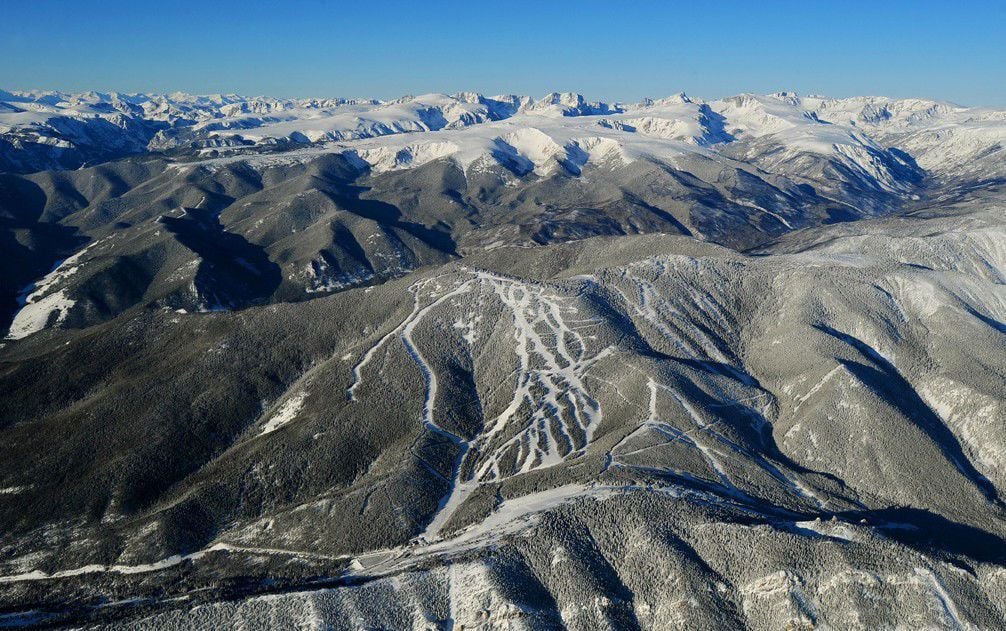 The ski runs at Red Lodge Mountain in the Beartooth Mountains have a fresh coat of heavy snow in this aerial view from 2009. 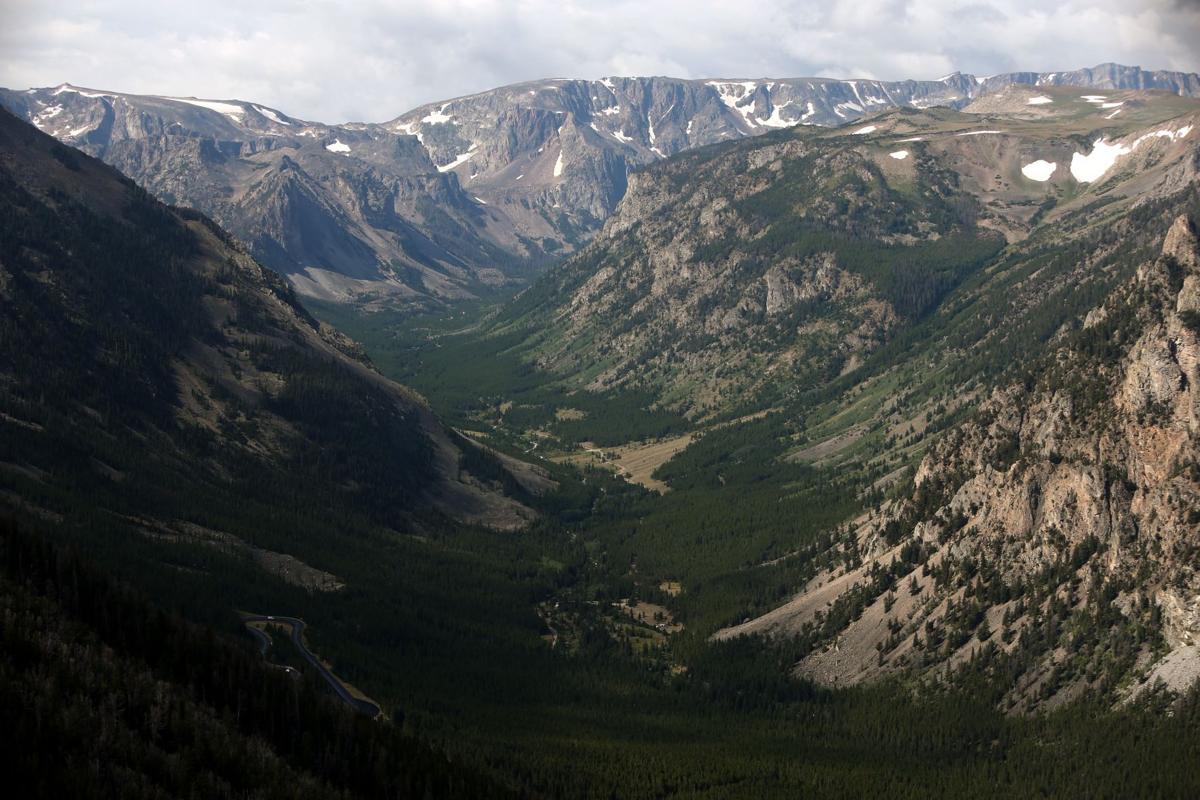 A view of the Beartooth Mountains from Vista Point in 2017.