Yellowstone Caldera Chronicles is a weekly column written by scientists and collaborators of the Yellowstone Volcano Observatory. This week's contribution is from Shaul Hurwitz, research hydrologist with the U.S. Geological Survey.

On Dec. 9, 2019, a fatal hydrothermal explosion (also called a phreatic eruption) occurred at White Island (Whakaari), a volcanic island 30 miles from the north-northeast coast of New Zealand's North Island. The explosion spewed rocks and toxic gases and launched an ash plume that surged outwards and rose to about  12,000 feet into the air. There were 47 people on the island at the time of the explosion, and 20 of them were killed, with the rest suffering severe injuries. This was unfortunately not the first tragic event on White Island. Sulfur mining took place in the crater between the 1880s and the 1930s, and 11 miners were killed by a debris avalanche in 1914, when part of the volcano's crater rim collapsed unrelated to any eruption.

Whakaari/White Island is the tip of a submarine stratovolcano at the northern end of the Taupo Volcanic Zone and has been active for at least 150,000 years. For the past 40 years it has been New Zealand's most active volcano. White Island is monitored by GeoNet — the agency that operates New Zealand's geological hazard monitoring systems. Like the USGS volcano observatories, GeoNet provides eruption updates, volcanic alert level summaries, and monitoring information. Volcano monitoring agencies relay scientific information to government agencies and land managers so they can make informed decisions regarding closures at active volcanoes.

White Island has erupted many times in recent history, with very frequent eruptions from 1976-2000. A major eruption formed a new crater in 2000, and small eruptions occurred in 2012, 2013 and 2016. The volcano had been showing signs of unrest for several weeks before the Dec. 9 explosion. In October, seismic tremors and sulfur dioxide (SO2) gas emission rates were at their highest levels since 2016, indicating an increased likelihood of an eruption. On Nov. 18, GeoNet raised the Volcanic Alert Level to 2, indicating "moderate to heightened volcanic unrest."

White Island is privately owned, and private tour operators set policies on whether to visit the island. Although the elevated GeoNet alert level indicated there was a heightened potential for eruption hazards, the island remained open for visitation.

This is sadly not the only example of a recent fatal hydrothermal blast. In 2014, over 60 hikers were killed when Japan's Mount Ontake experienced a small hydrothermal explosion. These hazardous events are challenging to forecast because they occur due to subtle changes in a volcano's hydrothermal system. The processes preceding the explosions are typically localized in areas that are much smaller than the spacing between monitoring instruments.

Monitoring data and observations generally show when an area has a higher potential for hydrothermal explosions. Sometimes the signs can last for weeks, as at White Island, but sometimes they happen too close in time to the explosion to be taken for warnings. At Ontake, signals preceding the 2014 explosion lasted only minutes and were only recognized in retrospect.

The land manager in Yellowstone is the National Park Service, which is one of the consortium members of the Yellowstone Volcano Observatory. NPS is responsible for enforcing rules to ensure visitor safety. They use monitoring data and interpretations by USGS and other Yellowstone Volcano Observatory scientists to identify changes in hydrothermal activity that could pose hazards to anyone nearby. This information prompted the NPS to close parts of Norris Geyser Basin in July 2003 and parts of the Upper Geyser Basin in September 2018 in response to changes in hydrothermal activity.

The lethal hydrothermal explosions at White Island and Mount Ontake emphasize the importance of scientific research into the processes that precede the explosions and the signals they might generate, as well as for better monitoring of hydrothermal systems in general. These explosive events also highlight the need for good lines of communication between scientists, policy makers and land managers, and for more public awareness of these unique hazards.

Caldera chronicles: 4.7 quakes a day on average in Yellowstone in last decade 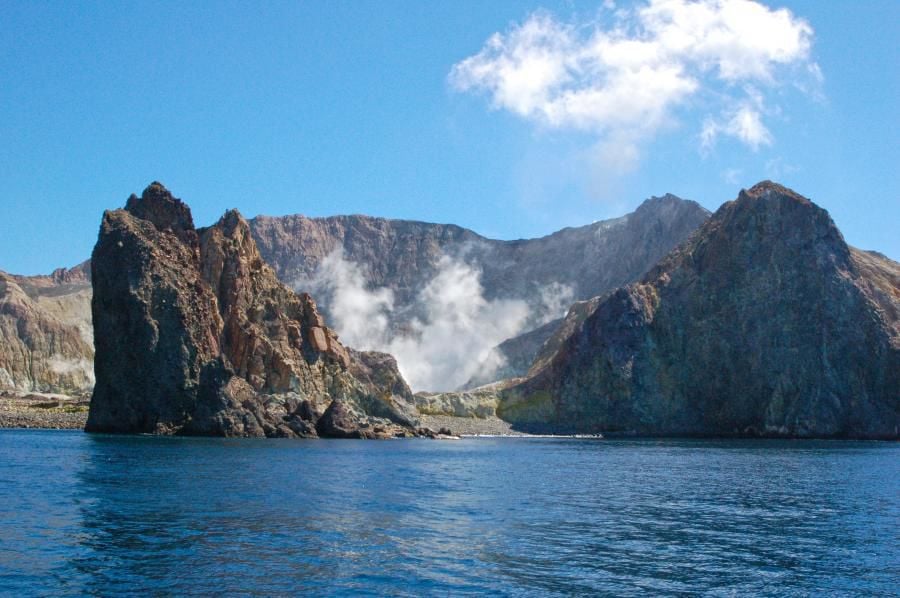 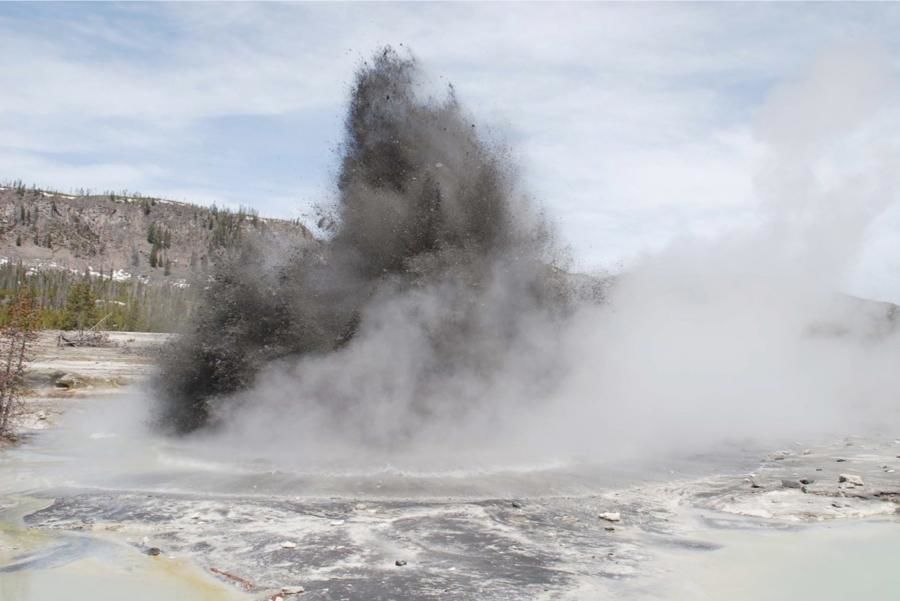 Hydrothermal explosions like this one at Biscuit Basin in Yellowstone National Park are the most likely explosive hazard from the Yellowstone Volcano.