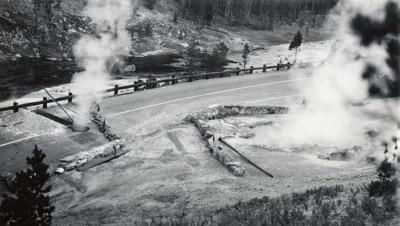 Yellowstone Caldera Chronicles is a weekly column written by scientists and collaborators of the Yellowstone Volcano Observatory. This week’s contribution is from David Shelly, seismologist, and Shaul Hurwitz, research hydrologist, both with the U.S. Geological Survey.

No doubt you’ve heard the story—roads have melted in Yellowstone National Park, which is supposedly evidence that the region is “heating up” and that a volcanic eruption is imminent. This story gained a lot of traction in 2014—that was the year of a magnitude-4.8 earthquake (the largest to have occurred in Yellowstone National Park since 1975), as well as the infamous “bison running” video that went viral but was badly misrepresented (the video was implied by some misinformation sources to show bison running for their lives because of impending volcanic activity, but according to the person that shot the video, was actually bison just running for the sake of running, and, what’s more, they were running into the park, not away from it).

The spate of misrepresented information even prompted the Yellowstone Volcano Observatory to put out a news statement discussing the recent observations, how they were being misinterpreted, what was being flat-out made up, and that there was no sign of any imminent volcanic activity. And as usual, volcanologists were right and misinformation sources were wrong (that’s why its called misinformation!).

The “melting road” story, however, has persisted as one of the legendary signs of Yellowstone’s restless nature. And unlike the bison stampede story, there is some truth to the legend—roads actually are being heated from below at Yellowstone, and some are suffering damage as a result. But it is not a sign of the area “heating up” or progressing toward a volcanic eruption.

The “melting road” of 2014 fame was Firehole Lake Drive, which is located in the Lower Geyser Basin of Yellowstone National Park. During the summer of that year, the road was closed for a few days because the asphalt in certain areas was starting to fail. One park employee, who was supervising a tour group at the time, has memories of the mess caused by thick asphalt that ended up on the tires of the vehicle just before the road was closed.

Firehole Lake Drive traverses one of Yellowstone’s largest thermal areas and has a history of asphalt “deflection” that dates back decades, since well before the 2014 publicity. The ground in the area is hot due to the abundant hydrothermal activity associated with features like Great Fountain Geyser and White Dome Geyser. Laying asphalt directly onto such a surface is a recipe for trouble, especially during the hot summer months, when the asphalt is heated both from below, by hydrothermal sources, and from above, by the sun (it can get pretty hot in Yellowstone during summer months!).

Beryl Spring is a hydrothermal area in some restrictive topography! The road from Norris Geyser Basin to Madison Junction follows the Gibbon River through a tight valley. With not much of a choice, the road threads between the river and Beryl Spring over some exceedingly hot ground. It takes a feat of engineering to keep the road drivable through this area, and sometimes nature has the final say, as in 1942, when this National Park Service photo was taken. Don’t fret, the road is now passable by auto and bison.

The result of this heating is that the asphalt softens and can flow, like silly putty. This can create “ripples” in the road surface, and potholes are more likely to form. When vehicles drive over the warmed asphalt, the road can suffer significant damage (as demonstrated by the tour bus incident from 2014). This problem is not unique to Yellowstone. For example, in 2012 an airplane at Reagan National Airport in Washington, D.C., was temporarily immobilized when the tires sank into the asphalt during a spell of especially hot summer weather.

Firehole Lake Drive is not the only place where thermal features cause challenges with road engineering. The highway near the overpass at Old Faithful has been impacted by hydrothermal activity for many years. The road adjacent to Beryl Spring, between Madison and Norris Junctions, has also required reengineering to deal with the presence of thermal ground adjacent to and beneath the roadbed, and park maintenance and engineering staff have developed innovative ways of dealing with the impacts of hydrothermal features on park infrastructure. For example, in some areas of hot ground, like near Beryl Spring, insulating foam is applied before the road is laid to help mitigate the impact of the hot ground.

Do roads sometimes “melt” in Yellowstone National Park? The phrasing is a bit melodramatic, but indeed, roads can be impacted by the thermal ground they traverse. This is nothing new, nor a sign of imminent volcanic activity. Rather, it is a consequence of laying asphalt roads through areas where the ground can approach boiling temperatures, combined with high summer air temperatures.

Still pretty amazing. Just not worrisome from a volcanic point of view. 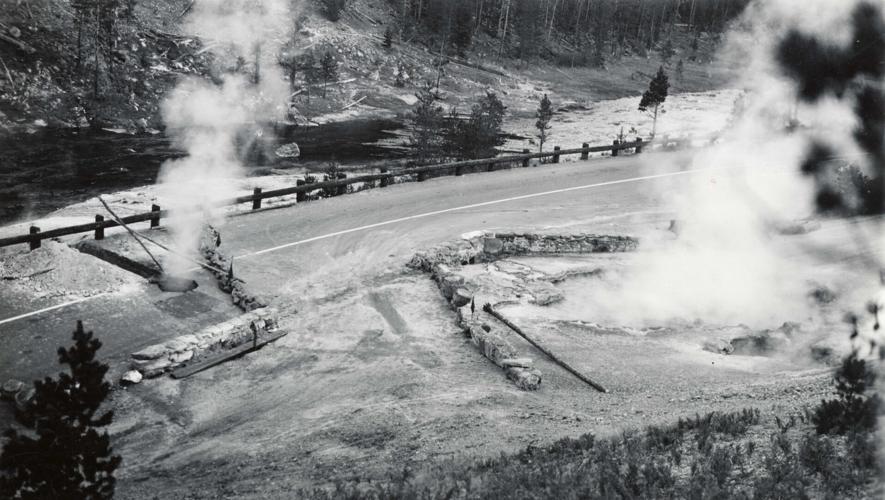 Beryl Spring is a hydrothermal area in some restrictive topography! The road from Norris Geyser Basin to Madison Junction follows the Gibbon River through a tight valley. With not much of a choice, the road threads between the river and Beryl Spring over some exceedingly hot ground. It takes a feat of engineering to keep the road drivable through this area, and sometimes nature has the final say, as in 1942, when this National Park Service photo was taken. Don't fret, the road is now passable by auto and bison. 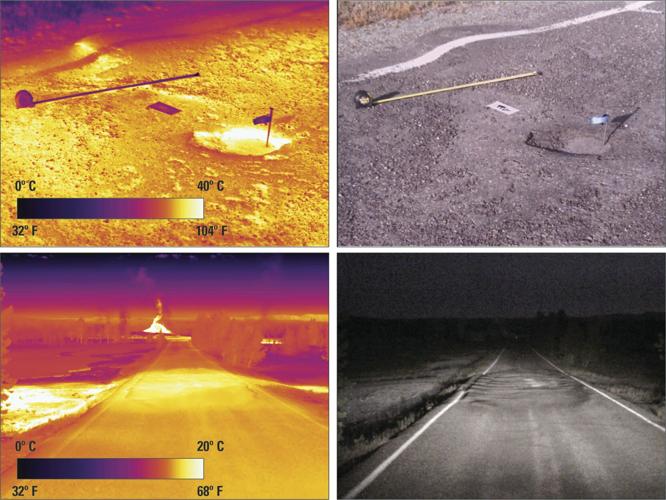