Visitors to Yellowstone might have noticed a small sign between Mammoth Hot Springs and Norris Junction that points down a side road to “Sheepeater Cliff.” A short drive down this road reveals an exceptional example of a common feature of volcanic flows: columnar jointing.

Sheepeater Cliffs is part of a basaltic lava flow that erupted north and outside of Yellowstone Caldera about 500,000 years ago. These sorts of lava flows, which are similar to those erupted in Hawaii, are common around the edge of the caldera, but they can’t erupt in the caldera because the denser lavas from the basaltic magma chamber are blocked from rising to the surface by the overlying chamber of viscous rhyolite magma.

The name of the cliffs comes from a band of Shoshone Native Americans who frequented the Yellowstone area and were known as the Tukudeka, or “Sheepeaters,” because of the bighorn sheep they hunted. (For more information, check out this exceptional video by Yellowstone National Park).

The cliff is made up of a series of adjoining vertical columns. When viewed from the top, each column is hexagonal in shape, and all are of very similar size — so much so that it almost looks artificial.

Columnar jointing forms upon slow cooling of a volcanic or shallow intrusive deposit. As the lava or ash cools, it shrinks, like most materials (except water, which expands when it freezes). In the vertical dimension, adjusting to this shrinking is easy — the lava or ash flow simply subsides, or sinks. But in a horizontal direction, the contraction is much harder to accommodate, and so the rock fractures. If the cooling happens quickly, the rock breaks in random patterns.

When the cooling happens over a long period of time, however, the fracturing is not random, but rather results in the formation of generally hexagonal columns. The hexagonal shape is favored because it does a good job of relieving the thermal stress created as rock cools; however, columnar joints may have as few as three sides and as many as eight.

For example, in some places, horizontal columns formed where a lava flow came into contact with a vertical wall of ice from a glacier. Once the glacier melts, the horizontal columns remain, providing evidence that ice once existed along that margin.

Although Sheepeater Cliff offers the most accessible view of columnar jointing in Yellowstone — you can walk right up to the rock — it is not the only place to observe this spectacular geological feature in the park. A few miles south of Sheepeater Cliff is Obsidian Cliff, a rhyolite lava flow that also contains columns. And the Calcite Springs overlook, near Tower Junction, provides outstanding views of two basaltic lava flows with columnar jointing in the canyon walls of the Yellowstone River.

Columnar jointing is present around the world, for example, at Devils Postpile in California; Devils Tower in Wyoming; the Columbia River Gorge in Oregon and Washington; Giants Causeway in Ireland; Svartifoss, in Iceland; Cape Stolbchaty, Russia; Kavadia mountain, India; and many other places. Columnar joining has even been observed on Mars.

The next time you happen upon columnar joints, take a minute to observe. What does it tell you about the environment in which the lava or ash was deposited? Can you tell where the cooling surface was? There are lots of fantastic stories preserved in these rocks.

While geysers and hot springs are relatively easy to find in Yellowstone, what about the caldera, and the lava flows and the two massive resurgent domes that formed after the caldera erupted? They’re there. You just need to know where to look.

Volcanoes in Iceland, Italy and Guatemala have put on displays that are captivating audiences worldwide. But did you know that the same sort of activity could also occur in the southwestern United States?

Geologists look for big things in small packages. In Yellowstone National Park, information about some of the biggest volcanic eruptions are hidden in the smallest crystals.

Yellowstone National Park’s proposal to bury fiber optic cable alongside 187 miles of roadway has drawn fire from an environmental group.

For Yellowstone science aficionados seeking updates on all things tectonic, volcanic and explosive, the Yellowstone Volcano Observatory has pu… 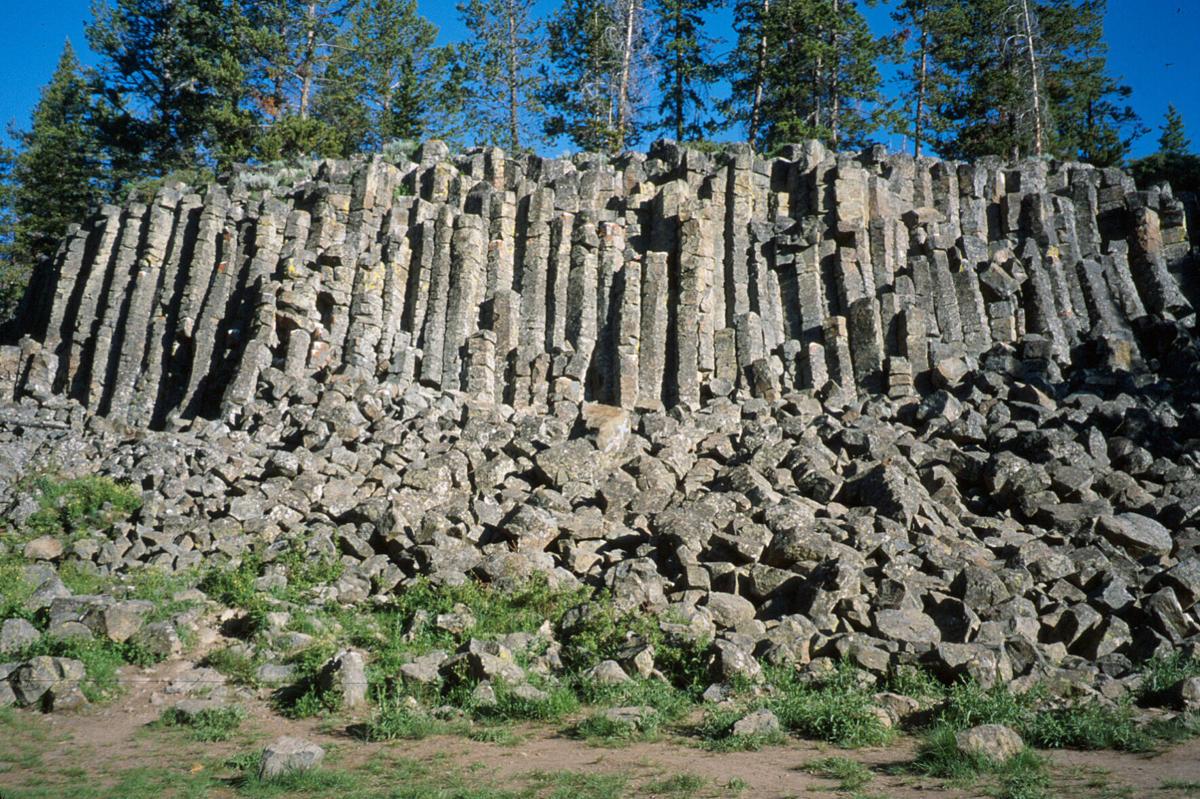 Slow cooling of a basaltic lava flow that was erupted about 500,000 years ago resulted in the formation of hexagonal columns at Sheepeater Cliff in Yellowstone National Park. 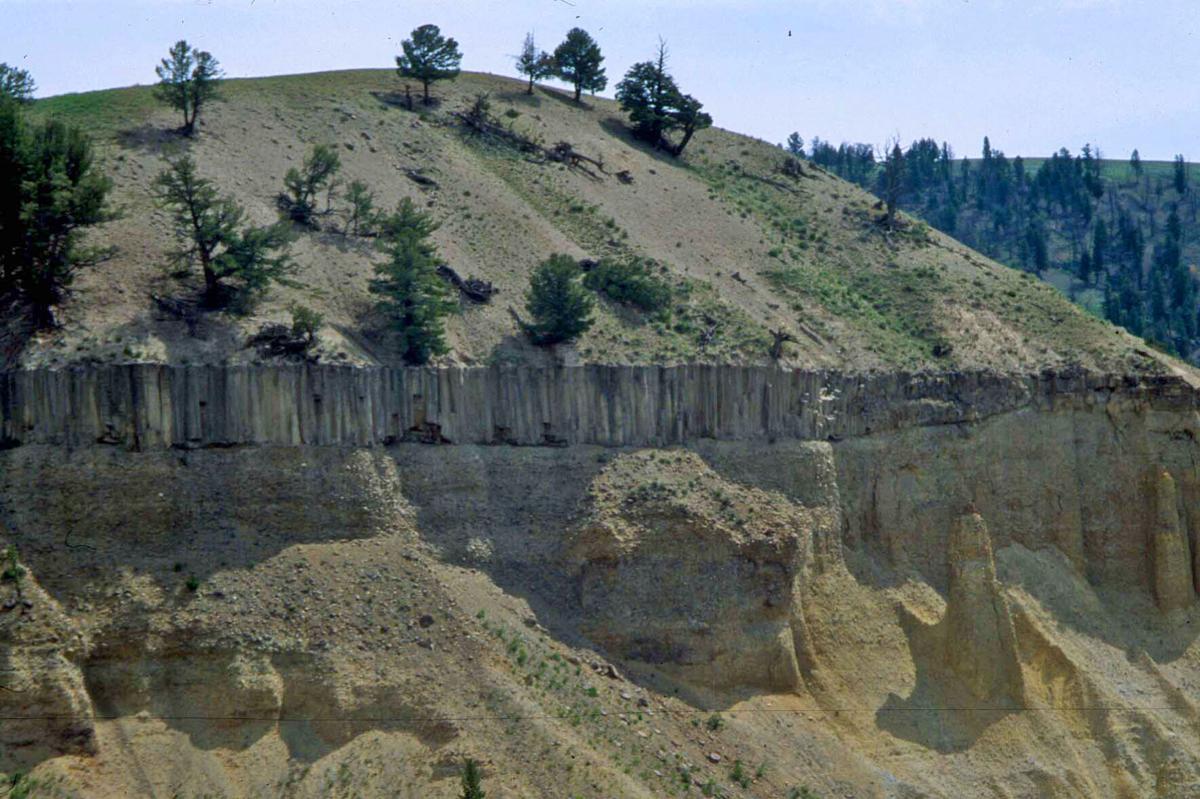 A 1.5-million-year-old basaltic lava flow in the canyon wall of the Yellowstone River can be seen from Calcite Springs Overlook near Tower Junction in Yellowstone National Park. Slow cooling of this lava flow resulted in the formation of vertical columns. Glacial gravels are present above and below the lava flow.