“Surveillance suggest CWD prevalence may be as high as 50% in a localized portion of Hunting District 322 where approximately 2,000 white-tailed deer are routinely counted at spring green-up,” according to an FWP report to the commission submitted by Region 3 supervisor Dean Waltee.

This is despite hunters killing more than 4,200 deer annually from 2004-2019 in the Jefferson and Ruby river valleys.

With such a high rate of disease, the chances of CWD spreading to mule deer, elk and moose in the area is high.

Nick Gevock, conservation director for the Montana Wildlife Federation, called the high number of infections staggering, suggesting the disease has either been in the area for a long time or is spreading incredibly fast, or both. CWD was first detected in the Ruby Valley in 2019 but was not identified in HDs 320 and 326 until surveillance was conducted this season.

In HD 322, in the lower Ruby Valley near Sheridan, FWP collected about 335 samples from whitetail deer. Seventy-eight animals tested positive.

“These (infected) deer are contiguous with white-tailed deer and moose throughout the Ruby, Jefferson, Beaverhead, and Big Hole valleys,” according to FWP’s report. “They are seasonally connected to migratory populations of elk, moose and mule deer that occupy adjacent upland habitats.”

“The whole objective is to reduce density so that contamination is reduced,” Wakeling added.

That’s complicated somewhat by the fact that most of the land where the deer congregate is private. Hunters will therefore need to seek landowner permission.

FWP noted, “Two landowners (who) control most of the lower Ruby Valley, where CWD occurs at relatively high prevalence and white-tailed deer densities are the highest, are supportive of continued hunting.”

The Department of Fish, Wildlife & Parks is not recommending the issuance of additional licenses, as it has done in some areas in the past to increase harvest, even though the primary goal is to reduce the deer population.

Increasing the killing of whitetails to try and save the population may seem ironic, commissioner Pat Byorth noted, but high wildlife densities help spread the disease.

It may take months for signs of chronic wasting disease to appear in animals, but the disease is always fatal. Although there is no documented evidence of humans contracting the disease from eating an infected animal, the Centers for Disease Control and Prevention recommends against the practice.

FWP is considering staffing CWD testing sites somewhere near Dillon and Butte, but the operations may be constricted by the cost of staffing and paying for tests. The commission encouraged Wakeling to see that FWP tests more animals.

Chronic wasting disease has been found in wildlife in new areas of Montana.

This season, CWD-positive animals were newly detected in Hunting Districts 309 (near Bozeman), 314 (the Paradise Valley), 326 (southeast of Dillon), 320 (north of Virginia City), and 622 (north of the Missouri River near Sun Prairie), according to the Department of Fish, Wildlife & Parks.

“We had some new areas with detections as well, which does reinforce the assumption that the disease is widespread across the state,” said Ken McDonald, FWP Wildlife Division administrator.

The average testing turn-around time was seven days this year, as opposed to 19 days last year. Moose samples took significantly longer to test than deer and elk, because samples had to be shipped to Colorado State University. The test for moose is a bit different and is more labor and time intensive.

“This year, with the COVID pandemic, we had more logistical challenges than normal, but overall the sampling went well,” McDonald said. “We were able to get hunters their sample results quicker by utilizing the new testing capabilities of the Montana Department of Livestock’s diagnostic lab in Bozeman.”

More information about CWD in Montana can be found on the FWP website at fwp.mt.gov/CWD.

Only days before the opening of the big game rifle season, Montana Fish, Wildlife & Parks reported 18 deer killed in October had tested po…

Wyoming hunters could see extended seasons, late hunts or more tags for mature bucks as a means to help control or slow the spread of chronic …

Montana teachers will get priority for a COVID-19 vaccine, but when is unclear

Hunter numbers were just above average this year and the mule deer harvest was well above average at Montana Fish, Wildlife & Parks' Havre…

A late season hunt for whitetail deer in southwest Montana that ended on Feb. 15 resulted in 52 out of 305 deer testing positive for chronic w… 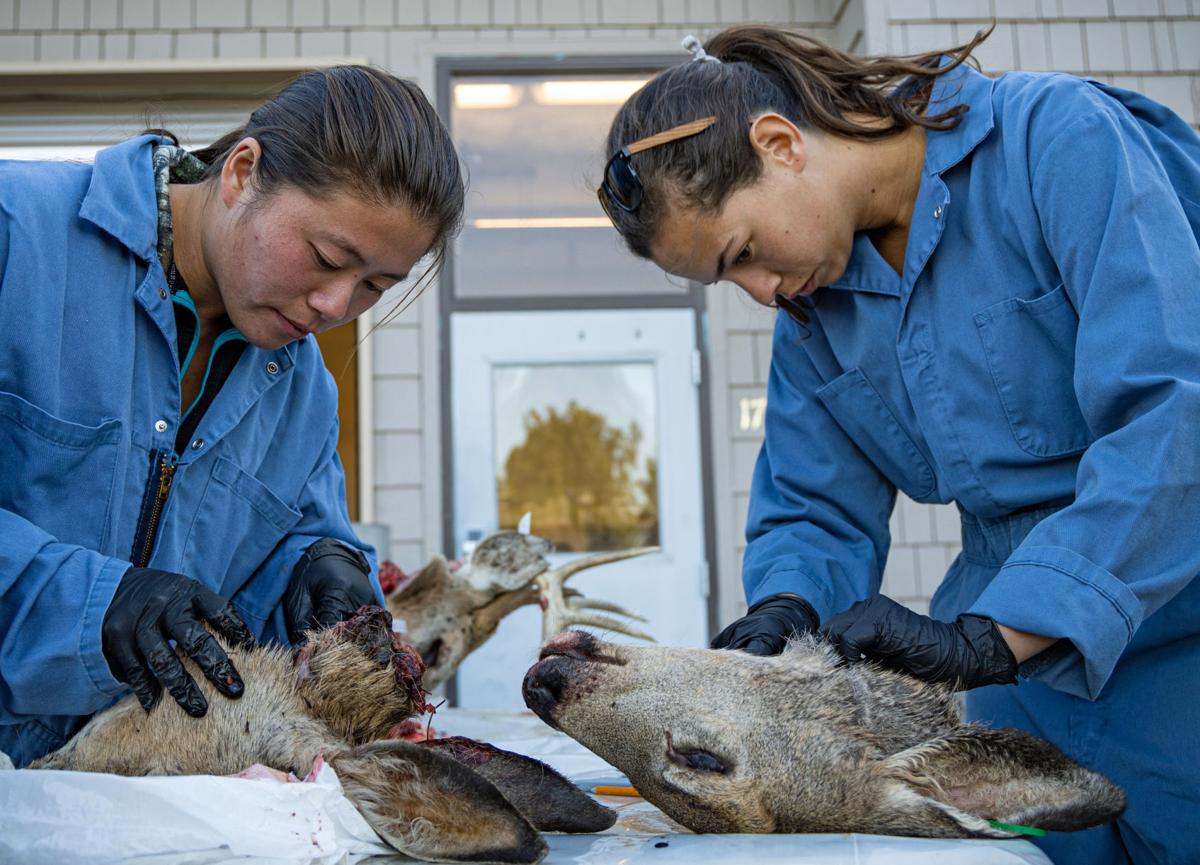 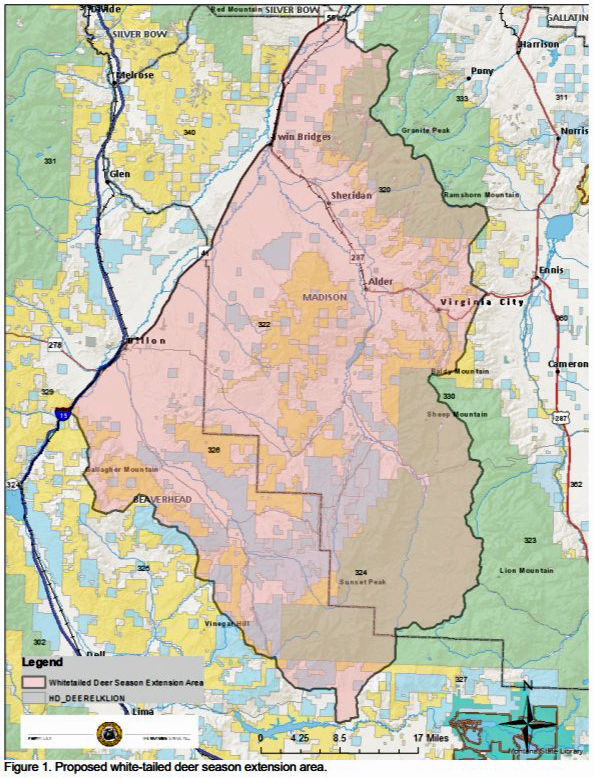 This map shows the area where the extended season was approved for whitetail deer.