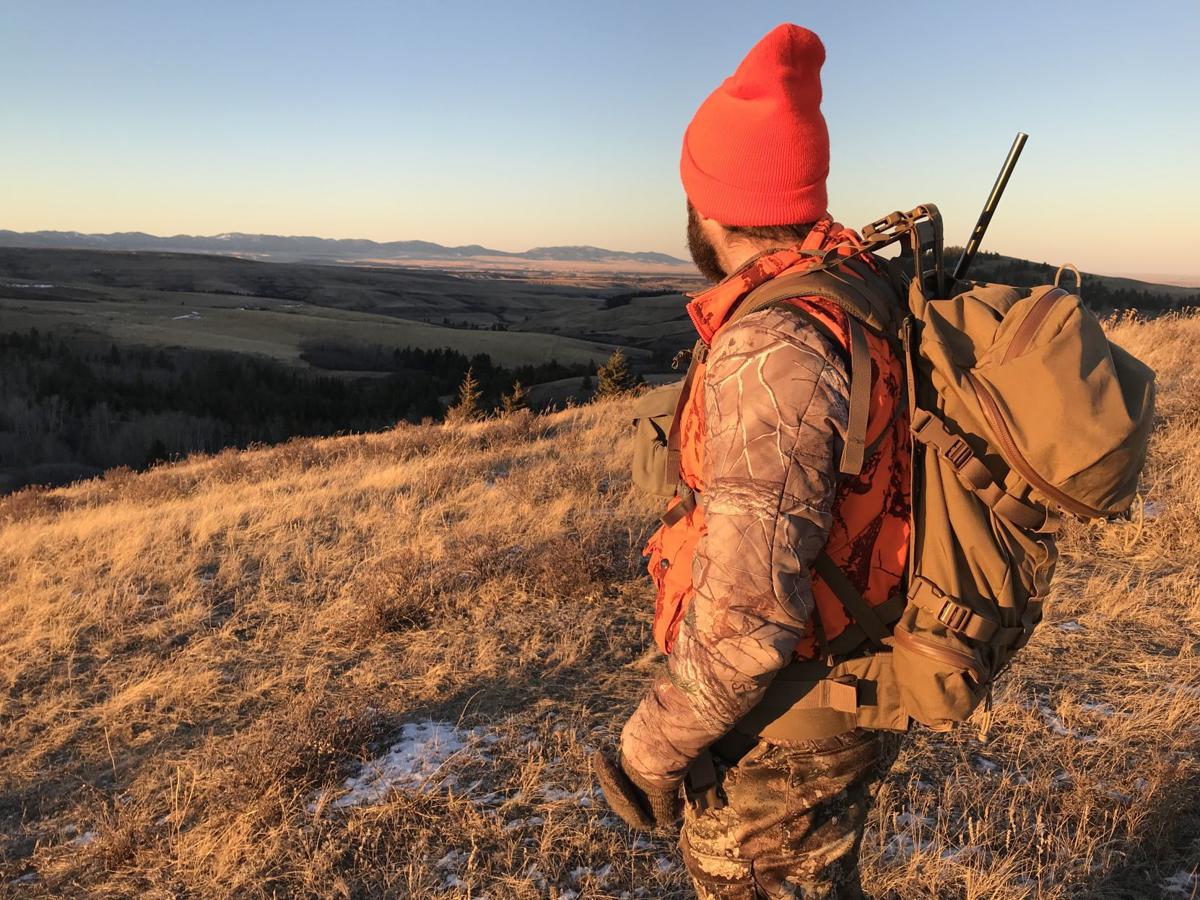 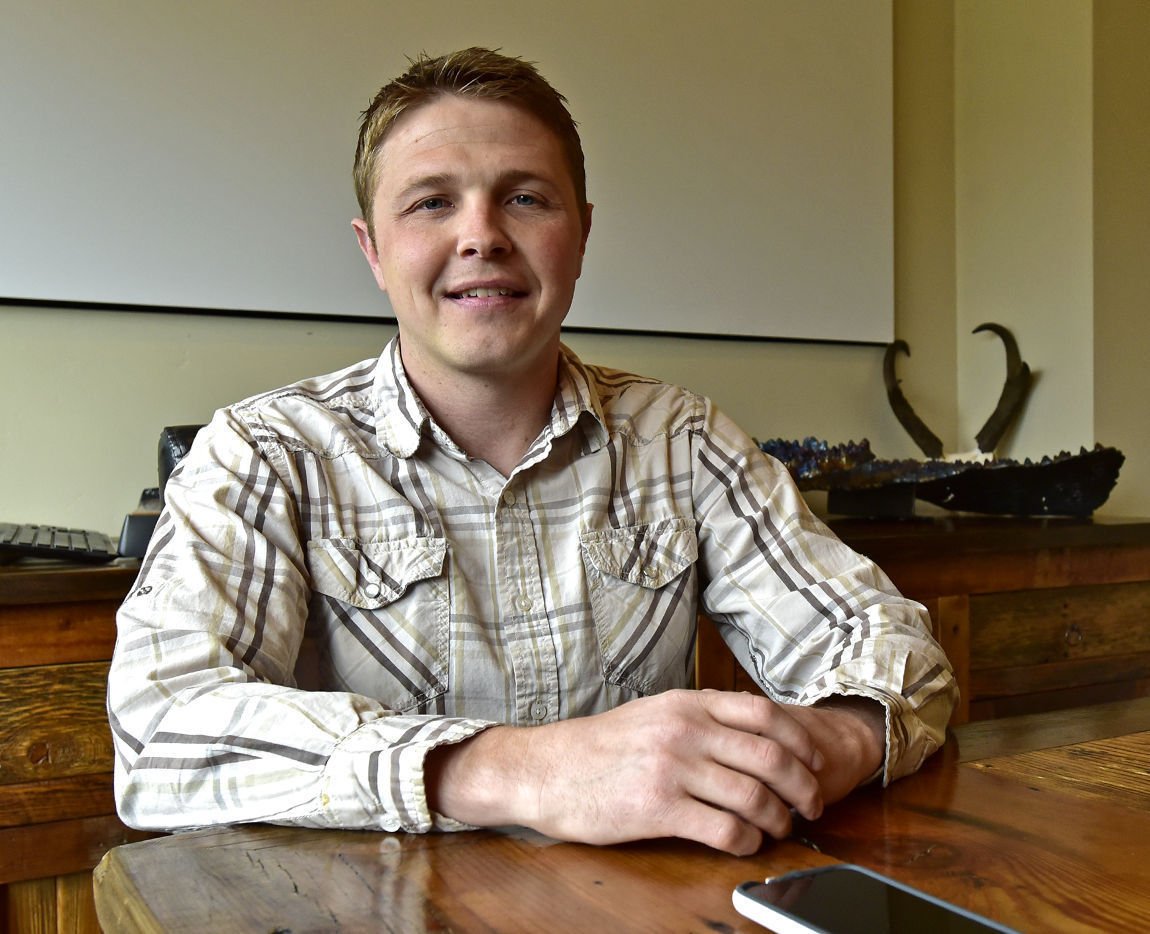 Eric Siegfried, president of onXmaps, founded the company in 2009 with a mapping product for hunters.

We were three miles from the truck. Save for the umbrella of stars that hung like diamonds in the clear sky, the night was pitch black. Along with our food, extra clothing and other provisions, my son Trevor and I had a couple hundred pounds of mule deer to pack out over snowy, desolate country.

This was in November, and we were in Eastern Montana's badlands. Trevor had felled a good buck just as daylight ended, and we had spent two hours after his shot echoed through that vast, publicly owned land skinning and quartering the animal and strapping it into his pack.

Now we plotted a course over and through the endless ravines, gullies, canyons and hoodoos that separated us from the higher country where we had left the truck that morning.

Leading the way, and holding his cellphone in one hand, Trevor watched as a tiny dot on the device's screen showed our ever-so-slowly changing position on a topographic map. Inching our way through the darkness, following the map's contour lines, we knew which steep inclines and drop-offs to avoid.

In flatter country, we could have followed a straight line to the truck. Now, especially with the weight of our packs, it was critical we avoided as many craggy ups and downs as possible.

Turns out, years ago Eric Siegfried was in a similar position. An Eastern Montana native, Siegfried was familiar with that region's relatively flat sagebrush landscape.

But when he graduated with a mechanical engineering degree from Montana State University in Bozeman and moved west to Missoula, he had difficulty locating public land boundaries on his handheld GPS while roaming the region's backcountry for elk and deer.

In response, Siegfried developed in 2007 the onX Hunt chip, which could be loaded into the GPS units hunters commonly carried. The chip allowed off-grid travelers to determine not only their positions on the landscape, but where they were relative to important land ownership boundaries.

That was a big deal.

A much bigger deal occurred with the advent of smartphones and their built-in GPS systems. These allowed Siegfried's company, onXmaps, to develop its continually updated onX Hunt app that shows hunters and other off-grid travelers their positions relative to private and public lands.

"Hunters were going to carry their smartphones anyway, and allowing them to get the maps on their phones was a logical next step," said Zach Sandau, onXmaps marketing project coordinator.

Importantly, cellphone coverage isn't required to utilize the maps. Instead — as Trevor had done before our hunt — maps of specific areas can be downloaded onto phones for later retrieval, by name.

Hunters and other backcountry travelers can call up specific maps while placing their phones in airplane mode to save battery power. A basic version of the onX app is free. A map of one state with all features is $29.99 a year. The same features for all 50 states is $99.99 annually.

"Smartphone screens are clearer than GPS screens and they're bigger," Sandau said. "That makes them ideal to read the maps."

The onX Minnesota map, for example, shows the location of deer permit areas, as well as information specific to each, such as season dates and limits. The map can be tailored to show locations and boundaries of state forests, trails and parks, as well as lake and river public access sites.

In addition to property boundaries, landowners' names also are shown. This helps hunters and others who want to contact them, seeking property access, while also allowing users to distinguish between land they are allowed to hunt and land where permission hasn't been granted.

Waypoints also can be posted on maps, and a tracker feature marks routes so wilderness travelers can exit areas the same way they entered.

Trevor and I didn't turn on the tracker option that morning because we would be hunting, which could lead us anywhere. But we did drop a waypoint where we left the truck, and in that dark, cold night while we hiked in its direction, with our packs heavy and the rocky country challenging every footstep, the tiny dot showing the truck's location glowed on Trevor's phone like a beacon.

We reached it in two hours' time.

"This investment enables us to take our solutions and our team to the next level," Siegfried said at the time. "Whether our customers are hunting big game, looking for the best spot to camp, fishing new water, or walking land ownership boundaries, onX has them covered."

A Missoula mobile mapping technology company announced on Thursday that it has raised $20.3 million in venture capital investment funding from a host of equity firms located everywhere from New York City to Silicon Valley.

Boom! The rifle shot’s roar creates a shrill ringing in your ears. The smell of gunpowder, sharp and tangy, fills your nostrils. Heart still h…

Frustrated by his inability to find a Block Management Area sign-in box, Bozeman hunter Scott Bischke fumed that there had to be a better way.

When Rob Hart shot a pronghorn that ran off a Block Management Area he was hunting, he did the responsible thing and tried to find the landown…

Eric Siegfried, president of onXmaps, founded the company in 2009 with a mapping product for hunters.