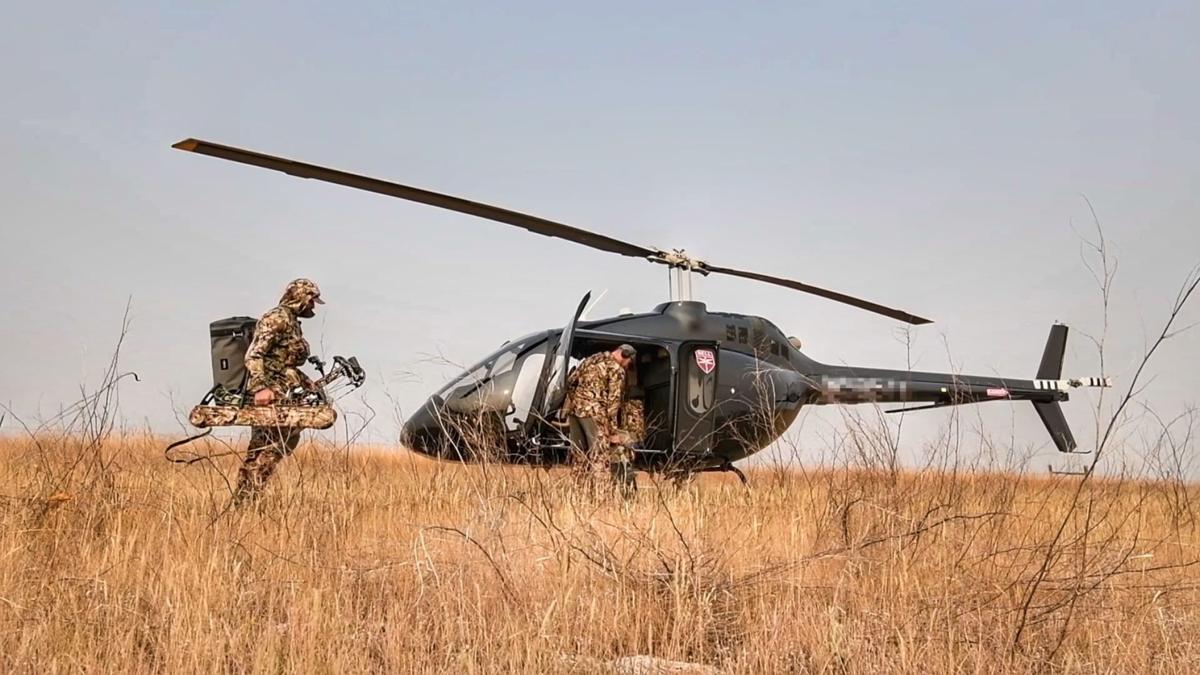 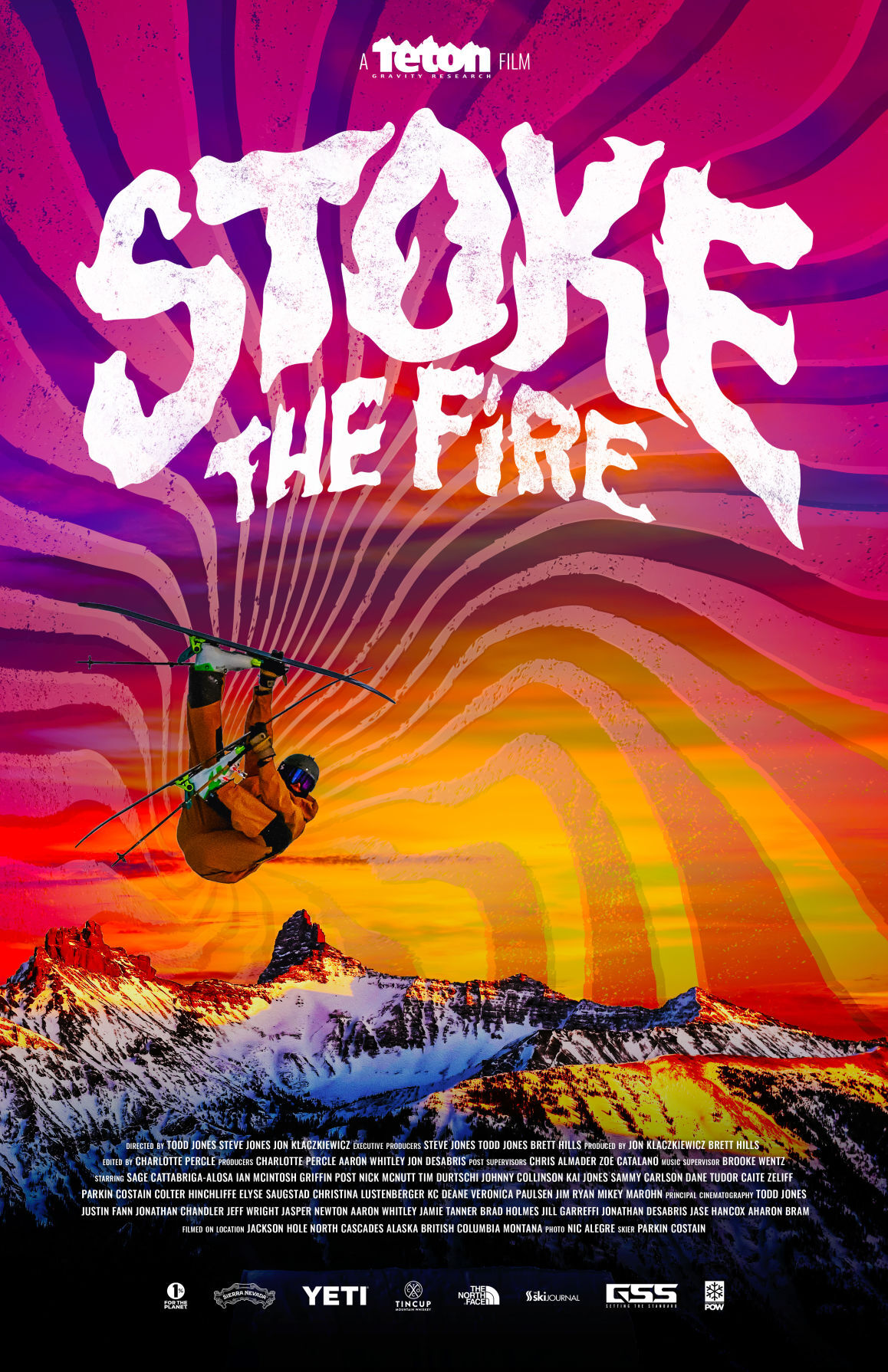 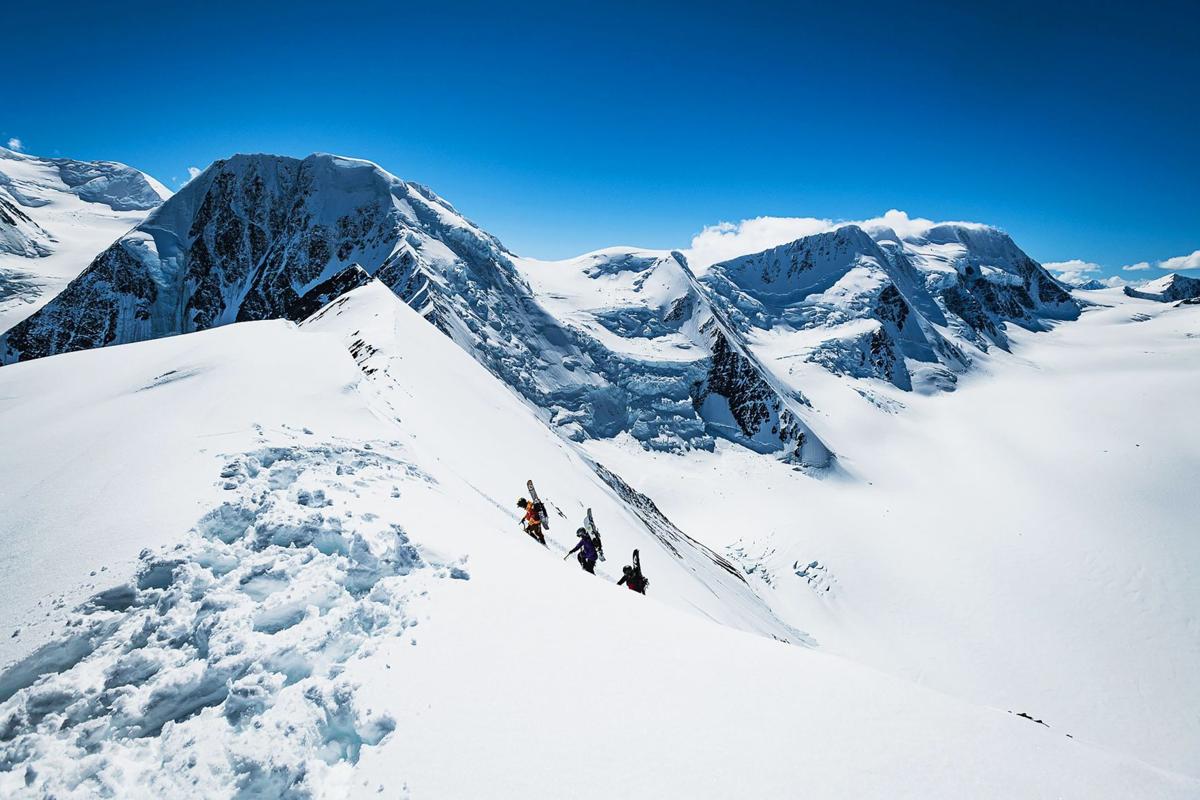 “Not all public land is available to the populace,” Matzinger said in a press release. “In the United States, there are massive amounts of public land completely surrounded by private lands, making the public lands private by default. It’s landlocked.”

Titled “#ProjectLandlocked,” the 38-minute free online film examines the controversy and conundrum presented by the estimated 16.43 million acres of public land that are inaccessible in 22 states. This is equivalent to the entire state of West Virginia or seven Yellowstone National Parks, the film noted.

Montana is in the top tier for states with landlocked acreage, totaling 3.09 million acres, surpassed only by Wyoming with 4.16 million inaccessible acres.

“Jason was really interested in bringing the reports to light to a new audience that isn’t reading reports,” said Molly Stoecklein, senior communications manager for onX.

Missoula-based onX, a digital mapping company founded in 2010, was one of several partners involved in the making of “#ProjectLandlocked.” Others included the Rocky Mountain Elk Foundation and Theodore Roosevelt Conservation Partnership.

As onX has grown, the company also sees the access issue as important to its continued existence. In 2018 it worked with TRCP to make the first assessment of landlocked acreage, expanding to include state lands in the calculations the following year and by 2020 aiming at acreage in eastern states.

“All of this was because hunters started getting involved and interested in the public lands issue,” said Lisa Nichols, access advocacy manager for onX.

The work also coincided with discussions at the federal and state level about states taking over management of federal lands, a controversial issue.

Since 2018 onX has devoted a portion of its annual sales to improving access and recreation opportunities on public lands. Through its Access + Stewardship Grants, the company is supporting the efforts of land trusts, conservation nonprofits, agencies and trail associations by providing grants.

In his film, Matzinger utilizes onX technology to helicopter into a landlocked parcel of public land to archery hunt elk, an activity he claimed other blue collar hunters could take advantage of if they pool their money. A quick check of helicopter services in the area shows an hour of flight on a four-person copter starts at about $850 an hour.

Checkerboard acreage and landlocked public lands have become a flash point for controversy between access advocates and landowners.

Public lands across the West are often found in these checkerboard patterns thanks to the legacy of the U.S. government providing railroads with land grants to compensate for the cost of building rail lines across the country in the 1800s.

State school trust lands are another relic of the settlement of the West. When entering the union the federal government gave states entire sections of land, each section is 640 acres, to support public education and schools.

Checkerboarding in places like the Crazy Mountains in Montana has highlighted the challenge agencies like the Forest Service have to find ways to improve access, either through rerouting trails or conducting land trades to deal with the century old problem.

The film also draws attention to the controversial issue of corner crossing, moving from one corner of public land to another where they intersect.

Randy Newberg, the Bozeman-based host of the hunting series Fresh Tracks with Randy Newberg, says in the film that he’s backed away from the controversy surrounding corner crossing, despite vocal support of a bill in the 2013 Montana Legislature that sought to enshrine the activity in law.

At the time, advocates said corner crossing would provide access to about 800,000 acres in Montana.

“If we’re willing to take shortcuts … we’ve probably done more damage to our cause than we have to the benefit of what we’re trying to do,” he added. “And I know it’s a long game, and I know it’s frustrating, but we have to do it and we have to do it right. Because we hold out that we the public, we respect private property rights and we want our public property rights to be respected. You can’t have one without the other.”

The film’s guests advocate for use of funding provided by the Land and Water Conservation Fund to enhance public access for outdoor recreation.

That’s something the Rocky Mountain Elk Foundation has been supporting for the past 30 years, finding key parcels of land that can provide access to larger tracts of public ground, often working in partnership with agencies like the Forest Service, Montana Fish, Wildlife & Parks and the Bureau of Land Management.

One example of RMEF’s success was negotiating the purchase and transfer of 620 acres in 2019 along the Rocky Mountain Front. The property was surrounded on three sides by federal land.

In 2013 RMEF purchased a 40-acre parcel in the Big Snowy Mountains that provided access to 18,000 acres of forest land. The group then sold the land to Montana Fish, Wildlife & Parks.

Joel Webster, vice president for Western Conservation for the Theodore Roosevelt Conservation Partnership, said that money provided through LWCF isn’t the answer to all of the landlocked lands issues, but he said it does provide one tool to increase hunter access.

Another way to assist in the effort would be for Congress to pass the MAPLand Act, legislation that would provide funding for federal agencies like the BLM and Forest Service to digitize their public land access information, such as easements.

“There are thousands of easements still on paper,” Webster said. “The only way we can determine if routes are open to the public is by pulling them out of filing cabinets.”

“The issue of landlocked public lands is not going to be solved with a single solution, we need sort of a multi-pronged approach,” said Nichols, of onX, in the film. “We do need a lot of organizations and agencies and local communities all working together.”

Several regionally produced outdoor films are being unveiled this fall.

Accompanied by two shelter dogs he adopted, Nolt talks in the movie about the “pure joy” he finds when he and his dogs work as a team and honor the memory of his father, Jim, for a love of the outdoors that was passed along.

“Although it took me too long to find it, I’m forever grateful for the wildness dad instilled in me,” Nolt says in the film. “His spirit is always close to me in the field, and sometimes I swear I can hear his laugh when I miss a shot.”

Also announced for the fall are two new films from Wyoming-based Teton Gravity Research. “Mountain Revelations” focuses on “the diverse stories between snowboarders Jeremy Jones, Ryan Hudson and Rafael Pease” as they visit Alaska. During the film the athletes “address the hurdles of institutional racism, lack of access to opportunity, wealth disparity, and more.”

The worldwide tour for “Mountain Revelations” launches in October and comes to Bozeman on Oct. 28 where it will be shown at the Emerson Center for the Arts.

“'Stoke the Fire' is about that pure joy that comes from doing what we love — that internal fire that stems from exploring the mountains, challenging yourself and the creative expression that inspires us all,” said Steve Jones, TGR co-founder.

The worldwide tour for “Stoke the Fire” opens in September and will include stops in Bozeman on Sept. 24 at the Emerson Center for the Arts and on Sept. 25 in Missoula at Ogren Park at Allegiance Field.

A Montana GPS mapping company has identified 9.52 million acres of inaccessible public lands in 13 western states, including 1.52 million in M…

When Rob Hart shot a pronghorn that ran off a Block Management Area he was hunting, he did the responsible thing and tried to find the landown… 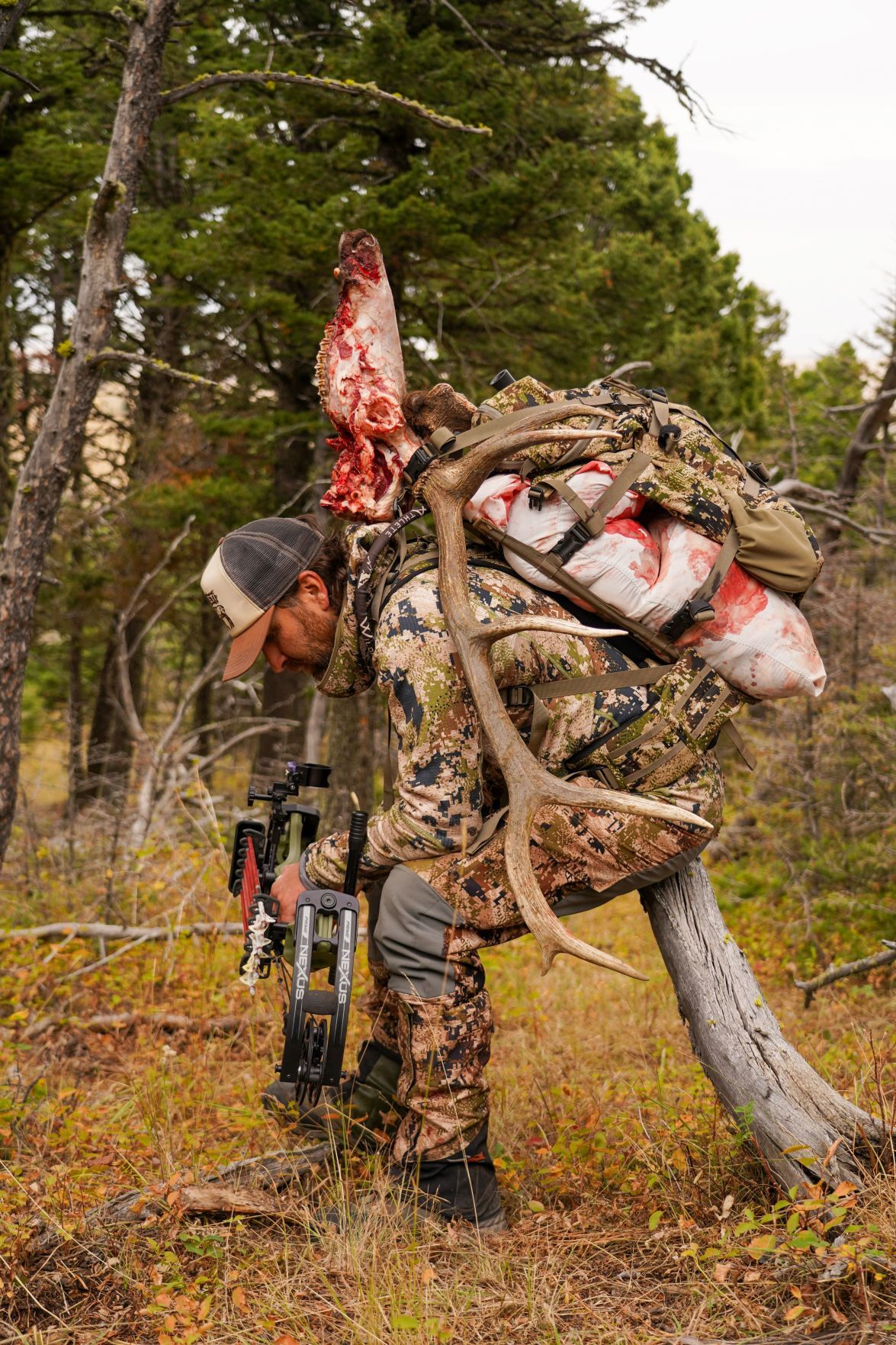 Film producer Jason Matzinger rests while packing out a bull elk he shot during filming of "#ProjectLandlocked," now available on YouTube. 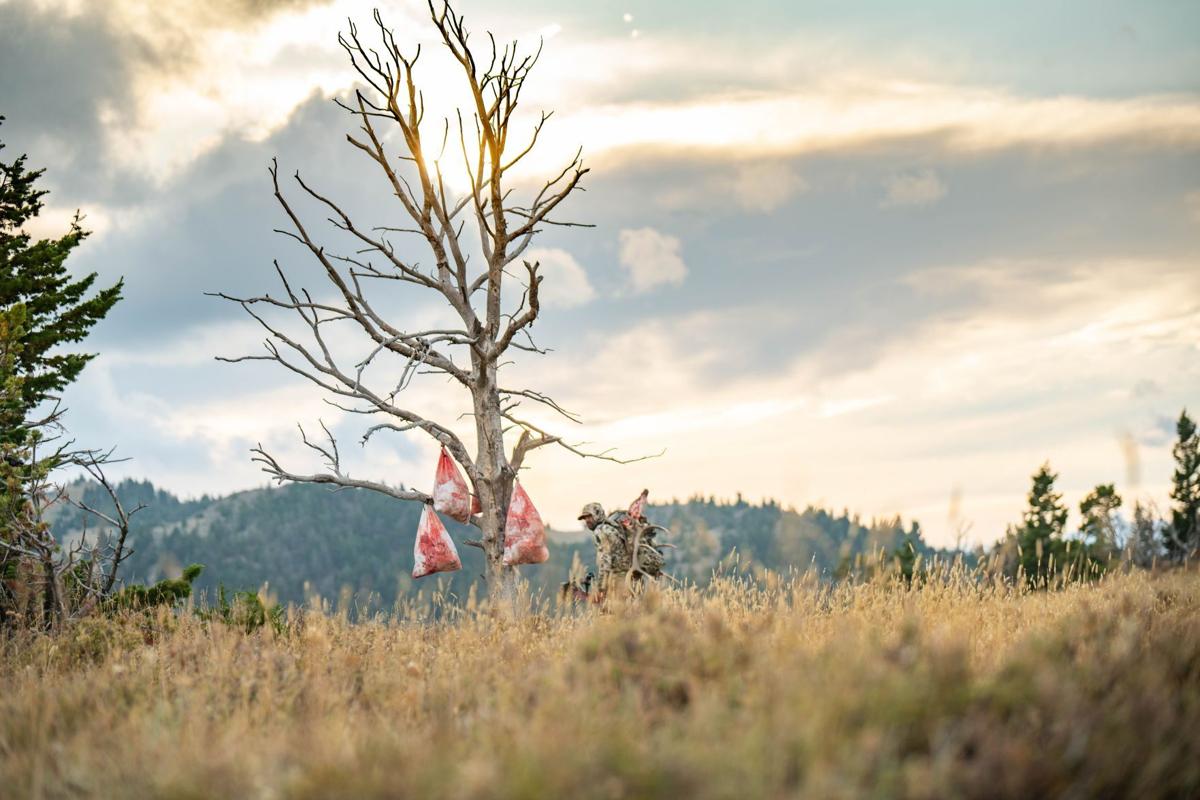 Montana is one of the leading states for landlocked public acreage, trailing only Wyoming. Filmmaker Jason Matzinger took advantage of a landlocked parcel to fly in by helicopter and hunt. 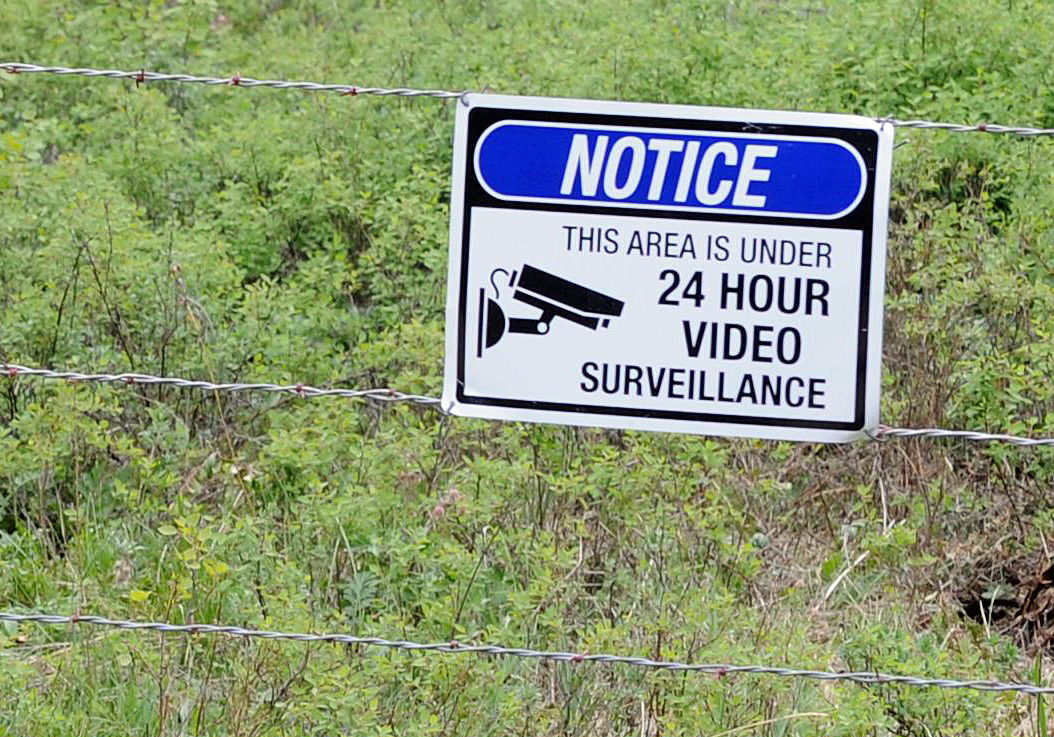 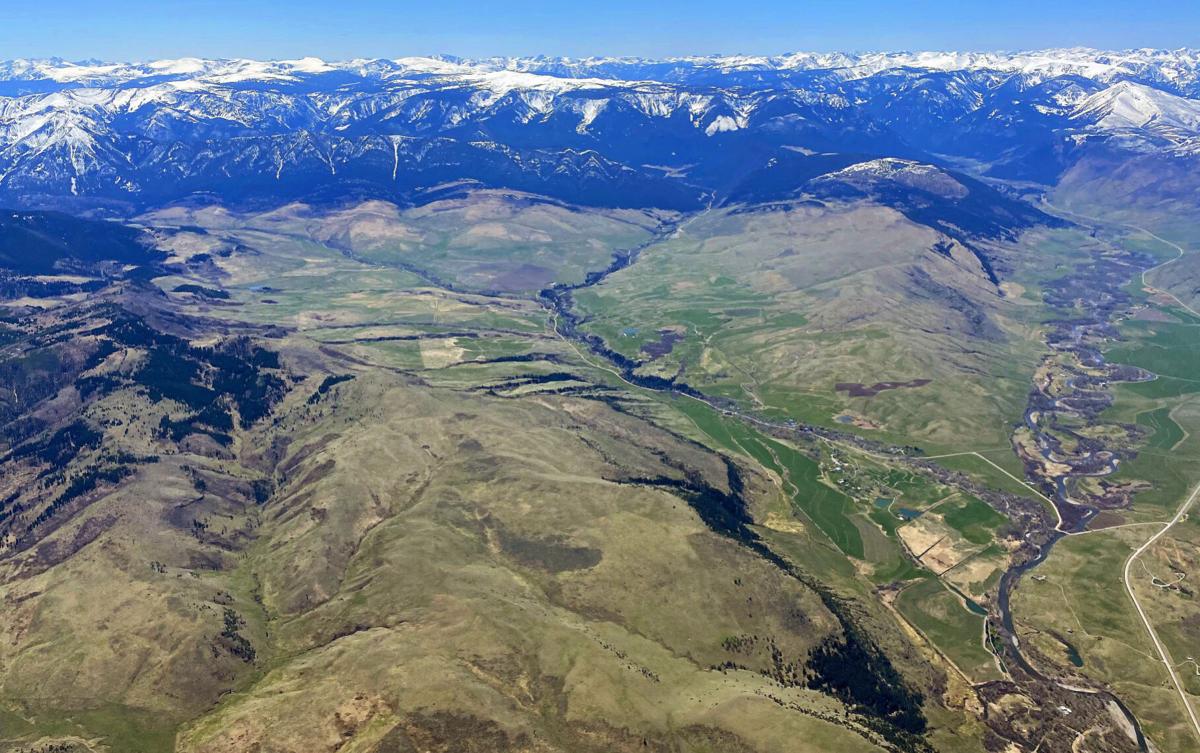 Flying in to isolated parcels of public land in Montana can be a way for hunters and other recreationists to reach landlocked acreage. 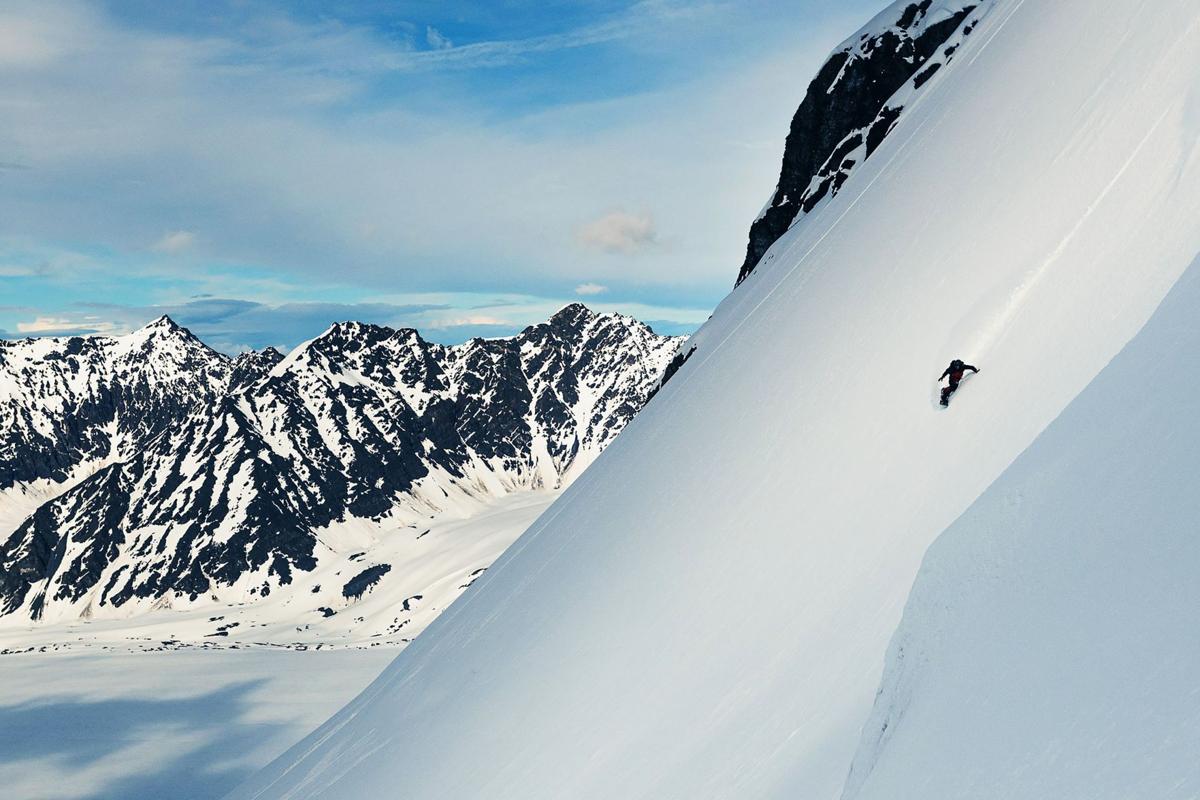