Following public opposition, the Custer Gallatin National Forest has abandoned a controversial portion of its proposed south Crazy Mountains land exchange, but will move ahead with the rest.

The agency is proposing a trade of 1,920 acres of federal lands for 1,877.5 acres of private lands owned by Wild Eagle Mountain Ranch and Rock Creek Ranch.

Left out from the original deal is the exchange of 1,305 acres of forest land for 1,920 acres owned by the Crazy Mountain Ranch. Multinational tobacco giant Philip Morris, which is now called Altria Group, owns the ranch.

“In essence, it gives the Forest Service, interested community members and the landowner more time to consider options,” she said.

Without this portion of the exchange, however, the Forest Service is unable to accomplish several of its initial goals. These included public access to Smeller and Rock lakes, relocating parts of the Cottonwood Lowline Trail No. 272, along with the acquisition of a trail easement to provide connectivity with the Rock Creek Trail.

“While it would have been great to see Rock and Smeller lakes become public land, that part of the swap was controversial as it traded some valuable habitat,” Erica Lighthiser, of the Park County Environmental Council, wrote in an email. “It's an incremental step, but an important one, and leaves the door open for future resolution.”

Should the Forest Service proceed in the future with an exchange, it would have to publish another decision notice and go through the public comment process.

Members of the Montana Chapter of Backcountry Hunters and Anglers were a large proportion of those who spoke in opposition to the Crazy Mountain Ranch portion of the exchange. They argued the two sections of publicly owned lowlands the Forest Service was proposing to trade were too precious to part with, providing access for elk hunters and anglers.

“It’s really encouraging that the Forest Service listened to the majority,” said John Sullivan, president of the state chapter, although he wished the agency had moved away from that portion of the exchange completely.

The group has bumped heads with the Forest Service on other Crazy Mountain issues. BHA is engaged in a lawsuit with the agency regarding the building of a new Porcupine Lowline Trail on the west side of the mountains, a situation where BHA felt the Forest Service ignored their members’ concerns. That case is working its way through district court.

Public land exchanges are exceedingly complicated and therefore take years to develop. The Custer Gallatin National Forest staff has been working on the south Crazy Mountains land exchange off and on for 10 years.

The island mountain range north of Livingston has generated considerable interest among public land access proponents in that time because the area has few public access points and a checkerboard of private and public land ownership. Disputes over whether old forest trails are still open to the public, such as the Porcupine Lowline Trail, have also created controversy.

Lighthiser, of the PCEC, remains optimistic that resolutions can be found to the satisfaction of the majority of the people involved.

“The path forward in the Crazy Mountains will require small steps like these to enhance public access, consolidate public lands, and respect landowner concerns,” she said.

PCEC has been working with a coalition of landowners to craft a land exchange with the Custer Gallatin National Forest on the east side of the Crazy Mountains. Although the details of the agreement have been made public, it has not yet been formally submitted to the Forest Service for consideration.

The environmental assessment, finding of no significant impact, draft decision notice, and supporting documentation are available online at: https://www.fs.usda.gov/project/?project=56687.

Any member of the public who has previously commented on the south Crazies land exchange can provide input on the amended Forest Service proposal for the south land exchange. Objections, including attachments, must be filed to: Objection Reviewing Officer, USDA Forest Service, Northern Region, 26 Fort Missoula Road, Missoula, MT 59804; FAX to (406) 329-3411; email to appeals-northern-regional-office@usda.gov or by hand-delivery.

After more than 16 years of talks, hunters, horseman, hikers and bikers should soon have access to the northeast side of the Crazy Mountains.

Thanks to the generosity of a pioneering Ryegate-area ranching family, Montana is considering the purchase of a new wildlife management area. …

Money for the land would come from $9.5 million in settlement funds paid by the ExxonMobil Pipeline Co. to the state of Montana following the 2011 Yellowstone River oil spill near Laurel.

A Bozeman-based group has proposed wilderness designation for about 800,000 acres in the Custer Gallatin National Forest stretching from the W… 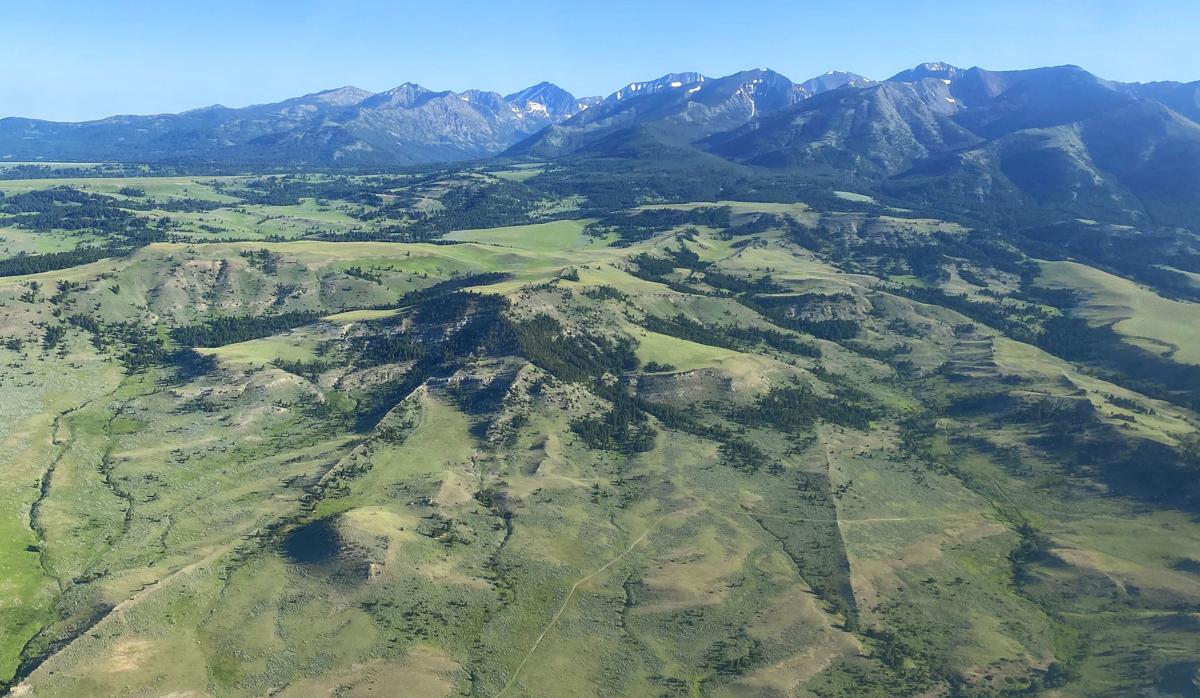 A portion of the Custer Gallatin National Forest would be consolidated under a proposed land exchange with two adjoining ranch owners. 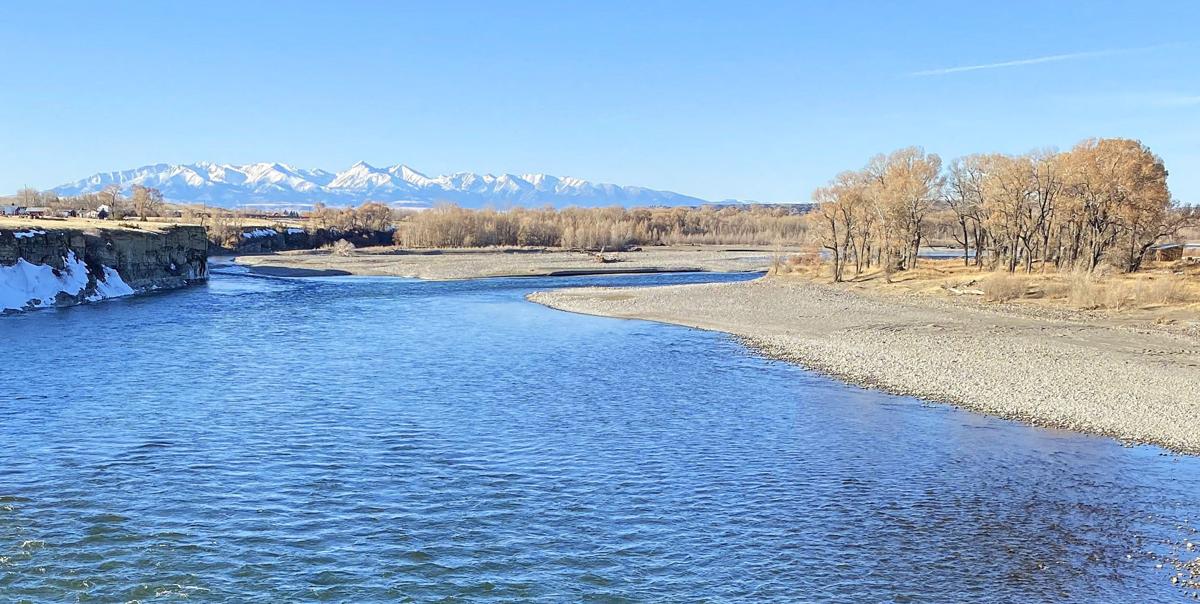 The Yellowstone River east of Big Timber provides a foreground for the Crazy Mountains. The Crazies are called an island range because they rise above the plains unattached to a larger mountain range. 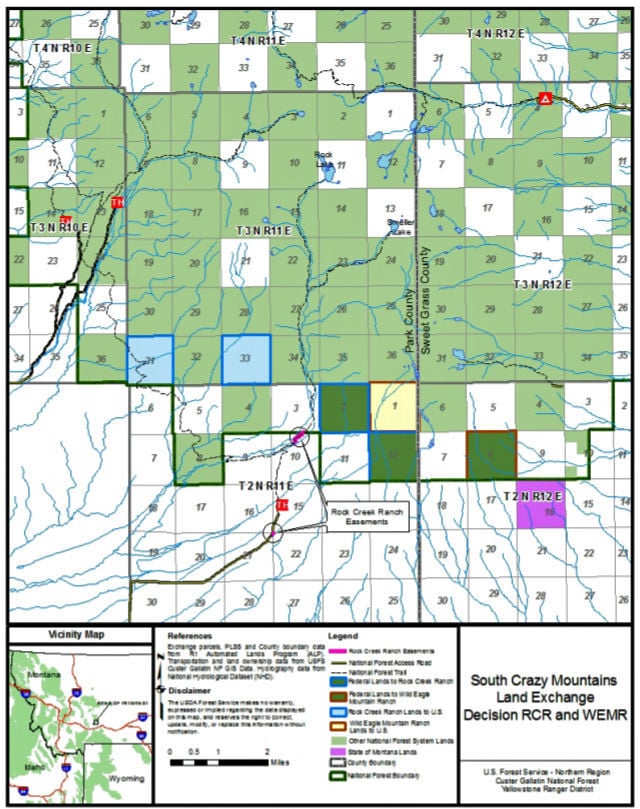 This map shows the parcels that are proposed for exchange.