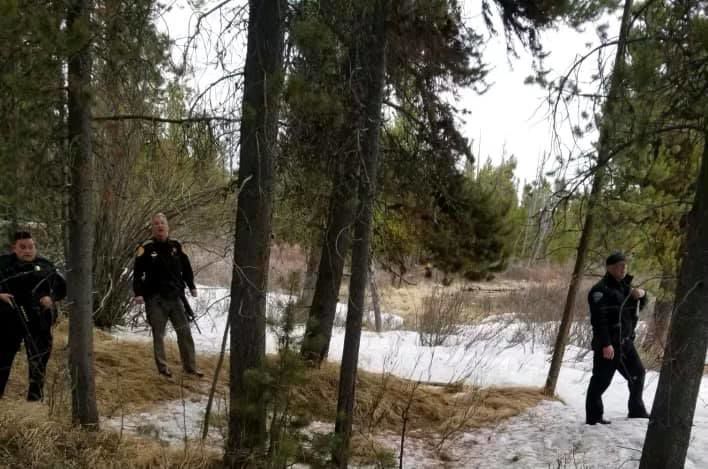 First responders at the scene of a grizzly bear attack near the Bakers Hole campground. 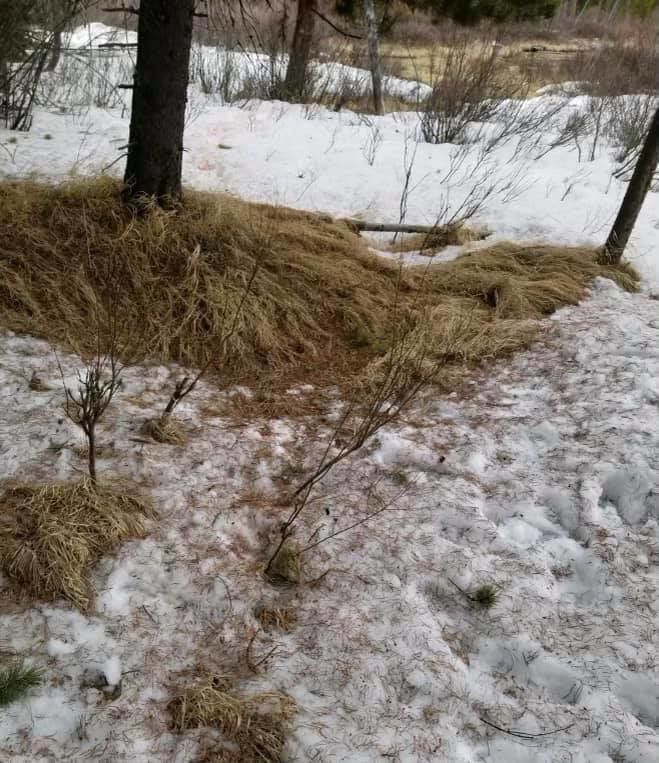 The scene of a grizzly bear attack near the Bakers Hole campground.

A grizzly bear was killed Friday as Montana Fish, Wildlife and Parks staff investigated the scene where a West Yellowstone man was mauled by a bear Thursday.

The mauling and bear killing happened near the Baker's Hole campground, about three miles north of West Yellowstone, FWP said in a press release late Friday.

The 40-year-old man was hospitalized in Idaho to be treated for "significant scalp and facial injuries," according to a Gallatin County Sheriff Search and Rescue Facebook post.

FWP staff have not yet been able to talk with the man, who was alone during the bear encounter. The man had bear spray with him, but it’s unclear whether he was able to deploy it during the attack.

The man suffered "severe injuries," and is in serious condition, according to Friday's press release.

A group of seven investigators, including FWP game wardens and bear specialists, as well as Forest Service personnel, revisited the site of the mauling Friday to assess ongoing public safety risks and continue the investigation, the press release stated.

The investigators yelled and made continuous noise as they walked toward the site to haze away any bears in the area. Before they reached the site, a bear began charging the group. Despite multiple attempts by all seven people to haze away the bear, it continued its charge. Due to this immediate safety risk, the press release stated, the bear was shot and died about 20 yards from the group. The bear was an older-age male grizzly.

Investigators later found a moose carcass cached within 50 yards of Thursday’s attack. This indicates the bear was defending a food source during the attack, according to FWP.

FWP did not have an estimated time for when the mauling occurred, but the agencies were paged about the incident at 3:42 p.m. Thursday, according to the Search and Rescue post.

The man was found after a roughly 50 minute off-trail search and had to be tobogganed out of the snow-covered forest behind a snowmobile to reach an awaiting ambulance, according to the Search and Rescue.

The incident led to an emergency public safety closure for part of the Custer Gallatin National Forest.

The closure includes all forest lands on the east side of Highway 191 from the boundary with the town of West Yellowstone to Transfer Station Road #6794. The area closure is bounded on the east by Yellowstone National Park. The area is closed to all human entry and includes the popular Boundary Trail and Bakers Hole Campground. The campground opens to the public on May 1.

FWP will continue to monitor bear activity in the area.

The area closure will remain in effect until investigators determine it is safe to re-open.

"Bears are certainly active this time of year," he said. "Coming out of hibernation they're resuming their quest for calories. Carcasses of winter-killed animals are very, very popular food source for bears this time of year, and really they're just moving around to start consuming calories again."

As bears become more active this spring, people are urged to remember to carry bear spray and have it readily accessible, hike or travel during daylight hours, travel in groups if possible, make lots of noise and stay alert for signs of bears in the area. Anyone who encounters a bear should not approach it.

This is not the earliest that a bear encounter has occurred in Montana. In 2019 a 17-year-old male who was antler hunting near Ennis was knocked down by what was believed to be a grizzly. The teen was able to use his bear spray to scare off the bear and suffered only minor injuries.

Zach Turnbull could barely make out the emaciated grizzly bear’s inside-lip tattoo, and when he did decipher the digits — 168 — they just didn’t seem right.

After back-to-back grizzly bear attacks last week in the Gravelly Mountains, a wildlife official said that an Ohio archery hunter survived an …

Another hunter attacked by grizzly bear in Gravelly Mountains

After back-to-back grizzly bear attacks last week in the Gravelly Mountains, wildlife officials on Tuesday said that another individual surviv…

Man mauled by grizzly bear near West Yellowstone has died

The 40-year-old man who was mauled by a grizzly bear near a campground north of West Yellowstone last week has died.

Resting with his back against a tree, a bloodied and dazed Carl Mock called 911 after being severely mauled by a 410-pound male grizzly bear o…

A 39-year-old man was injured by a grizzly bear Friday morning while hiking on the Beaver Ponds Trail at Mammoth Hot Springs, according to a Y…

The incident took place in the north end of the park between Norris Junction and Swan Lake Flat, according to the Park Service.

First responders at the scene of a grizzly bear attack near the Bakers Hole campground.

The scene of a grizzly bear attack near the Bakers Hole campground.