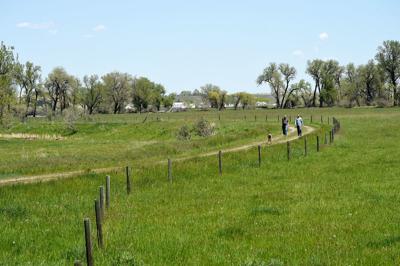 For 139 years John Dover and his descendants worked to divert the Yellowstone River and keep it from flooding 288 acres of bottomland east of Billings — a truly pioneering struggle.

Dover settled on the land in 1882, eventually building dikes to create fertile irrigated farmland below sun-scorched sandstone bluffs. To wrestle the land from the river, he once spent an entire winter drilling holes in one of those bluffs. Packing the holes with black powder, he set off an explosion that dropped tons of rock into the Yellowstone River, diverting its flow away from the lowlands.

Before Dover redirected the Yellowstone River, the island split the stream’s flow, making it difficult for steamboats to navigate upstream. Consequently, in the 1870s steamboats tied up below the island at what was called Tracy’s Landing to unload passengers and cargo.

“We're a lot like Holland here,” Jim Sindelar, Dover’s grandson, told a reporter in 1996, with dikes and canals crisscrossing the property to keep the river out while letting irrigation water in.

Someday soon, the century of work keeping the river at bay will end. The Yellowstone River Parks Association is finalizing funding to purchase the historic farm. After that, members of the group are hopeful the river reclaims portions of the property so it once again becomes a more natural ecosystem.

“We want all of the hay meadows to return to a cottonwood forest, let all this stuff come back naturally,” said Darryl Wilson, president of YRPA, during a recent tour of the property.

Cottonwood regeneration is one of the goals of the Natural Resource Damage Program, which has approved a $618,000 grant to YRPA to help fund the land purchase. The funds come from a $2.2 million settlement the state of Montana negotiated with ExxonMobil Pipeline Co. over its 2011 oil pipeline spill in the Yellowstone River at Laurel. The NRDP is administered by the Montana Department of Justice.

Although the grant was approved by previous Gov. Steve Bullock, the final paperwork is awaiting the signature of the state’s new Gov. Greg Gianforte. His press secretary, Brooke Stroyke, said in an email, “The governor’s office is currently reviewing the project,” but offered no indication on when a decision might be forthcoming.

Alicia Stickney, environmental science specialist for the NRDP, said the Dover Island grant would be the largest issued from the settlement. Trail work at Riverfront Park in Billings received $425,000. All of the settlement funds have been allocated, including another $150,000 that would go to a fishing access site at Dover Island.

“It’s a great, positive, wonderful project for Billings,” she said. “And it meets our restoration plan goals.”

Since the grant comprises such a large part of the Dover Island project, some of the people involved are worried about the delay. An environmental assessment would be the next step for the NRDP should Gianforte approve the project.

“The bottom line is, we’re in communication with the governor’s office, and we haven’t heard from them yet,” Stickney said. “We have to wait for the approval of the governor.”

YRPA will have to raise the rest of the money for the $1.26 million purchase price. The Montana Fish & Wildlife Conservation Trust and Phillips 66 have already agreed to donate $300,000, Wilson said. He expects another $600,000 will be needed to make improvements to the property, like restoring the 100-year-old Dover home, building a parking area and removing fences.

Virginia "Ginnie" Sindelar is matter-of-fact about the land sale to YRPA. Despite years of laboring to make a living on the farm, a place she and Jim raised a family, Ginnie said, “I’m thrilled. “That was Jim’s dream, but I got a lot of people mad at me for doing it.”

Jim’s vision was to protect the land from subdivision, hence the conservation easement placed on his farm and the donation of additional property to YRPA.

Someday Dover Island could be tied to Jim’s other conservation project, the John H. Dover Memorial Park. Located along the mouth of Five Mile Creek, the 142 acres were opened to the public in 2016. The park offers a trail system along the Yellowstone River, just upstream of the Sindelar farm.

In between, the new Billings Bypass Highway Project is being constructed to connect Lockwood to the Billings Heights. North of the highway is a sand and gravel operation that YRPA has suggested could one day house an 85-acre public lake. The gravel pit shares a border with the Sindelar farm.

Wilson has worked on the Dover Island deal off and on for four years. Eventually, he’d like to see the property used for educational classes. It will also remain home to a variety of wildlife, from herds of whitetail deer to waterfowl, pheasants, foxes and skunks.

“Our property truly is going to be a trailhead to Billings,” he said.

Virginia “Ginnie” Sindelar still lives on the Dover Island farm where her husband, Jim, was raised. Her home is surrounded by a manicured lawn that she was tending on an 80-degree day.

“Where’s your rake?” she jokingly asked friend Daryl Wilson as she paused from sweeping up pine needles next to the old Dover home.

She and Jim moved to the property 58 years ago. “We came down to a mess, and it’s still in a mess,” she said.

Ginnie then recounted how her marriage to Jim in 1955 became so complicated. He was stationed in Pensacola, Florida, as a U.S. Navy pilot. After canceling their ceremony once, he ended up driving back to Montana the second time because his airline flight was canceled, she said.

Even after that great effort, their plans were nearly unhitched when Jim bought the marriage license in Yellowstone County, although the wedding was taking place in Ginnie’s hometown of Hardin, in Big Horn County. A last-minute scramble ensured the license was for the right county, although contingency plans of performing the ceremony a second time at the Fly Inn, between Hardin and Billings, was in the works.

Life on the farm just east of Billings was a lot of effort for the pioneers and its descendants. Jim was a tireless worker, his wife boasted.

“Many a night in the summer he never went to bed,” she said, in order to monitor the farm's irrigation.

Likewise, he once joked the only way to get her to stop working was to knock her out, she added.

Unfortunately, Jim suffered a stroke four days after retiring and selling off his cattle about nine years ago. Brain damage caused by the stroke contributed to a slow decline in his health. Ginnie tried to nurse him at home, even sleeping next to him downstairs in a recliner, or cuddling with him when he would fall and she couldn’t get him up off the floor. One time she dragged him out of the ditch next to their house by working a rug under him and pulling. Her voice choked with emotion noting that after four years, she had to admit she could no longer take care of him.

Supporter of bill to aid Dover Park: 'This project is the most amazing project I’ve ever seen'

John H. Dover Memorial Park had an auspicious grand opening on July 23. It was gratifying to see people out enjoying a park that a handful of …

Saturday will mark a trifecta of celebrations for Earl Guss, and ultimately for Billings.

Bridge over Yellowstone River would end in proposed regional park

Several local trail programs were among the 42 organizations receiving grants in the recent round of Montana Fish, Wildlife & Parks federa…

The funding comes from a $2.2 million settlement the state of Montana negotiated with ExxonMobil Pipeline Co. over its 2011 oil pipeline spill in the Yellowstone River at Laurel.

As elementary students walked up the hills behind the Lockwood Schools campus Thursday to commemorate the final day of spring classes, a newly… 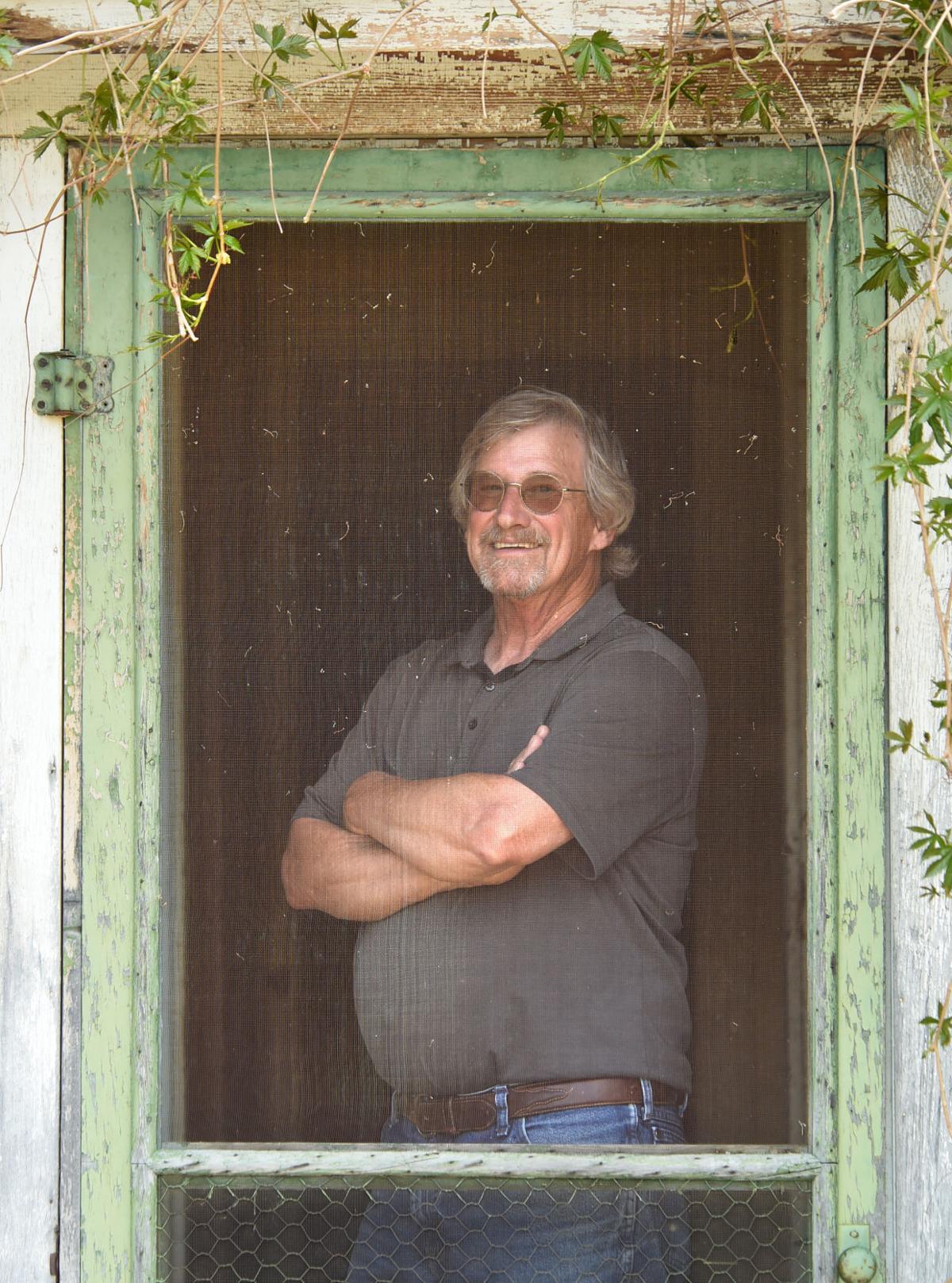 YRPA President Darryl Wilson is shown in the 1880s home on the Dover Ranch. 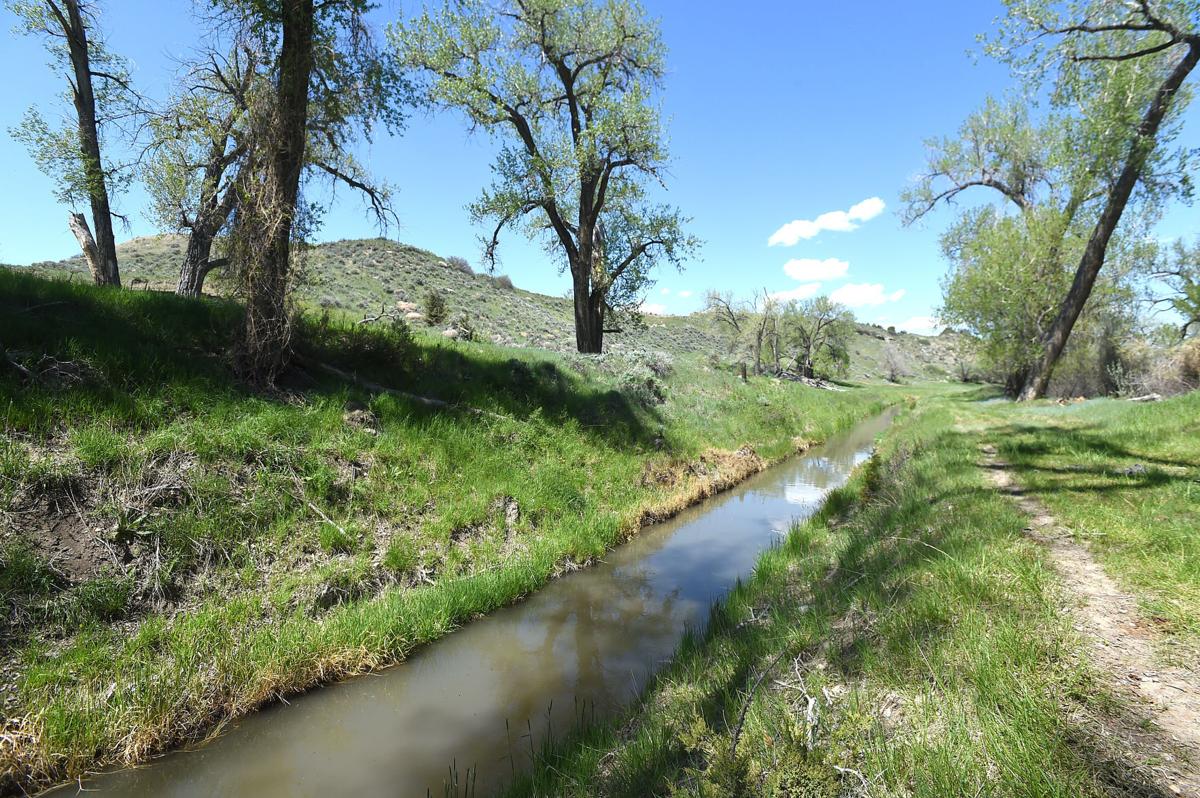 The McGirl Ditch runs through the Dover Island property, which is being purchased by the Yellowstone River Parks Association. 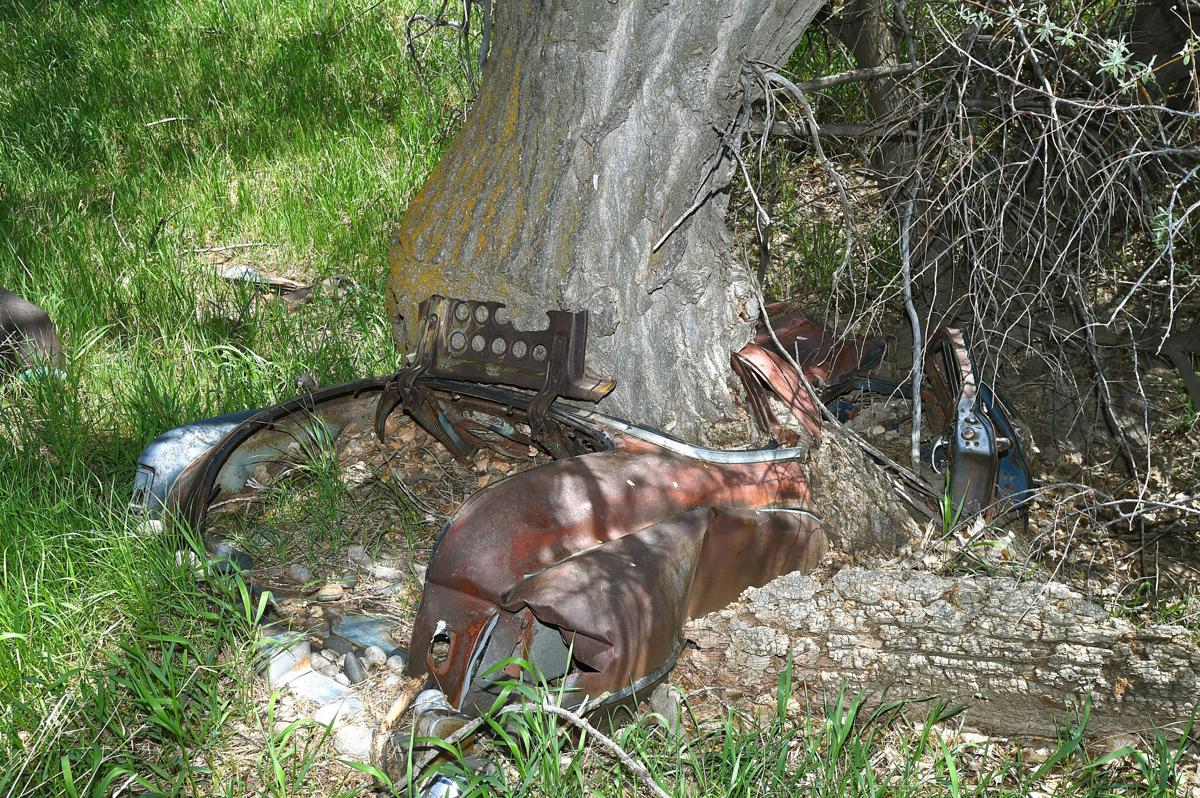 A cottonwood tree grows through a car used as riprap on Dover Island. 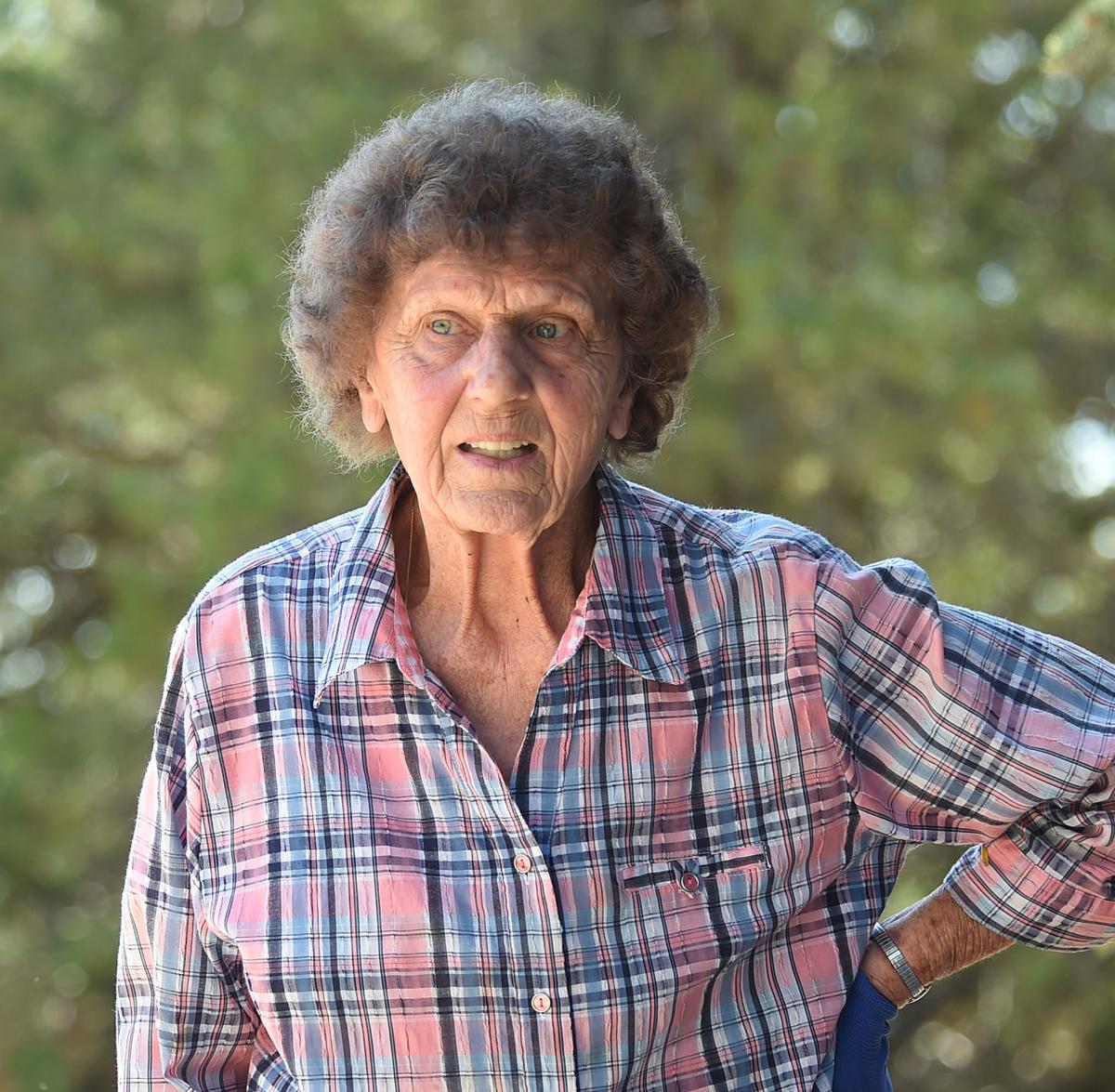 Ginnie Sindelar talks about her life on Dover Island. 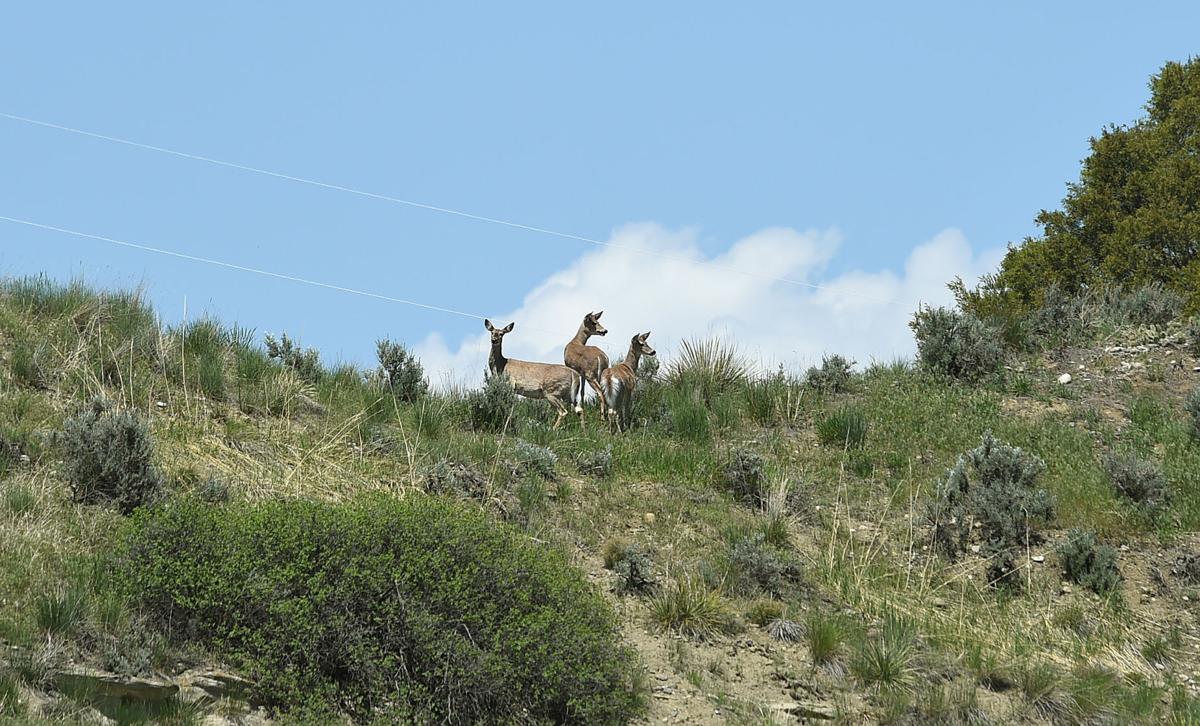 Whitetail deer watch from a ridge overlooking the Dover Ranch. 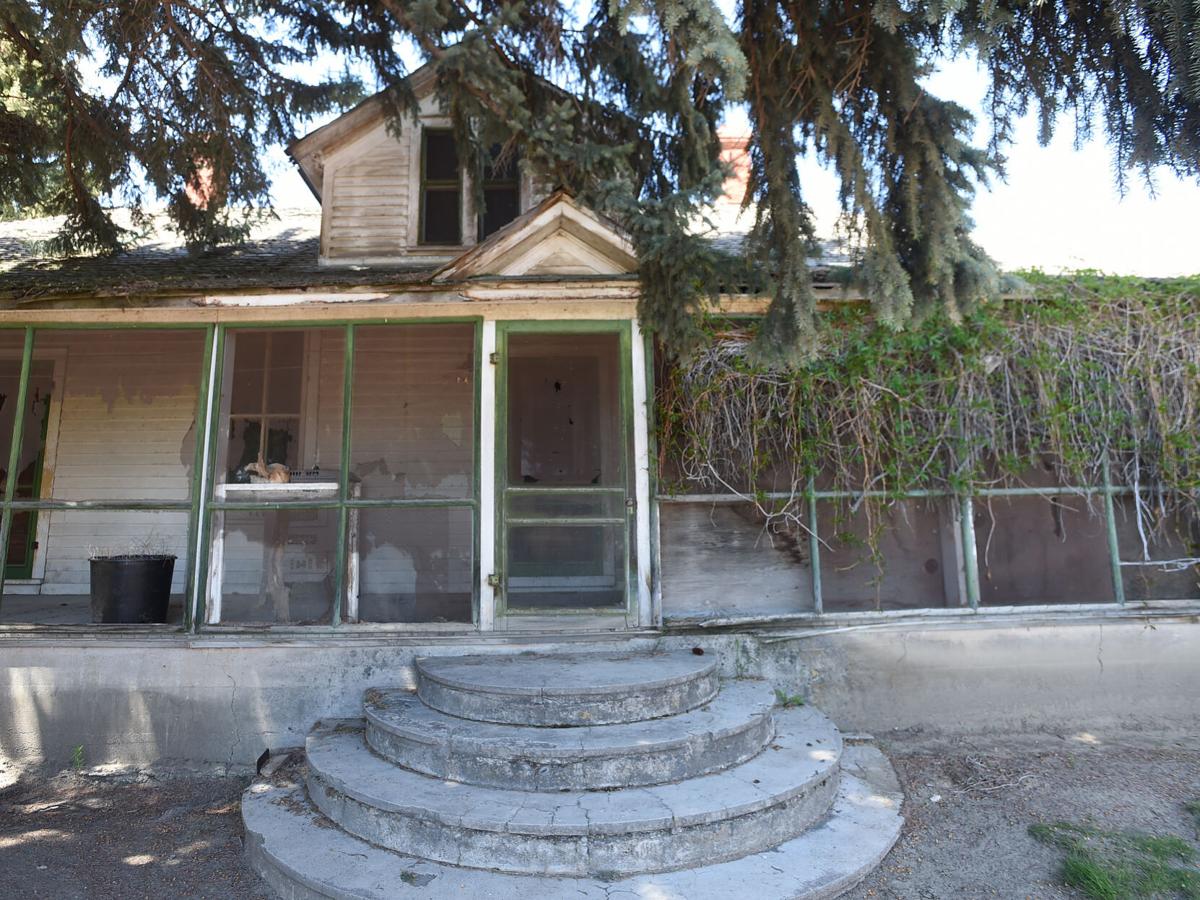 An 1880s home on the Dover Ranch would be fixed up for use by the Yellowstone River Parks Association. 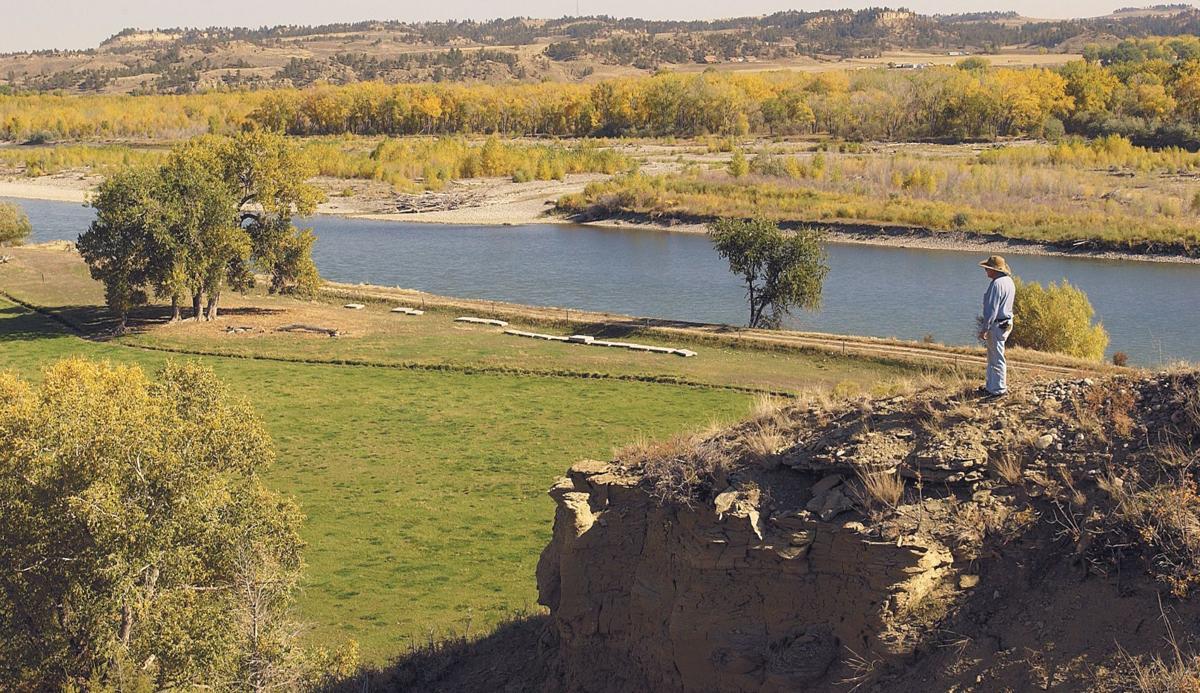 Jim Sindelar stands on a point overlooking his property between Billings and Shepherd in 2004. Sindelar donated property to create the John H. Dover Memorial Park. 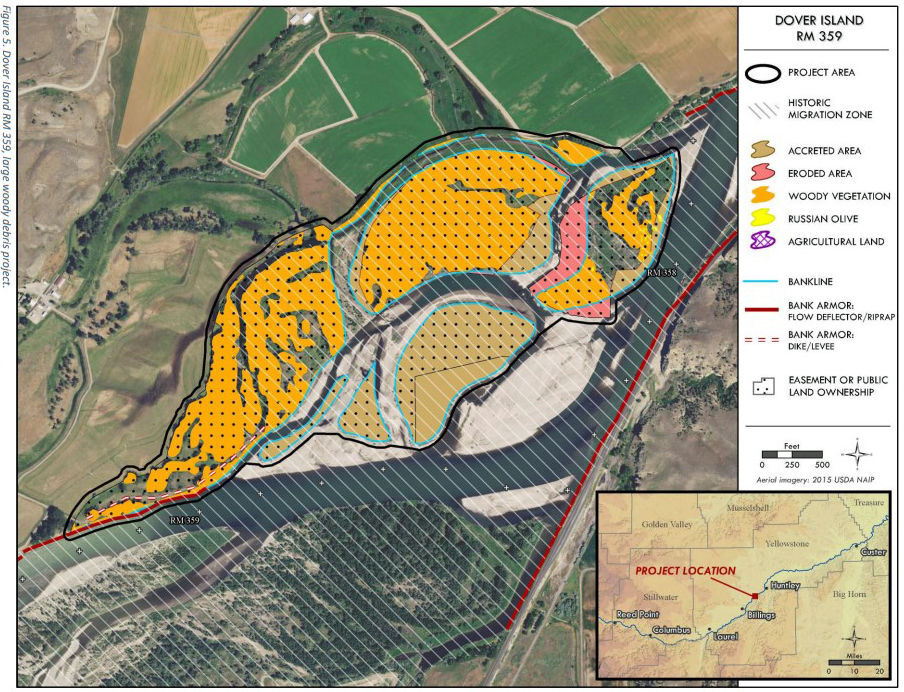 This map was used by the Natural Resource Damage Program to assess Dover Island's cottonwoods.