“The old idea that animals can’t make tools ... let’s see you build a nest with your lips,” he said.

People who pooh-pooh birds as not very smart, are missing out on the animals' many adaptations to specialized tasks and feats, Murphy said.

“They do all kinds of amazing things we can’t do,” he noted, such as raptors that can see the ultraviolet reflections of mice urine in order to track them down.

This summer, in an homage to birds and to open people’s minds to the creatures, Murphy released a book into which he put decades of his avian photography from around the world — “Birds: Masters of the Air, Land & Water” — published by Livingston’s own Crystal Creek Press.

Because the book is so large, 11.5-inches wide by 13-inches long and an inch thick, Murphy joked that he toyed with the idea of selling it with four little legs so it could double as an actual coffee table.

“If I would have had another six months, it probably would have another 100 pages,” Murphy said.

The 71-year-old Murphy may be best known for his photography work in Yellowstone National Park, an area he came to love after a 1975 excursion. That was when he hiked from Yellowstone Lake to Cooke City via the remote Pelican Valley. He covered the roughly 60 miles in five days, seeing only four people along the way.

At the time, he was told by the Park Service that he had scored the last available campsite in the backcountry, where a permit is required.

Considering how few people he saw when the backcountry was “full,” Murphy decided it was his kind of place and relocated from his family’s South Dakota ranch. Ten years later he acquired the first permit for leading photography tours in Yellowstone, and since then has been paid to visit a place he loves.

“It seems like a pretty good racket,” he joked.

The new book took off after Murphy began visiting a bald eagle nest located along Minnesota’s St. Croix River in 2015, just outside the Andersen Corp.’s window factory. In a stand erected atop one of the window company’s buildings, he would sit for a week at a time, over the course of three years, to capture the birds’ and their chicks’ behavior in a nearby nest.

Previously, most of his photography of bald eagles consisted of shots of them in flight or diving down to catch fish. Watching the birds’ day-to-day behavior ignited Murphy’s curiosity and lit the fire for his latest book.

Appropriately, the cover shot of the book shows a bald eagle. Several pages in the back of the book exhibit some of Murphy’s shots from those tree stand stakeouts.

His advice to others who want to capture bird photos is to be outside early and late in the day and to learn the animal’s behavior. He shoots most of his photos with a 500 millimeter lens for the simple fact that he doesn’t like to carry around heavier, more expensive equipment.

One of the most interesting examples of unusual bird behavior took place when Murphy was walking down a street in his hometown of Livingston without his camera. A young magpie had been hit by a car and was lying smashed on the pavement.

About six magpies flew to the intersection, growing to about 20 as Murphy got closer. They were all chattering noisily and then, as if on cue, stopped and observed about two-and-a-half minutes of silence before flying off – a magpie memorial service.

“That’s not normal,” he said. “They’ll argue with an empty room.”

Magpies and chickadees are two of Murphy’s favorite birds. The magpies’ varied vocalizations impresses him, along with their cunning ability to hide things.

Likewise, Murphy is impressed by the chickadee’s ability to find stashes of food they leave cached in different places.

Murphy buys large sacks of dog food he softens in water and feeds to the magpies in his yard, prompting odd looks from strangers at the store who ask what kind of dog he has.

Murphy has traveled the world as a photographer, outdoorsman and explorer. So the book also includes a variety of species, from east African Bateleur eagles to Falkland Island blue-eyed shags. In addition, there are close-up shots of feet, beaks, feathers and wings highlighting the variety of bird coloration and plumed finery.

The first chapter of the book is dedicated to feathers, as Murphy sees this feature as the one that distinguishes birds the most from other animals.

“What makes a bird a bird basically comes down to feathers,” he wrote. “That’s what makes them the most unique.”

The feathers he photographs up close sometimes come from birds he’s collected after finding them dead along roadways.

The method is less deadly than his well-known bird-loving predecessors, John James Audubon and Elliott Ladd Coues, who shot birds to study and describe them.

“They didn’t have the advantage of photography,” Murphy noted.

“Since I was a small boy, a carefree time of my life when I really didn’t need a reason for anything, I have watched birds,” he wrote in Tom Murphy’s newest book, “Birds: Masters of the Air, Land & Water.” “It’s easy to do because they are around every day, unlike mammals, which is another big part of my life.”

Smith has worked with wolves for 40 years, but while attending the University of Idaho he took as many avian electives as possible.

“The feathered tribes offer a great way to connect with nature,” Smith wrote. “Birds just take you away.”

In 2008 he took over the Yellowstone Bird Program, keeping a riparian area monitoring project going that a graduate student had started. The survey added information to the park’s already existing Breeding Bird Survey, which was conducted along roads. Then Smith expanded the monitoring to other areas, included recently burned portions of the park, grasslands and old growth forests.

His essay reflects the many challenges Yellowstone’s birds have faced, from trumpeter swan cygnets being killed by bald eagles to osprey abandoning Yellowstone Lake after cutthroat trout populations declined.

Author and New York Times journalist Tim Robbins wrote the foreword to Murphy’s book. Murphy credits Robbins’ book, “The Wonder of Birds: What They Tell Us About Ourselves,” with inspiring him.

In his foreword, Robbins notes the importance of birds to different cultures, as well as their connection to dinosaurs and the mysteries of murmuration. Although some bird species are incredibly capable ground dwellers, fleet of foot and adept at climbing, Robbins said the mechanics of bird flight is “mind-bogglingly complex.”

“A bird can go from twenty miles an hour to zero and land on a branch that’s moving, all in a couple of seconds, the kind of flying humans can only dream about,” he wrote.

“In the end the most important role that birds may play is to show us humans who have lost our way a path back to a closer relationship with nature, one that doesn’t destroy it.”

After months of planning, training and preparation, Tom Murphy had to pull the plug this fall on what might have been the greatest journey of …

At an age when most people are considering retirement, 62-year-old Livingston photographer Tom Murphy is preparing to launch what may be the m…

In a season of record setting, Yellowstone National Park's August visitation was again a new high point in the park's history.

Wyoming to ask US to lift Yellowstone grizzly protections

Wyoming will ask the federal government to remove its protections for grizzly bears in the Yellowstone region and permit the region's three states to manage and potentially allow hunting of the big bruins in certain areas.

A Washington man has died in Yellowstone National Park and a search continues for his camping partner. 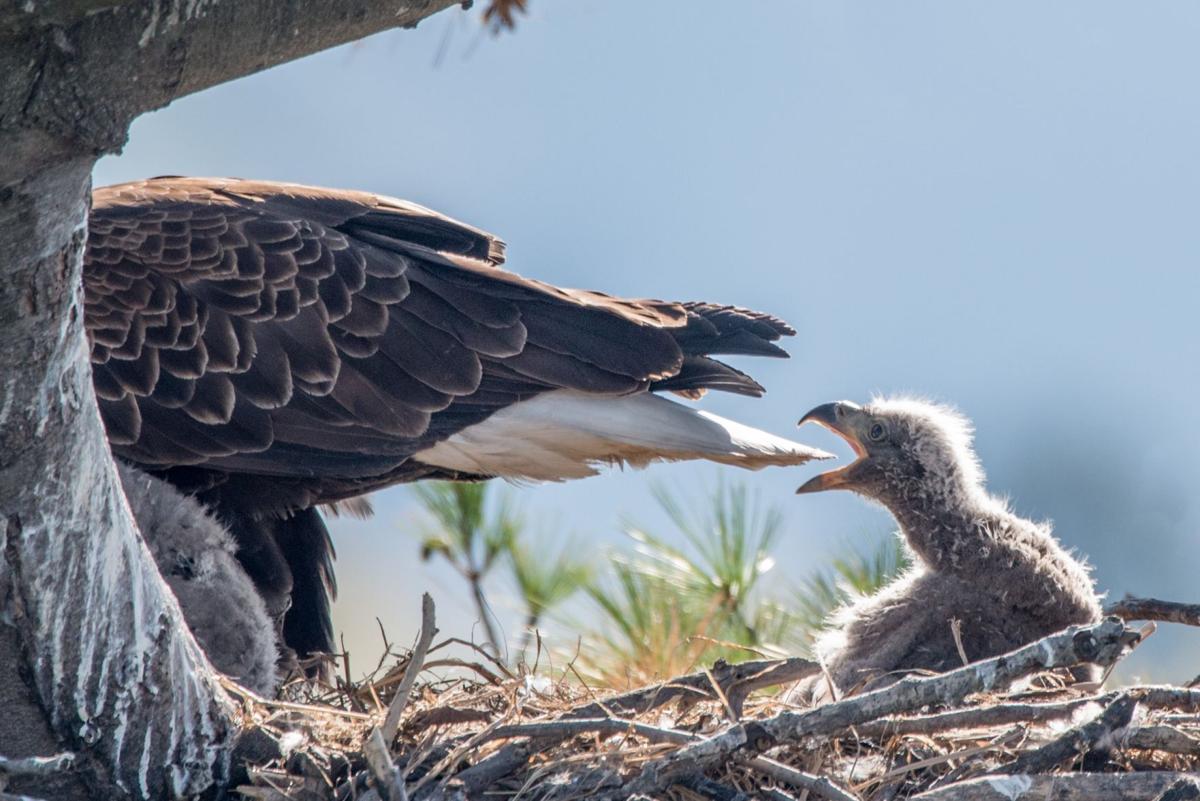 An eaglet ignored by its mother is photographed as it is about to bite its mother's tail feathers to get her attention. Taking pictures of eagles in Minnesota led to Livingston photographer Tom Murphy deciding to publish a book on birds. 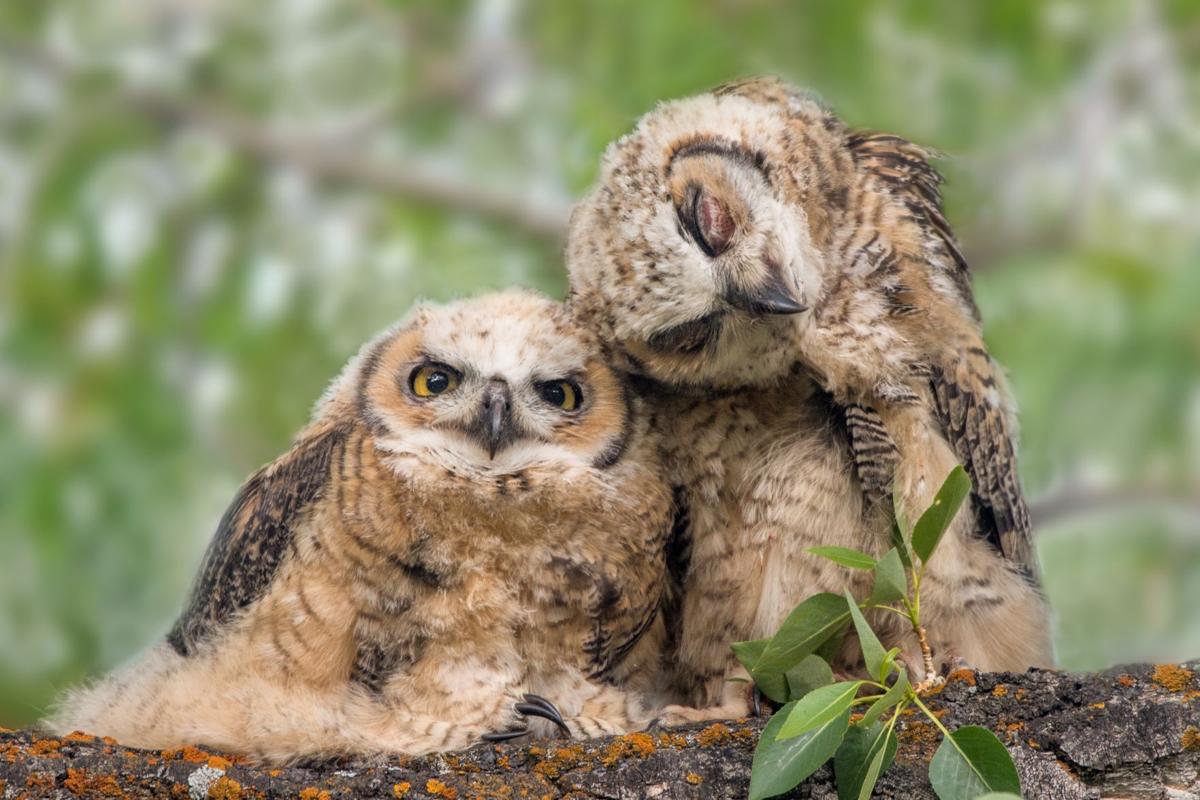 Two great horned owlets in Wyoming cuddle on a branch about a month after leaving their nest. 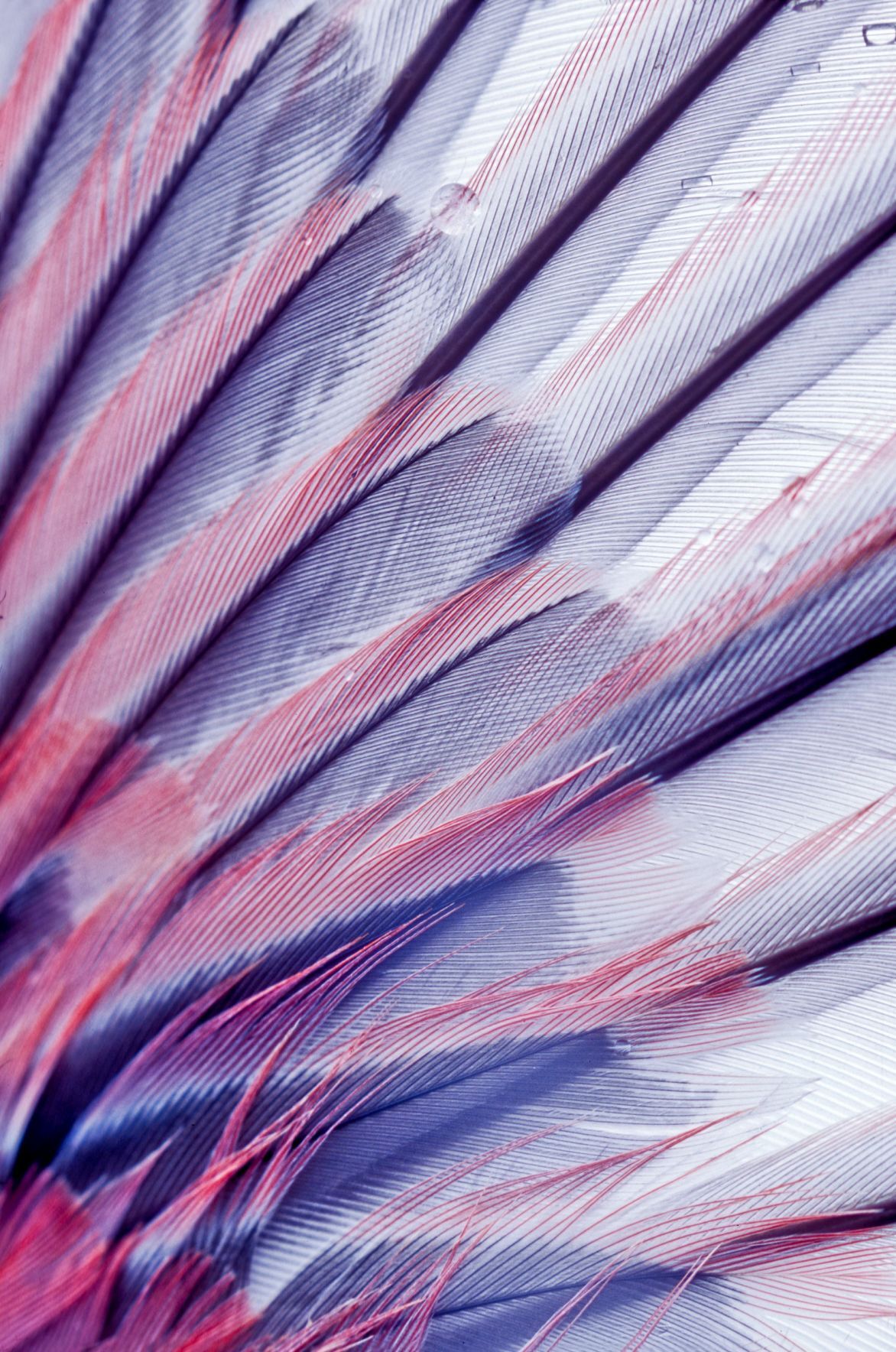 The variety of feathers birds grow serve functions as varied as flight, insulation and waterproofing. These feathers are from a black-chinned sparrow. 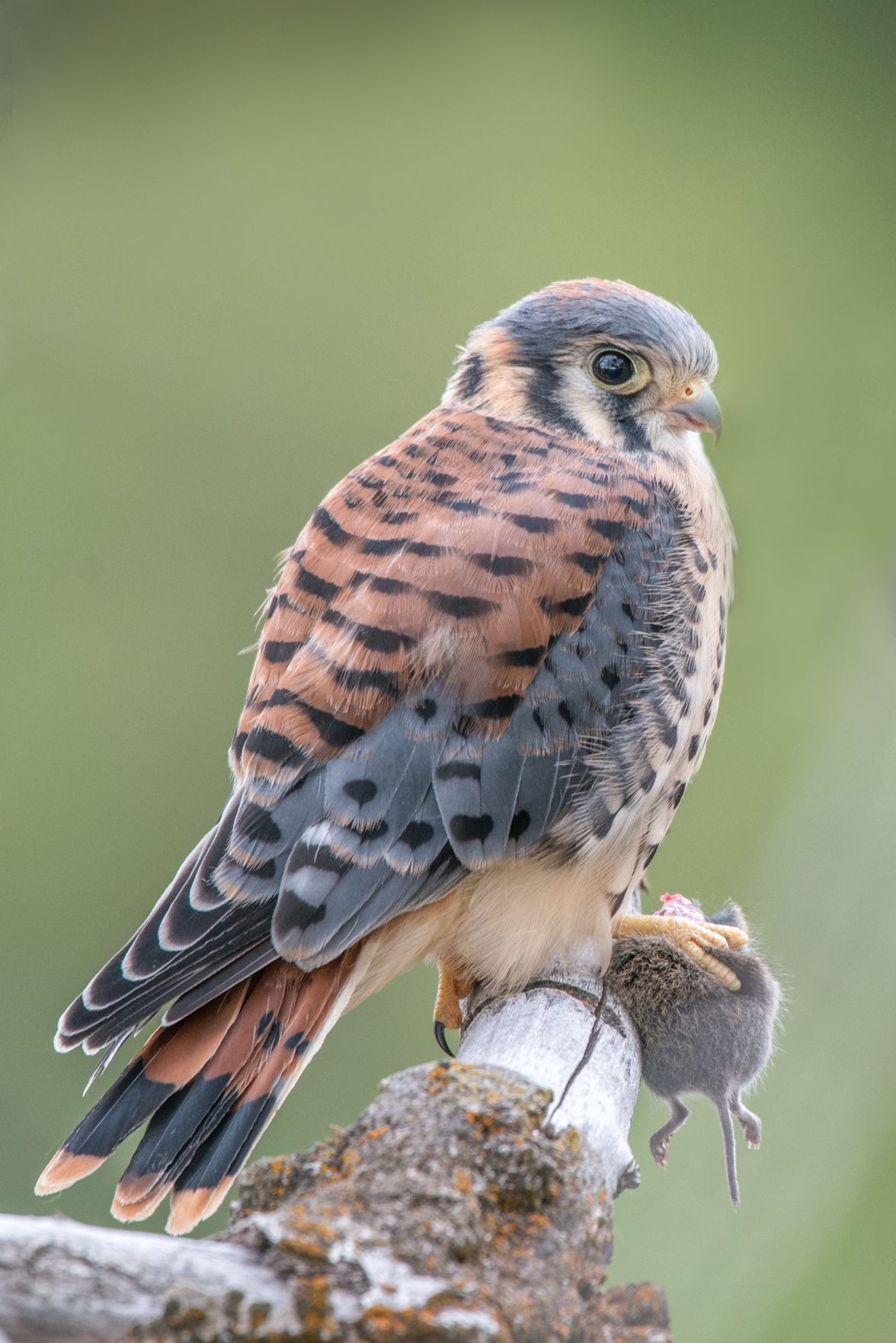 A male kestrel holds a mouse as it prepares to feed a nestling. This continues for about two months after the birds hatch. 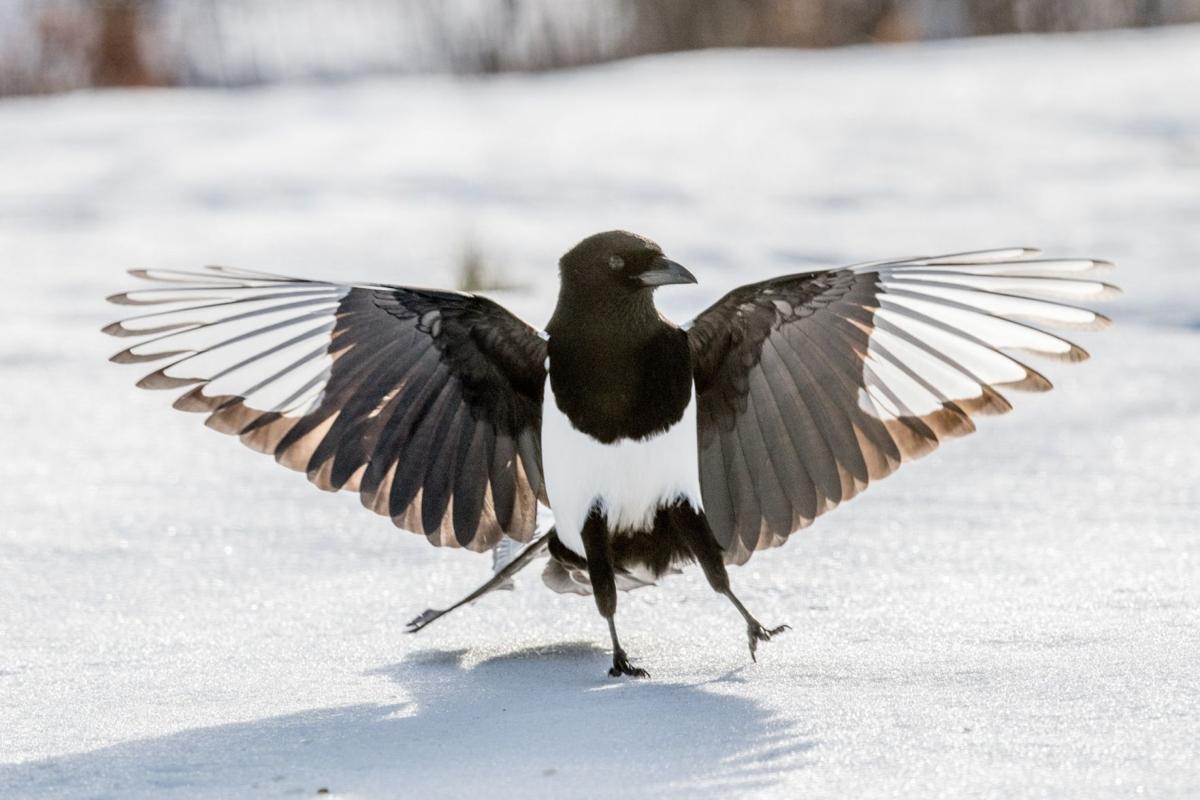 Magpies are one of Tom Murphy's favorite birds to watch and interact with at his home. The birds gather together in small groups called tidings. 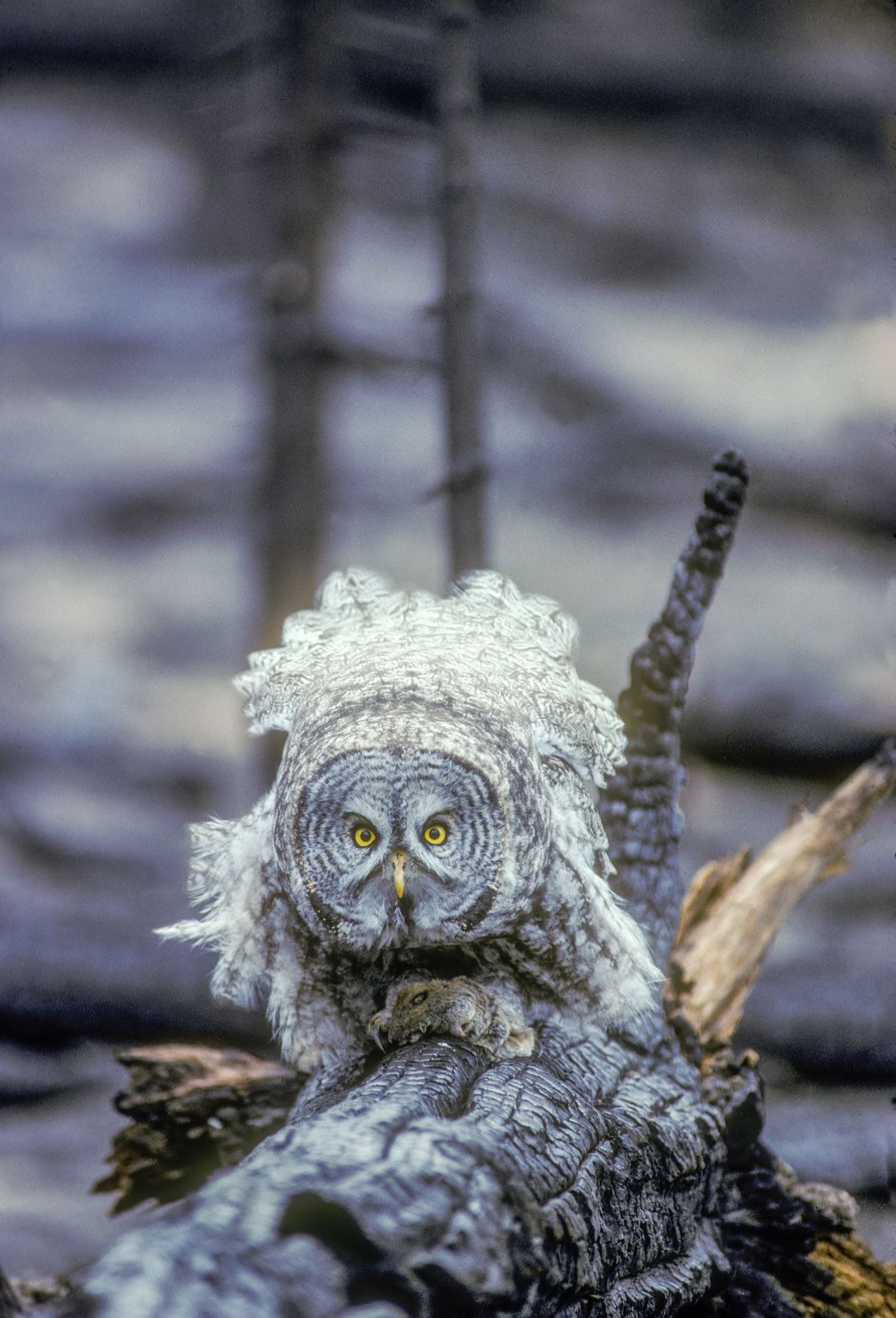 Great gray owls are the largest owls in North America and are common in woods near grassy meadows where they can hunt by sound.