It has been well documented that the interaction of ocean waves and the seabed causes seismic shaking that is recorded by seismometers around the world. This seismic energy is referred to as the earth's "microseism." Some people also refer to it as the earth's hum.

There are two ways that the ocean's waves cause seismic shaking:

The double frequency microseism can be due to two storm systems, and their associated wave trains, interacting in the open ocean, or caused by waves interacting with reflected waves near the coastline. Due to the size of the world's oceans and the costs of deploying ocean-bottom seismometers, there are very few observations of the source of the oceanic microseism.

Recently, it was documented that many lakes have their own microseism energy. Data was collected near lakes in Canada and China, the Great Lakes, and Yellowstone Lake. It was shown that the dominant period of the lake microseism is around one second (in other words, it takes about one second for two consecutive peaks of the seismic wave to pass). This is in direct contrast to the dominant periods of the oceanic microseism, which is about three to 20 seconds.

The University of Utah, in conjunction with the Woods Hole Oceanographic Institute and Yellowstone National Park, deployed 40 land seismometers around the main basin of Yellowstone Lake, four weather stations and two wave gauges in the summer of 2018. This deployment was in conjunction with the ongoing HD-YLAKE project that deployed 10 lake-bottom seismometers in the northern portion of the lake. The project was funded by the National Science Foundation.

There are two main goals of the project:

Although not a main goal of the project, we can also use the microseism energy to image the subsurface of Yellowstone Lake, which contains large lake-bottom geyser basins.

The seismic data show that the microseism energy produced by Yellowstone Lake is most likely the double-frequency type created by wave-wave interaction. It is still unclear where exactly the microseism is being produced in the lake or if the location varies with changing wind direction. When comparing a full day of seismic data from Stevenson Island to the wind speed as measured at the nearest weather station, there is a clear correlation between high wind speed and the generation of microseism energy.

Despite heavy snowfall over the past week, roads in Yellowstone National Park will begin to close to oversnow travel on Friday, March 1, as th…

Yellowstone Caldera Chronicles is a  written by scientists and collaborators of the Yellowstone Volcano Observatory.

Henry Wood Elliott was a dedicated conservationist and explorer who, in 1871, helped create the first bathymetric map of Yellowstone Lake. Unlike many of his contemporaries, however, he declined to leave his name on any feature in Yellowstone. Geologists now honor Elliott’s legacy by referring to a very large explosion crater beneath Yellowstone Lake as Elliott’s Crater.

Measuring the heat output of a hydrothermal area is not easy — but the floor of Yellowstone Lake provides a unique opportunity to assess heat flow in one of the most dynamic hydrothermal areas. 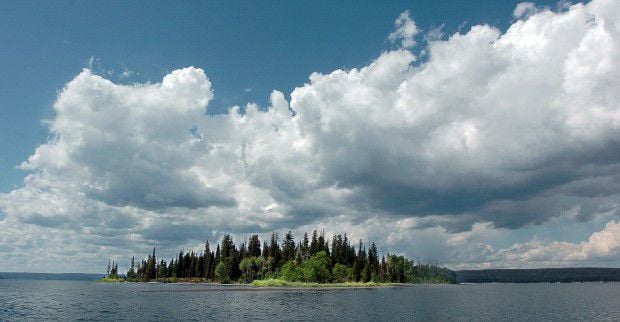 Research has shown that large, slow waves on Yellowstone Lake are being detected by seismic sensors because the huge volume of water slightly deforms the earth's crust. 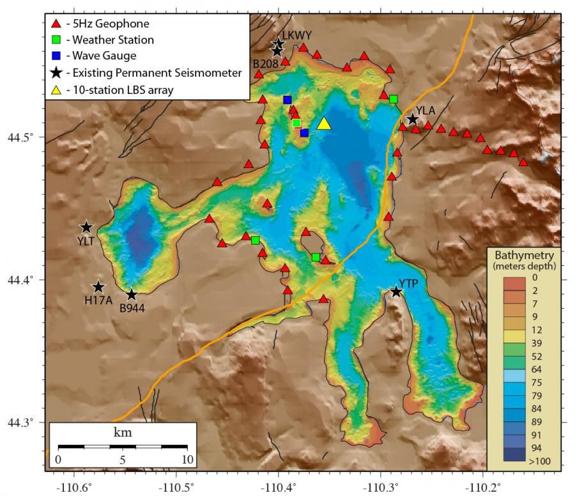 This map shows the deployment of instrumentation around Yellowstone Lake in 2018.