Dodgers vs. Rays: Updates from Game 1 of the World Series

The mountain town of Lincoln is at the heart of a new collaborative proposal from citizens and interest groups hoping to shape the future of land management and outdoor recreation.

The Lincoln Prosperity Proposal is the product of more than five years of meetings between conservationists, outfitters, outdoor recreation advocates, firefighters, timber interests and others. The proposal calls on Congress to set into law land management on 200,000 acres of Helena-Lewis and Clark National Forest, including 56,000 acres of new wilderness, 63,000 acres of conservation areas, nearly 70,000 acres of forest restoration areas for logging and fuels reduction, motorized recreation areas and new trails designed for mountain biking.

“The community came together and said, there might be some merit to doing something like this in Lincoln, and so the collaborative was formed,” said Lincoln outfitter Bill Cyr. “In the last few years we’ve been able to find some common ground because we felt like the status quo wasn’t working.

“I don’t want to divide the community, I want to be able to walk down Main Street, hold my head up high and know that we did this to make lives better and for the good of Lincoln.”

The catalyst for the group to begin meeting came in part during negotiations over the Rocky Mountain Front Heritage Act, which went into law in 2014. Initial inclusion of Lincoln-area lands riled some in the Upper Blackfoot Valley, but collaborators also recognized that working on land management in the area had value. They began meeting about once a month over the past five years, then taking their ideas to landowners and business owners who would be impacted if the proposal becomes law.

“It was a lot of hours to go out and have those conversations to inform them what we were doing and to get their input,” said Karyn Good with the Gehring Ranch and Upper Blackfoot Community Council. “Lincoln is different than places like Avon or Helmville that are more agricultural — Lincoln survives on those tourism dollars.”

Lincoln has seen swings in the economy with fluctuations in logging and mining, said Laurie Richards, owner of the Wheel Inn in Lincoln. Businesses have increasingly looked to new tourism opportunities to attract mountain biking and those hiking the Continental Divide National Scenic Trail to spend time and money in town.

The Lincoln Prosperity Proposal will hold a virtual open house on Monday, Oct. 19 starting at 5:30 p.m. To register, go to www.lincolnprosperity.com.

The group plans to hold additional open houses later this year and which will be announced on its website.

“Lincoln has seen its down times but I think it’s on the right path with this proposal, bringing in these trails,” she said. “We became a gateway community, and it’s just amazing how Lincoln is finally known.”

Boosting the local economy is a major factor behind the proposal. New trails would attract mountain bikers and encourage them to stay in town for a couple of days. Restoration areas will provide new sources of timber. And motorized users will see an organized trail system on former industrial timber lands.

“I think what became really clear is that it’d be impossible to do stewardship without recreation and vice versa," said Russ Ehnes with the Montana Trail Vehicle Riders Association. “Everybody that is involved in the Lincoln area should be able to look at this agreement and find something that makes their lives better.”

A highlight for mountain bikers would be development of an 18-mile, high-elevation trail, said nonmotorized advocate Eric Grove. After working for years in the Lincoln area, he said trails will be a boon but that the proposal also strikes a solid balance with land protections.

In many ways, the proposal is an effort to maintain current uses on the landscape, said Lincoln fire chief Zach Mues. The proposed Copper Bowls Winter Recreation Area is already a favorite of snowmobilers; additions to the Scapegoat Wilderness and new Nevada Mountain Wilderness are primitive and wild; and the Sandbar Creek and Bartlett Creek recreation areas are roaded due to past logging activity.

“This is solidifying what’s there and locking it into law,” Mues said. “Nobody wants to see our land destroyed, and this gives the Forest Service a few more tools to do their job. We’re trying to build something that in 100 years our grandkids will come here and see a healthy forest, trails and it’ll still be an enjoyable experience to be out here.”

Another motivation for the proposal has been frustration over the pace and process of Forest Service decisions, Mues said. While he and others believe the local district would like to push more projects forward, some have stalled due to litigation or been bogged down in process, he said. Putting land management decisions into law will relieve some of those roadblocks, Mues added.

Perhaps the hardest portion of the proposal to reach agreement on was creation of the 40,000-acre Nevada Mountain Wilderness Area — an area wilderness advocates have long pushed to permanently protect.

"This proposal would create a wilderness area that’s practically within view of Helena, boosting the quality of life in the capital and ensuring the Continental Divide remains an intact corridor for grizzlies, wolverines, Canada lynx and other wildlife,” said Zach Angstead with the Montana Wilderness Association.

Jordan Reeves, with the Wilderness Society, noted that individual projects must still go through environmental review and comply with laws such as the Endangered Species Act. The discussions have not always been easy, he said, but the collaborative is proud of the proposal it brought forward.

“The conversations have always had Lincoln at the center of it,” Reeves said. “The permanentness means something to this community and its long-term certainty.

“We’re going to continue to talk to more people but yes, there will be people that are philosophically opposed to things like more wilderness or logging. Our focus is to put our best proposal together and then to ask our delegation to carry it.” 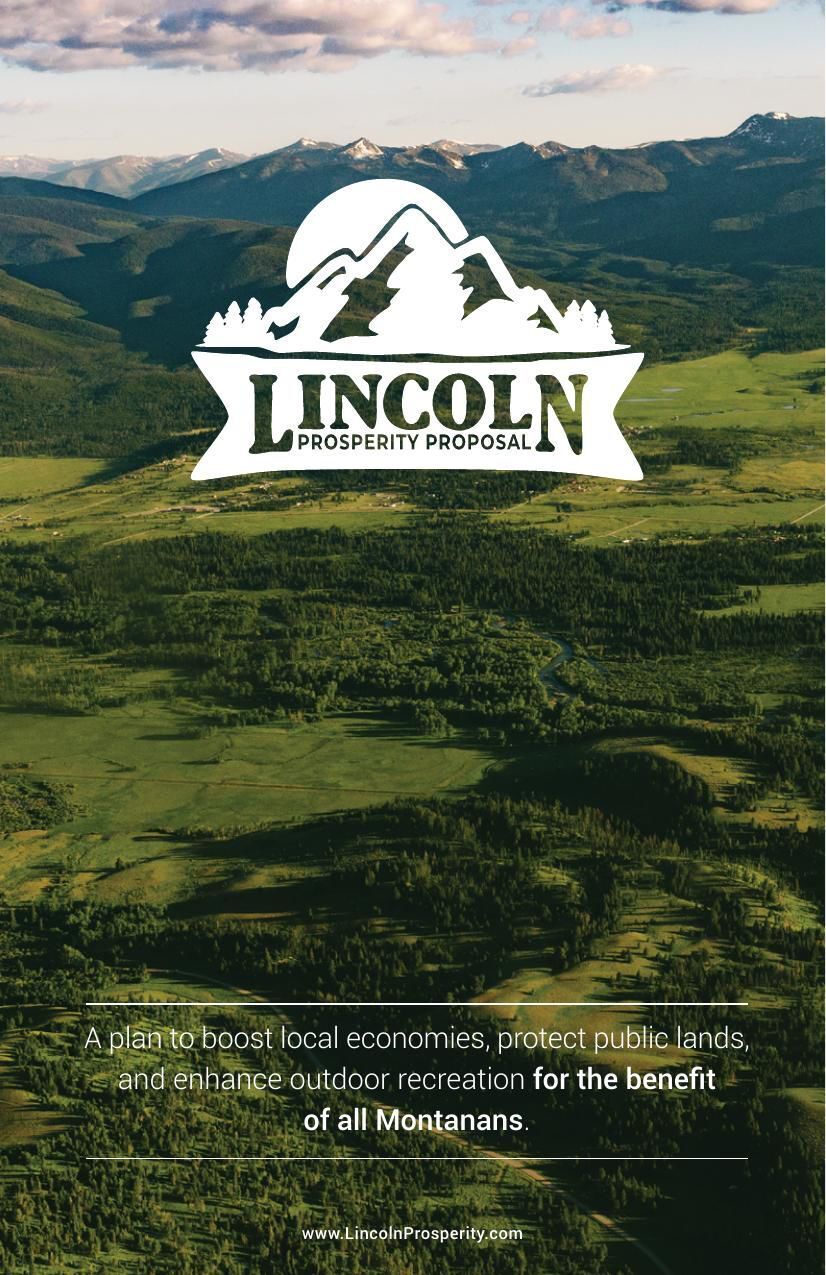 North Dakota's Game and Fish Department is offering license refunds to more than 9,000 deer hunters due to an outbreak of disease in western North Dakota.

A federal court invalidated major land-use plans in Montana. What could the decision mean for Wyoming?

The court decision could place similar public land management plans approved in Wyoming on the line.

Sports like ice skating and ice fishing may be harder to do in the future.

Recreation restrictions in the Bridger Mountains have been lifted after the Forest Service on Tuesday declared the Bridger Foothills fire, which started in early September, 100% contained. 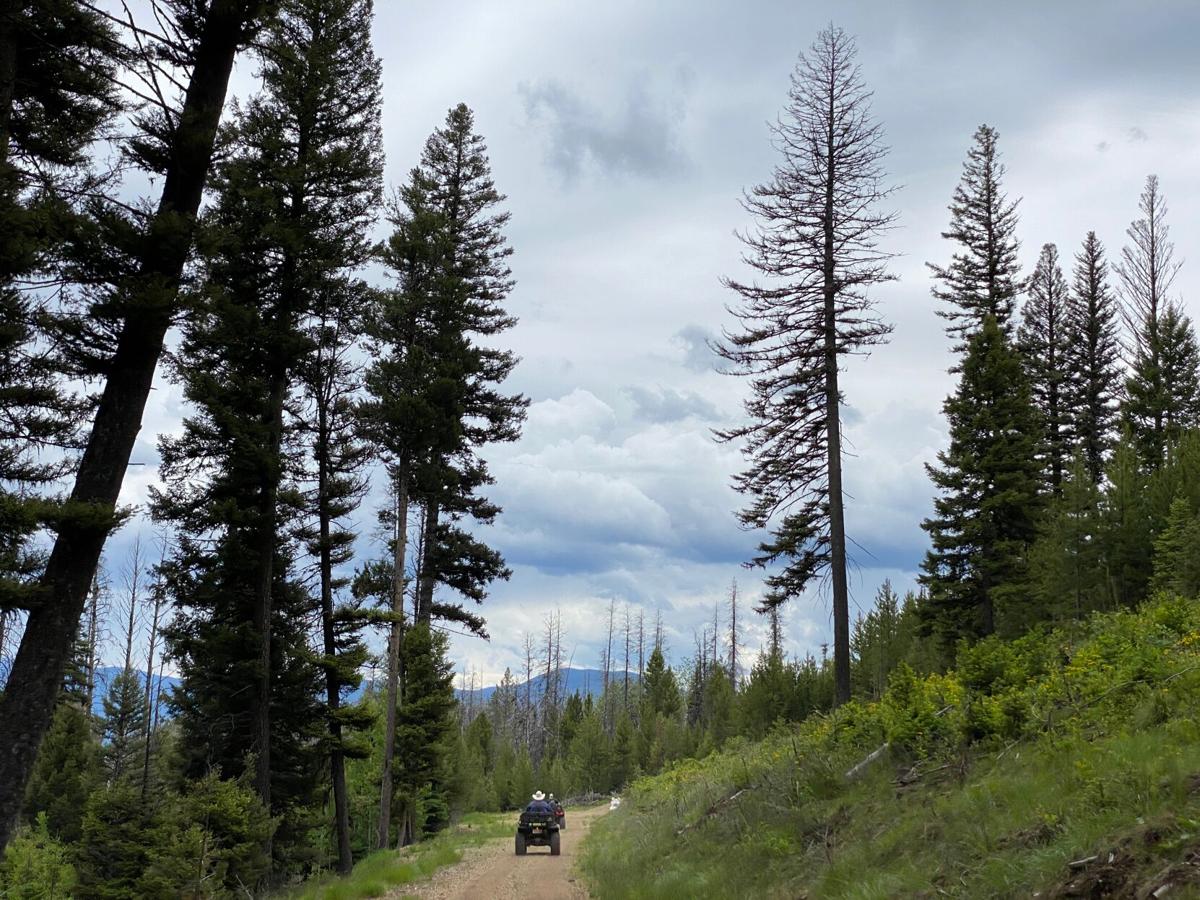 The Lincoln Prosperity Proposal would develop a 70-mile off-highway vehicle loop with the construction of 20 miles of new connector trails. 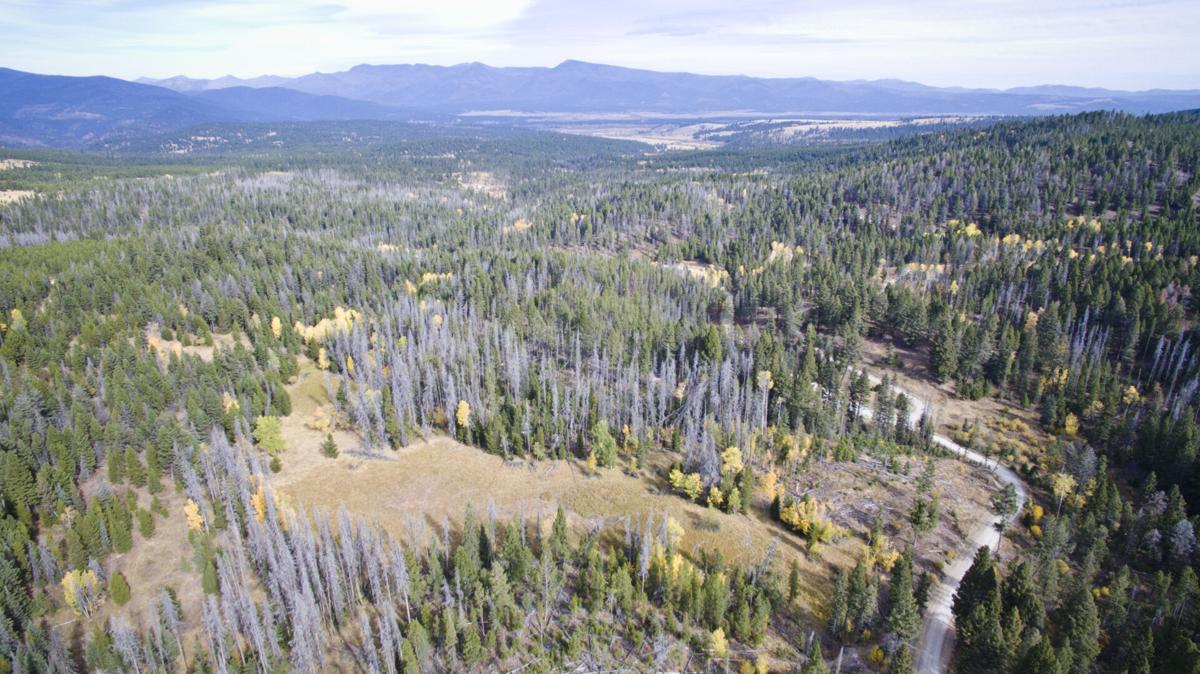 A proposal from a coalition of Lincoln residents and interest groups is seeking to provide a new management direction for 200,000 acres of public land around the mountain town. 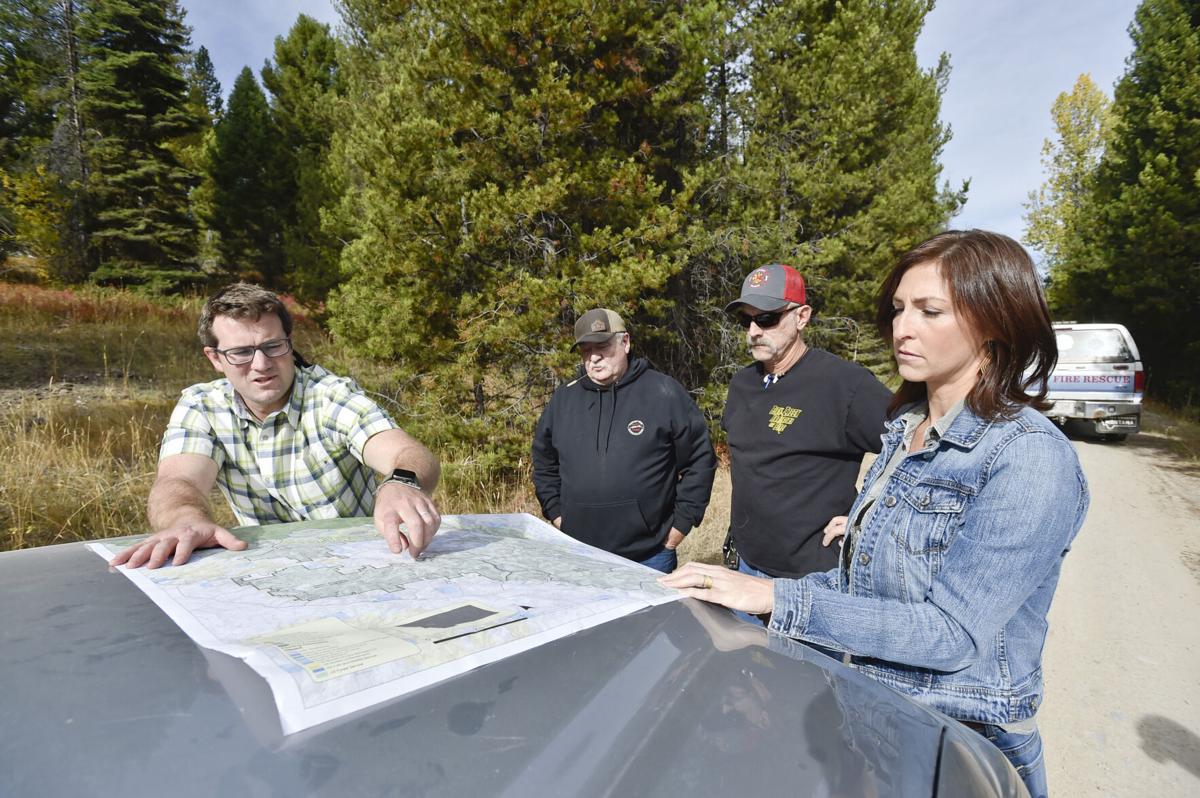 From left, Jordan Reeves, Bill Cyr, Zach Muse and Karyn Good huddle over a map and talk about the Lincoln Prosperity Proposal during a recent tour of the area outside Lincoln. 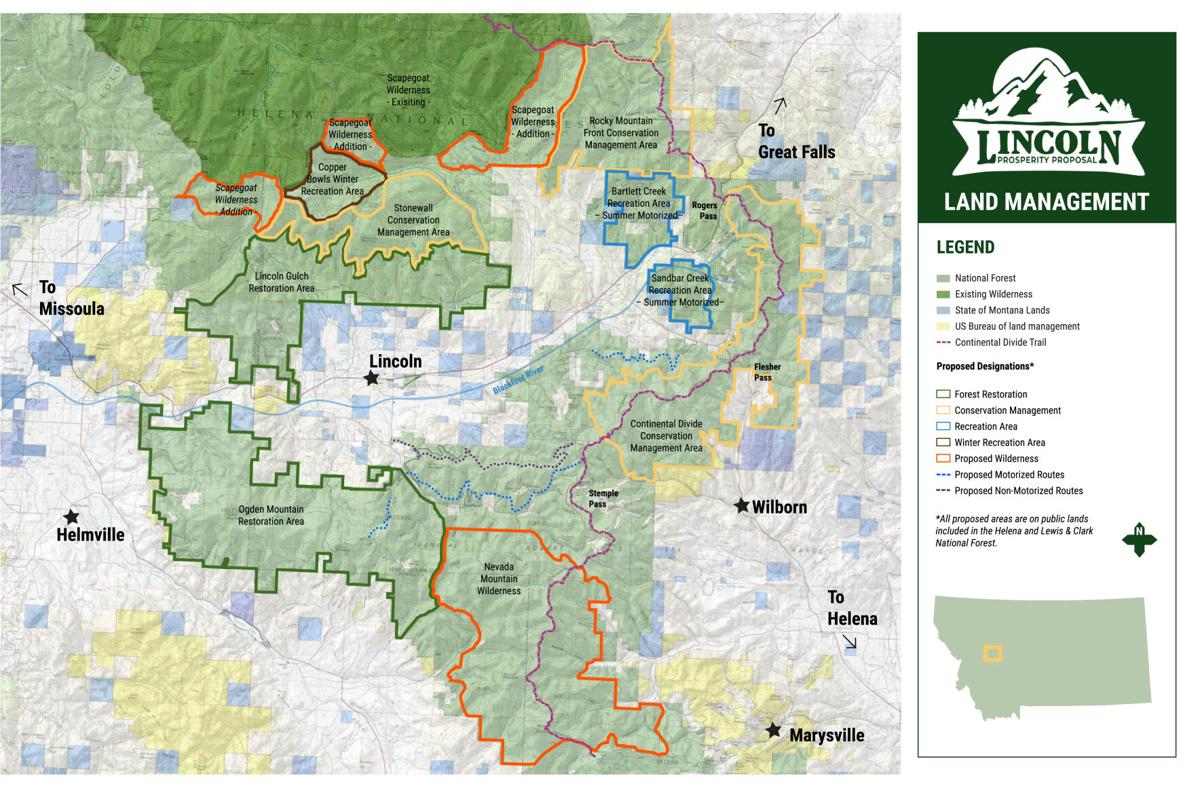 This map shows how different areas around Lincoln would be designated for different uses if the community's proposal was accepted.