A portion of the abandoned Oregon Short Line railroad will be resurrected to once again carry Yellowstone National Park-area tourists.

On Thursday the Custer Gallatin National Forest announced approval of a nine-mile section of nonmotorized multi-use path along the old rail bed between West Yellowstone and Reas Pass at the Montana-Idaho border.

“We'll do some pre-work this summer with staff, brushing it out,” said Jason Brey, ranger for the Hebgen Lake Ranger District. “The heavy lifting won’t start until next summer.”

Also included in the planning are rest stops along the route with picnic tables and benches.

Construction on the rail line from Idaho to West Yellowstone began in 1905 after E.H. Harriman, owner of the Union Pacific Railroad, visited Yellowstone National Park. Although the track was laid in 1907, it wasn’t until the spring of 1908 that the route was opened to travelers.

Use declined after the Great Depression, then passenger service was dropped.

“In 1979, the Interstate Commerce Commission granted permission to abandon the line north of Ashton, and the tracks were removed in 1981,” according to the Yellowstone Historic Center’s website.

The section to be converted into a graveled trail follows the South Fork of the Madison River for much of its way.

“The Oregon Short Line is graded, so for a beginner or younger rider it will be a more flat surface with not a lot of elevation gain or loss,” said Kelli Hart, of the Free Heel and Wheel bicycle shop in West Yellowstone. “Which is great because it will be easier for everyone to use.”

The other benefit of the route is that it could one day tie into a master plan for a 104-mile route that would connect Jackson, Wyoming, with Yellowstone, called the Greater Yellowstone Rail Trail. A 30-mile portion of the old rail line was converted into the Ashton-Tetonia Trail in Idaho in 2010.

On the Wyoming side 70 miles of trails can take riders to the top of Teton Pass. Work will start next year on a $5-million route on the Idaho side to connect Victor, Idaho, to the Wyoming route. That will include 2.5 miles of trail and a highway underpass, according to Tim Young, executive director of Wyoming Pathways.

“I’m really pleased and excited that the Custer Gallatin has approved that trail,” he said. “I think it’s super exciting for West Yellowstone and definitely a piece for this Greater Yellowstone Rail Trail that’s been gaining steam.”

Brey said the cost to build three bridges, clear and gravel the old railroad bed outside of West Yellowstone could run between $350,000 to $450,000. Paving the route would increase that cost.

“At least at first we just want it to be a functioning rail trail,” he said.

Now that the route has been approved, the forest will begin seeking grants to help with the cost of the work.

“There are a number of foundations and (Recreational Trails Program) grants we will look to,” Brey said. “We always told the community we can’t do this on our own.”

Hart said she used to ride the route but it was not easy. The rail line crosses the South Fork of the Madison River where three bridges have been removed. The trail has been rutted by ATV use and the fine sand on the bed makes for difficult riding unless the bike has fat tires.

Brey agreed. “It is usable, but only if you’re a die-hard biker. It’s quite sandy, which doesn’t make for an enjoyable ride.”

Once rehabilitated, though, Hart said the route has great potential to tie into some other forest roads and trails in the area, like the Mosquito Gulch Road.

Young said many cyclists are already using Idaho forest roads in the Island Park-Warm Springs area — between Ashton, Idaho, and West Yellowstone — as part of the Continental Divide Trail.

“It’s really cool, and there’s already a lot of recreational use there,” he said.

By tying all of the roads and trails together cyclists could make a grand 250-mile loop from West Yellowstone to Jackson, Wyoming, coming back through Yellowstone National Park.

Yellowstone is already seeing some increase in cyclist interest with its short spring season after the road between Mammoth Hot Springs, Wyoming, and West Yellowstone is plowed but vehicles aren’t allowed.

Young and Brey see the new trail as one more family activity for the many summer visitors to West Yellowstone. According to the Forest Service, about 44% of Yellowstone National Park’s roughly 4 million annual visitors pass through West Yellowstone — the majority of them in the summer.

With the cycling in Yellowstone “compromised” by auto traffic, Young said it will be nice for riders to have a place away from vehicles.

“It will give visitors and locals a great escape right outside their door,” he said.

But first there's work to be done.

“To make this a reality we really need the assistance of partners,” Brey said in a press release. “We are hoping interested donors and organizations will pitch in to create this family friendly trail experience for residents and visitors.”

For additional information contact the Hebgen Lake Ranger District at 406-823-6961 or online at: www.fs.usda.gov/custergallatin.

Sun-kissed bliss greeted our arrival to a sprawling parking lot known as Madison Junction; we parked our rig and unloaded our bicycles for wha…

Make the great outdoors even greater by seeing Yellowstone National Park on a bike.

It's down to three options: an overpass, an underpass and a tunnel.

Although it’s a long way from being completed, organizers of the Great American Rail-Trail were celebrating recently in Three Forks.

Man wanted for theft of 4-wheeler south of Billings

Yellowstone National Park has opened the 49 miles of roadway between the West Entrance and Mammoth Hot Springs to cyclists.

Biking bliss in Yellowstone comes with some caveats

For some reason, racing spring runoff down a stream on a bicycle — as the rush of water alternates between roaring and gurgling, placid then v… 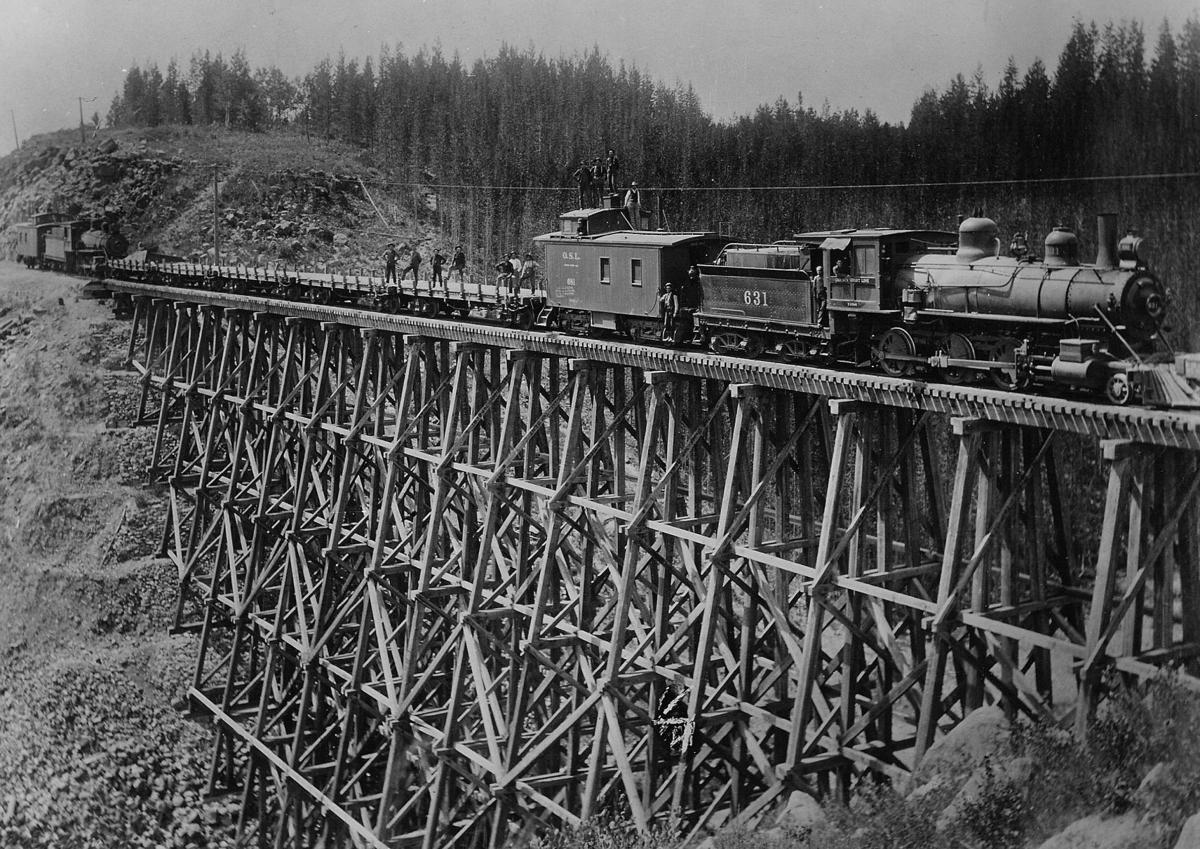 The Yellowstone Branch of the Oregon Short Line included the High Bridge just north of Reas Pass. The span was eventually filled with dirt to prevent the bridge from catching fire from stray sparks by the steam locomotives. 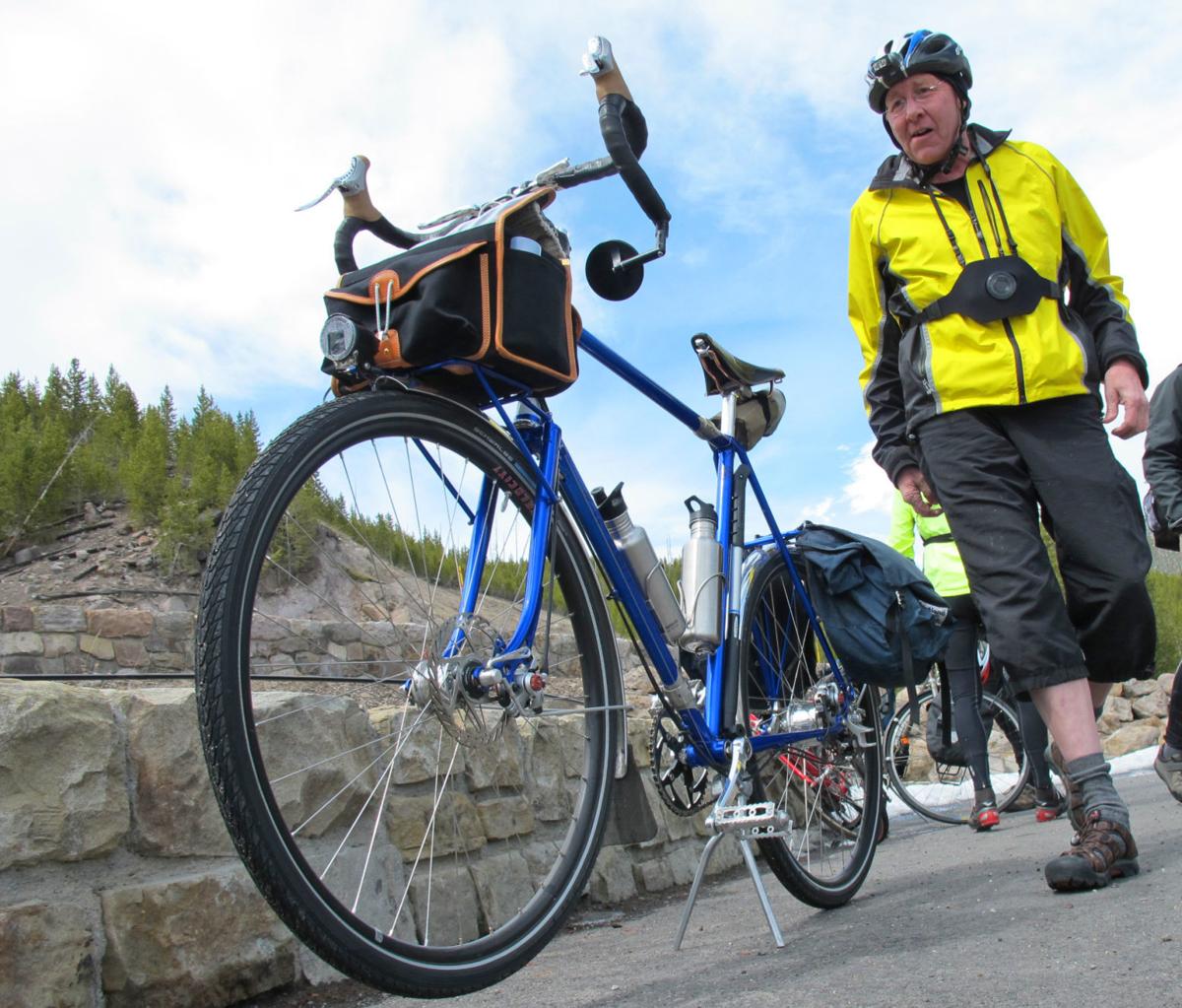 A route from West Yellowstone to Reas Pass would be a 18.5-mile roundtrip ride once the old rail bed is refurbished. 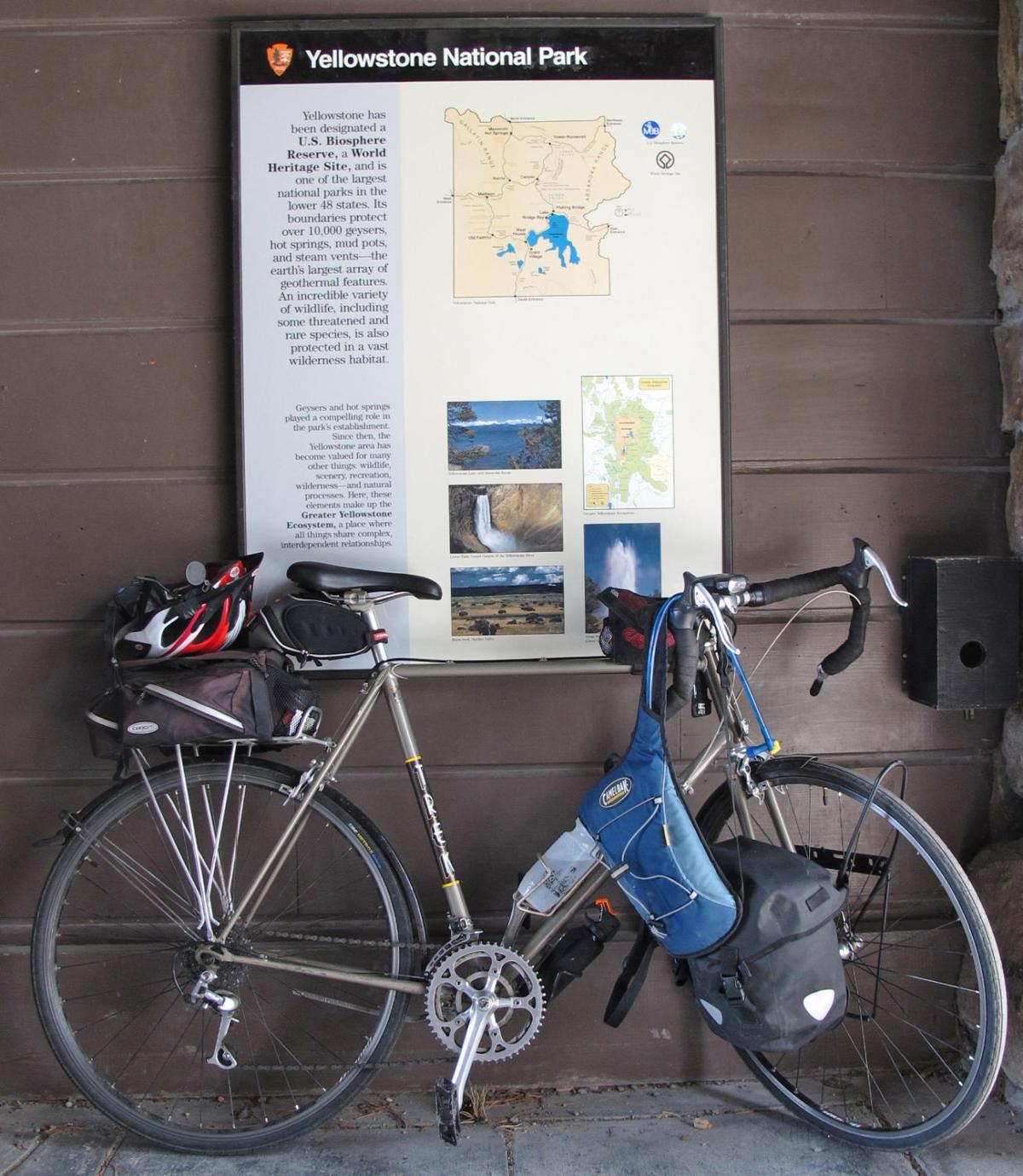 Cycling in Yellowstone National Park has gained popularity. Riders with time can make a loop from West Yellowstone through Idaho, into Wyoming and back through the park. 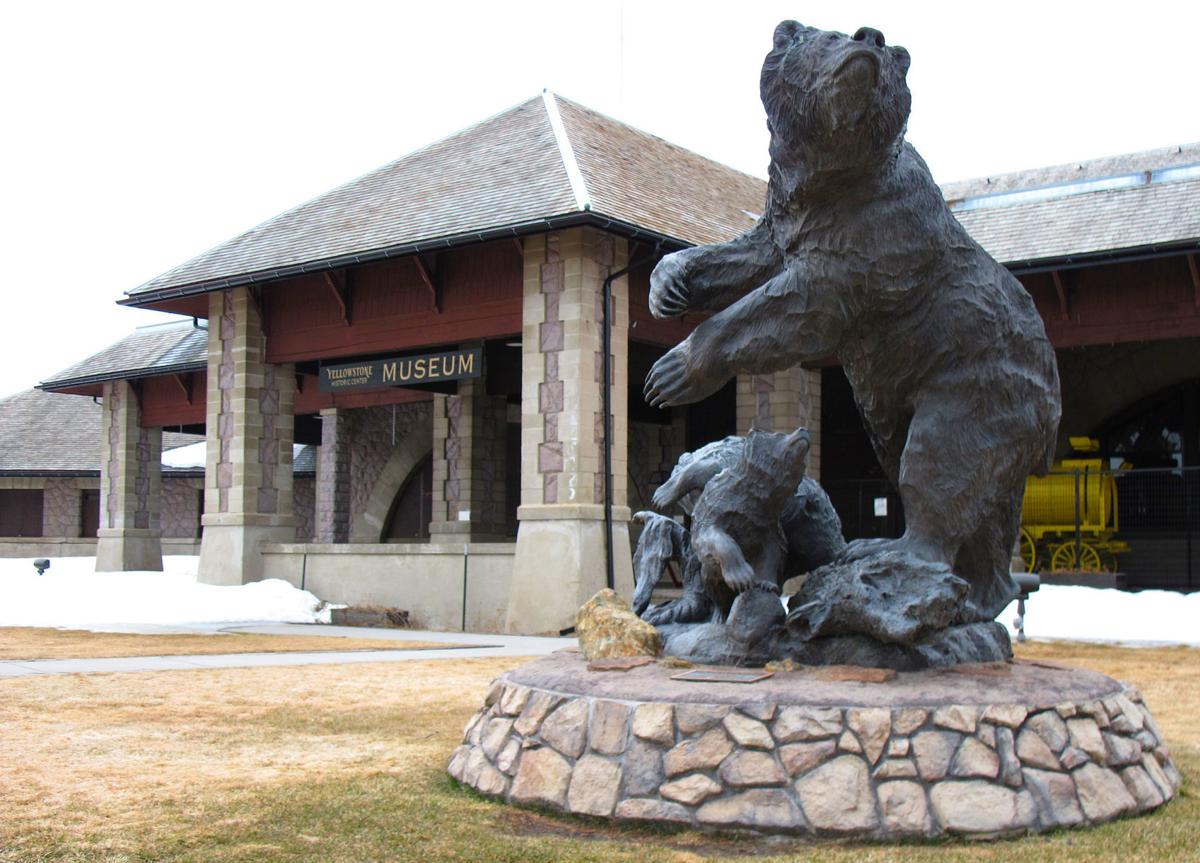 The old railroad station in West Yellowstone has been converted to a museum, the Yellowstone Historic Center. 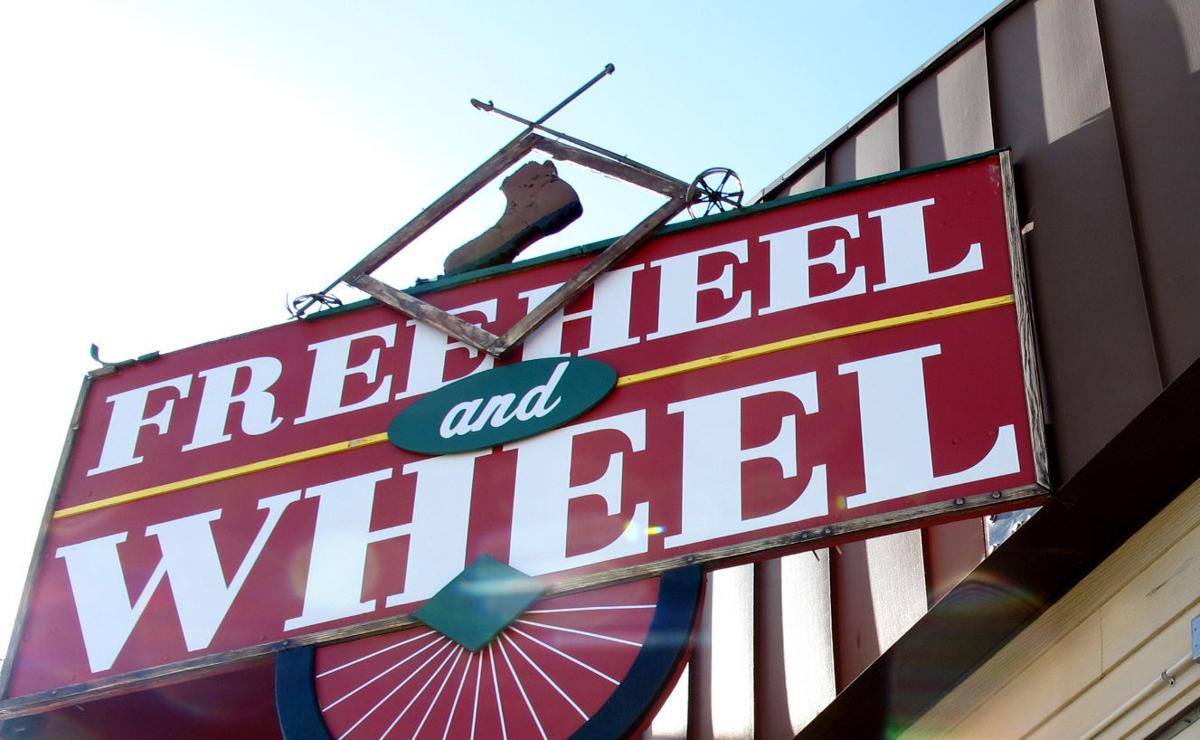 Free Heel and Wheel is the place for cycling intel and gear in West Yellowstone. 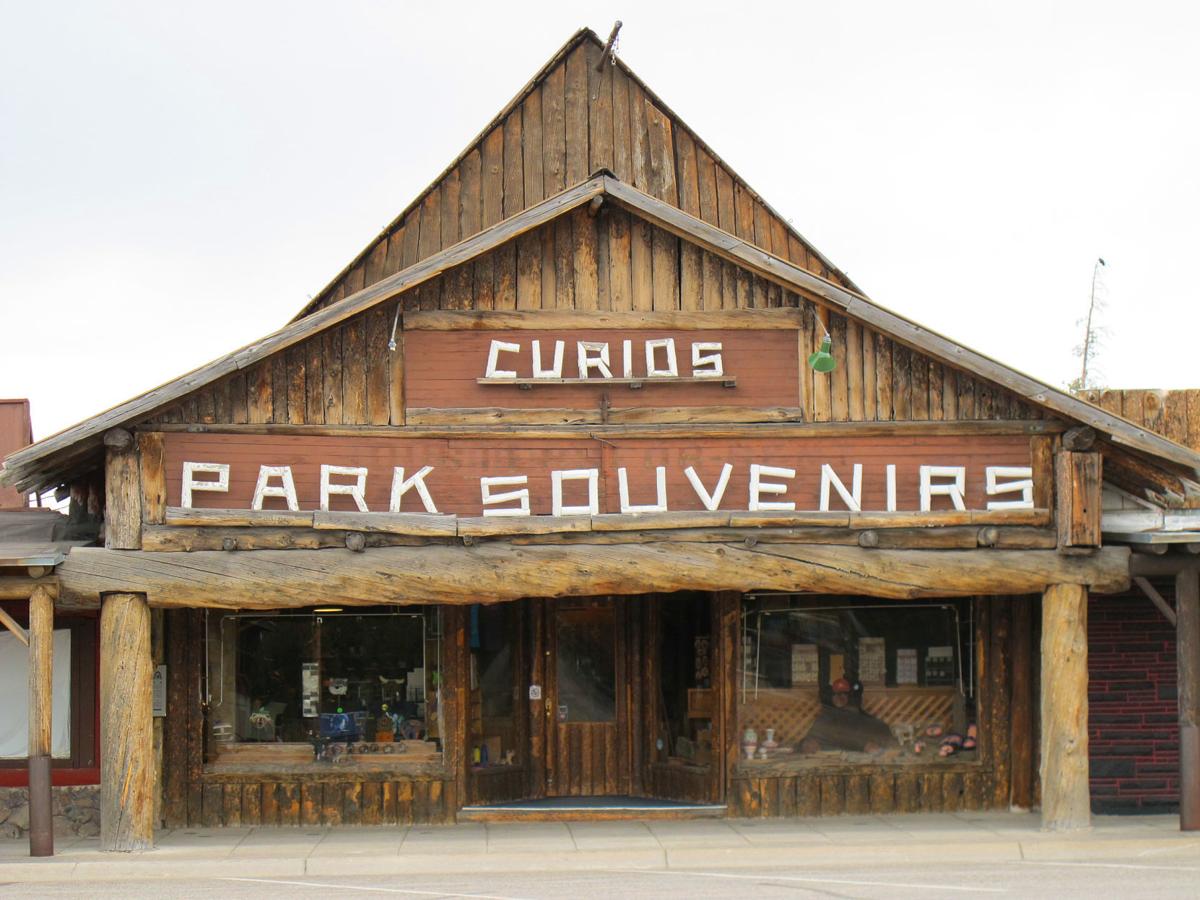 Downtown West Yellowstone will have a route to the woods specifically for nonmotorized use once the multi-use path is completed. 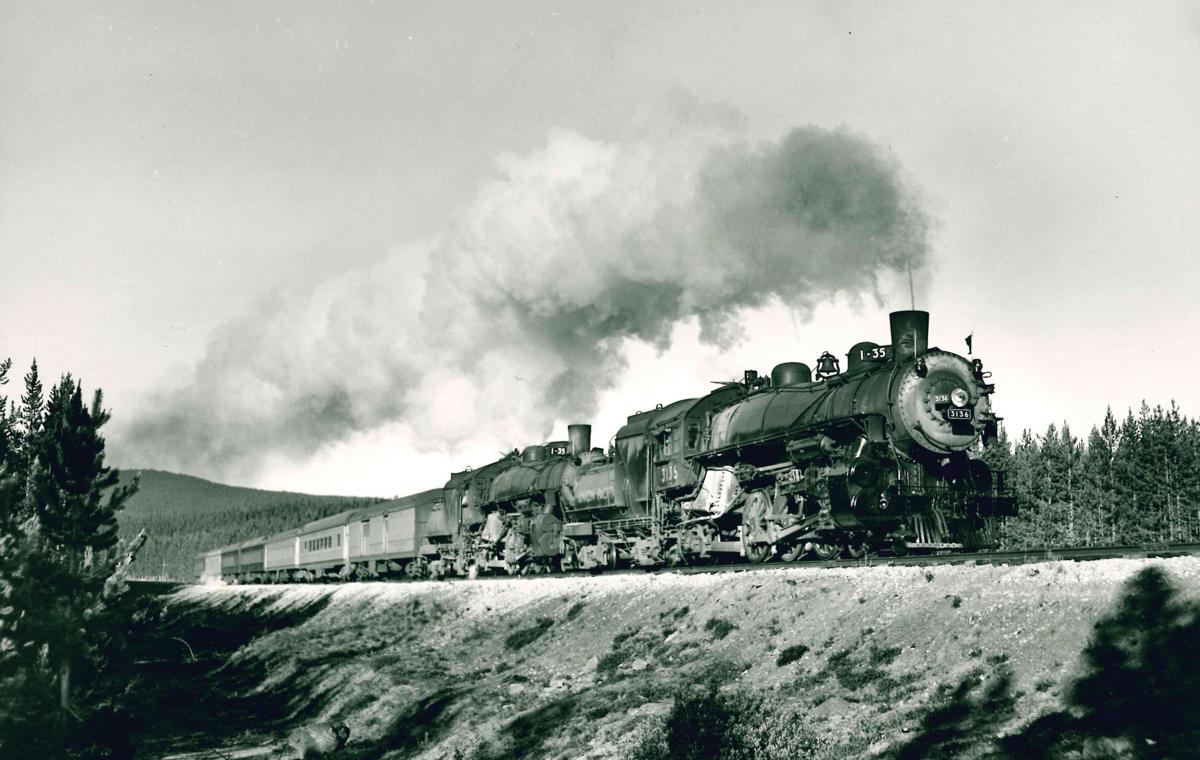 A train nears the summit of Reas Pass in 1953. The top of the pass would be the end of the rail trail from West Yellowstone.