In the 1960s a Missouri man received a patent that would forever change the sport of archery and bowhunting. That was when Holless Wilbur Allen invented the first compound bow.

Using pulleys and cables, the compound bow was easier to hold at full draw and shot arrows at a higher speed. By the mid-1970s the first compound bows were sold to the public.

Fifty years later, bow manufacturers continue to improve Allen’s technology, and in the process generate debate among archers and the agencies that oversee bowhunting.

Earlier this month the Fish and Wildlife Commission wrestled with how much innovation is too much, and ended up drawing a conservative line. At issue was whether to modify Montana’s hunting regulations related to a compound bow’s let-off.

Here’s an explanation of let-off.

Modern compound bows are categorized by their draw weight and let-off. Draw weight is the amount of force it takes to pull the bowstring back. This is measured in pounds.

A wooden bow built at a draw weight of 65 pounds means that the archer must be able to pull back 65 pounds and hold that weight the entire time they are aiming. Modern compound bows make that task easier by providing let-off. While a compound bow may require 65 pounds of force to draw, once at full draw the bow’s mechanical features allow that force to ease. This is measured in a percentage, such as 80% let-off.

Therefore, a 65-pound bow with 80% let-off allows the archer to hold back only 13 pounds at full draw. Consequently, it’s easier for the archer to hold the bow longer while adjusting their aim. Heavier draw weights are important to hunters because they can deliver an arrow with greater speed and force, and with less loss of velocity over longer distances.

In archery circles the issue of let-off has long been a point of contention between traditional archers, using wooden bows, and those shooting compound bows. In 1988 the Pope and Young Club, which is the keeper of archery trophy game records, would not acknowledge an animal killed with a bow that had greater than 65% let-off. It wasn’t until 2006 that the club voted to drop the requirement.

Montana hunting regulations require that compound bows have no more than 80% let-off, but manufacturers are making bows with let-off of 90% to 99%. Right now, however, there appears to be no easy way for a warden to measure a bow’s let-off in the field.

To address this issue, the Montana Fish, Wildlife & Parks regulation review committee proposed that the state alter its bowhunting regulations to eliminate the let-off regulation.

Colstrip archery hunter Darrell Brabec called in to support the regulation change, saying the increased let-off allows older archers and those with shoulder problems or injuries to continue to hunt.

“I know there are people out there who think if you can’t pull it back you shouldn’t be able to hunt, and I think that’s wrong,” he said.

But other commissioners and members of sporting groups did not approve of the regulation change. Although initially supporting the proposal, the Montana Bowhunters Association pulled its endorsement after polling its membership which was “overwhelmingly” opposed to the change.

“The primary reason is that this industry-driven technology creep is blurring the lines between archery equipment – bows and arrows – and crossbows and air guns,” said Steve LePage, president of the MBA.

“My bow is technologically advanced, more so than the first Apollo mission,” said Shane Colton, chairman of the Fish and Wildlife Commission.

Colton said he would prefer to see the regulation go the other direction despite the problems of enforcing the requirement.

“I think it’s important to recognize that we have a special season for archery for a reason, and it’s because we are hunting (elk) when they are most vulnerable,” Colton said. “With the advance of technology it does get easier … but I do think there needs to be limits.”

Likewise, Thomas Baumeister, representing the Montana Chapter of Backcountry Hunters and Anglers, spoke in opposition to the proposal. He said hunters need to exercise restraint in how they pursue fish and wildlife.

“We must maintain that bowhunting remains a challenge, and that getting an elk is indeed an achievement that speaks to commitment and excellence,” he said.

The measure failed on a 3-2 vote, with McKean and Stuker supporting the change. McKean qualified that he, too, struggled with the issue and hoped hunters would continue to exercise restraint in how they pursue game.

“I trust this is not sliding us toward that bright line of distinction” between crossbows and bows, he said.

The Montana Bowhunters Association has been successful in turning back past legislative attempts to authorize the use of crossbows during the archery season, something McKean endorsed.

Archery hunting has become an increasingly popular sport in Montana. According to FWP data, archery stamps were first issued to 535 people in 1953. By 1973 that had grown to more than 10,000. Since 1978 the sport of bowhunting has seen steady growth almost every year. More than 53,000 archers bought licenses in 2020 to hunt in Montana, 44,400 of which were residents.

The appeal of the sport is in part driven by the technology of new compound bows, carbon fiber arrows and mechanical broadheads that allow archers to shoot more accurately at greater distances. The other attraction is that the archery season, which starts in September, allows hunters to pursue bull elk when they can be most defenseless – their mating season.

Using calls mimicking cow elk and decoys, adept hunters wearing camouflage — and sometimes hiding their human smell with scents — may lure otherwise wary bulls to within 40 yards or less, the ideal distances for killing an animal with an arrow.

Despite these advantages, it's still a challenge. Montana hunters have only a one-in-five chance of killing an elk, according to FWP data. This figure includes hunters using rifles.

From stealthy bowhunters to spotting and stalking pheasant, hunting season is full of odd encounters

It was a surprise when the bowhunter strolled behind us. We had been gawking through binoculars at the large herd of elk gathered on a nearby …

Hunter-specific cameras one of many items at Great Rockies Sportshow

Four video cameras may seem like a lot, but Jeremy Chvilicek wants to capture all of the action when he goes goose hunting.

The unknown art of bowhiking: Why hunt when you could hike?

When it comes to outdoor activities the sport of bowhiking doesn’t get any attention.

Billings Public Schools could get about $13 million in COVID-19 aid as part of a new federal stimulus package.

Loge said the bill was about protecting private property rights and specifically targeting repeat trespassers that are not dissuaded by only a fine.

The allure of elk hunting, and its difficulties, often create some unusual tales.

Legislation allowing crossbows during archery season for hunters with disabilities has been brought unsuccessfully in the past.

A District Court judge's ruling has foiled an attempt by four disabled Montana hunters who had filed a lawsuit to require FWP to temporarily allow them to use crossbows during the archery season this fall. 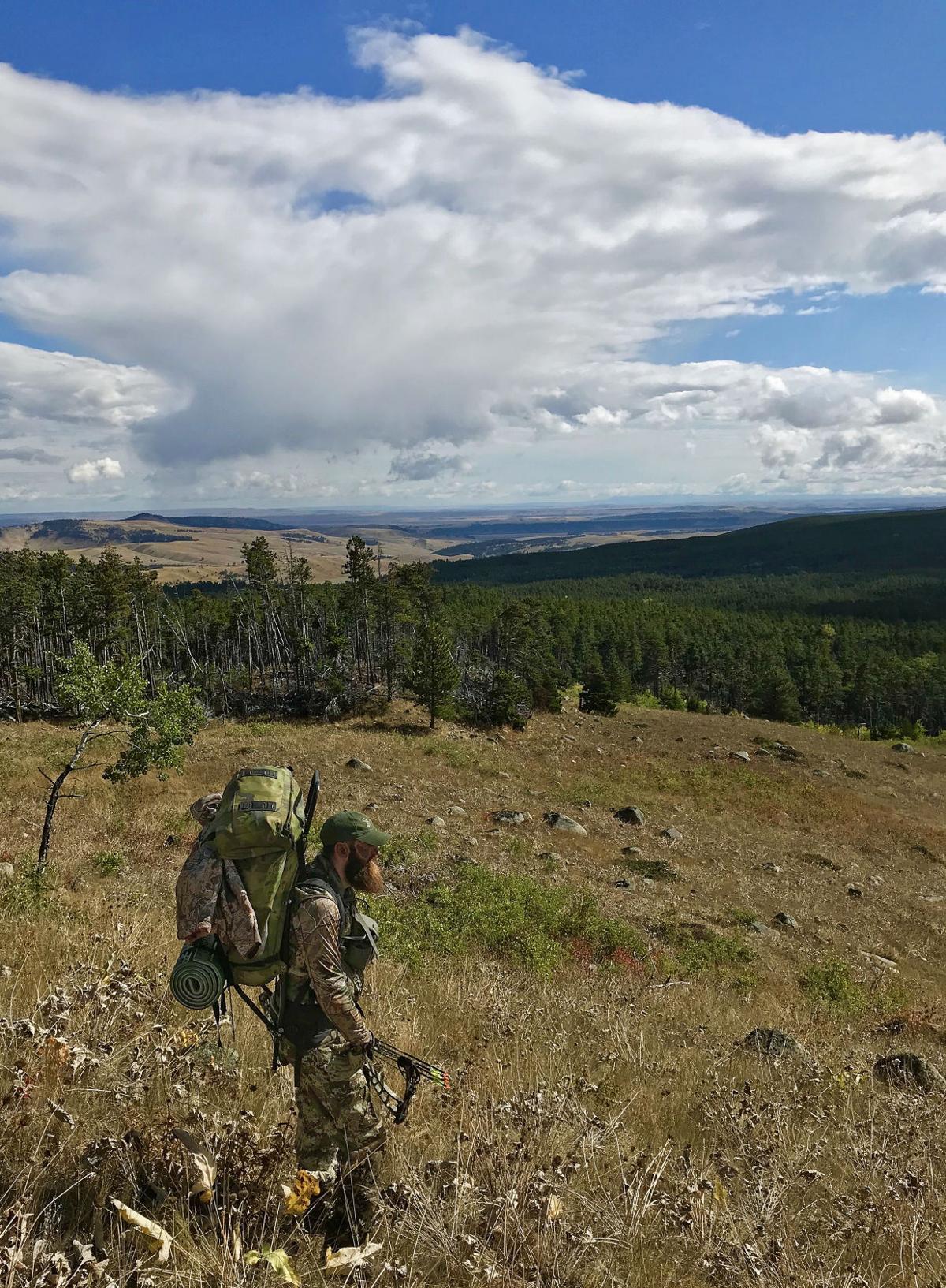 The popularity of archery hunting has grown steadily in Montana, in part due to the technological advances in bows, arrows and broadheads. 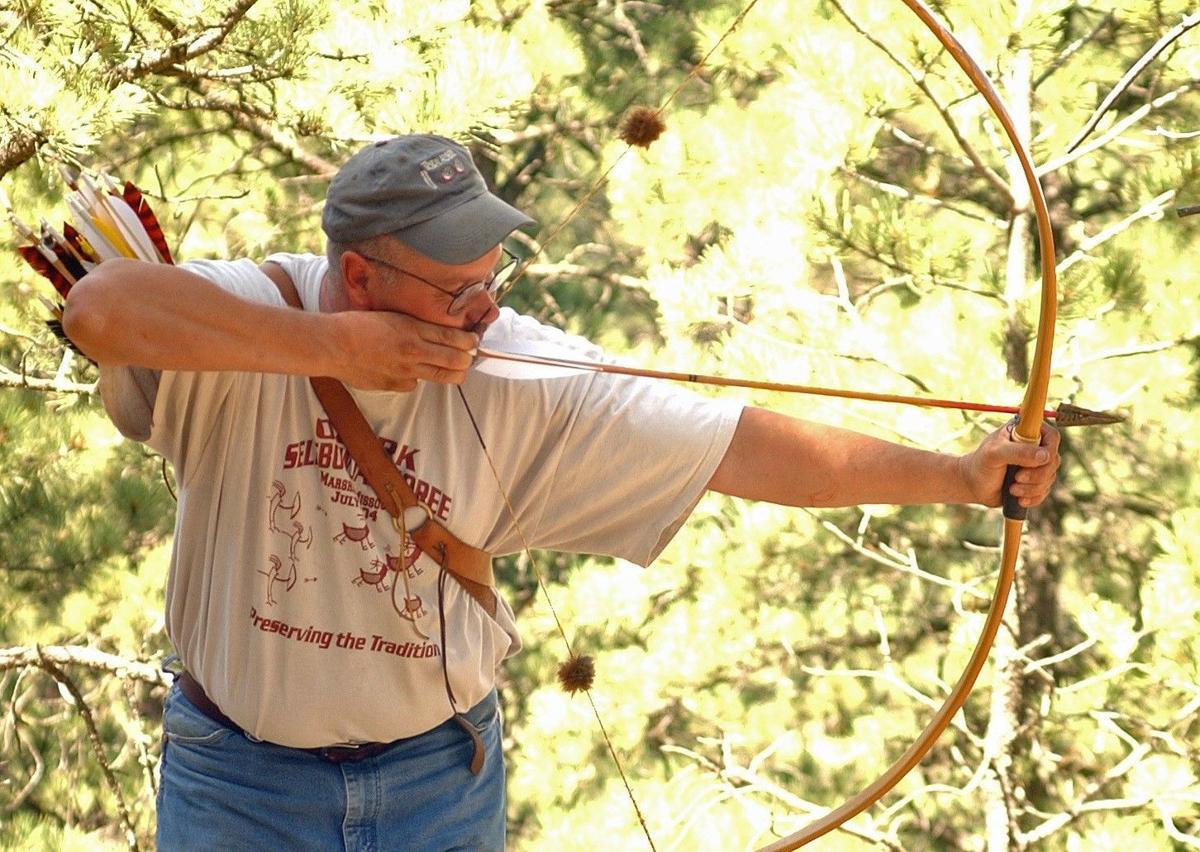 Traditional bows like this one have no let-off, meaning they require greater strength to hold at full draw. 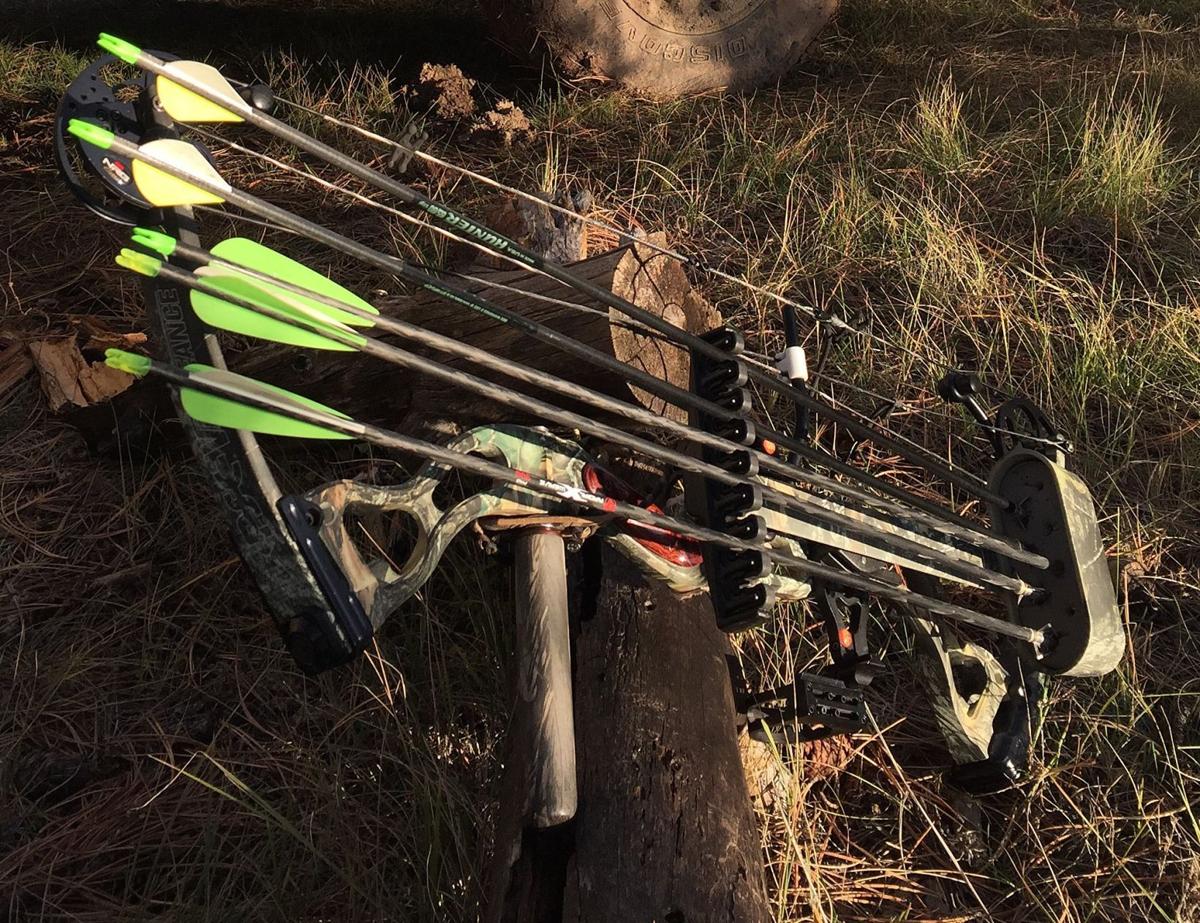 Compound bows like this one were originally opposed by traditional archers who want to keep the hunt as technology-free as possible. 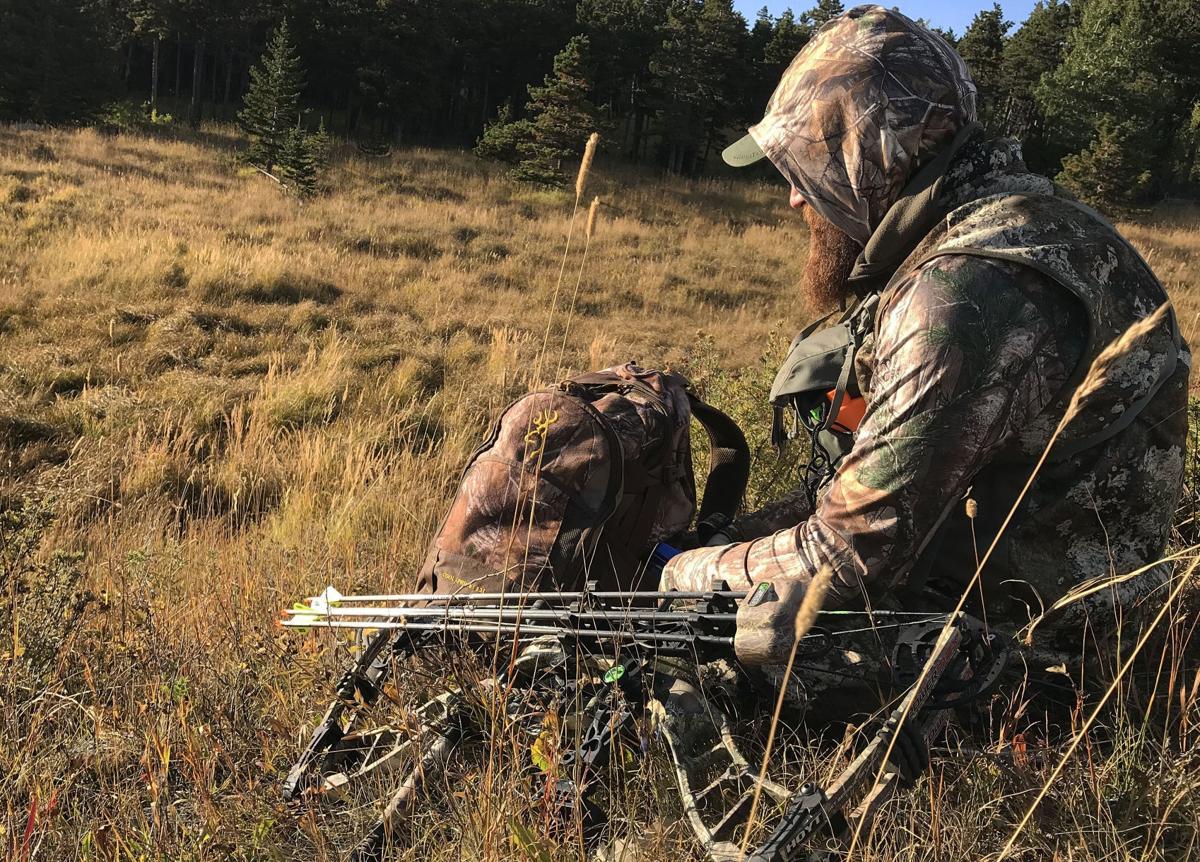 A debate over bow technology at the recent Fish and Wildlife Commission meeting ended with the group narrowly rejecting a modification to its regulations.