The rare pygmy whitefish hides in some of Montana's deepest mountain lakes and doesn't get much bigger than 6 inches. But it may forge a crucial link in food webs for many other species. 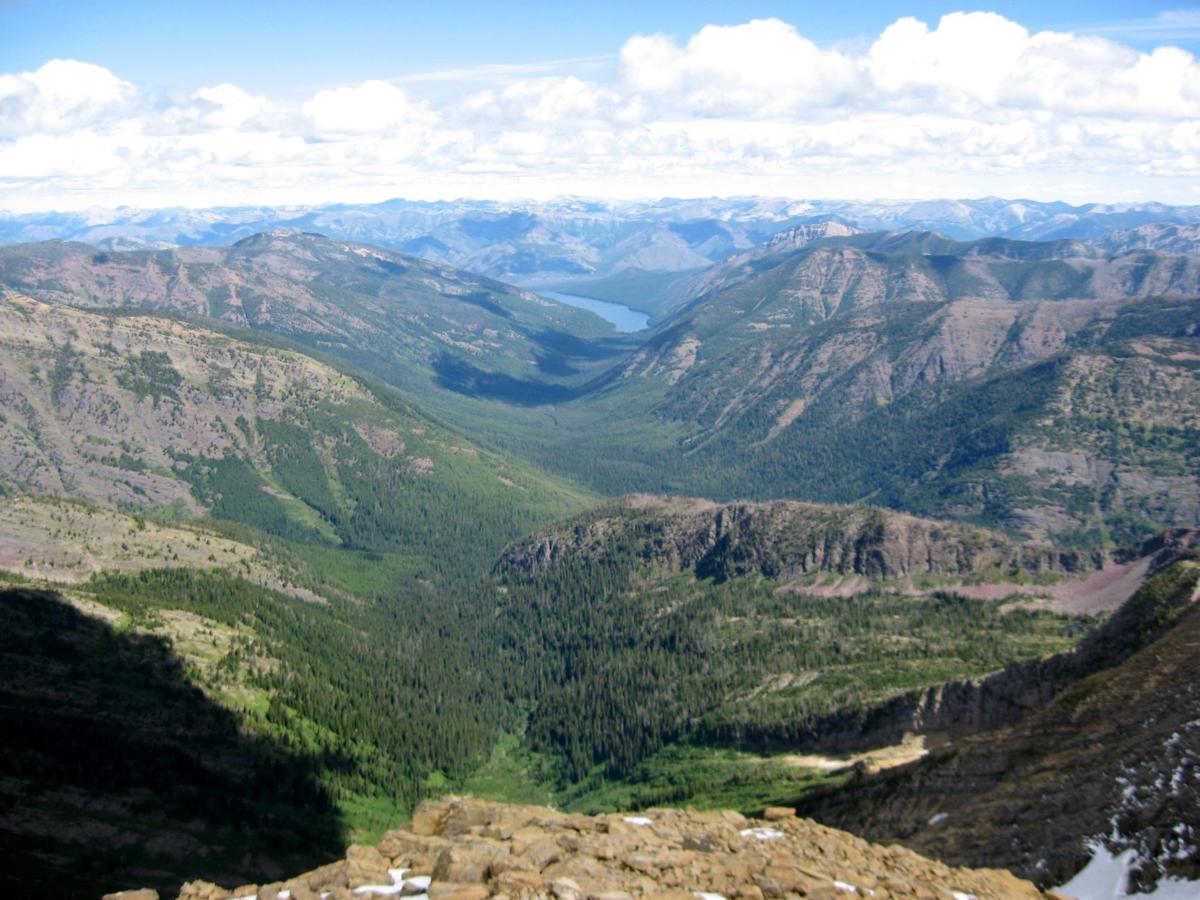 Remote Big Salmon Lake in the Bob Marshall Wilderness has a stronghold of pygmy whitefish in its depths, which can reach 200 feet.

But finding one in the net after hand-hauling up 125 feet of rope from one of Montana’s deepest wilderness lakes makes a professional ichthyologist smile. It also gives insight to a level of the fishing environment most people never knew existed.

“It’s the biggest tiny fish nobody’s ever heard about,” said Sam Bourret, part of the Montana Fish, Wildlife & Parks biology team researching this species of concern. “We still don’t know exactly what it does in the food web. We’re still discovering its range and distribution.”

Pygmy whitefish look like runt versions of the common lake and mountain whitefish, averaging 6 inches or less in length. A whopper might stretch to 9 inches.

They differ also in their choice of habitat — the lower reaches of the deepest lakes in the Rocky Mountains. Bourret, FWP colleague James Deraleau and National Science Foundation intern Niall Clancy have been probing for them for the past year.

“We have some uniquely deep lakes in this region,” Bourret said. “Tally Lake is the deepest (492 feet), and Lake McDonald (in Glacier National Park) is second deepest (472 feet). The pygmy whitefish is found in both of those.”

So is Big Salmon Lake, where the biologists hiked into the Bob Marshall Wilderness with lightweight pack rafts to try their luck.

“It takes a lot of time to get back in there,” Bourret said. “We brought in two nets, and used rocks we found there for weights. Trying to pull a 125-foot-long net in a 7-foot pack raft is pretty tough.”

To avoid catching other species, such as the federally protected bull trout, the FWP crew used nets with mesh just ⅜ or half-an-inch in width. Bull trout tend to thrash about in larger nets, eventually getting so tangled they tie their own gills closed and suffocate. They just bounce off the finer mesh, however, eliminating the bycatch problem.

Pygmy whitefish probably got established in the Rockies during the last Ice Age, when Glacial Lake Missoula inundated most of the major valleys west of the Continental Divide between 10,000 and 20,000 years ago.

“When the big lake receded with the glaciers, these deeper lakes were left behind with the right conditions for pygmy whitefish to survive,” said FWP spokesman Dillon Tabish. Pygmy whitefish are also found or suspected in Glacier Park’s Logging, Quartz, Bowman and Kintla lakes as well as outside the park in Bull, Horseshoe, Little Bitterroot, Ashley, Whitefish, Lindbergh and Holland lakes along with Hungry Horse Reservoir.

The state record pygmy whitefish — 9.84 inches long and .36 pounds in weight — was caught February 13, 2010, by Richard Geldrich in Little Bitterroot Lake near Marion.

Tabish said pygmy whitefish are known as “broadcast spawners” — meaning they generally spawn during mass spawning events in one or more consecutive months — in both the shallows and tributaries of lakes, but the specific physical characteristics of spawning sites are not well described. They migrate short distances. In late November and December they move from Flathead Lake and congregate at the mouths of the Swan and Flathead rivers before they enter the river systems to spawn.

They also provide a food source for more well-known trout. A 1981 study on the Flathead River found 58% of the bull trout diet during October and November was pygmy whitefish. In contrast, the little fish feed mainly on zooplankton and other benthic invertebrates, so they don’t compete with the larger species.

“They are a sensitive species, which makes them a good indicator of the general health of a water body,” Bourret said. “When we had those fish kills in the Yellowstone and Madison rivers, the first fish to die were whitefish. They’re a siren for future problems in a river. That’s one of their best attributes.”

The wind blows, the sagebrush shakes, and a flock of studied domestic sheep bleats along the trail, munching native plants — a peaceful, pastoral scene.

This Sphinx might not be in Egypt, but as a 10,800-foot mountain in the Madison Range showing off towering rock formations it is a long day hi…

The rare pygmy whitefish hides in some of Montana's deepest mountain lakes and doesn't get much bigger than 6 inches. But it may forge a crucial link in food webs for many other species.

Remote Big Salmon Lake in the Bob Marshall Wilderness has a stronghold of pygmy whitefish in its depths, which can reach 200 feet.