I’d been here before.

But unlike the other times, my breathing was controlled, my head was clear and I was winning the battle against my nerves getting the best of me.

Just then, the bull elk stepped out from behind the veil of quaking aspens.

My colleague Tom Kuglin and I had spent the previous evening watching a small herd of cow elk that had a six-point bull in their midst.

The plan was to make it two miles up a serpentine ridge before daylight where we hoped to find ourselves within calling distance from the elk we put to bed the night before.

As we hiked, I could feel the last week of elk hunting in my legs and the West Coast wildfire smoke in my lungs. I could see the first rays of the day’s sunshine over my right shoulder when we reached the top. It was time to do some calling and find out if the elk were still around.

Our first bugle was met with an immediate response from a few hundred yards away.

It had to be the bull we were seeking, and he was in the mood to talk. So we checked the wind and proceeded closer. We exchanged bugles a couple times so we knew the bull was sticking around.

We decided we were close enough, so Tom hung back and did some cow calling, while I prepared for a shot in a clearing a few yards ahead.

After a couple minutes of silence and motionless forest, the elk seemed to have disappeared. Then the silence was disrupted by a stick breaking out of my view.

I looked over my right shoulder, where the rising sun had graduated to full daylight and there was the bull, downwind of me, trotting away.

This was the last of our bad luck for the day.

It was hot and it was lunch time, so we decided to have a seat on a ridge overlooking an unhunted basin.

As with most lunch breaks during the long and hot September days of archery season, lunch time became nap time. So we drifted off to sleep in the shade of a pine tree with our boots off and hats tilted over our eyes.

Not much time went by before we were awakened by an elk’s bugle near our failed attempt that morning. The time was 12:30 p.m.

I looked over at Tom, who was half awake at this point, and told him we should head back and take another chance, thinking it was the same bull from this morning. To which he responded so eloquently, basically telling me there’s no way to call and kill a bull in the middle of the day.

Then, the bull bugled again.

Without much commentary we started lacing up our boots and putting our snacks back in our packs. We were going to give it a shot.

We made the calculation to remain silent and slowly move closer and closer using the bull’s consistent sound off to pinpoint his location.

We shuffled nearer, a couple hundred yards at a time with every bugle. He would sound off, we would check the wind and work in closer. This took almost two hours until we got within a hundred yards of the bull with a clearing separating us from him.

We realized sneaking any closer without tipping off the elk to our presence would be futile. This was where we would make our stand. I hunkered in the shadow of a rock outcropping while Tom fell back to start calling.

As Tom made a few cow calls, I pulled an arrow from my quiver and used a rangefinder to assess where I could make lethal shots.

The bull responded immediately to the cow calls, much more fired up than his midday bellows. He started raking trees so fiercely I could see the tops quiver in response to the violence at their trunks.

At that point the bull bugled almost constantly as Tom continued his melody of cow calling. I could tell the bull was pacing in the trees contemplating making a move toward us to investigate the sounds.

It was a different bull. A much larger, more mature monarch of the mountain stepped out from behind the veil of quaking aspens.

As he was lured into the cow calls coming from up the hill, I was taking a mental inventory. I had been face-to-face with a bull before, but my adrenaline and excitement caused my legs to quiver and arms to vibrate. Not this time.

I was calm. I was still. My heart was racing but my breathing was steady. I felt confident in my distance calculation for the path the bull had chosen.

Just when I thought he would stop, the bull kept creeping closer to the cow calls until he slipped behind a thick pine tree. I could just barely make out his legs in the brush when I saw him make a 180-degree turn and head back for the aspens. While the tree blocked his view of me I drew my bow back. Knowing if I would get a shot, it would be now or never.

The bull stepped out and stopped right as I placed my pin on his torso. As I took aim, the feeling of calm control continued.

In the split second I leaned on my confidence, built from hours shooting my bow, knowing when I had the shot and when I didn’t.

I released the arrow, and within a flash I saw my white and blue fletching sticking out of the side of the bull as he bolted. I had hit him, and it was in a lethal spot. He ran 50 yards and crashed into a pine tree snag within view.

I’ll be honest, I have hunted my entire life and I am terrible at judging the size of elk. I knew he was big, but had no idea how big he actually was until Tom came back and looked at the laid out bull with his binoculars.

His response: “That is a big bull.”

After we knew the bull had succumbed to the shot, we hiked down and rejoiced at the successful hunt, the first elk I had ever killed with my bow. We spent the rest of the afternoon skinning and quartering the bull, making it back to the truck with the first load just as the sun set.

The next day it took another trip and some help from a willing first-time elk hunter named John to pack the bull off the mountain.

I have archery hunted for five years, only to be saved by rifle season in my quest to fill the freezer with an elk annually.

In those five years I had the most intimate interactions with wildlife in my life, never punching a tag but taking home priceless experiences. Granted, some of those experiences were insurmountable frustration and questioning the value of the effort put in, but every September I was drawn back.

This year, with a lifetime achievement under my belt, I hope to assist other hunting partners who haven’t succeeded in killing an elk with their bow.

September in the elk woods can be daunting and exhilarating, and if you keep after it, it will end with a success story, eventually.

Thom Bridge can be reached at Thom.bridge@helenair.com

The last available boat ramp at Cooney State Park will close at 5 p.m. on Thursday, Sept. 16, because of low water in the reservoir.

A National Public Lands Day event for adults and children will be held on Saturday, Sept. 25, from 10 a.m. to 2 p.m. at the Montana Audubon Center.

Much is known about how the chemical compositions of gases vary across the Yellowstone volcanic system, but how they vary in time has remained largely a mystery. Our understanding should greatly improve with a recent installation of a station that continuously monitors gases and communicates those data in real time.

CHEYENNE — The Wyoming Game and Fish Department is tracking an outbreak of epizootic hemorrhagic disease (EHD), a virus that primarily impacts…

Hummingbirds use sense of smell to avoid insects

To celebrate the discovery, recovery and successful cloning of black-footed ferrets, the Meeteetse Museum, U.S. Fish and Wildlife Service, and… 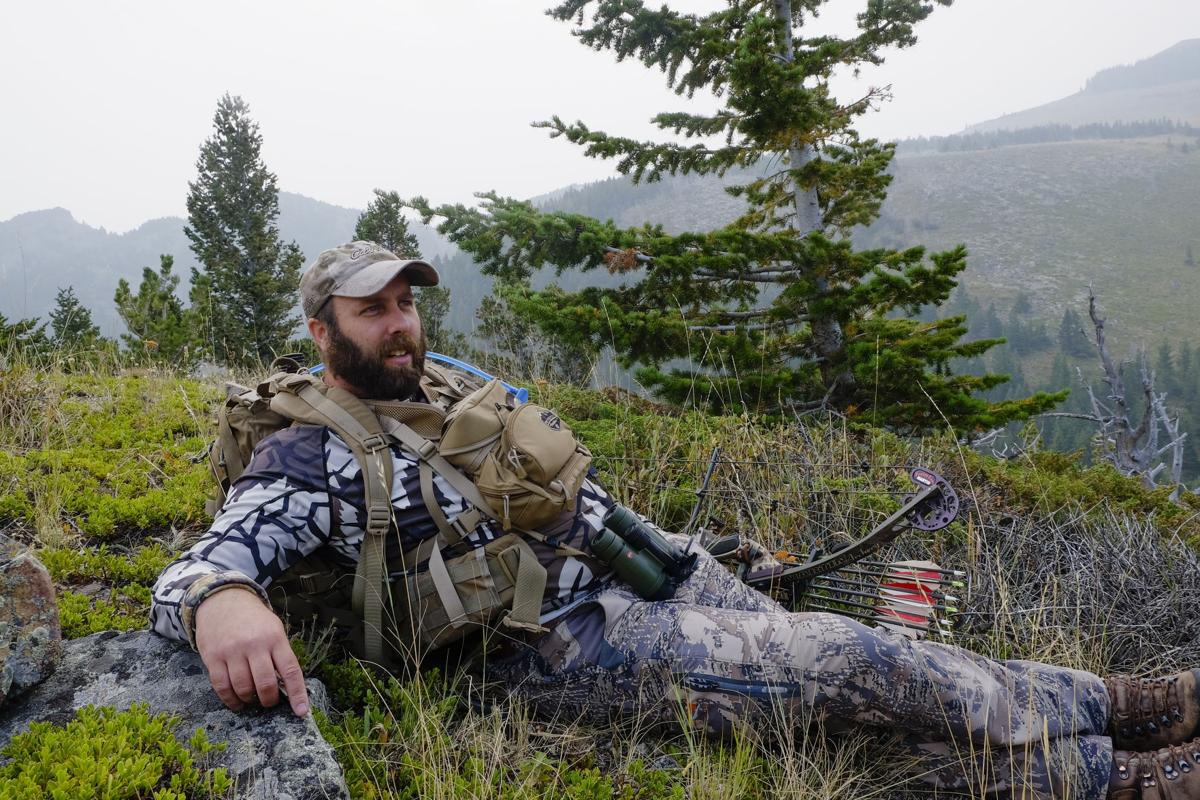 Tom Kuglin sits on a hillside after a midday lunch while elk hunting. 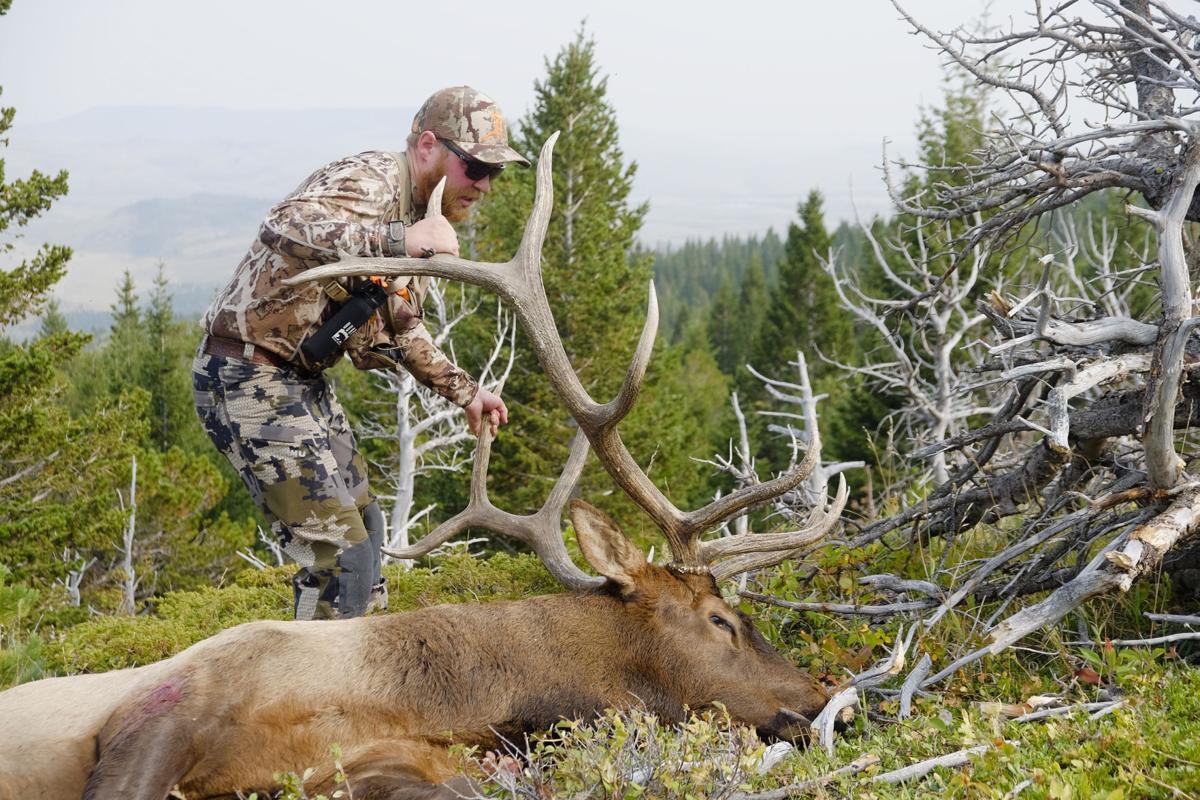 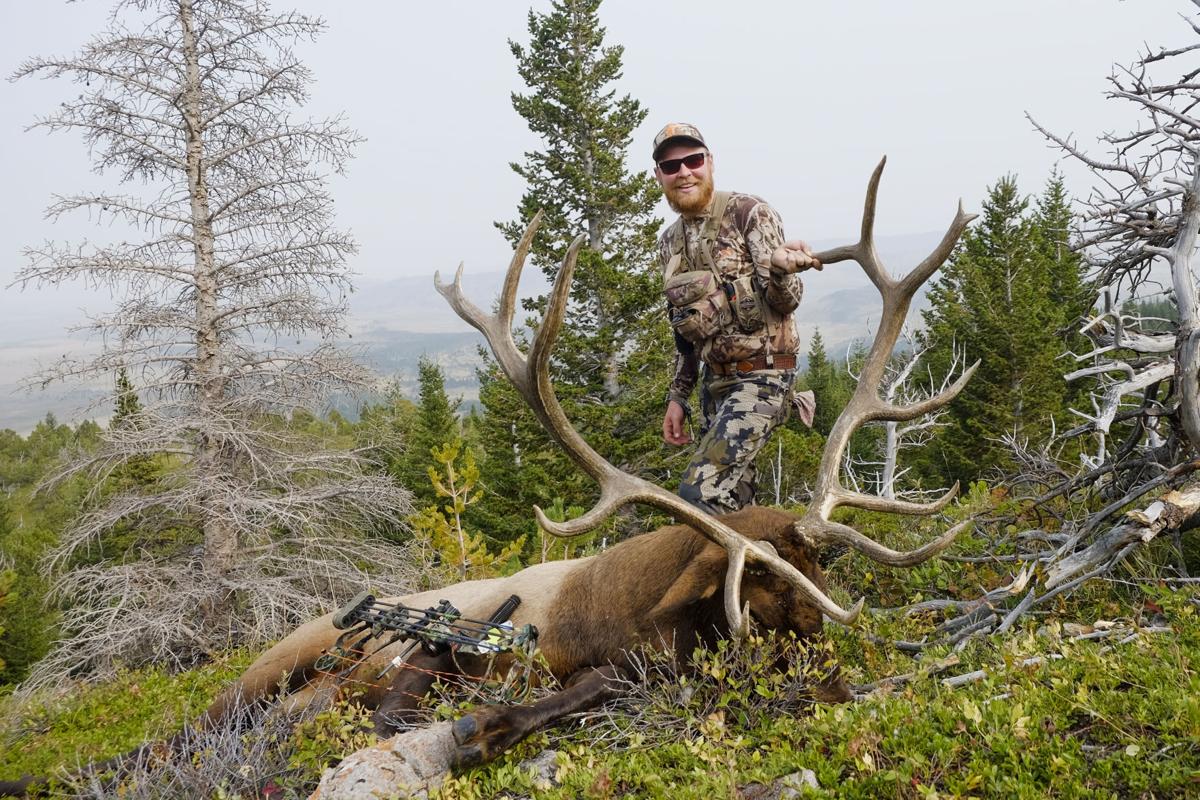 The bull officially scored 326 3/8 inches with the Pope and Young Club. 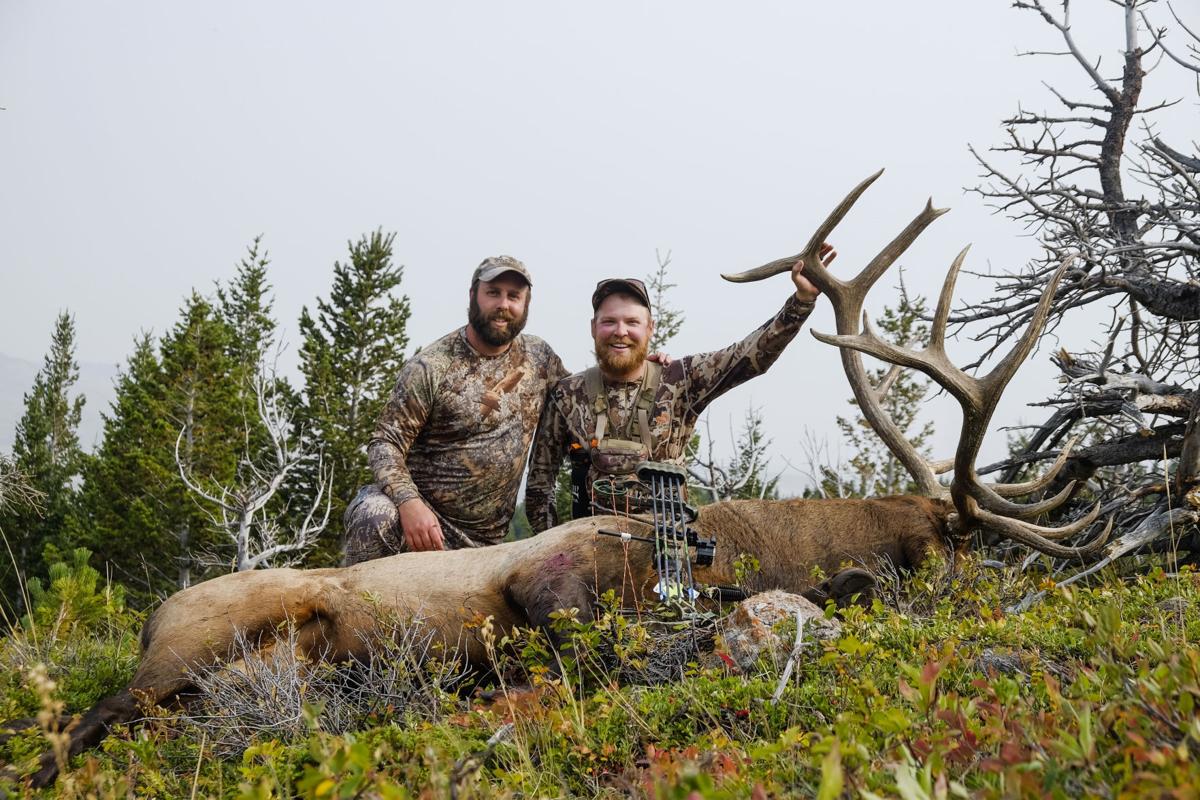 Kuglin and Bridge pose for a photo with the bull elk Bridge killed with a bow moments earlier. 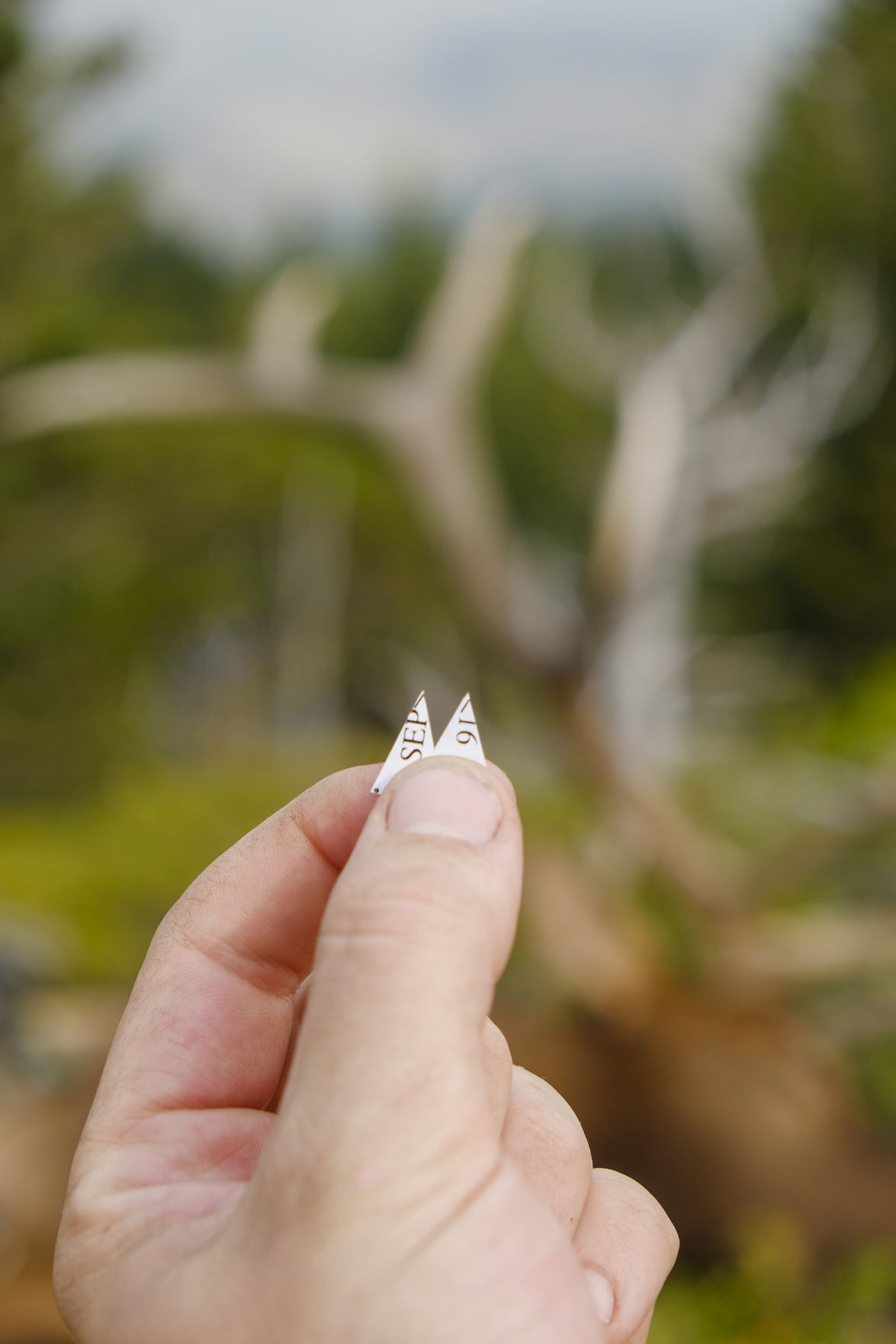 Bridge holds up the dates punched out of his 2020 general elk tag. 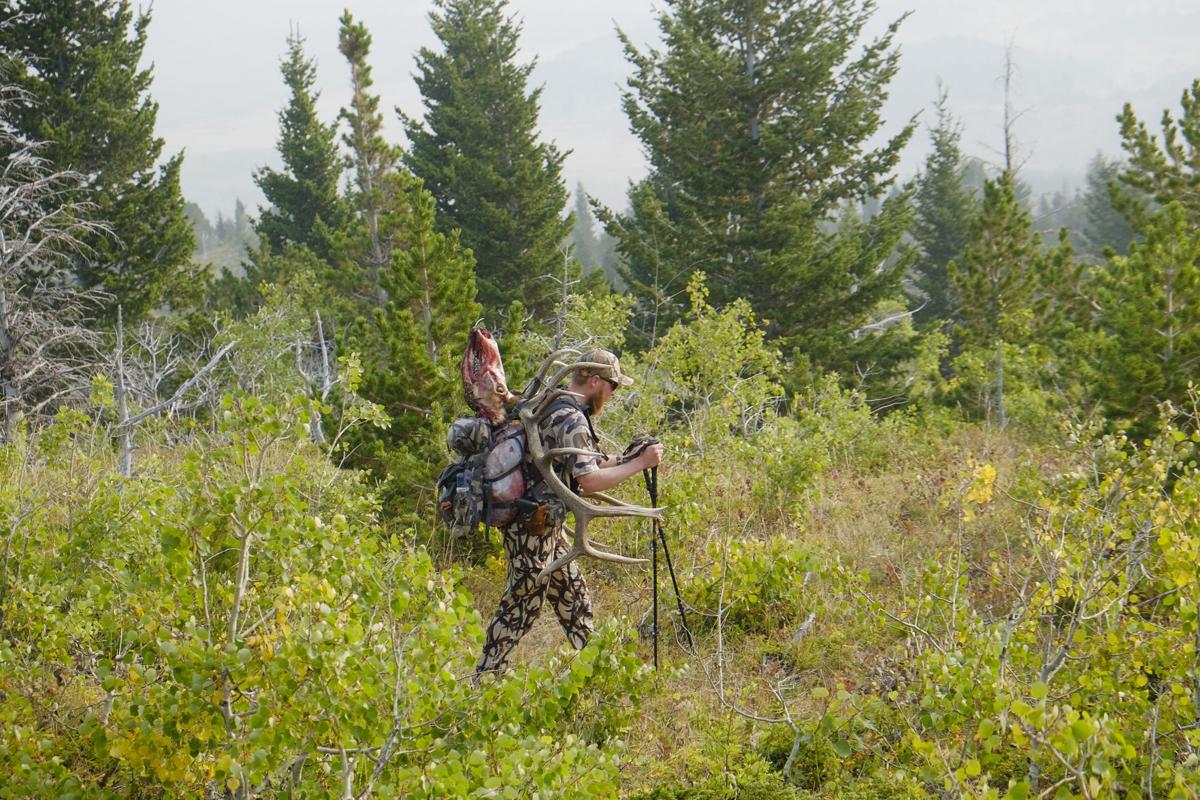 Bridge packs out the head of the bull and the last load of meat to the truck the following day. 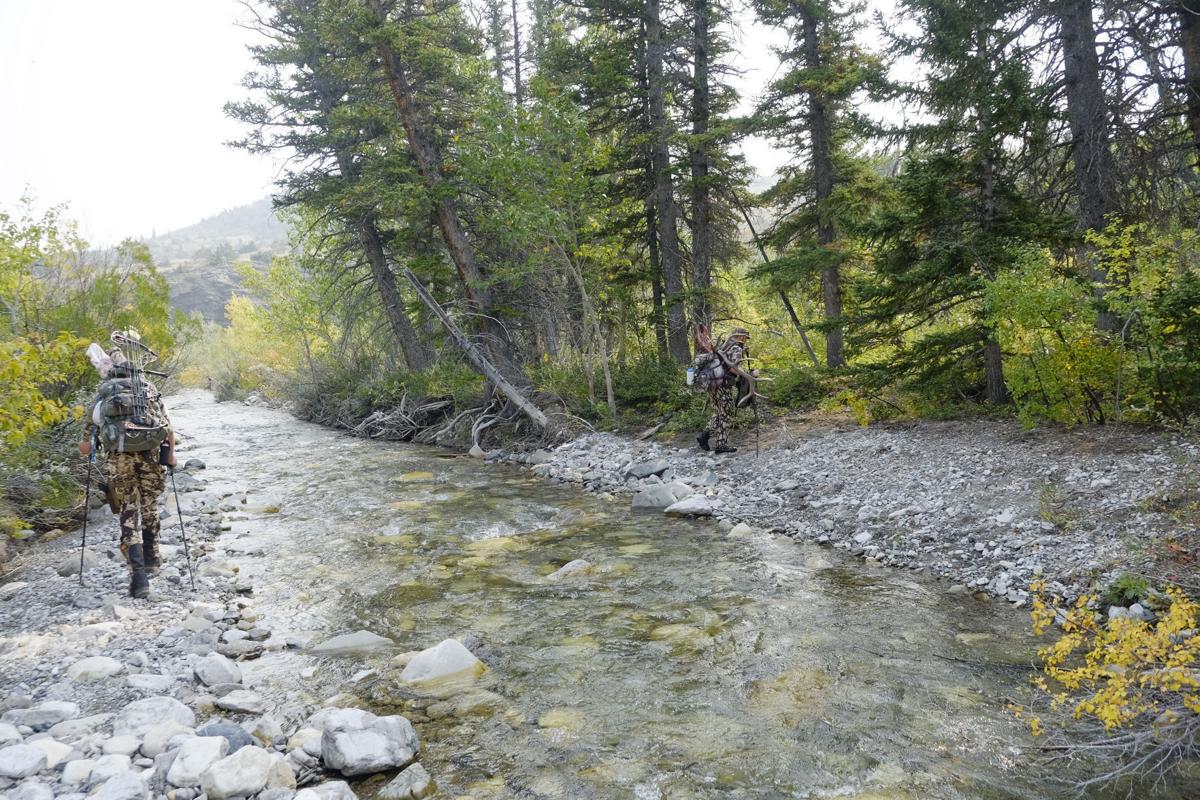 The hunters cross a creek, en route back to the truck, with the head and last load of meat the next day. 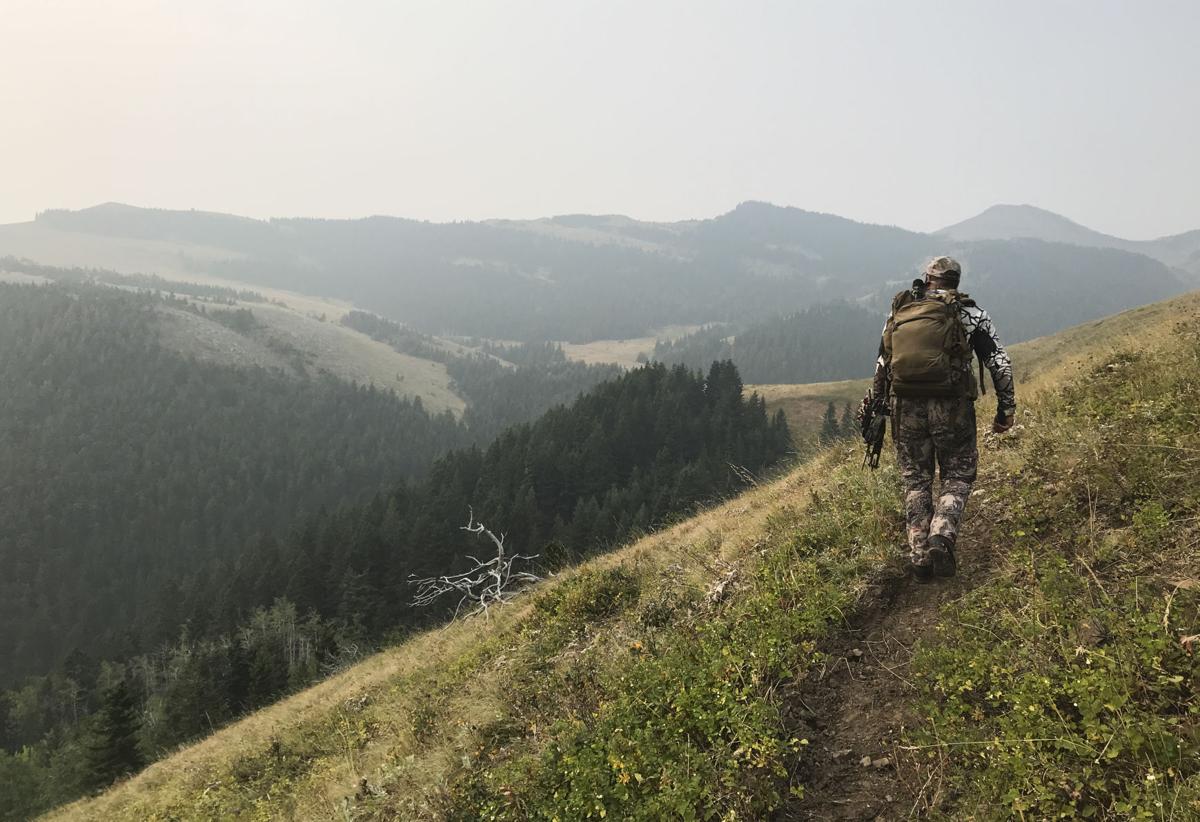 Kuglin hikes out of a basin to the south, where the hunters couldn't find a single elk in September 2020. 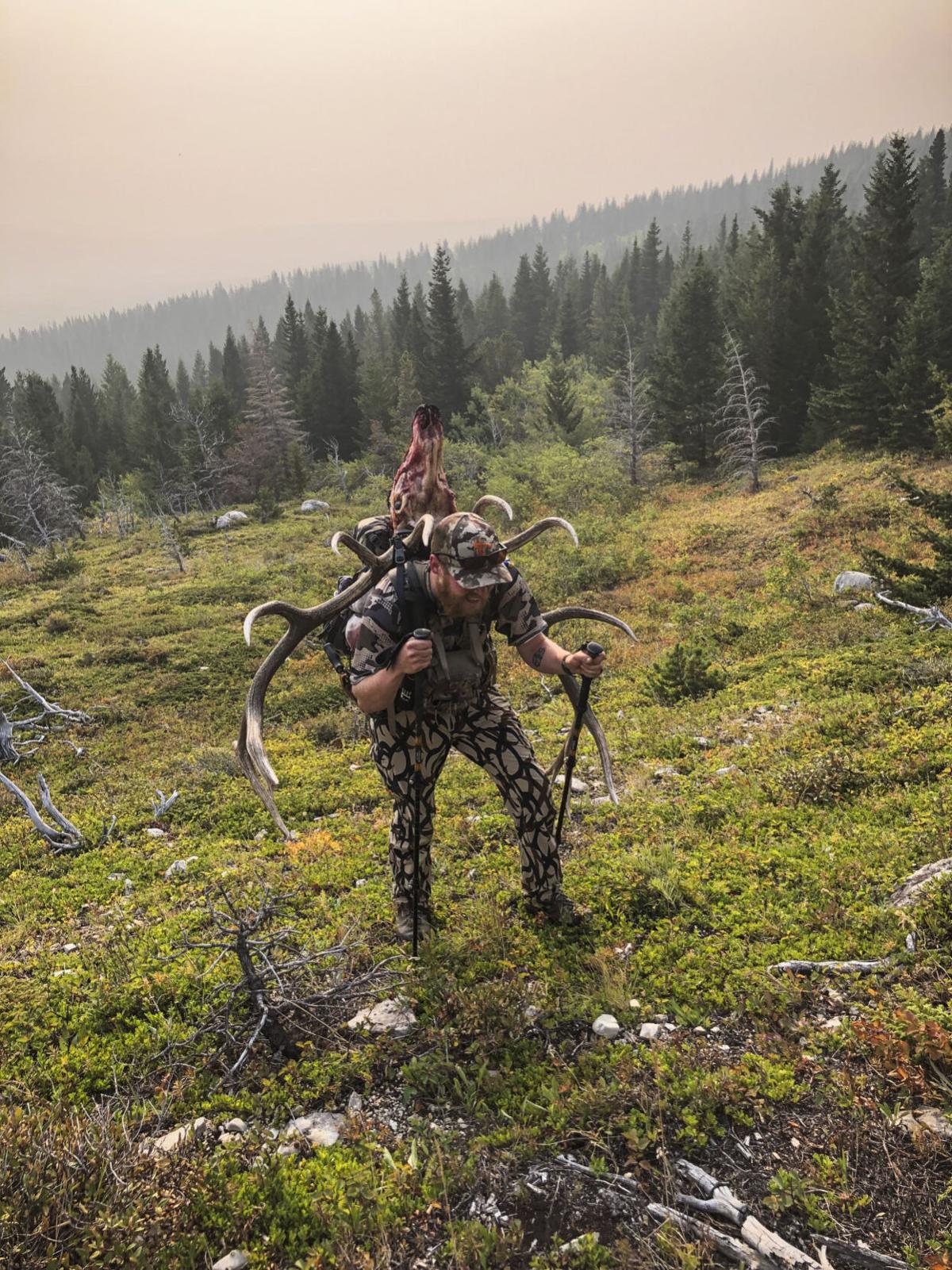 Bridge winces as he crests a ridge packing out the head of the elk and the last load of meat. 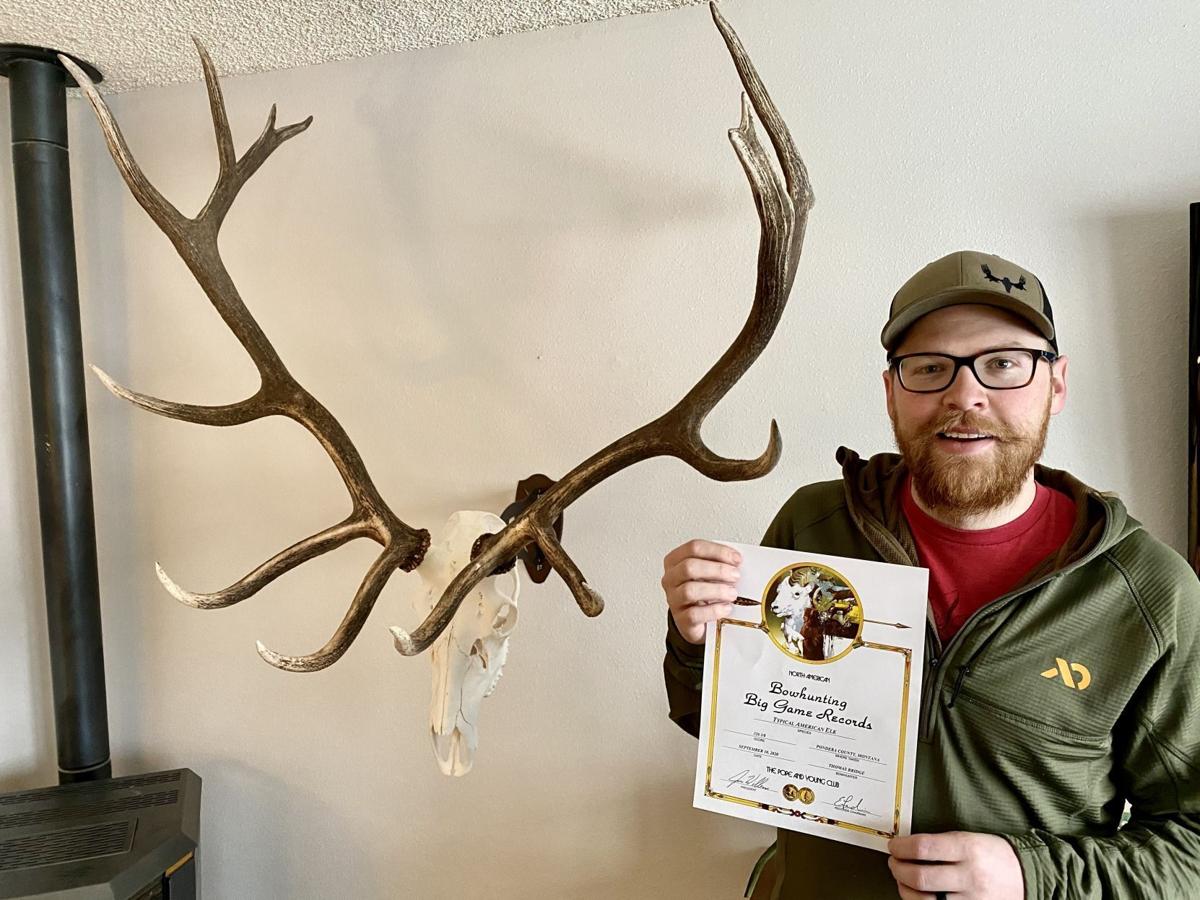 Bridge poses for a photo with the mounted bull antlers and the bowhunting big game record certificate from the Pope and Young Club.