Ancient Hawaiian sailors used stars to navigate across the vastness of the Pacific Ocean and pioneer a new homeland.

Wise men followed a star to Bethlehem in search of the earthly son of their Christian god.

About 3,000 years ago, the Mayans used astronomy to develop an incredibly accurate calendar that calculated the winter solstice in December 2012.

All of these feats were made possible by people gaining knowledge from studying the nighttime sky. Today, as artificial light pollution brightens dark streets and parking lots, night skies have become less visible in urban areas.

Mike Weasner, a dark sky advocate who lives in Arizona, said when he was in New York City he met a lifelong resident who had “absolutely no concept of what he couldn’t see.

“That’s an unfortunate aspect of this,” he said.

Slowly, however, dark sky advocates like Weasner are building a following by reigniting interest in stargazing in areas where light pollution is least prevalent. In Montana, that includes places like Medicine Rocks State Park near Ekalaka in southeastern Montana.

“We have some of the darkest skies in the world,” said Sabre Moore, director of the Carter County Museum in Ekalaka. “You can see all of the stars in the Pleiades,” a group of more than 800 stars.

Moore helped with the legwork to get the IDSA designation for Medicine Rocks granted last December. Throughout this summer, she is helping to organize events around stargazing at the park.

Pompeys Pillar, east of Billings, held a sold-out “star party” in June for 100 people and has plans for another one on July 30, said Brenda Maas, director of marketing for the tourism promotion group Visit Southeast Montana.

At Fort Peck, Carla Hunsley, executive director of Missouri River Country, is working to organize a Night Sky Trail map for the region. Among the 20 areas identified so far, many are along the shores of Fort Peck Reservoir, one of the main tourism attractions in the region.

“We are encouraging families to come out and visit our dark skies,” she said, as the number of people owning boats and campers has crowded lakeside campgrounds and docks.

Across the United States, more and more parks and other locations are seeking out the dark sky designation as a way to drive tourism as well as to promote the ecological importance of darkness, Weasner said.

“Over the past several years the demand for protection has increased dramatically,” he said. “It’s become a very popular movement.”

IDSA was formed in 1988 with a goal to protect dark skies for observatories. The Dark Sky Program began in 2001. Since then, more than 150 sites around the world have earned the dark sky recognition based on rigorous screening methods. When Weasner got involved in 2014, fewer than 50 sites were designated.

“The program has really taken off,” he said.

The IDSA describes its dark sky parks as “land possessing an exceptional or distinguished quality of starry nights and a nocturnal environment that is specifically protected for its scientific, natural, educational, cultural heritage and/or public enjoyment.”

On the down side, even less-populated states like Montana are seeing night skies diminish as development increases. According to the Montana Chapter of the International Dark-Sky Association, “80% of our citizens live under light polluted skies where only a few of the brightest stars are visible through the skyglow — and the Milky Way is missing.”

The COVID-19 pandemic forced some stargazers online where they organized virtual parties, Weasner said. Maas noted that even beginners can gain more knowledge given the technology available on smart phone apps. Hold the phone up toward the evening sky and an app like Google Sky or Star Tracker will tell you which stars you are looking at and identify different constellations, also known to astronomers as asterisms.

“You don’t have to be a science geek to enjoy the night sky,” Maas said.

The pandemic has also resulted in more people traveling to remote areas, including state and national parks where stars are more visible. As one example, Medicine Rocks State Park saw a 98% increase in visitation in the first quarter of 2021 when compared to 2020.

With more people attracted to places like Yellowstone and Glacier national parks, tourism regions in Eastern Montana are seeking ways to set themselves apart and peel off some of those visitors as they travel through the region.

In towns the size of Ekalaka, or its neighbor Baker, it doesn’t take a lot of people to make a significant uptick in the economy, Maas noted, especially if they spend the night, eat at restaurants and shop in stores.

A refocus on the night sky may sound trendy, especially when tied to tourism and the economic development it can bring, but it’s also a way to connect to history.

The Crow Tribe sees the Big Dipper, which points to the North Star, as “The Place Where The Pipe Is Pointed” or “Seven Stars.” Crow oral history recounts that the stars were formed when the Seven Bulls went to live in the sky to watch over the people.

In Blackfeet oral history, the Pleiades is known as the Six Lost Boys, young men who left the earth because they felt unloved when their fathers went hunting and didn’t bring them back an unborn buffalo calf. That’s why the stars aren’t visible in the spring birthing season, because they were never allowed to see the calves.

“There is this human connection … to the night,” Weasner said. “Native Americans knew when to plant things by the sky. It told them things related to agriculture and religion. It became part of their society.

“So, culturally, there’s a lot of significance to protecting the night sky.”

Thanks to the Dark Skies Program, more people are being introduced to starry, starry nights and the many cultural tales the bright points of light possess.

June runoff in Upper Missouri River Basin only 52% of average

June runoff in the Upper Missouri River Basin was only 52% of average this year, prompting the U.S. Army Corps of Engineers to implement water…

If you have an opinion on how the shore of Fort Peck Reservoir should be protected or used, the U.S. Army Corps of Engineers wants to know.

A new report puts numbers to the economic hit the outdoor industry took in 2020, with figures specific to Montana and Wyoming highlighted. 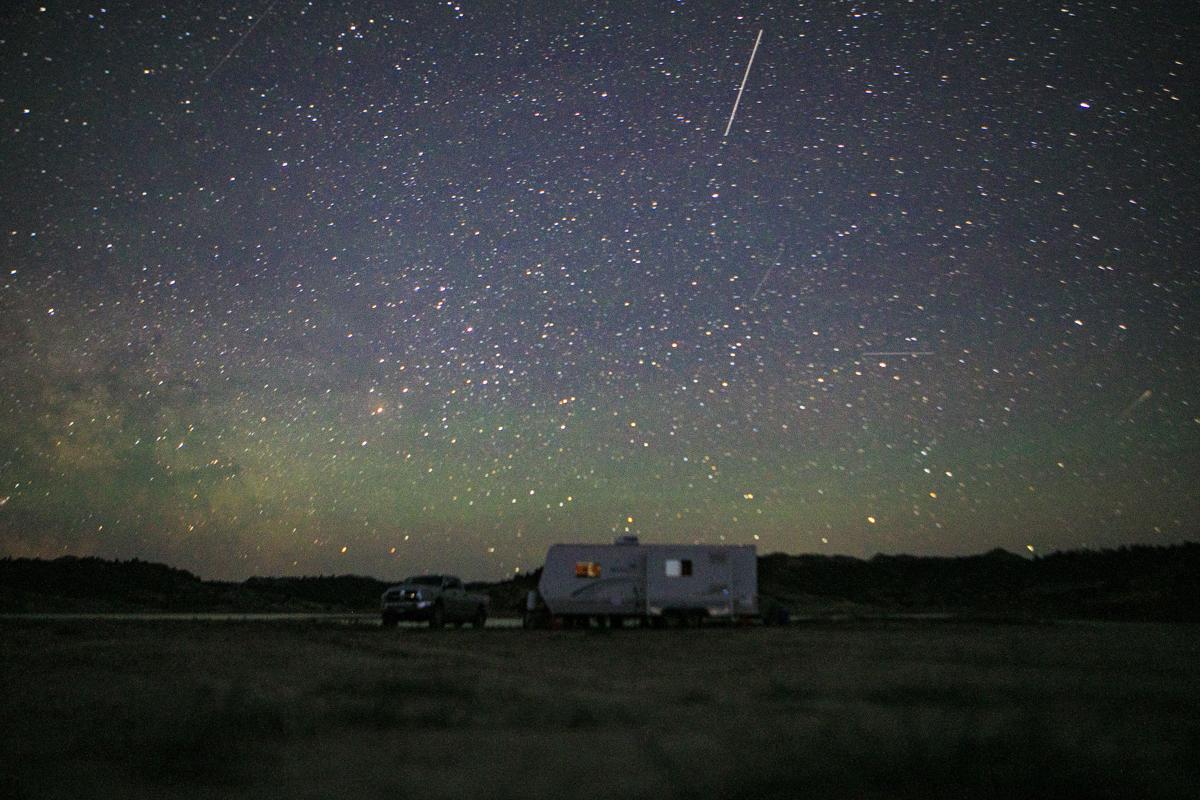 The stars shine above a camper parked at Hell Creek State Park in Garfield County in June. Stargazing around Fort Peck Reservoir is another way for recreationists to enjoy the remote location. 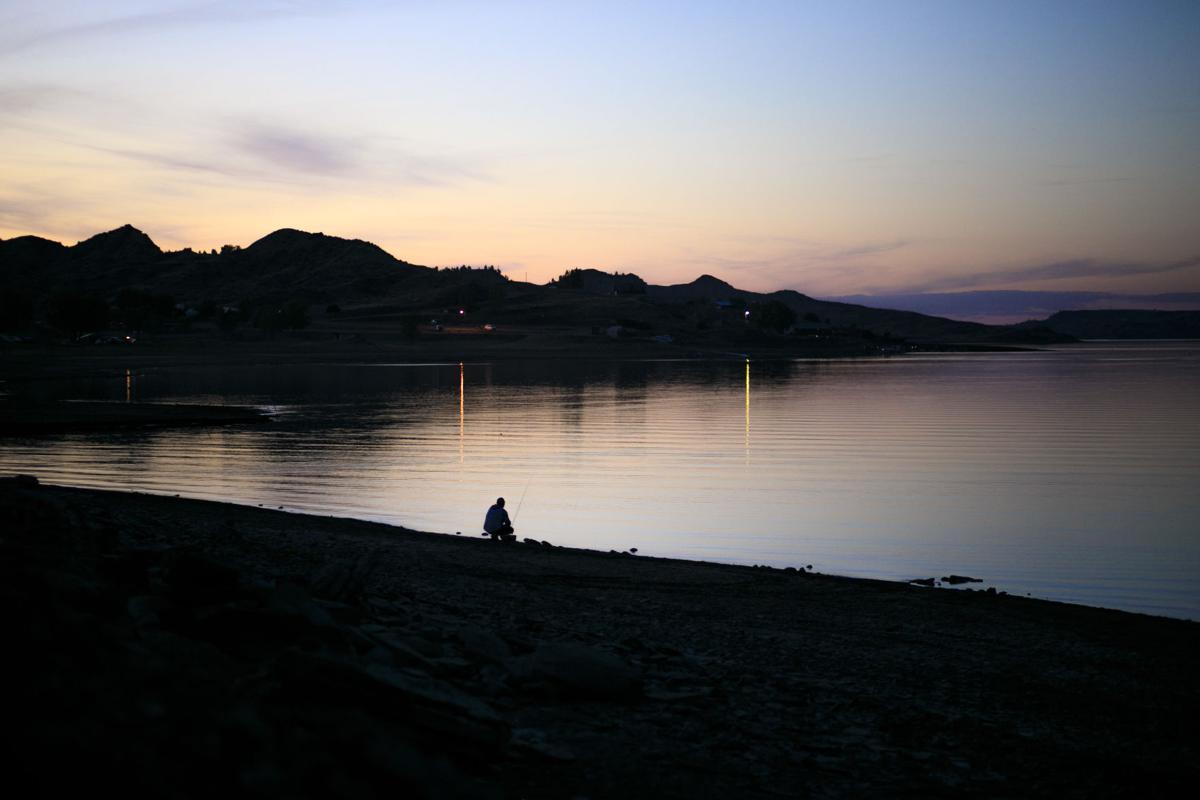 A man fishes by himself in the light of dusk at Hell Creek State Park in Garfield County. 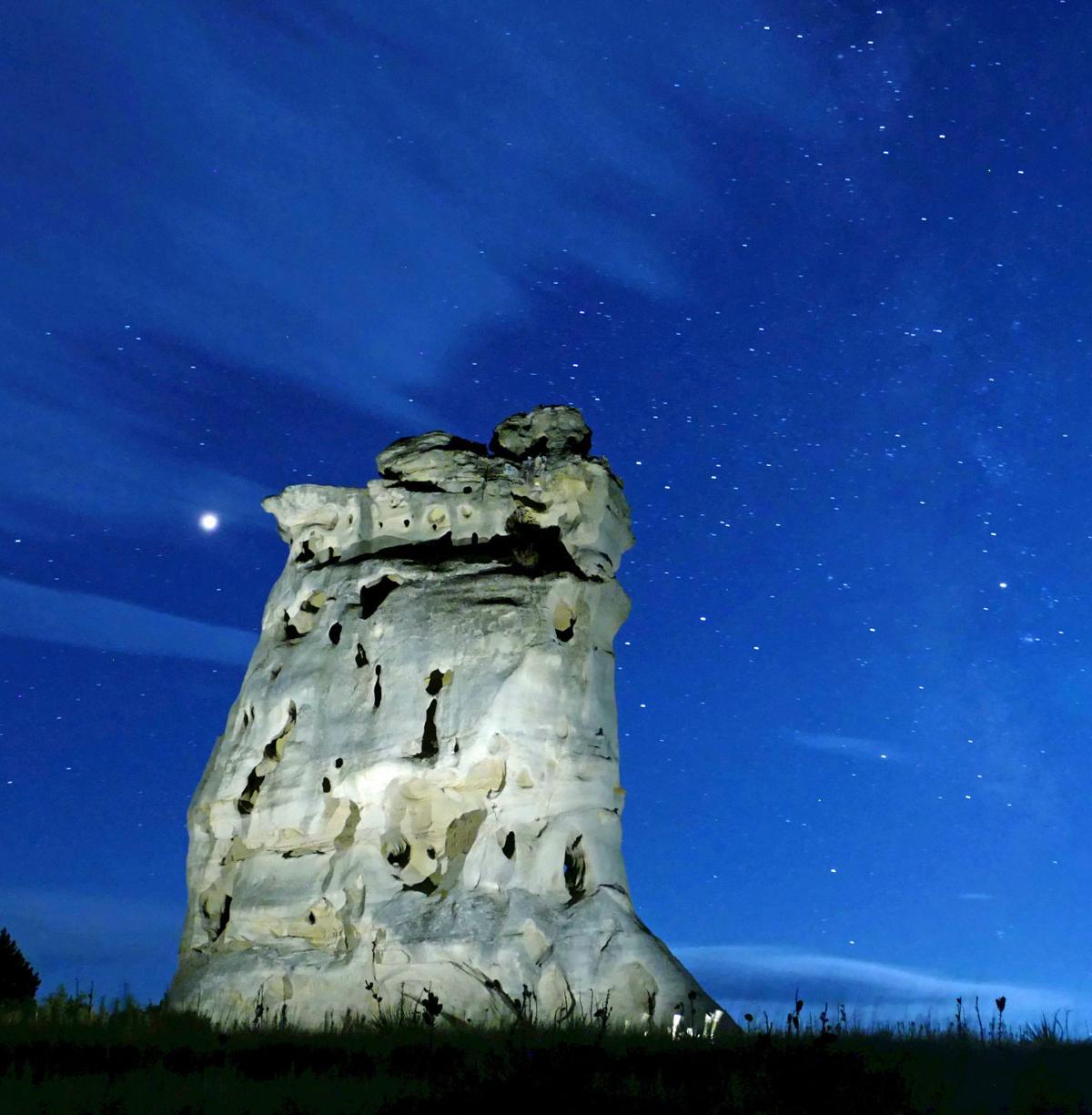 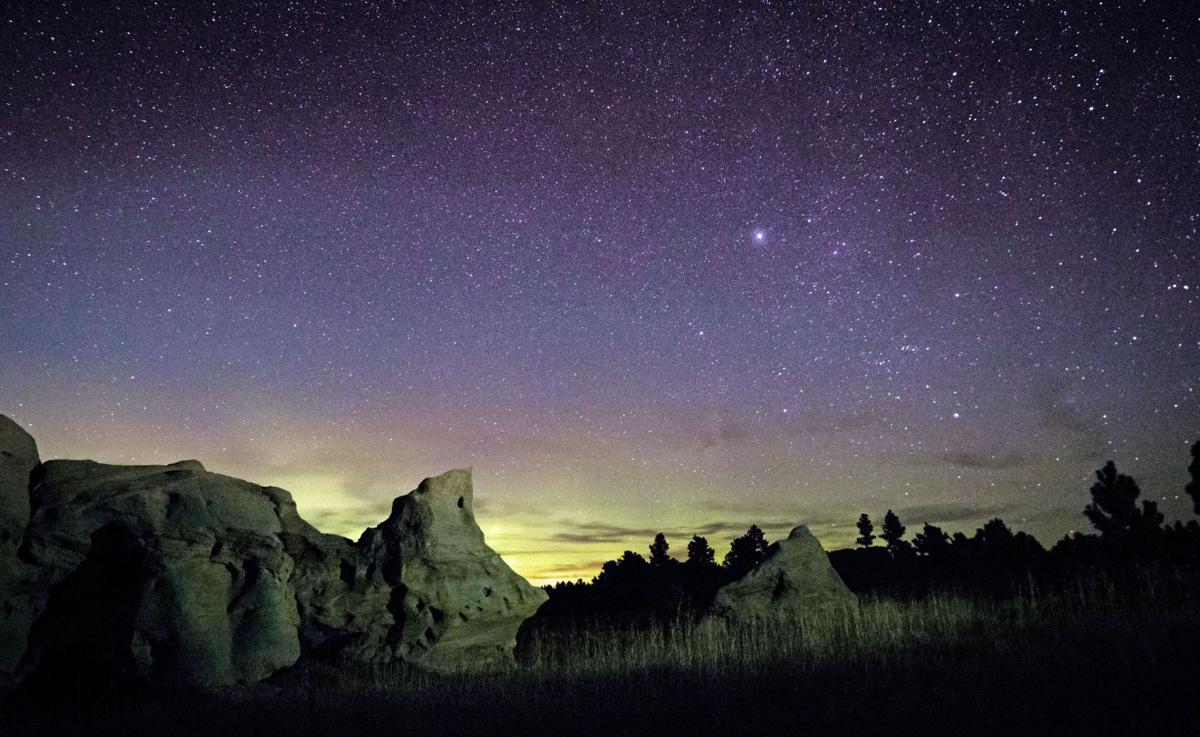 Dark sky designation is one way to promote a different kind of tourism, one that focuses on rural areas. 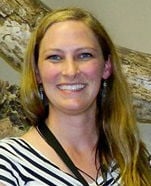