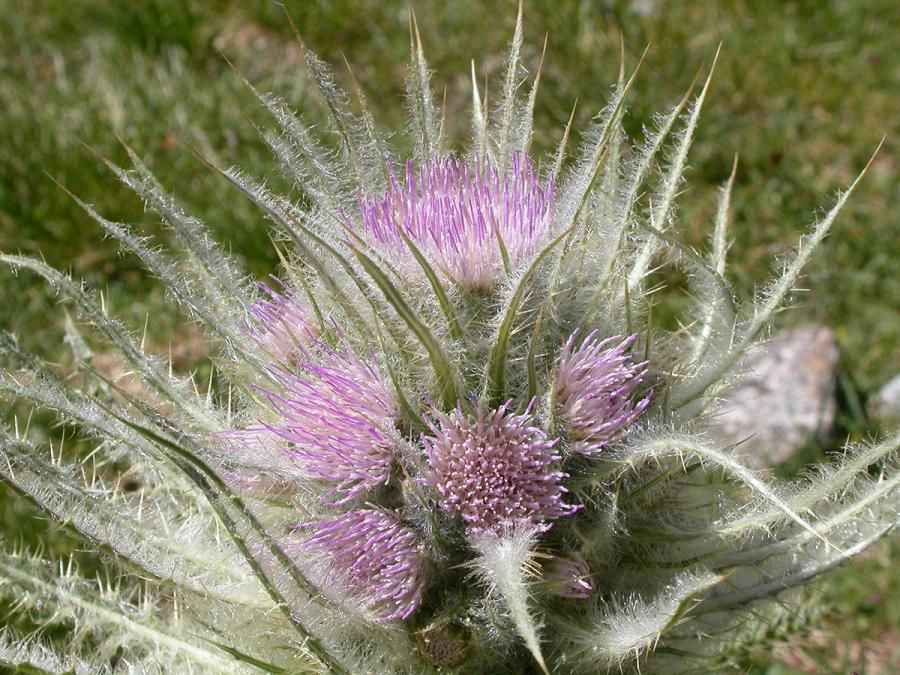 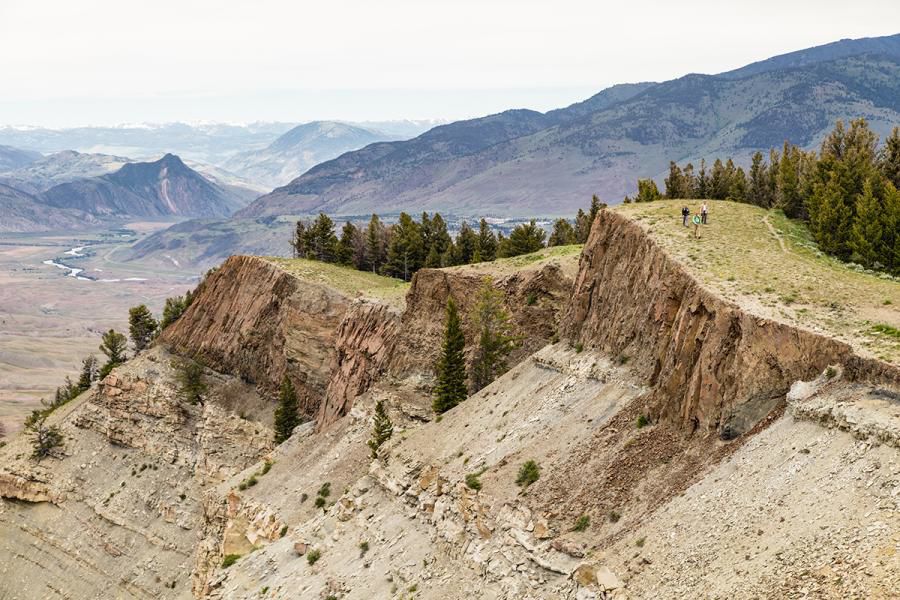 Yellowstone Caldera Chronicles is a weekly column written by scientists and collaborators of the Yellowstone Volcano Observatory. This week's contribution is from Dan Dzurisin, geologist with the U.S. Geological Survey.

"No food, no fire; no means to procure either; alone in an unexplored wilderness, one hundred and fifty miles from the nearest human abode, surrounded by wild beasts, and famishing with hunger. It was no time for despondency."

- Truman C. Everts in his account "Thirty-Seven Days of Peril" that appeared in Scribner's Monthly, November 1871

Marveling at the colorful splendor of Mammoth Hot Springs or soaking in the geothermal warmth of Boiling River, most Yellowstone visitors take little heed of nearby Mount Everts, a high but otherwise unremarkable peak on the eastern skyline. That bland description belies the life-and-death struggle of its namesake, Truman C. Everts, who nearly 150 years ago endured more than a month in the Yellowstone wilderness with little more than the clothes on his back. It's a quirky tale that earned Everts a chapter in the annals of America's first national park.

Everts was a member of the Washburn-Langford-Doane expedition that left Fort Ellis, a few miles east of present-day Bozeman, Montana, on August 22, 1870, with the goal of exploring the uncharted Yellowstone country as far south as Yellowstone Lake. It was an arduous journey on horseback, but by September, 8 members of the party had ascended modern-day Mount Washburn, beheld the wonders of the Grand Canyon of the Yellowstone, explored geothermal features in the Mud Volcano area, and on that date camped along Grouse Creek, a mile from the South Arm of Yellowstone Lake. Earlier that day, Everts had climbed to a high point at the northern extremity of Two Ocean Plateau that offered an expansive view of the lake and surrounding country. Chief-of-party Henry D. Washburn dubbed it "Mount Everts" at the time. But read on. It's a name that plays into the quirky nature of Everts' story.

Everts' fortunes soon took a serious turn when he became separated from the others and his horse bolted away with his gun, blankets, matches, and nearly everything else he had counted on for survival. He was left with only the clothes he was wearing, a small knife, and an opera glass. His companions searched for several days to no avail and were forced to start their long journey back without him. For 37 days, Everts endured storms, frostbitten feet, a scalded leg, scorched hair from a campfire, and a nighttime encounter with a mountain lion (Everts spent several hours in a tree). Throughout the ordeal, he subsisted almost entirely on the roots of a thistle, surrounded by game with but no viable means to hunt.

When news of Everts' fate reached his friends in Helena, Montana, a reward of $600 was offered for his recovery. John Baronett and George A. Prichette set off in search of the missing man and on October 16, more than 50 miles from where Everts had first become lost, they spied what they thought was a wounded bear. On closer inspection they realized it was Everts, delirious and crawling on his knees and elbows. His clothing was in shreds, he had no shoes, and the balls of his frost-bitten feet were worn to the bone. He weighed about 50 pounds.

In the care of his rescuers and friends, Everts soon made a remarkable recovery. But his tale doesn't end there. Instead it gets, well, quirky. Informed of the reward offered for his recovery, Everts refused to pay it, claiming he could have made it out of the wilderness on his own. When Henry Washburn decided to name a peak near Mammoth Hot Springs after Everts in the mistaken belief that is where the rescue took place (actually near Blacktail Deer Creek), Everts objected. He preferred to be memorialized at the more majestic peak he had climbed near the South Arm of Yellowstone Lake (now known as Mount Sheridan). He petitioned for the name change, only to be denied. But there were consolation prizes. In 1872, Everts was offered the job of first superintendent of the newly created Yellowstone National Park. He turned it down because there was no salary for the position. And a final twist: The thistle on which Everts subsisted for 37 days is now known as "Evert's Thistle." Somehow, the misspelling, which includes an apostrophe that shouldn't be there, seems oddly fitting.

Moral of the story: While in Yellowstone, always tether your horse.