Three years after its last eruption, Ledge geyser in Yellowstone National Park roared back to life on April 28.

Ledge is the second-largest geyser in Norris Geyser Basin, after Steamboat. What it lacks in size, however, Ledge makes up for in sound.

That noise comes from the constriction of the geyser’s plumbing through which hot water and steam is forced during an eruption, Hungerford said.

According to the park’s website, Ledge is capable of shooting water 125 feet into the air.

“Because it erupts at an angle, however, the water will sometimes reach the ground 220 feet away.”

Yellowstone has 1,300 thermal features and 500 geysers, more than anywhere on Earth, thanks to the underlying Yellowstone supervolcano. Like most geysers, Ledge’s eruptions are erratic.

“Very few of our geysers erupt regularly,” Hungerford said. “We’re lucky to have Old Faithful and others that erupt so frequently that we’re able to determine within minutes.”

The park’s website said Ledge has “erupted at regular intervals of 14 hours” in the past. “The geyser became inactive between 1979 and late 1993. It erupted on a fairly regular cycle of every four to six days in 1994 and 1995.”

Although studies of the park’s geothermal plumbing system are constantly undertaken by scientists to better understand the park’s subterranean connections, there is still much that is unknown.

“These are dynamic systems,” Hungerford said.

According to the website YellowstoneNationalPark.com, Ledge geyser was named by “J.E. Haynes in 1927 because of its position under a ledge of geyserite. When it is active it erupts from five vents. Before an eruption, one of the small vents fills with water, splashing begins and progresses into a powerful burst of water. The main jet arches at a 40 degree angle and jets out 125 feet. The other vents may also play for up to 30 or 60 feet high. The main eruption lasts 20 minutes and slowly subsides after two hours. There is a rushing sound which accompanies each eruption, and the steam phase roars and rumbles.”

Water near the geyser has been measured at 202 degrees, and drilling in the region has found water near 400 degrees. So it's no wonder Norris is one of the hottest and most acidic places in Yellowstone.

To the south across the basin from Ledge is Steamboat geyser, the tallest active geyser in the park, capable of shooting water 300 feet into the air. It has been erupting since last March after a long period of quiet that began in 2014. Since erupting in March 2018, Steamboat has logged 47 eruptions, far exceeding its old record of 29 set in 1964. It’s most recent eruption was on May 8 at around 8 a.m.

Hungerford said one of Steamboat’s recent eruptions was pushed by the wind to the west, coating nearby trees with a sheet of ice.

Scientists can only speculate why long-dormant geysers become active. Monitoring equipment placed by scientists has shown the Norris Geyser Basin slowly rising about 2 centimeters a year.

“But now we might be on the cusp of subsidence when the ground is actually lowering,” Hungerford said.

Water recharging the geothermal system from heavy snowmelt can affect geyser eruptions, he noted, as can seismic activity.

“It’s a fantastic wonder to have. It keeps us on our toes,” Hungerford said.

Yellowstone Caldera Chronicles is a  written by scientists and collaborators of the Yellowstone Volcano Observatory.

Yellowstone National Park officials are encouraging tourists to help scare bears by honking if one comes near their car.

Montana's Steve Bullock announced early Tuesday morning that he is running for president in the upcoming 2020 election. Here's our coverage.

Genghis Khan exhibit featured at Bozeman's Museum of the Rockies

Abandoned by his clan after his chieftain father was poisoned, Genghis Khan would recover from his youthful impediments to become one of the g… 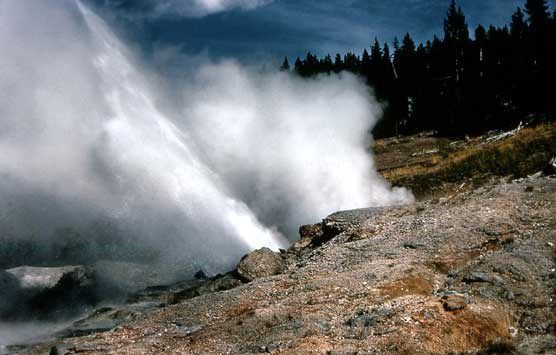 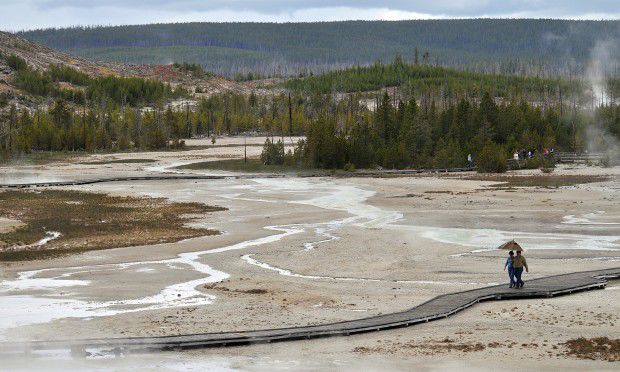 Norris Geyser Basin is one of the hottest and most acidic places in Yellowstone Park. 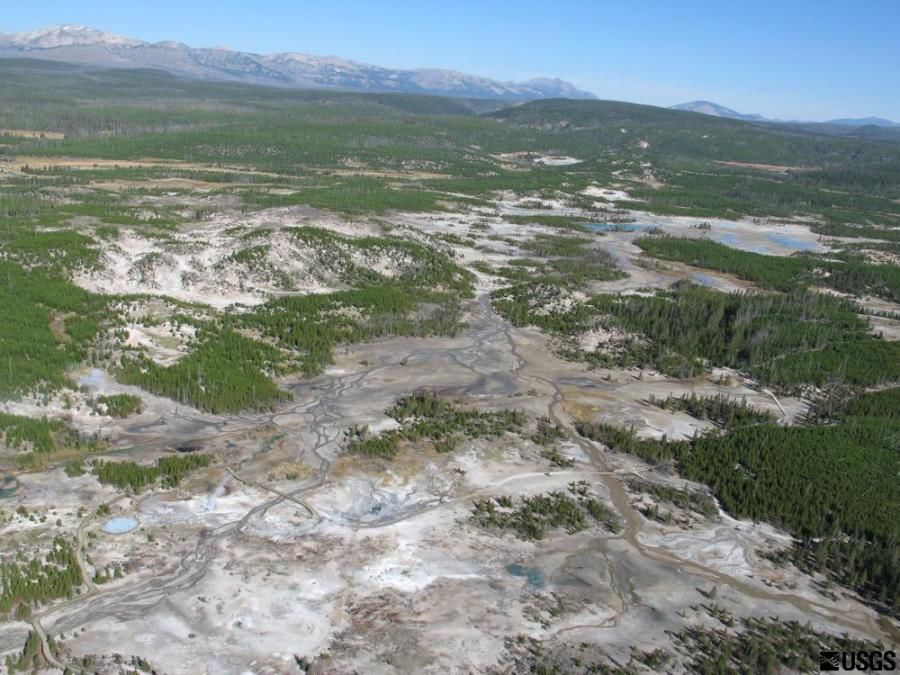 In 2005 USGS/YVO postdoctoral fellow Brita Graham Wall used a radio-controlled camera attached to a helium balloon to take photos above Norris Geyser Basin to gain insight into the distribution of cracks and fractures that feed the hot springs.