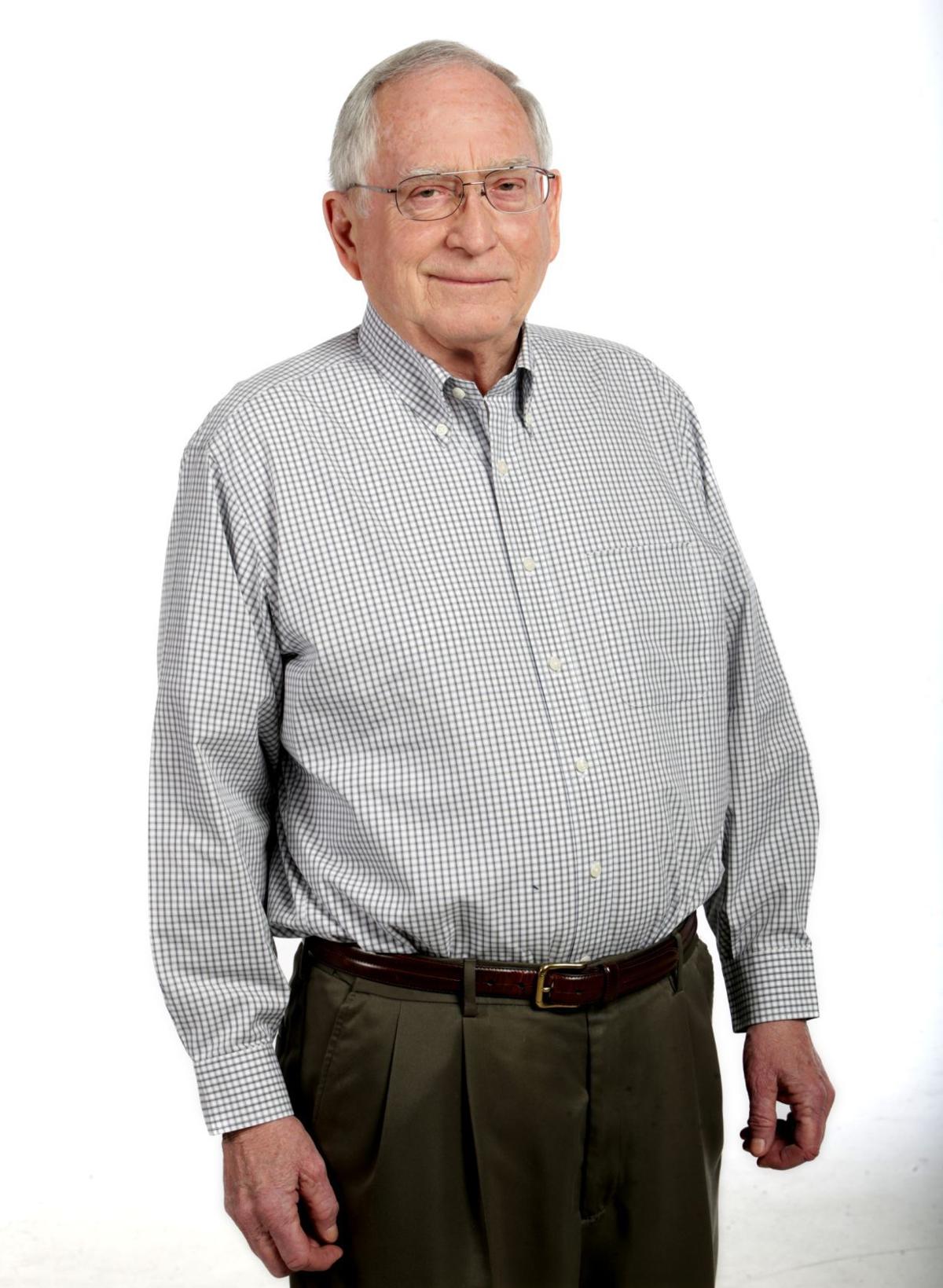 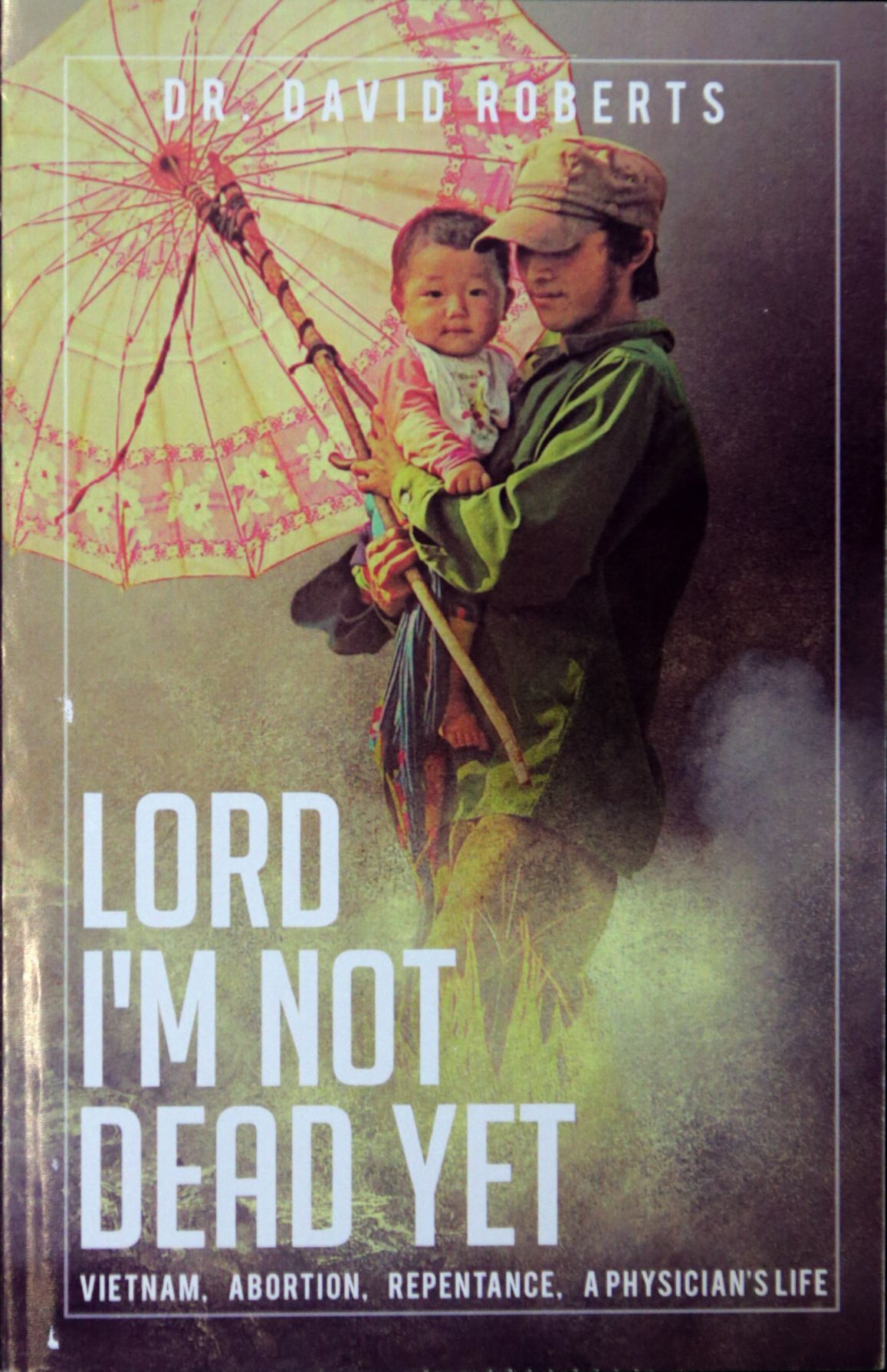 "Lord I'm Not Dead Yet" was written by Vietnam veteran Dr. David Roberts.

Dr. David Roberts joined the United States Air Force in 1965. He grew up in the Louisville, Ky., area. This is part of his Vietnam story. For the complete interview, please go to billingsgazette.com/Vietnam.

In his senior year in medical school, as he was completing his medical internship with the Air Force, the war in Vietnam broke out. He was assigned to Vietnam and a small, Army special forces camp.

Roberts: "We were part of a military public health assistance program team. There were 40 provinces in Vietnam, and they wanted to put a team in each of those provinces. So, they sent seven Army, seven Air Force teams and six Navy teams, and if you add that up it's 20.

"... Our task was to provide health care to Vietnamese civilians. I was assigned to Camp David Whitter. ... It was a B-team camp and the total makeup would vary from 25 to 30 with our team, special forces and there were usually some Air Force pilots that would be there. One or two that would serve as forward air controllers. Since it was a small camp, everybody had to pitch in. That was probably the only place in the world and only point in history where Air Force doctors pulled guard duty in an Army Special Forces camp. ...

"Around the camp, there was ... a 30-bed hospital. There were usually four to five patients in a bed and the family would be bedded down around the bed, under the bed. Most of those were patients that had malaria. The children were severely malnourished. ... There were a number of deaths every day ... There was no electricity."

Gazette: How are you supposed to practice medicine you don't have running water nor electricity? And it's not sanitary?

Roberts: "You do what you have to do. The hospital would have electricity for maybe one or two hours a night. In an area that we later used as an operating room, there was a lightbulb. ... There was no running water. In the operating room, we scrub; not only scrub down the patient so that you're operating in a clean area, but the surgical team scrubs. They scrub their hands and arms and wear caps and masks and gowns and gloves.

"When I first got there, we had gloves. We didn't have any water to scrub with. We had a few masks. There was no operating room.

"Our operating room had a screen door in the front and in the back without any way of latching it. ... That operating room once we got it started was the center attraction for the community. All the kids would come and some of them would come on through the door and gather around the operating table to watch us operate. One day, a cow stuck her head in. That's when I decided that we had to do something. ... Within 24 hours, people from the 1st Infantry Division arrived on the scene with fenceposts, post-hole diggers, barbed wire and staples. Our staff didn't have to put the fence up.

"There was a prison or jail nearby and the prisoners all tried to help with the hospital. ... I looked up and saw the prisoners trying stretch barbed wire by hand and I went out and I showed them how you could take two claw hammers and stretch barbed wire. ... One of those Vietnamese nurses was really upset. She and another one came running out to me and said, 'Baksee Robert' — which meant 'Dr. Roberts' — 'You cannot do that. You're a doctor. You work with your mind. You cannot work with your hands.'

Gazette: Did you find it frustrating to practice medicine in conditions that primitive — where cows were in the operating room?

Roberts: "In a situation like that you use what you have and you do what you can. We had patients who needed chest tubes and we didn't have any chest tubes. If someone came in with a collapsed lung and you had to put in a tube to draw out that air and allow the lung to heal, so the sergeant that ran our central supply said, 'There's really no difference between a chest tube and a rectal tube.' So, he sterilized rectal tubes, and that's what we put in people's chests, and it worked. There was no such thing as nasogastric suction machines, but one of the corpsman knew how to set up bottles of water and create a vacuum with water flowing from one bottle to another. That provided suction. We didn't have running water, but UNICEF every now and then would send a big box of supplies."

Gazette: How'd you have anesthesia?

Roberts: "When we first got there, we found a few vials of what was made up for spinal anesthetic. We started doing some cases of spinal anesthesia. One day, in one of these UNICEF boxes, we got this wooden box that was an anesthesia machine that was made for the British commandos. It could be air-dropped. It was an ether machine.

"In the States, no one uses ether anymore because people would get nauseated and really sick after surgery and it was because when they used ether in the earlier days in this country, they didn't have any way of controlling the level of anesthetic. With this ether machine, we could control it. It's also not used in the United States and most developed countries because they use electric anesthesia and ether burns. Ether gas can possibly be explosive and we didn't have electric ... so we didn't have to worry about that."

One story Roberts tells to medical students, interns and residents is the story of Dr. Jones.

Roberts: "When he arrived, he went down to the clinic his first morning. About 10 o'clock in the morning, one of our corpsmen came to him and asked me if I could help out at the clinic. ... He said that Dr. Jones had left. He went back to our camp and for the next couple of weeks, we never saw him in uniform. He just laid in bed and he never got up except to go to the latrine or eat, although he did pull guard duty and put on his uniform if it was his turn. People began to be concerned about Dr. Jones and then after about two weeks, he had a little portable typewriter and he'd sit at the typewriter until early in the morning until 10 or 11 o'clock at night typing. This went on for a while.

"When I was in the clinic and one of the nurses came to me and said, 'We just saw Dr. Jones' and he went to the minister of health's office. There was a local lower level minister of health. Pretty soon, I saw him come walking out with a folder in his hand, in uniform. He and this minister were bowing to each other and he got in a Jeep and drove over to the province chief's office. From there, he went to Special Forces camp commander's office.

"Well, I found out what was going on with Dr. Jones. When he got there, after a few hours in the clinic, he saw people who were probably going to die, and rather than just trying to treat all of them, he knew most of those illnesses were totally preventable. ...

"He knew if he could get clean water, the cholera epidemics would go away, the typhoid would go away. If you could give them latrines and get them to use it, there would be no more problems with the worms, and if you could spray DDT on the ceilings of the houses and buildings, the problems with malaria would almost completely go away.

"He worked out this public health program, and we would go into these villages for what we called 'a med camp' and we'd have units from the 1st Infantry Division or Special Forces to provide security for us. We'd go in and pass out rice in 50-pound bags and a bathing station, bathe all the kids. ... We also passed out clothing. ... They could be immunized for typhoid and cholera. ... We usually set up a dental station, which was the backseat of a Jeep and extract really bad teeth for people.

"A year after we first got there, specifically a year after Dr. Jones got there, we were in the same time of the year and that was the big time of the year — the big malaria season — we had gone to four or five patients in the bed and people dying right and left to one patient per bed and empty beds. People weren't getting malaria. We weren't seeing the severely malnourished anymore. Thousands of lives were saved because of the work Dr. Jones had did."

Gazette: Did you think he had lost it?

Gazette: Did anyone talk with him?

Roberts: "The Special Forces officers started coming to me, asking me, 'What are you going to do with Dr. Jones?' And I know what they were thinking was: We need to put him on a helicopter to Saigon and maybe he needed to be court martialed. It ended up that our unit won the Outstanding Unit Air Force Medal. We didn't win it because of the care we gave, but because of the public health program Dr. Jones put together."

"Lord I'm Not Dead Yet" was written by Vietnam veteran Dr. David Roberts.