Paul Cimmino served in the U.S. Army during Vietnam. He was raised in southern California, but has lived in Montana for several decades. He is a psychologist and this is part of his his Vietnam story.

Paul Cimmino: "Like a lot of people who graduated in 1969, I wasn't really sure what direction I was going to go in. I was in a rock band that actually did quite well, and for some reason they asked me to leave, so my father — there's a legacy in my family, my father was in Patton's Army and uncle Jimmy was a captain and medical doctor — we had a lot of background. ... So I joined the Army thinking that I was seeking to be a military policeman. I had been law enforcement explorers but ended up quite misdirected by my father who said go in armor and you can do anything. Then I realized that armor was a tank.

Cimmino completed basic training and was shipped to Kentucky for training in armory and tanks. He spent a year at Fort Hood as a tanker. When he arrived in Vietnam, he was transferred to an infantry division as a motor sergeant and was in charge of the vehicles in his unit.

Cimmino: "If a vehicle was hit in combat, I had to determine if it was a combat loss or if it could be repaired. Some of those excursions were quite interesting; for example, if a vehicle had gone out and run over a mine. Where I was, I was stationed in Quang Tri, which was right on the demilitarized zone. ... I had to drive up to a place called 'Charlie 2,' which was a firebase, and 'Alpha 1.' ... Going up there was quite interesting. I haven't talked about this for awhile ...

"The first time I went up to Charlie 2, which was the first time I was outside a regular base, which was kind of secure, back then, in 1970, we were pretty good and pretty solid. Later, after I left to come home, which was an emergency. ... Quang Tri was pretty much overrun. ... I am in this quarter-ton truck, sitting on mortar ammunition, which was a resupply, and so we drove through this little town called Cam Lo, which was the last South Vietnamese town before you get to the DMZ. ... There was three or four miles of nothing before going up to the Charlie 2 basecamp, and we hit a left and as we were driving up there, I was just in the back, absorbing the bumps, and suddenly there's an explosion that was quite significant, and I remember a lot of black smoke coming back and engulfing the vehicle I was in.

"OK, I'll try to get through this. And so I heard a lot of screaming and crying, and, anyway, what happened was the vehicle in front of us, which was a half-ton truck, had run over a mine. However, the land mine was attached to a 200-pound bomb that was ours. Often our bombs wouldn't go off, so the enemy would booby trap and use our bombs against us. So in this case that's what had happened. These guys had run over this thing. When I think about it, if they had missed it, maybe we would run over it, and I was sitting on all this mortar ammunition. I would have been like a Sputnik. Of course, hearing these screams, I jumped out of the truck to go up and assist and help these fellows, and I didn't get three feet and all of sudden there was an M-16 rifle put in my face by another soldier. He said, 'Stop! Get back in the truck.' And I started arguing with him. ... These guys were 25 yards from them, we got to go assist them. I could see the cab was burning. This guy locked and loaded down on me. And he said, 'Get in the f---ing truck or I will blow you away.' I was stunned. What could I do? So I went back in the truck and continuing to hear these fellas screaming for help and smoke still coming back there. And then there was a cook truck behind and this black soldier. He said, 'Hey man, be chilly.' Instead, of the word 'cool' in Vietnam, 'chilly' was the word. He threw me an apple. He said, 'Eat this man, and everything will be chilly.'

"So later, I find out that new officer had made a policy when a mine was hit we couldn't get out because we had to do mine sweeping before we went out, which I still think was stupid. But this other fellow with the M-16 didn't. Eventually, the hospital helicopters came down, and I didn't hear any more voices. I have no idea what happened to them. I don't think those guys made it. That was the first thing. Then we move on, and we go on to Charlie 2 and entering the base, the guard that was there was an interesting fellow. He was like, 'C'mon in man. Peace, man.' I am saying to myself, 'Dad, this isn't Patton's Army.' ... I am looking for my vehicles (to do mileage logging and inspection), and I couldn't find them. I see this man standing there, kind of a big guy, and he was an officer. I could tell that. And I poked him on the back, and he turns around and there are two stars, it's a general. I go, 'Uhhhh, uhhh.' I said, 'Uh, uh s-s-s-sir, do you know where the motor pool is?' And he's just looking at me and he doesn't say a word, and all of sudden, our major comes in and says, 'Are you in my unit?'

"So the first sergeant says to me, 'Son, do you know what that was over there?'

"He says, 'I am going to tell that major that I took care of you, but listen, 'Go carry out your duties, and when I see you again, you better have your helmet on and your .45.'

"I said OK, and I was shaking in my boots, and he told me where the motor pool was. And I go and take the mileage. At the end of the day, I am looking for this quarter-ton to get me back home — a lot nicer because it wasn't full of ammunition. ... It started raining because it was monsoon season. We had to get gas. ... And all of a sudden, incoming, incoming. The enemy started firing rockets at us. Now, they were lousy shots. They didn't even get into the compound. Ninety percent of the time they didn't get into the compound, they hit all around. So we're getting gas, wanting to get the heck out of there, so we started going up the hill, and we can't get up, even with the four-wheel drive, we're sliding back down. Seven or eight guys push us out. We finally got out, and I remember that guy just screaming out of there, looking back and seeing those little puffs of black smoke and thinking, 'Oh my God, this was my first day out of the base camp.' I don't know if I want to go to Charlie 2 anymore."

Gazette: How does a person deal with that? How do you cope with that?

Cimmino: "I am 19 years old. I had been through training. And to be honest, my family knows this, when I left to go to Vietnam, we flew over San Francisco bridge. ... I looked down on it and said, 'That's it.' I already determined that I was not going to return, and I think that attitude actually helped me."

Cimmino: "I wanted to live and survive, but there was a part of me that already wrote myself off. If I got back, that was an extra blessing, you know? So with that attitude, I just couldn't wait to get back to my unit and get with my buddies — maybe go party a bit and listen to some Janis Joplin and we only had four tapes — Janis Joplin, Blood Sweat and Tears, (Paul) McCartney and The Doors."

Cimmino: "I was buddies with a supply sergeant, and he had his own room in the back, and in those days, we had the old reel tapes. I know we had four of them, and all I know is that we listened over and over again to Janis Joplin, McCartney that first tape he made on his own, just McCartney, and Blood, Sweat and Tears. So those three albums stand out in my mind. ... They become kind of signature reinforced in your brain."

"I wanted to live and survive, but there was a part of me that already wrote myself off. If I got back, that was an extra blessing, you know?"

Paul Cimmino's story is a good example of some soldiers finding a new purpose during the Vietnam War. Cimmino went on to get a doctorate in psychology and help many veterans in his own practice. 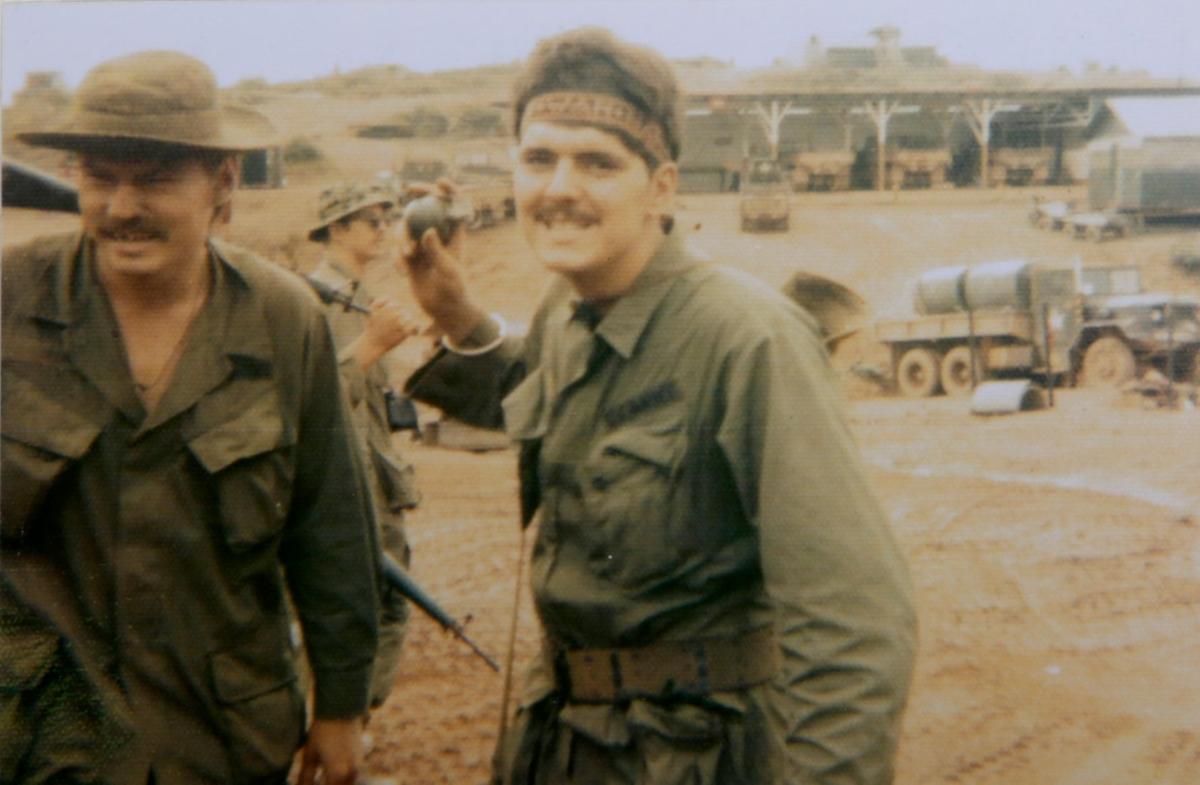 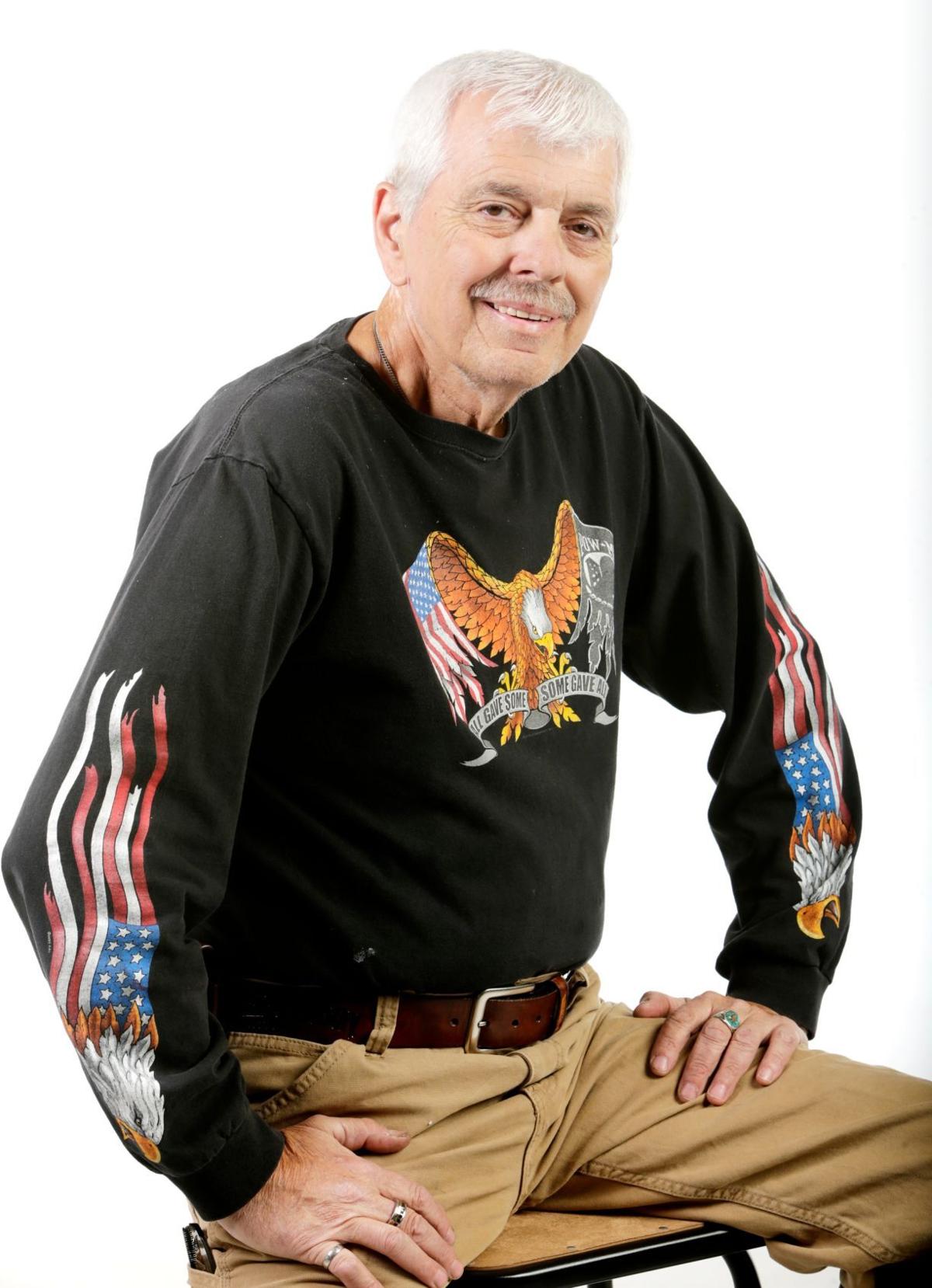